I'm building a sauna as cheaply as possible, and the only item I won't be building myself is the heater. It will have regulated temperature. 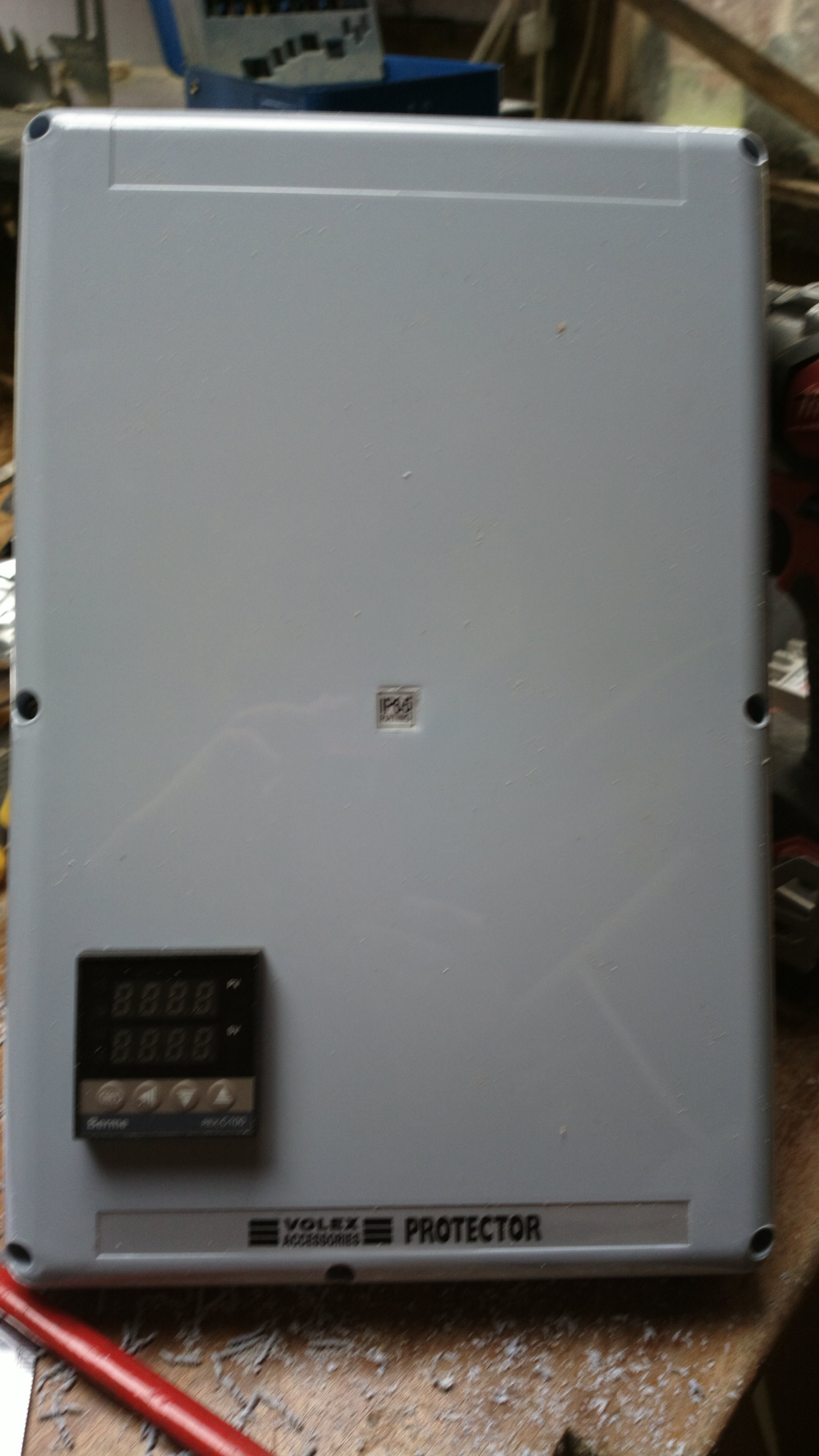 It's a bit of a mess now. There's no point tidying it up now, because some other components will still be added. But here's an idea of how it will work. 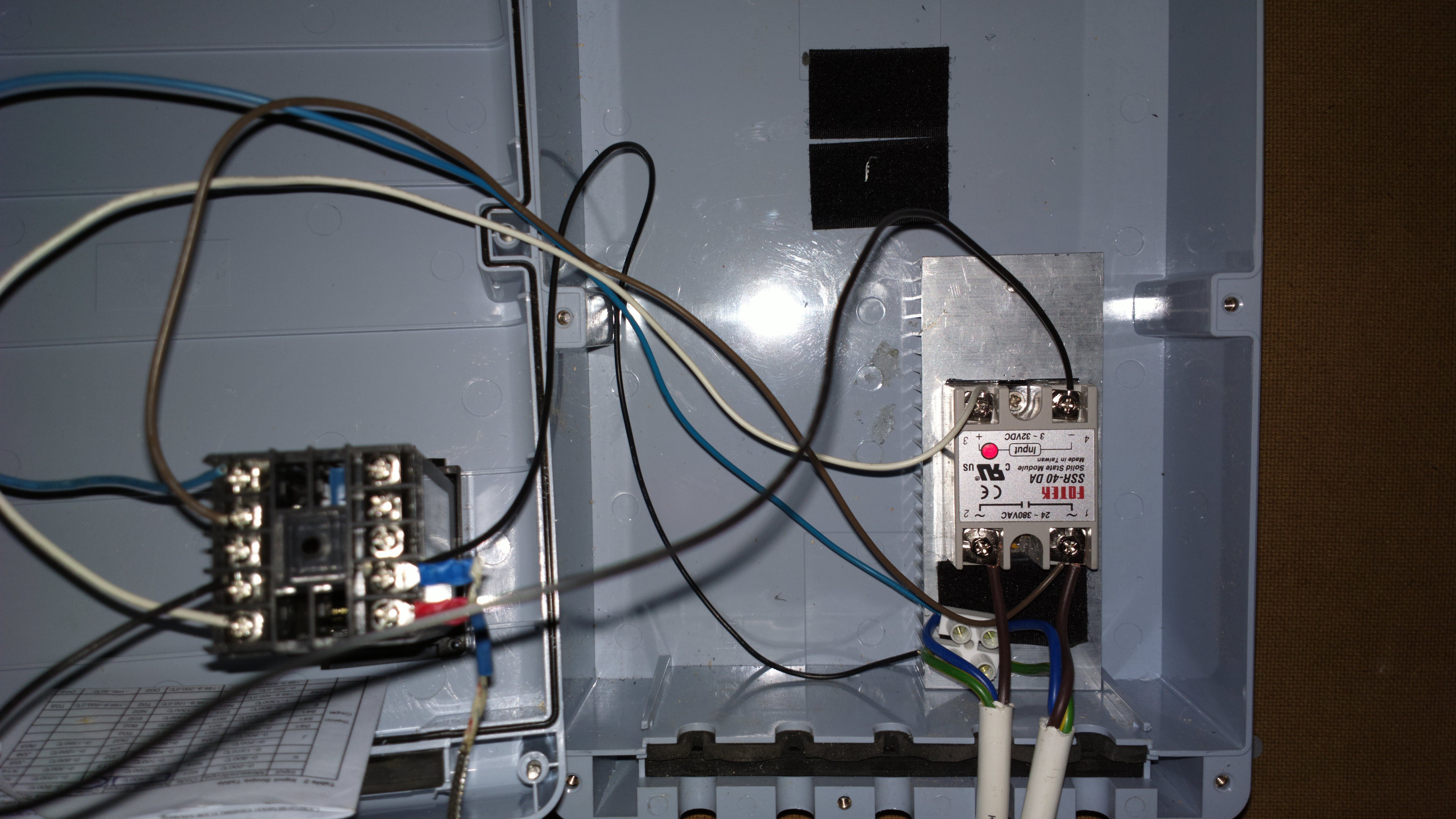 From the front the controller looks more businesslike, with the actual temperature in red, and the programmed temperature in green. A little green LED shows that the SSR is switched on. 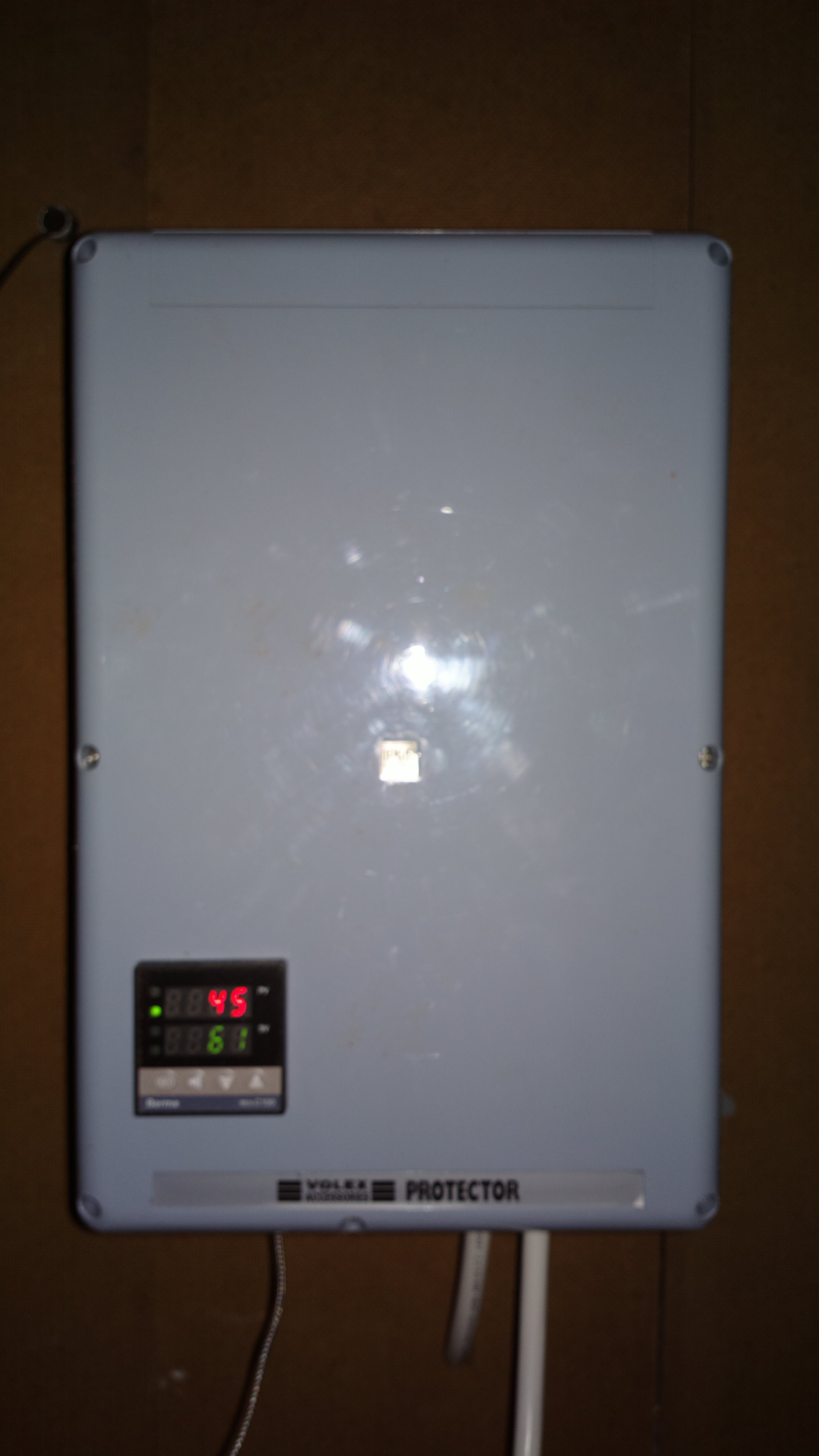 Here are some preliminary temperature measurements:

I'd like the temperature to be a get a big higher than 60 degrees, 60 is already in the range to be useful as a sauna.

Once I've cladded the door with cedar the temperature should get higher, because now there is a 1 cm gap all along the side of the door from which heat escapes.