A general purpose interface PC interface that should be able to give a regular pc I/O interfaces that are commonly found on MCU-s.

When developing something, or doing some sort of experiment, I often need some kind of control. The usual way would be to just throw in a mcu, or something Arduino like. But what if you need something that needs something more, or you just want something done very quickly with just a few connections? Why bother with Arduinos, when you have a super fast computer next to you that has a proper monitor, mouse and keyboard? Not to mention that you can choose which language you want, and have a proper debugging.
The only devices like this that I saw used old hardware, like 8051 mcu-s, and connected via the LPT port, which is almost non existent nowadays. So I would like to have something that would speed up the developing of my projects, and not having it cost hundreds of dollars for some fancy proprietary hardware. The idea is to have a cheap and expandable solution that would allow for an open source and flexible platform that can be expanded, regardless the initial hardware concept.

In the current concept, the interface consists of

-6800/6500 series bus, which is also Intel 8000 series compatible. The bus is intended to be used to add extra peripheral devices, such as faster USB I/O interfaces, GPIO interfaces, etc...

-I2C bus for I2C devices that might be used

-Current DAC, which can also be converted in a voltage DAC

-ADC with a input amplifier which gain can be modified

The bus is driven at the clock of 1MHz, which is actually adequate for this prototype, since the FT245 maximum transfer rate is similar.
At the moment for generating the two phase clock an old MC6875 clock gen IC from Motorola is being used, but that should be replaced when switching to a larger PSoC device, one that has more logic cells, and more I/O pins. 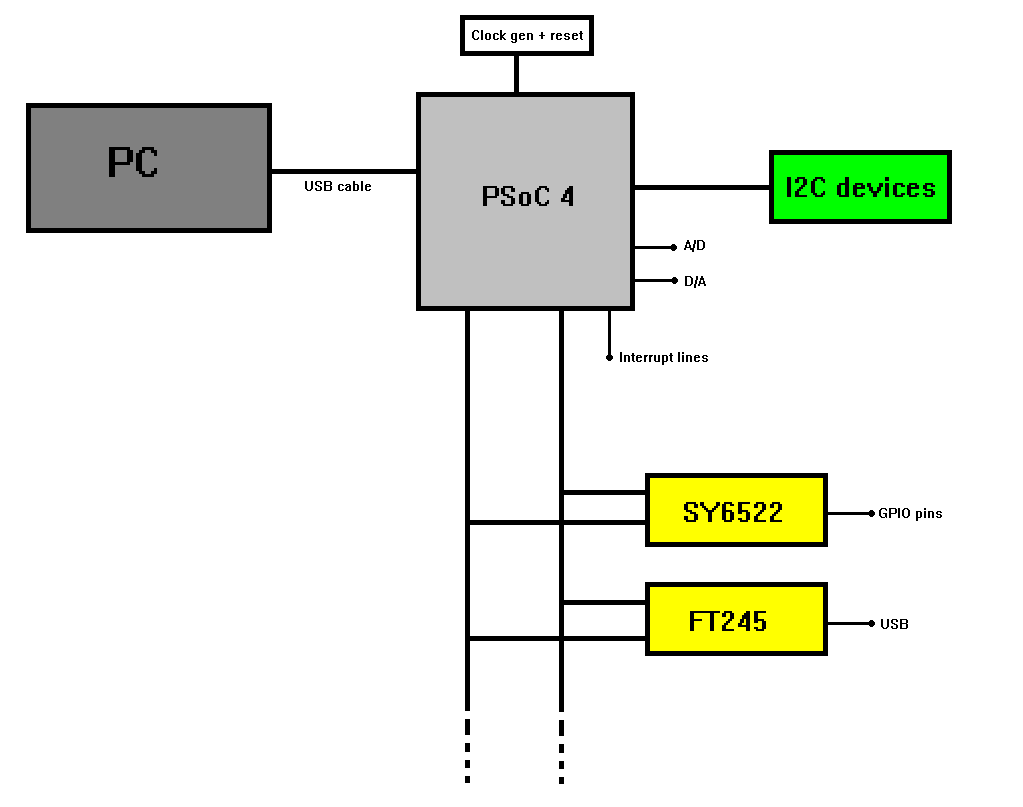 Use any number of devices as MIDI inputs or outputs over USB.
Project Owner Contributor

The 2015 Hackaday Prize
How is it 2015 and USB to Serial is still a thing?
Project Owner Contributor