A project log for Strain Wave Gear with Timing Belts

Using a 20mm wide belt, gear parts should be less than 10mm each when the sides are assembled there isn't friction between the two halves.

I used a Arduino MKR1000 using the Timer5 library, controlled by the Blynk app. The sketch controlled a DRV8825 stepper module. I can make details available upon request. Here is the configuration of the Blynk app: 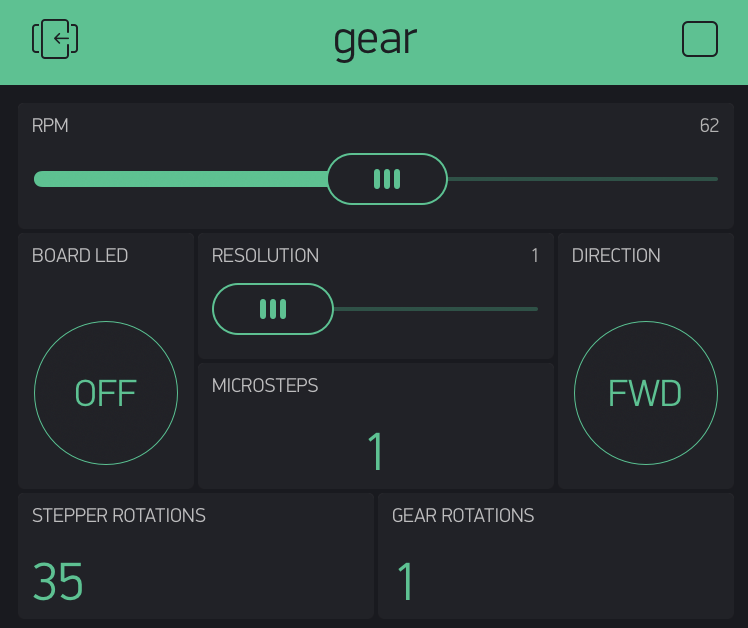 I can feel there is more torque on the gear output. What is an effective way to measure torque? I have 5M and 8M and belts of different diameters.

I would want the stepper speed and current to the controlled/captured at the same time. A current sensing resistor supplying the input of an op-amp, conditioned, then captured by the ADC, should work but is there an easier/better way?

A laser diode mounted on the gear output pointed at a wall would allow measurements to find the effective repeatable resolution. Then finding out what force results in what loss of resolution or repeatability.

CNC cut test gear based on the parametric generator

Great project log Ken! Torque (and probably angular resolution) will be difficult to isolate, let alone measure, until the output gear is more constrained than it currently appears to be. The mechanical arrangement has been one thing that has slowed me down in getting my next iteration up and running.