One of my first video projects (other than the hinted-at SPI screens from my introduction video) was getting 640x480 VGA out of an Arduino by addressing 2 pixels per clock cycle.  All work and no play makes PK a dull man, so while I was placing a parts order for VGAtonic I ordered a few F-class 74 logic chips to clean up that project a bit - we're down to an Arduino and 3 pieces of external silicon (well, and a temporary serial input if you want to program it from your Arduino IDE).

Here's how it looks on a breadboard: 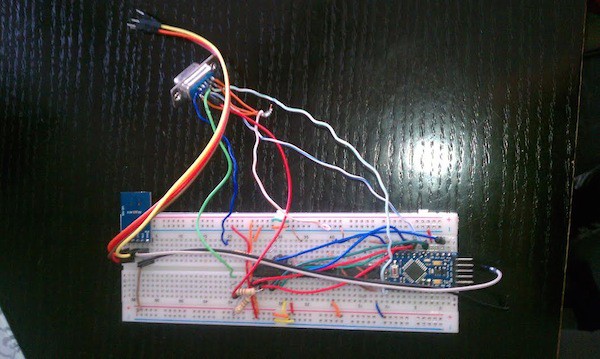 And here's the updated schematic: 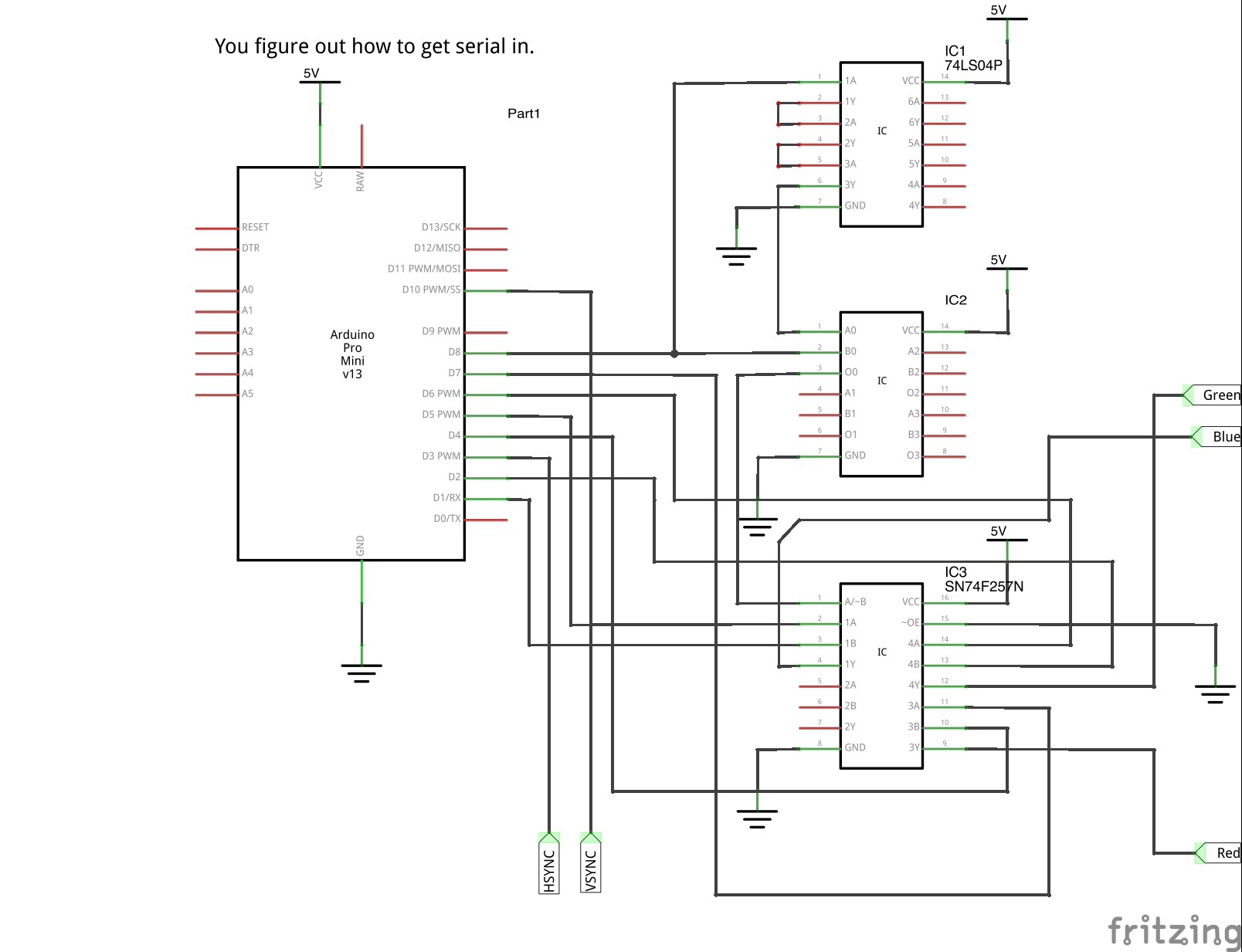 Now, back to your regularly scheduled non-hacky project, VGAtonic - I'll be recording a video with the newest update.

Let There Be VGA