I actually started this project in november or so, but haven't got myself to write something about it. Then, 1kB contest appeared and I was busy by squeezing as much code into 1024B as possible, so 1GB memory rpi zero received only little of my interest.

I made board hosting rpi zero, USB hub, USB Wi-Fi module, two USB A ports, audio filter and amplifier for headphones, power supplies for all the goodies and microcontroller to control it all. 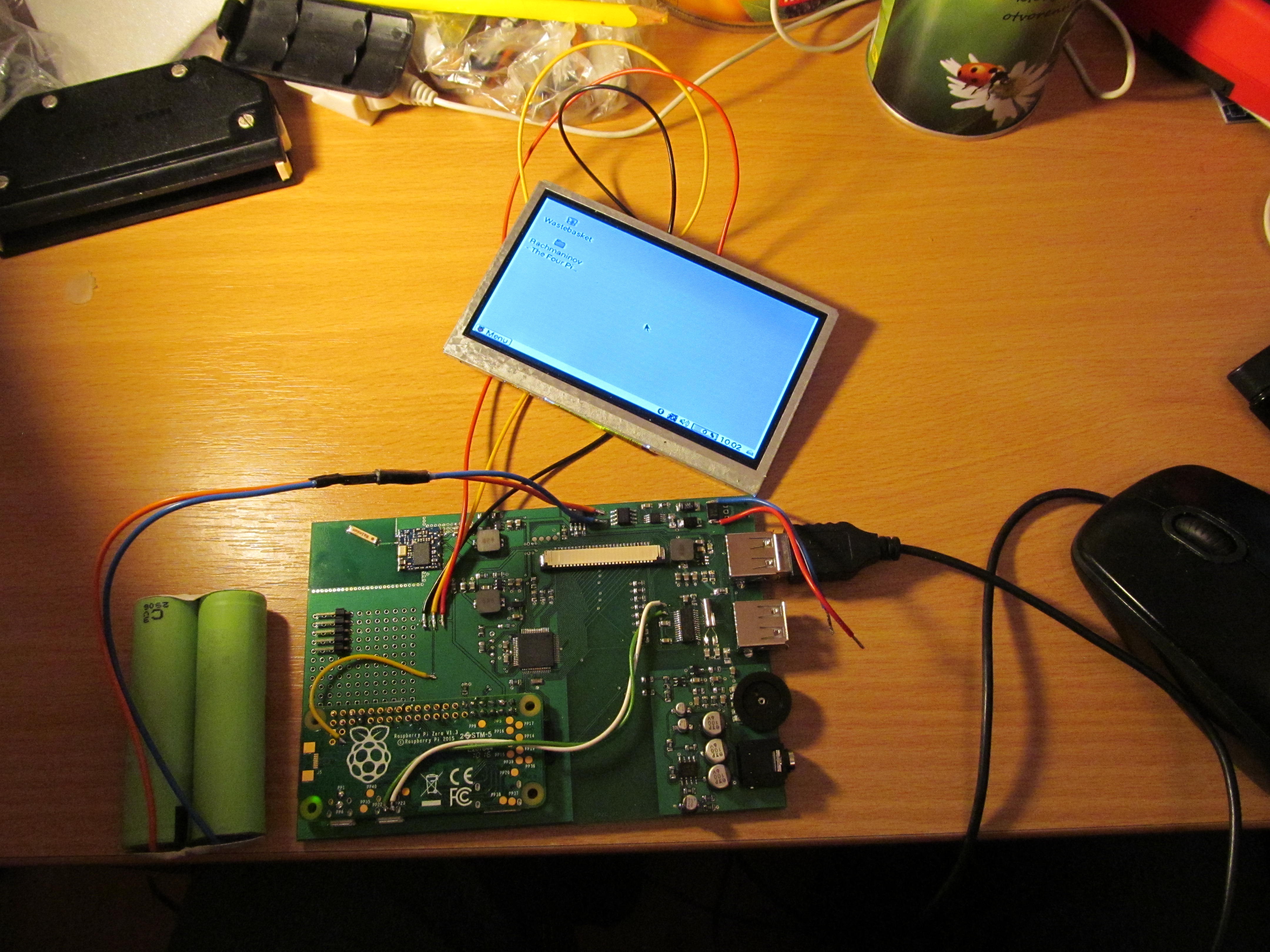 Honestly, I'm not exactly sure why I opted for USB WiFi module instead of ESP8266 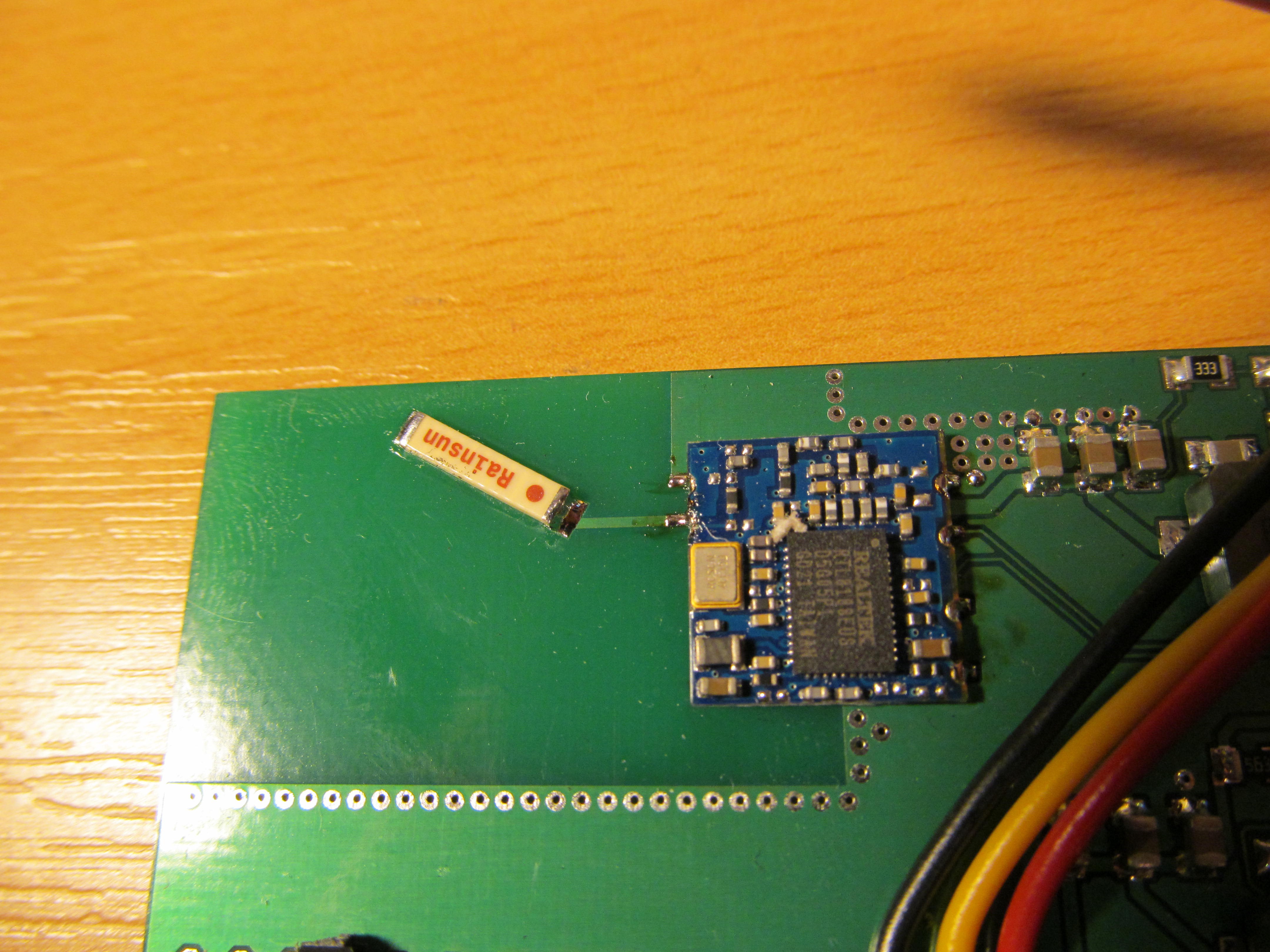 Battery is two 18650 cells in series, here is charging/switching circuit for it. In bottom right corner is 5V DC/DC supply for USB. There are two more DC/DC supplies - 5V for rpi, 3,3V for WiFi. 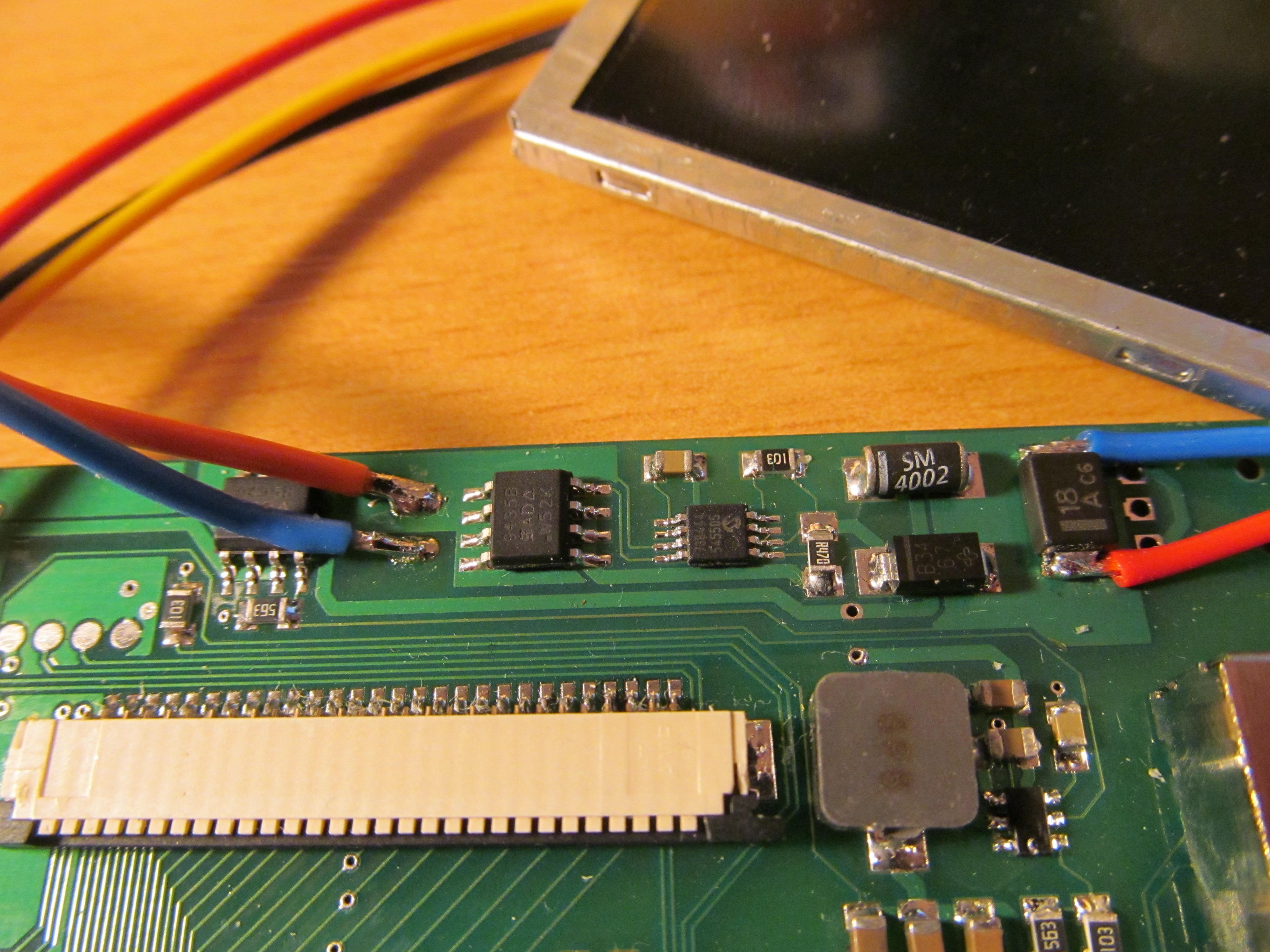 Display is 4,3" composite input. The picture quality is not good at all. Higher contrast transitions are blurry and display is leaving "ghosts", look 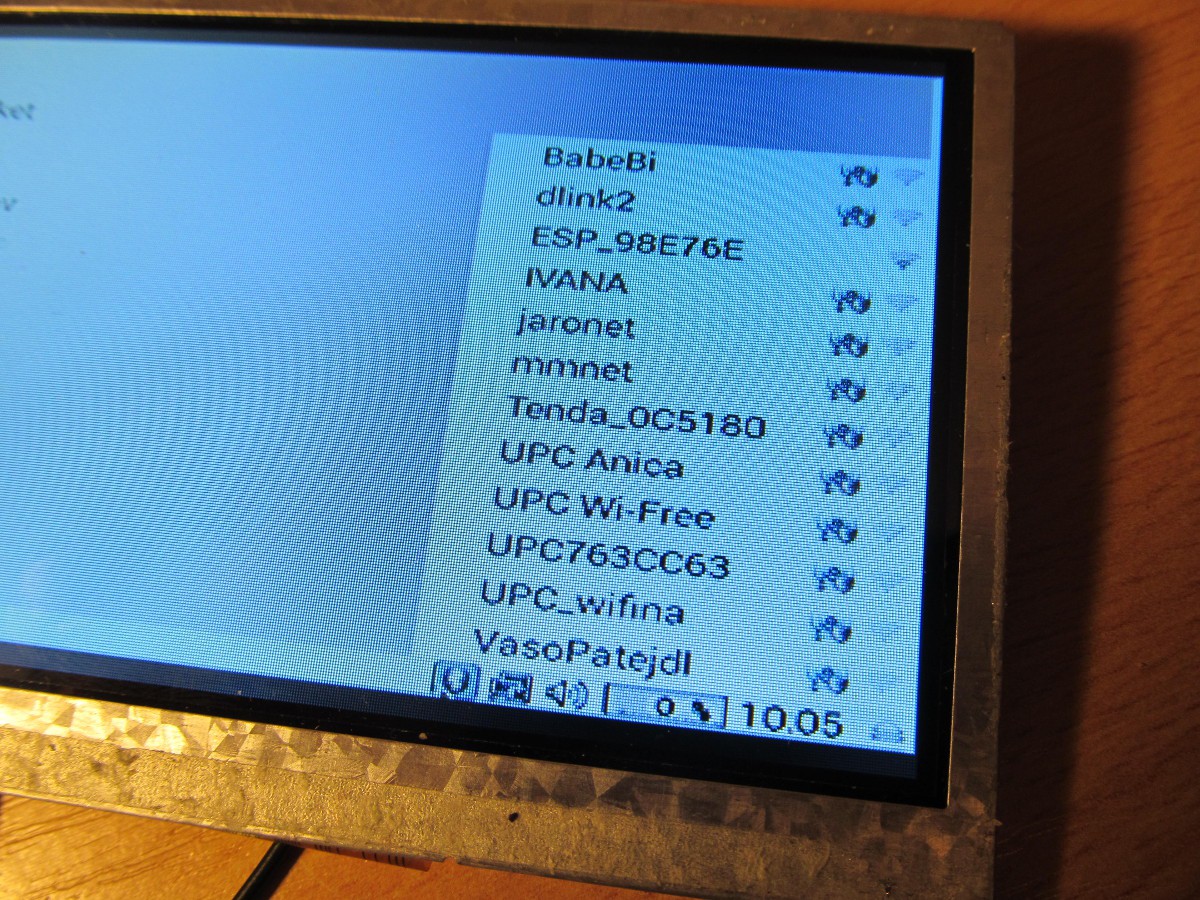 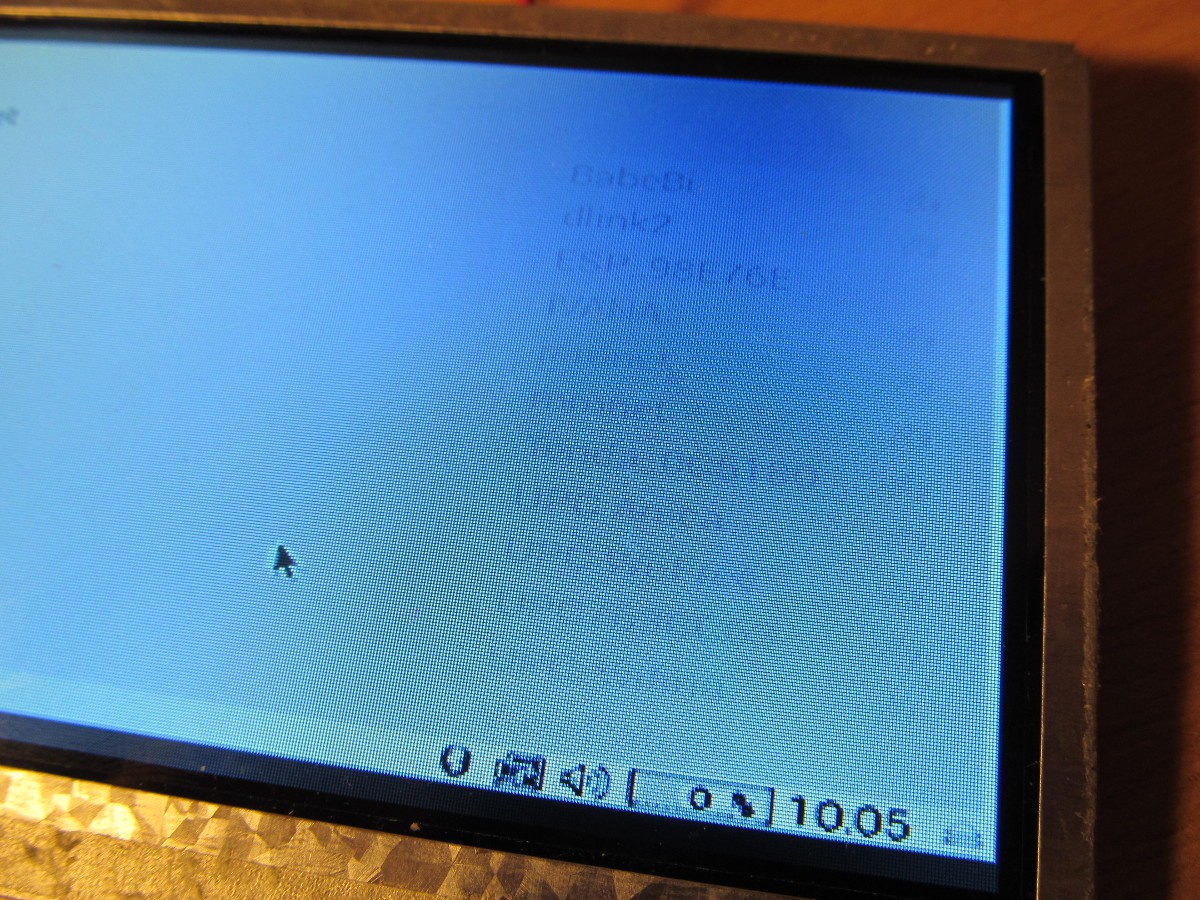 By the way, the original display was more than poorly made. It's internal regulator was set to 4V, supply voltage for display controller was dropped by serial resistor. The worst crap I've ever seen. Resistor wasn't dropping enough, chip got 3,6V and overheated, drawing too much current. The DC/DC converter for backlight was fed via another dropping resistor, decreasing its efficiency. Replacing the series resistor by proper 3,3V regulator and letting the DC/DC fly by removing its resistor, I saved approximately one third of display power consumption. Another saving could be introduced by replacing LDO by switching DC/DC, but probably I will not go this way, as the composite output is really poor. 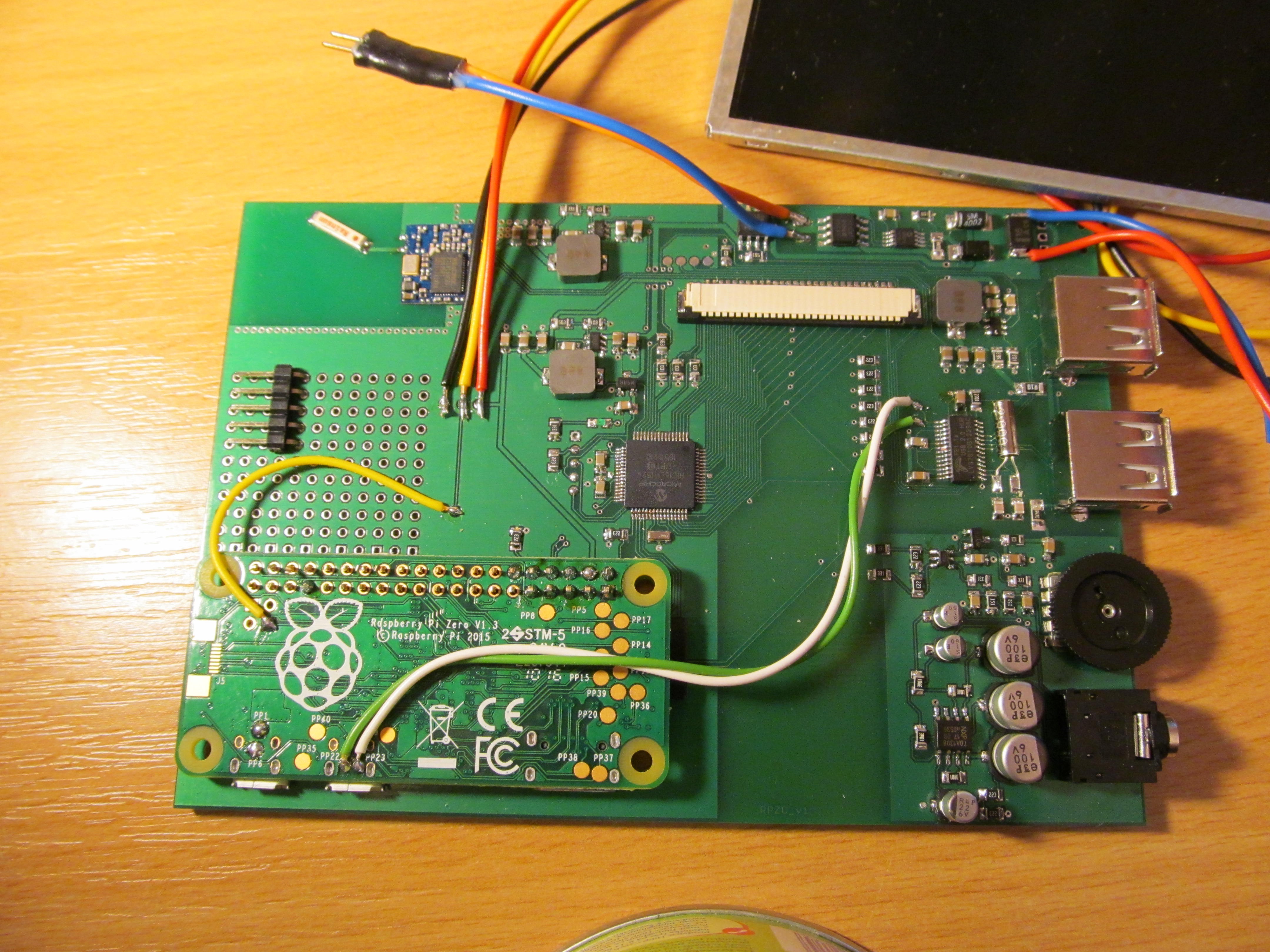 There is also PIC16LF1526 on board, running always from its own low-power linear regulator, drawing 2uA when idle.

Its tasks are: turning other power rails on and off, scanning keyboard even when rpi is off, doing keyboard interface to rpi, measuring power supplies. Currently it just turns the supplies on and idles forever.

This thing isn't doing anything exciting right now, is incomplete, but will serve as guinea pig for another experiments.

Project A, how it started