I've been working on refining my design for a Bubble Device. It's an installation art project that blows giant soap bubbles! I thought I would share some of what I've learned in designing the motion control system for the device. If you've ever seen someone blowing giant bubbles around town with a rope loop attached to two sticks, the principle of the Bubble Device is the same. Basically you manipulate a large rope that's soaked in bubble solution in front of a moving air current. Outdoors, wind will extrude a bubble for you, but indoors I use a large diameter industrial fan to generate an air current.

I used geared stepper motors, which provide a lot of torque for their size. Drive the steppers with a properly rated stepper driver. Use a microcontroller like the Teensy which has a fast processor, which lets you run Accelstepper fast enough to get the full speed out of your steppers.

The key to the whole process is moving the rope through a series of positions: (1) dipping into a bucket of soap solution, (2) raising up from the bucket, in a "closed" line configuration, (3) opening into an "open" position (looks like a cartoon smile) to extrude a bubble and then (4) returning to a closed position to cinch the bubble off before returning for another dip in the bucket. 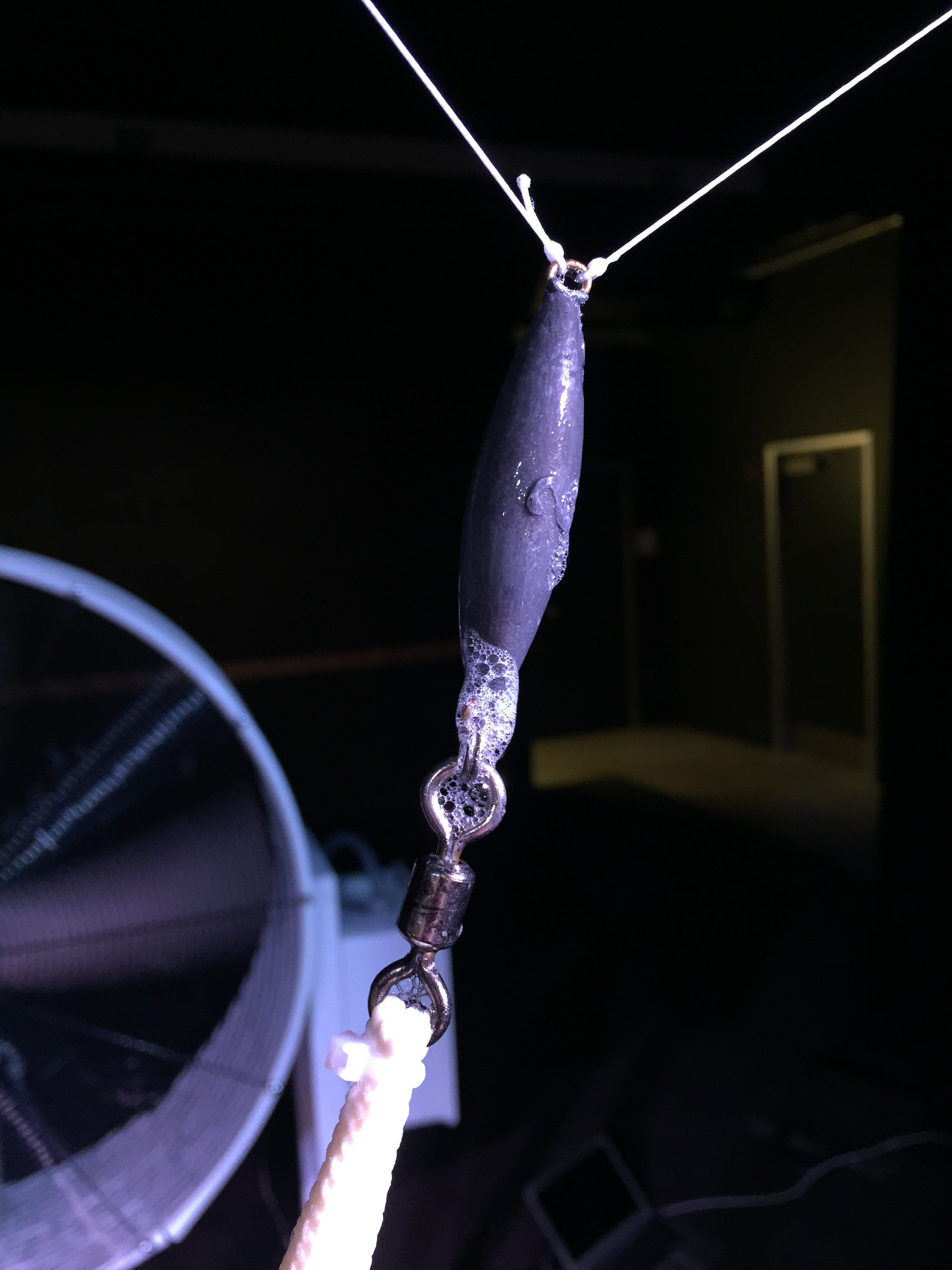 Because the motion of the loop is symmetrical, I can use 2 motors to manipulate 4 control lines. Each motor has a pulley mounted to it with 2 grooves, each groove has a control rope wound in the opposite direction, which route symmetrically to opposite sides of the device. 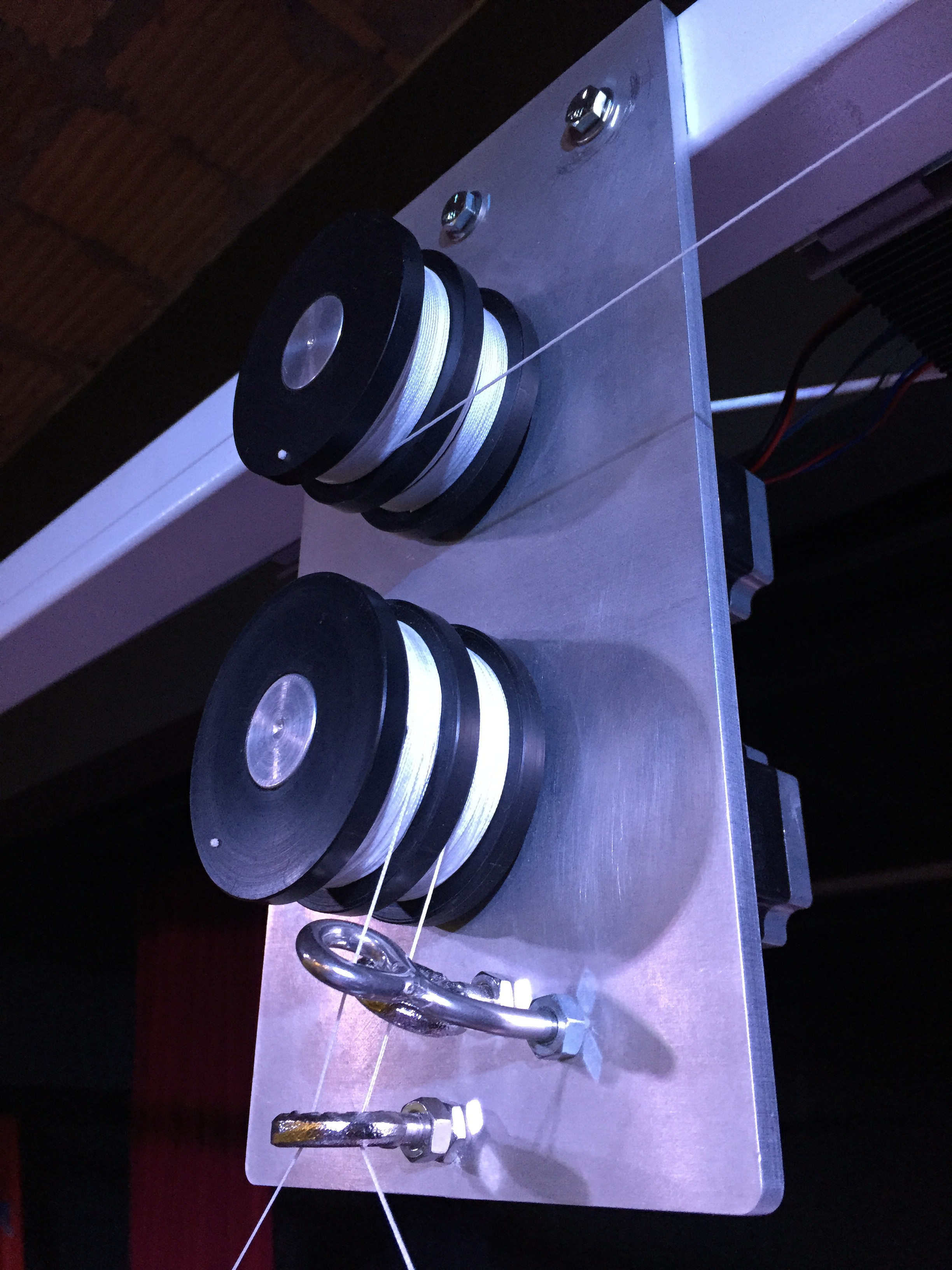 Motors: the quest for torque

When I built the first prototype of the Bubble Device, I used some NEMA 17 stepper motors I had lying around and hooked them up to an Adafruit motor shield on an Arduino Uno. I sequenced the motion with some spaghetti code. Needless to say, the motors were not adequate to the task. The steppers were rated for 28 oz-in of torque, which was enough to move the rope loop when it was dry, but as soon as you got it wet, the weight was too much, and the motor shafts would slip all over the place. 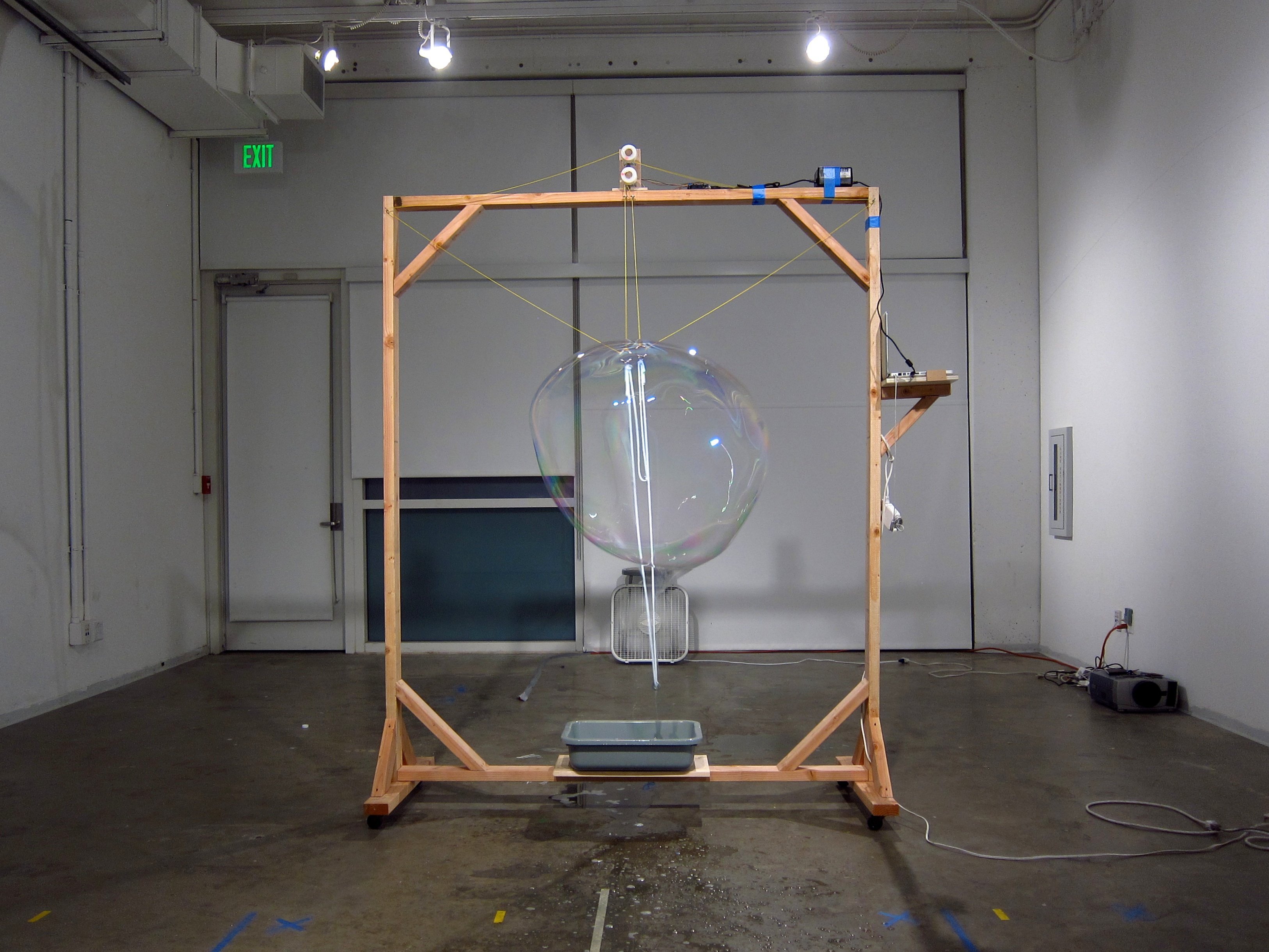 So, my next move was to get some bigger motors. I jumped up to some NEMA 23 steppers from Sparkfun that had over 4 times the torque (125 oz-in). I wired these up to the Adafruit shield and got some slightly improved results, but not much better than the NEMA 17s. I realized that the NEMA 23 motors were rated for more current than the Adafruit motor shield could provide, so I wasn't getting as much torque out of them as I could. I did some research, and in the depths of an Adafruit comment thread I found a note that you could increase the current sourcing capability of the shield by piggybacking additional motor driver chips (L293D) on top of each other and soldering them all together into a kind of super-bug (or course heat dissipation becomes an issue, so I added a heat sinks and a fan). With this frankenstein version of the Adafruit motor shield, I was able to get more torque out of the NEMA 23 steppers, and they were adequate to manipulate the rope. Problem solved!

Did I say the problem was solved? Well, it was solved 98% of the time. In some instances, when the control lines were dragging through the pulleys and guides in not-quite-the-right-way, there would be a bit of extra friction, and the motors would slip. It wasn't a show stopper, but over time the rope loop would get out of calibration, opening lower and lower to the floor. Because I was doing short performances of the Bubble Device for only a couple hours at a time, I dealt with the slippage by recalibrating the rope positions every 30 minutes or so.

But in 2016 I was invited to install the Bubble Device at the Taipei Fine Art Museum for a few months! I needed to get my act together and make the positioning more reliable over longer periods of time. I could have done something with closed loop control, but I first tried the more expedient path: throw more torque at it!

This time I specified geared steppers from Phidgets which are NEMA-23 stepper motors with an attached 4.25:1 gearbox yielding 647 oz-in of torque. These motors finally had enough power, and I solved the problem of shaft slippage once and for all. 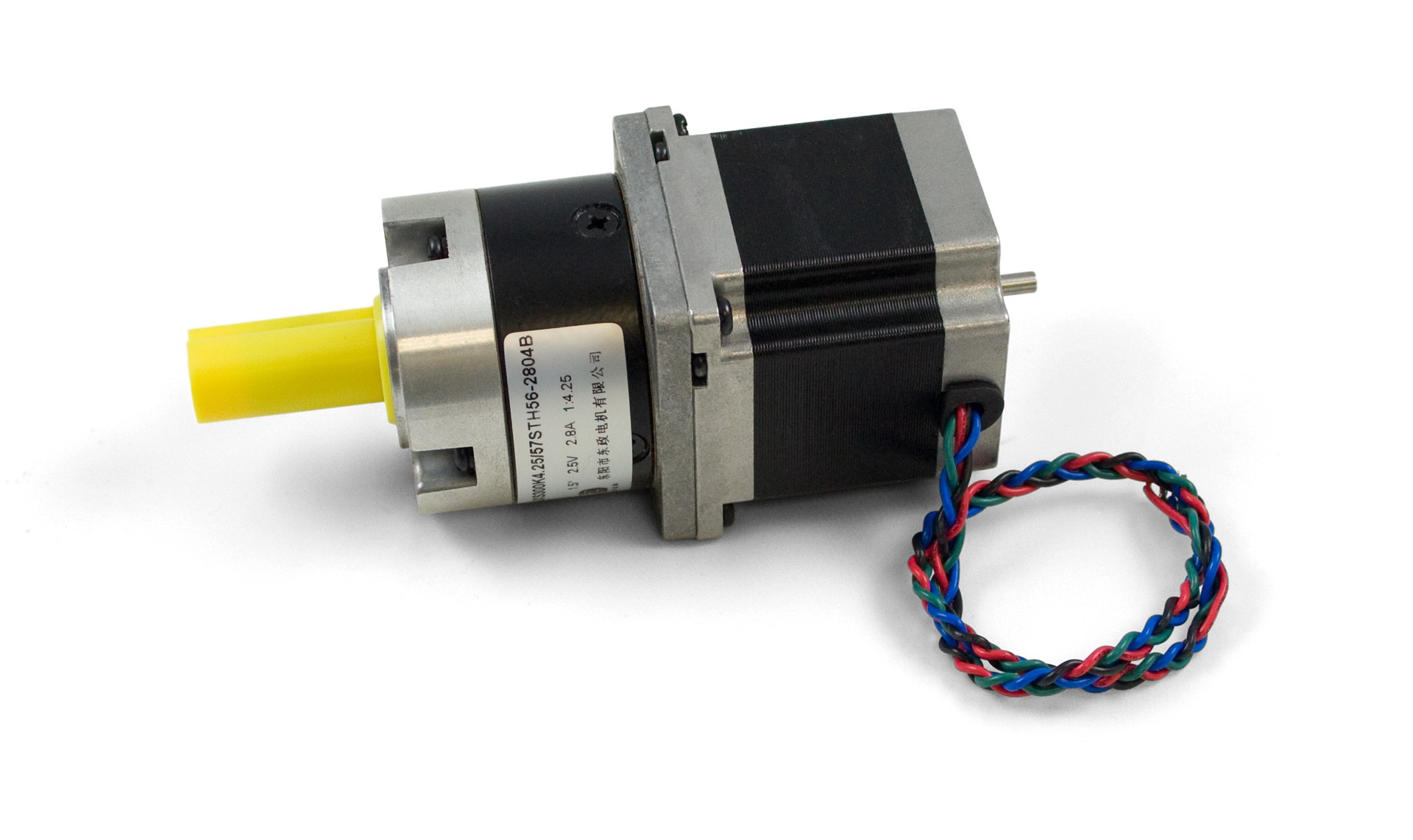 The 2018 Hackaday Prize
This motor driver is able to control a motor using PID by I2C. Taking precise control of a motor have never been so easy.
Project Owner Contributor

Hackaday Prize 2020
SOLO is a Motor Controller designed to easily run most types of electrical motors, DC, BLDC, PMSM and ACIM. it's easy to use and versatile.
Project Owner Contributor

SOLO, A Motor Controller for All Motors