I made the PCBs in Eagle CAD and ordered them from Elecrow as they currently a have a 5x10cm board size special offer, it remains to be seen if they actually agree producing them as there are some particularities with panelized PCBs. 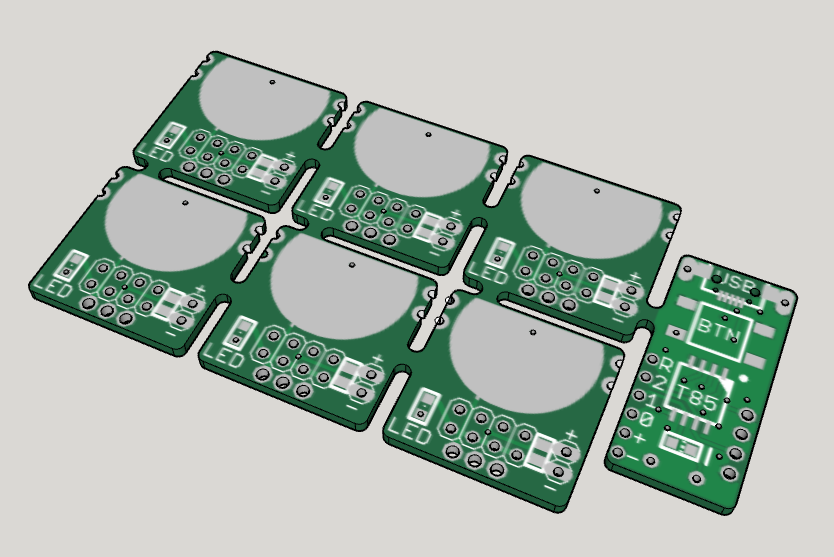 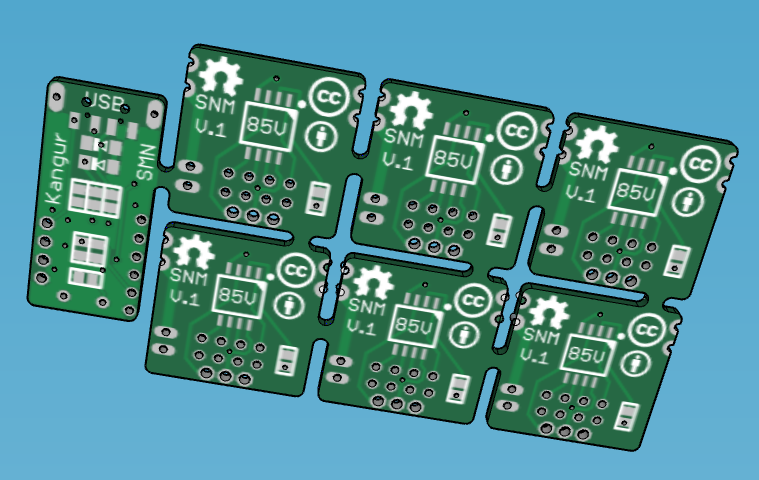 The 3D rendering was made using EagleUp, a plugin for Eagle CAD and SketchUp, all free.

I put 6 transmitters and one receiver on the board, I plan to use the other transmitters to report on various variables around the house such as temperature (with the internal temperature sensors which I'll calibrate for each MCU separately) and it can also be hooked to other systems (heating, power consumption, water usage...) which all report to the central receiver that can then dispatch the information wherever needed. It remains a one way communication, but a very cheap and power efficient one.

I also added a coin cell battery (3V) holder footprint on the receivers as I want those transmitter to be as small and self-contained as possible, I hope the transmitter current draw isn't too high and those cells have quite a high internal resistance. I added to 10uF capacitor on the line, it's probably not enough but it's something.