While visiting family on the east coast, my mom gave me an old pair of partially functional binocular's that she had in a drawer. These became my next test.

First I had to carefully take apart the binoculars to free the right and left sides: 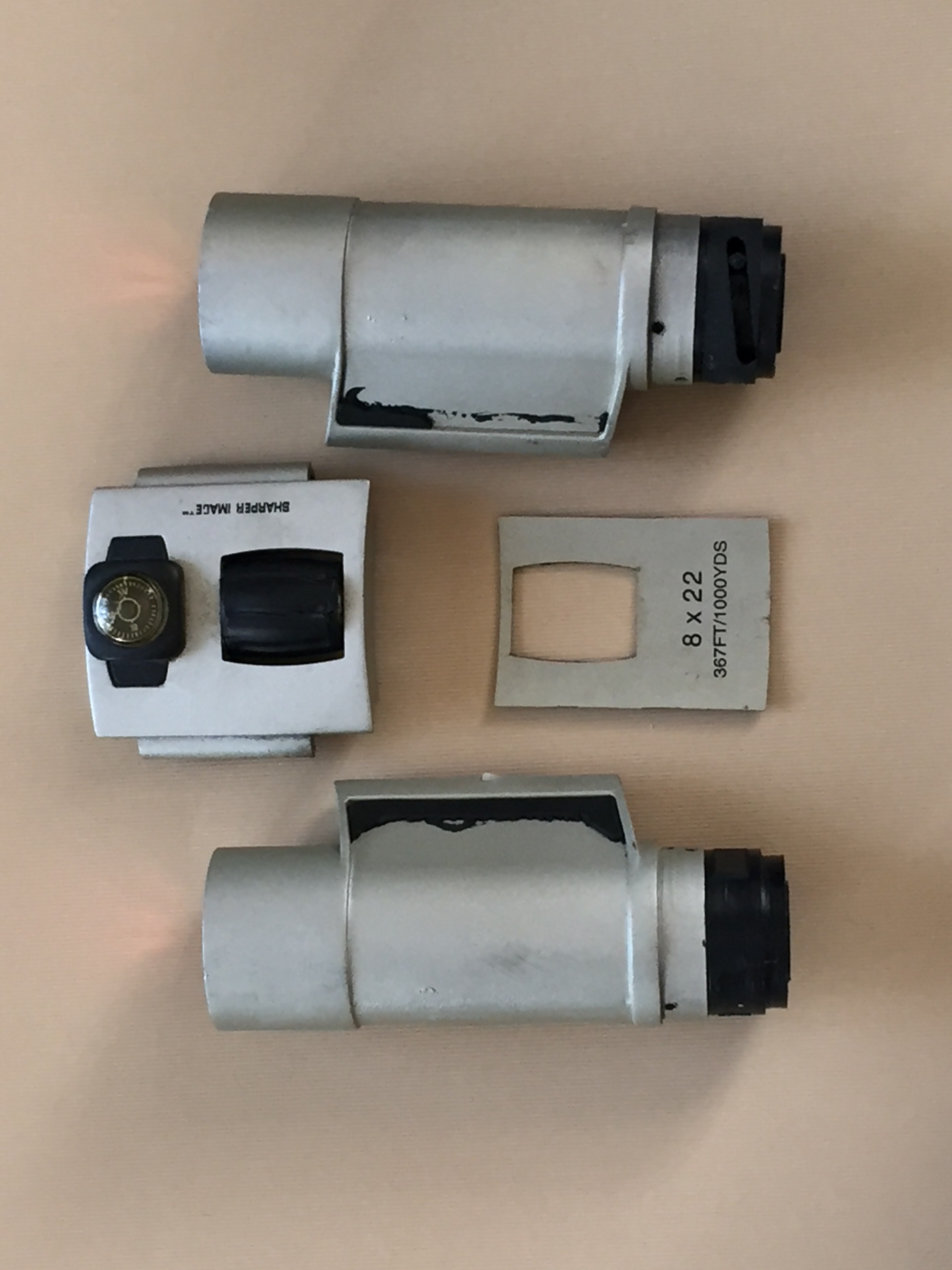 After removing the set screws on the eye pieces (as well as the rubber cushions) and the plastic ring that holds the objective lens in, I was able to inspect the lens assembly. These binoculars do not seem to use the Galilean telescope layout like the last set that I worked with. Between the objective and eye piece there is a set of prisms that flip the image seen in the eye piece (without these prisms the image is upside down). 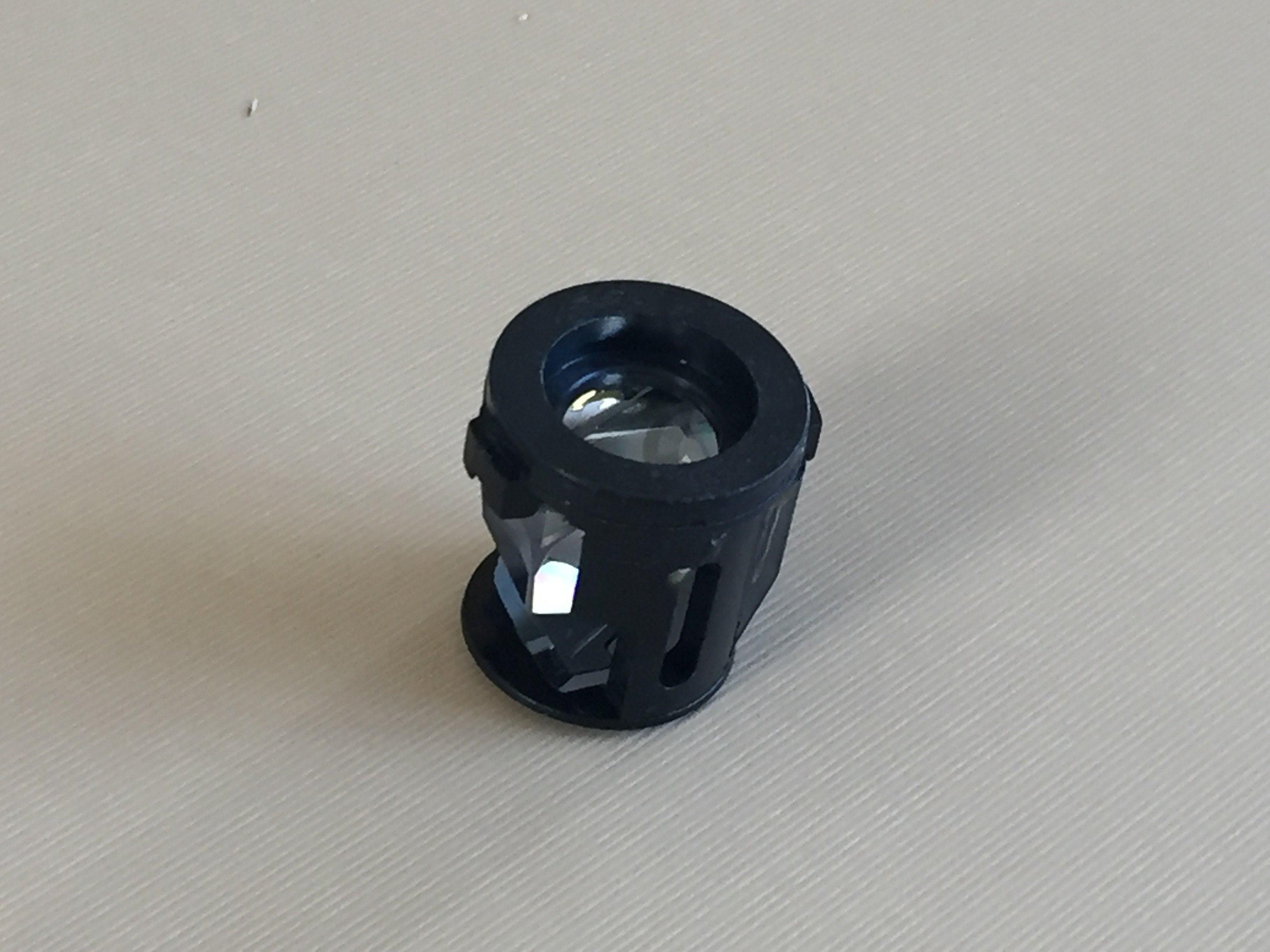 Playing around with the distance between the eye piece and objective lenses I found that, like before, I could get a magnified image of objects about 20-30 inches away.

Next step was to figure a way to mount the two sides that would allow me to adjust the distance they were apart as well as allowing them to turn inward to converge the right and left images together. For now, I wanted to use original tubes from the binoculars.

First I needed to re- thread the holes used to attach the original bridge between the two sides. 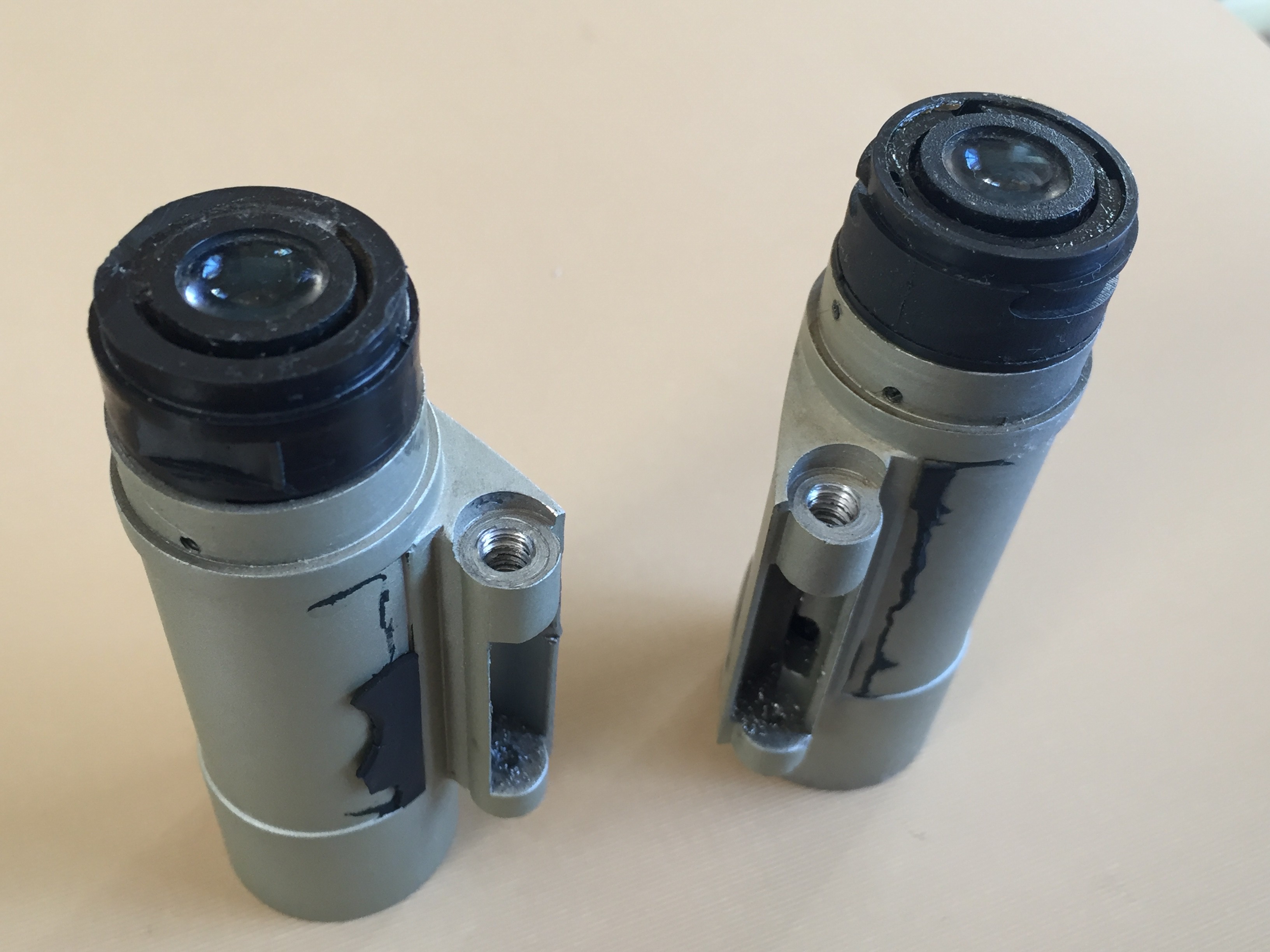 I tapped the holes for M5 screws.

Then I bent a shaped 2 pieces of flat aluminum stock, drilled holes to fit the M5 screws on one end and drilled at tapped (for M4 screws) holes on the other end. 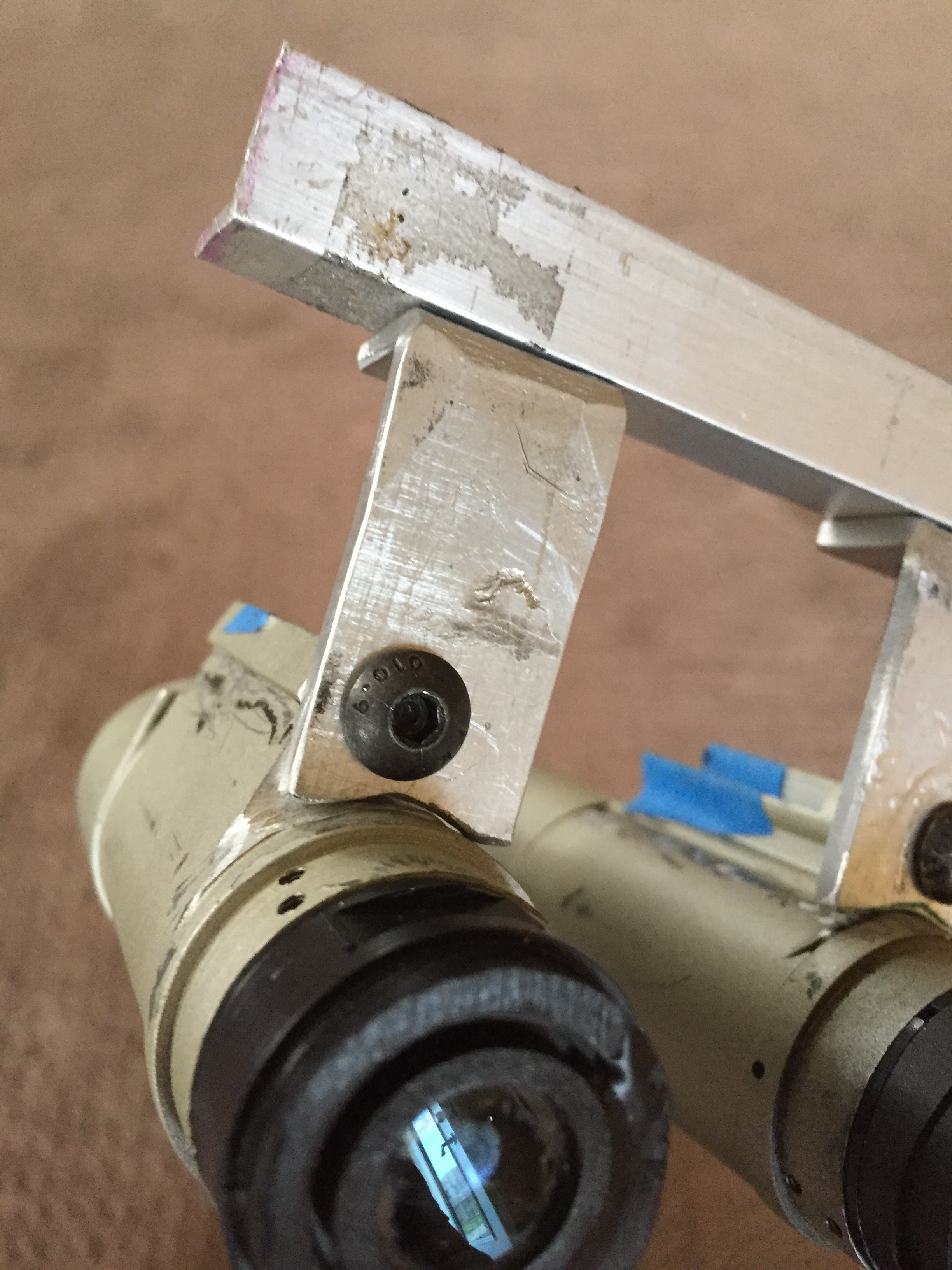 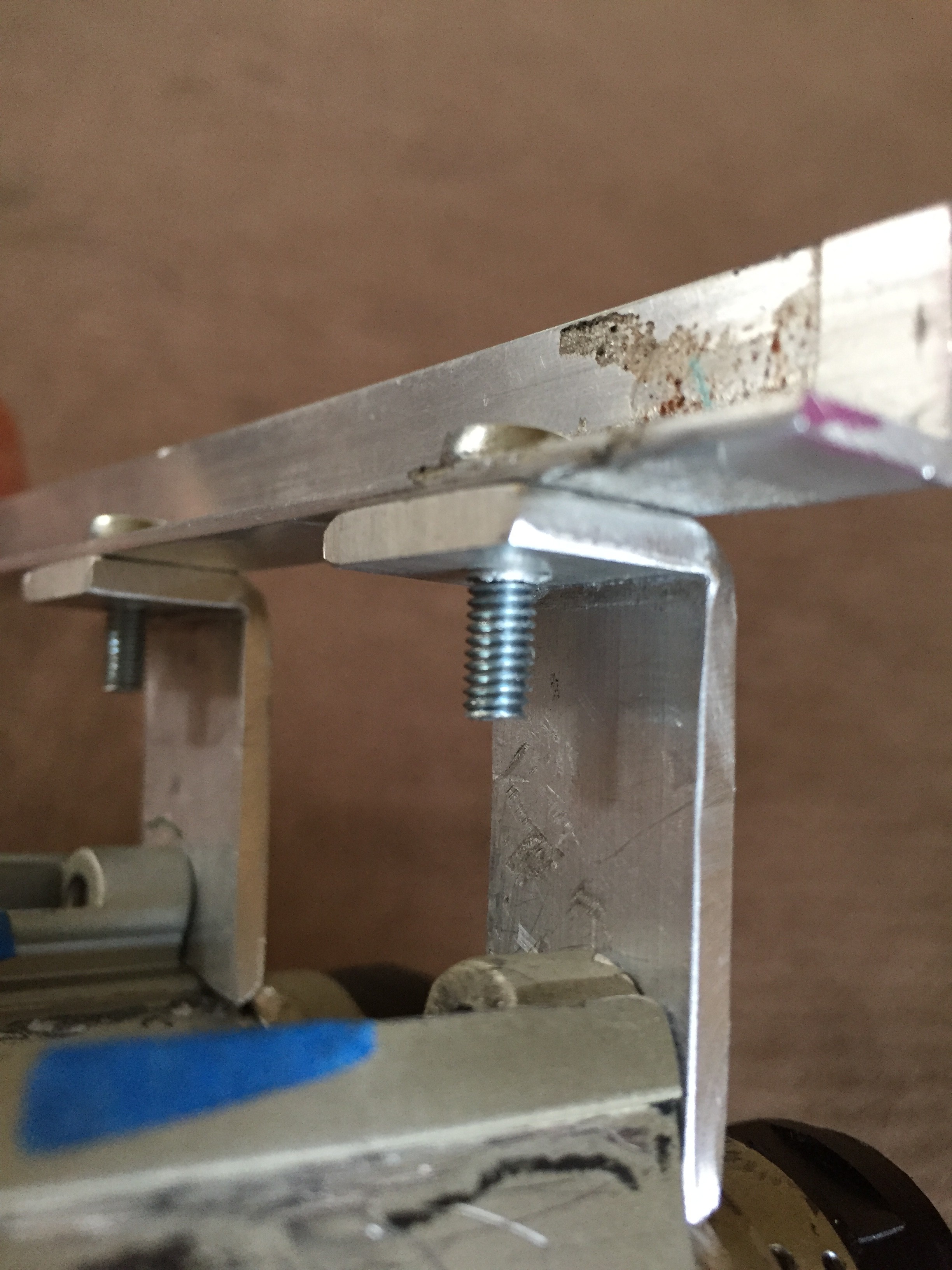 Using a piece of scrap aluminum angle I drilled two holes (really 3 but 2 were next to each other to make one hole longer to allow for adjustment). 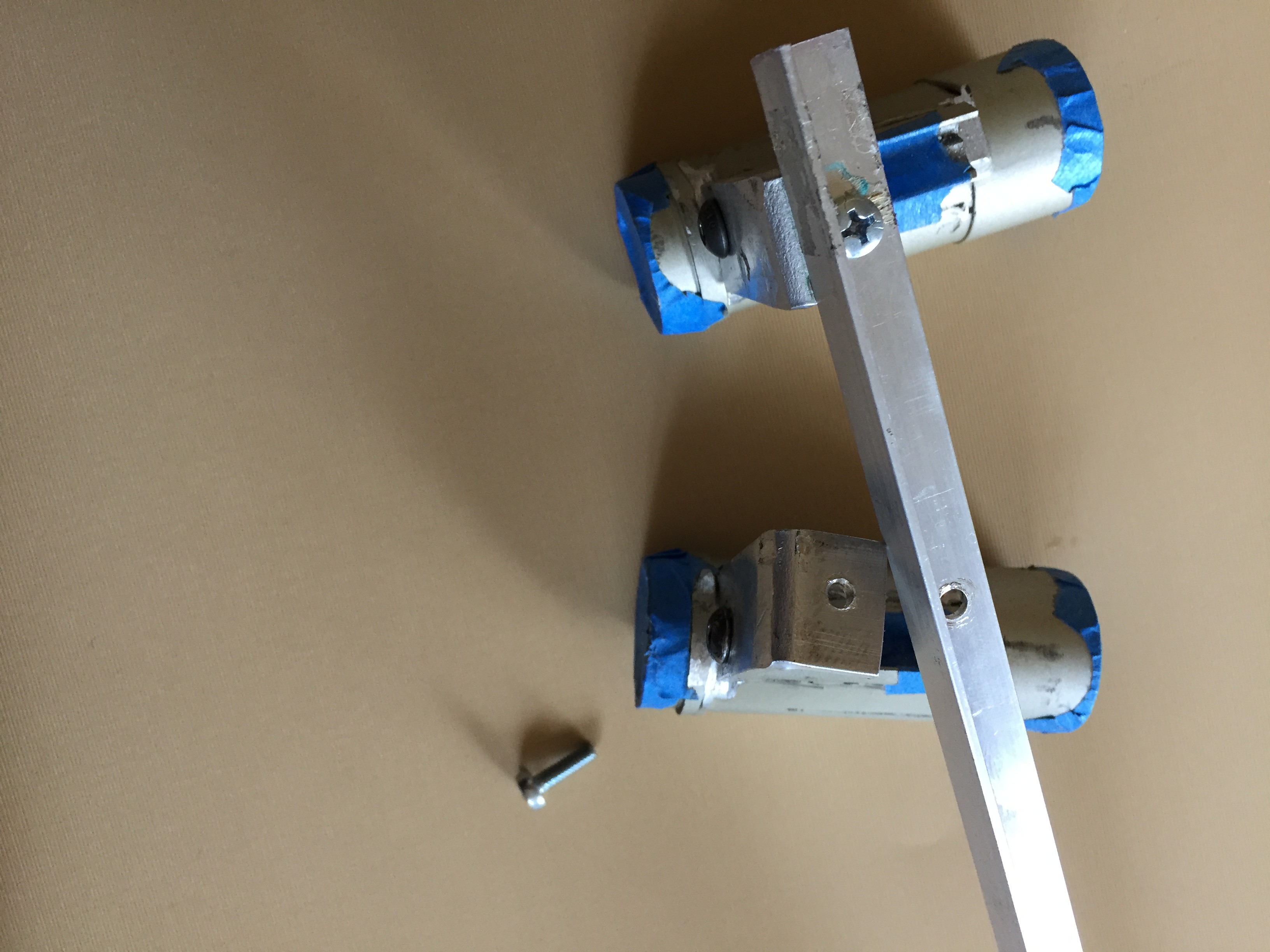 After replacing the lenses into the original tubes I adjusted the spacing and angles and got them to focus quiet well at about 20 inches. 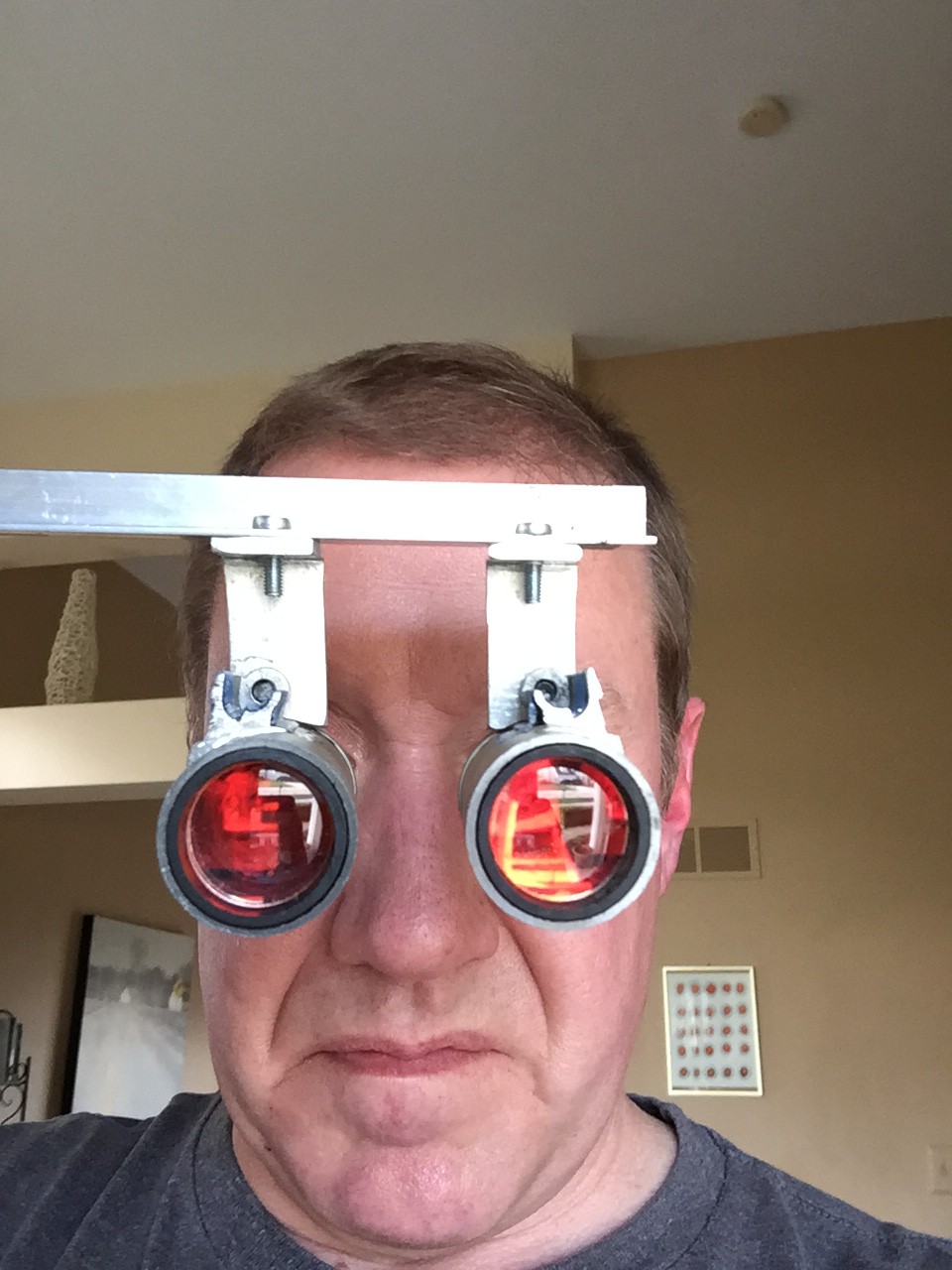 So far a very successful prototype, even though they aren't hands free yet. Next I'll need to work on a head mount and then on to some fine tuning and some practical tests. If all goes well I can then go on to work up a 3D model of a more complete design.