Started in 2004 as a simple breadboard-friendly computer on Intel 8085 microprocessor...

In June 2004 I designed very simple "computer" around Intel 8085 microprocessor (enhanced version of 8080 with a single power supply and multiplexed bus). Here I will document attempt to make a Tindie product based on this design...

Test board for interface NI-15 (NI = nedoInterface) that blinks LEDs: 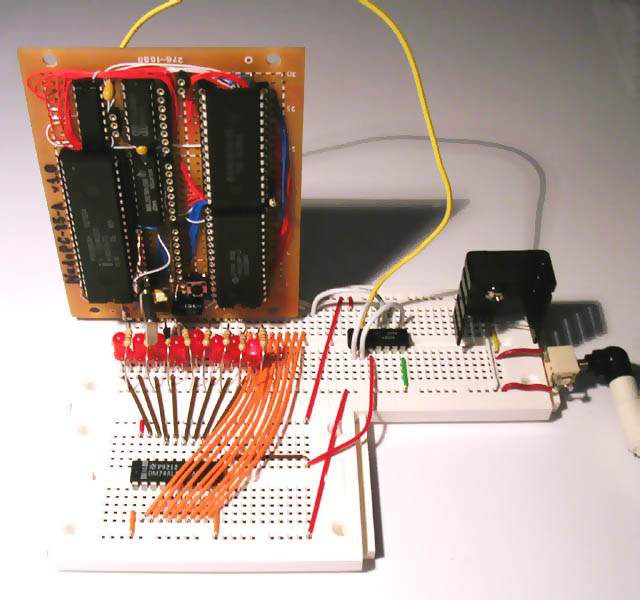 It intentionally resembles Elektronika MK-85 look, but in order to be a true MK-85 clone it should have PDP-11 compatible backend from my another project #PDPii (and in this case 8085 will work only as a controller of display and keyboard).

Wait until I connect #PDPii from behind and make Elektronika-MK85 clone out of it :)

Hey @Shaos, any updates? Are you entering this for the Hackaday Prize's "Best Product"?

I love wires too, but sometimes it's too time-consuming to solder all those wires and PCB is much faster way ;)

Oh yeah, PCB is certainly faster and I love your clever design there :)

Finally it will be PCB for it :)

Anatomy of a Philips VideoWRITER