The Protean 8x2 is an Arduino compatible development board with power control in mind. It gives you the freedom to use the FETs, (essentially DC power switches), and connectors you want. You can determine the full turn-on voltage most efficient for your FETs, (the Vgs), without hunting for “logic-level” FETs. Because it has a place for optocouplers to provide electrical isolation, you don’t need to worry that it will fry the ATmega328P micro-controller.

This started as a project to develop a pinball driver node, nevertheless, it can be used for quite a variety of other power projects, such as:

What’s the story behind it?

I posted some 6-segment LED display concepts on DeviantArt and a fellow named Andrew showed strong interest in it as a pinball score display. (Something I hope to pursue later!) He also linked me to his 2015 Ohio Pinball Show gallery on Facebook. This got me interested, and a couple months later my dad and I visited the Lone Star Pinball Museum. 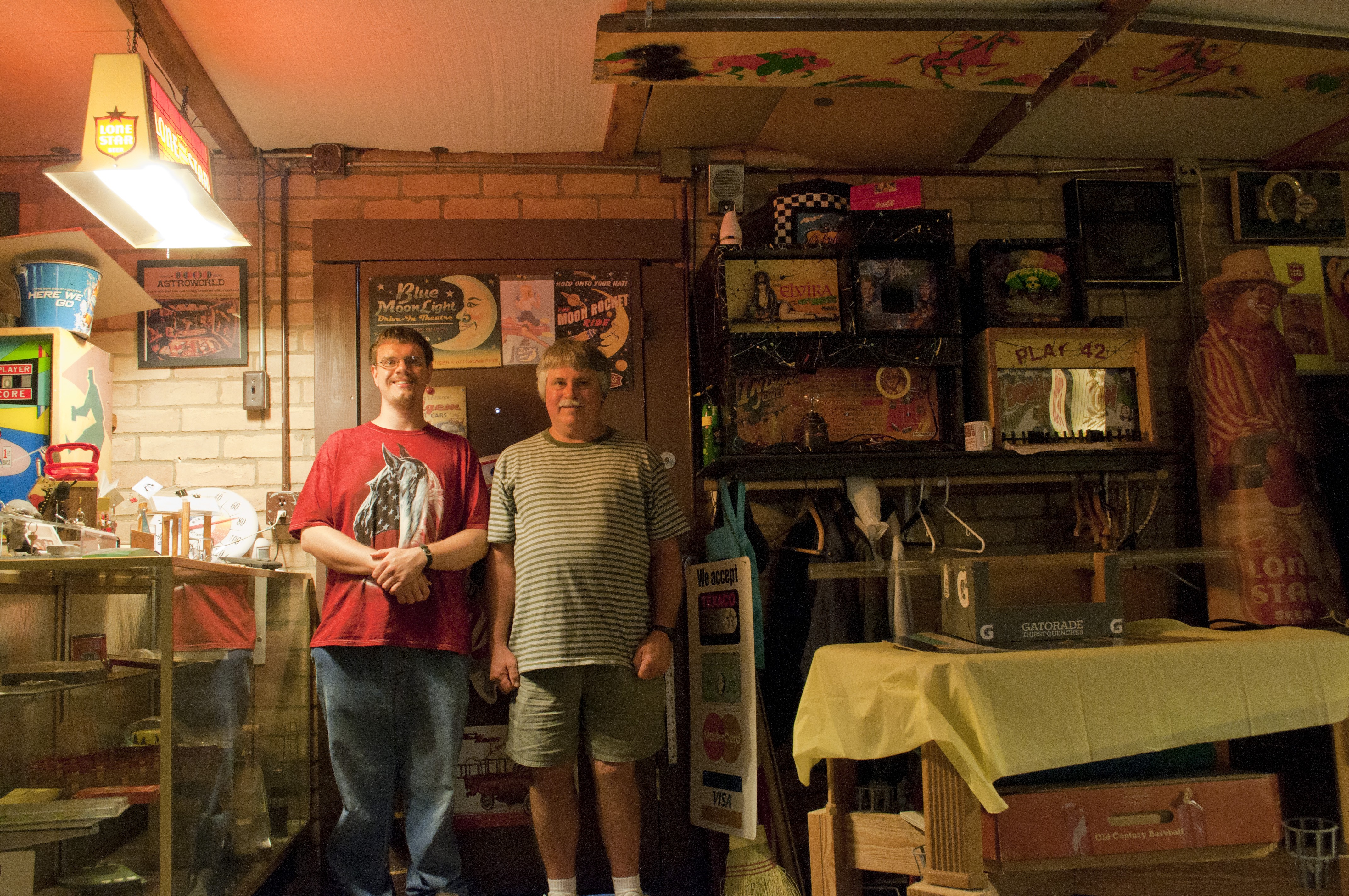 Enamored with all the various pinball machines, I had developed more interest in the art, design, and mechanics of pinball machines. Later I noticed someone commissioning an artist for pinball plastics art on deviantART! The next thing I did was look for pinball parts or some general purpose hardware that was ideal to control such a machine. But I was surprised by what I found, and didn’t find.


The Search for Power Control

I love the idea of node based controllers seen in modern pinball machines, but nearly all of them are proprietary and virtually undocumented! The hardware available for custom machines run about ~$100+ per board, are generally large (~20 sq in./~130 sq cm), require a separate main controller, and have a fixed serial protocol and rate. Other boards were understandably meant for use in existing, typically older machines, and were more expensive.

From the “build your own” perspective, there were numerous Audrino FET shields to chose form, (and relay boards), but all with different specs, hardware interfaces/terminals, and limited FETs. Of course they also required a separate Arduino or controller board.

Many people just use an Arduino Mega and run wires to multiple different modules and components. The same could be done with the awesome Teensy 3.5/3.6, (an ideal main controller for pinball in my opinion). But the otherwise tedious point-to-point or expanded board-to-board method didn’t seem very appealing, easily scalable, or space conscious. There’s already enough unavoidable connections to be made.

With FETs being the common denominator in most of my projects, after trying to find a flexible driver node solution, it struck me. Why not develop a node board that’s configurable by the designer, not only in protocol and function, but also in choosing wiring connectors and FETs?

The “General Purpose N-Ch FET Driver Board Node” was born and evolved into the Protean 710, then to the Protean 8X2 supporting N and/or P channel FETs! It’s the size of two Arduino Unos, just about the same board area as a Stern driver node, but more independent power outputs. It’s also a third smaller than other available boards with similar output counts. 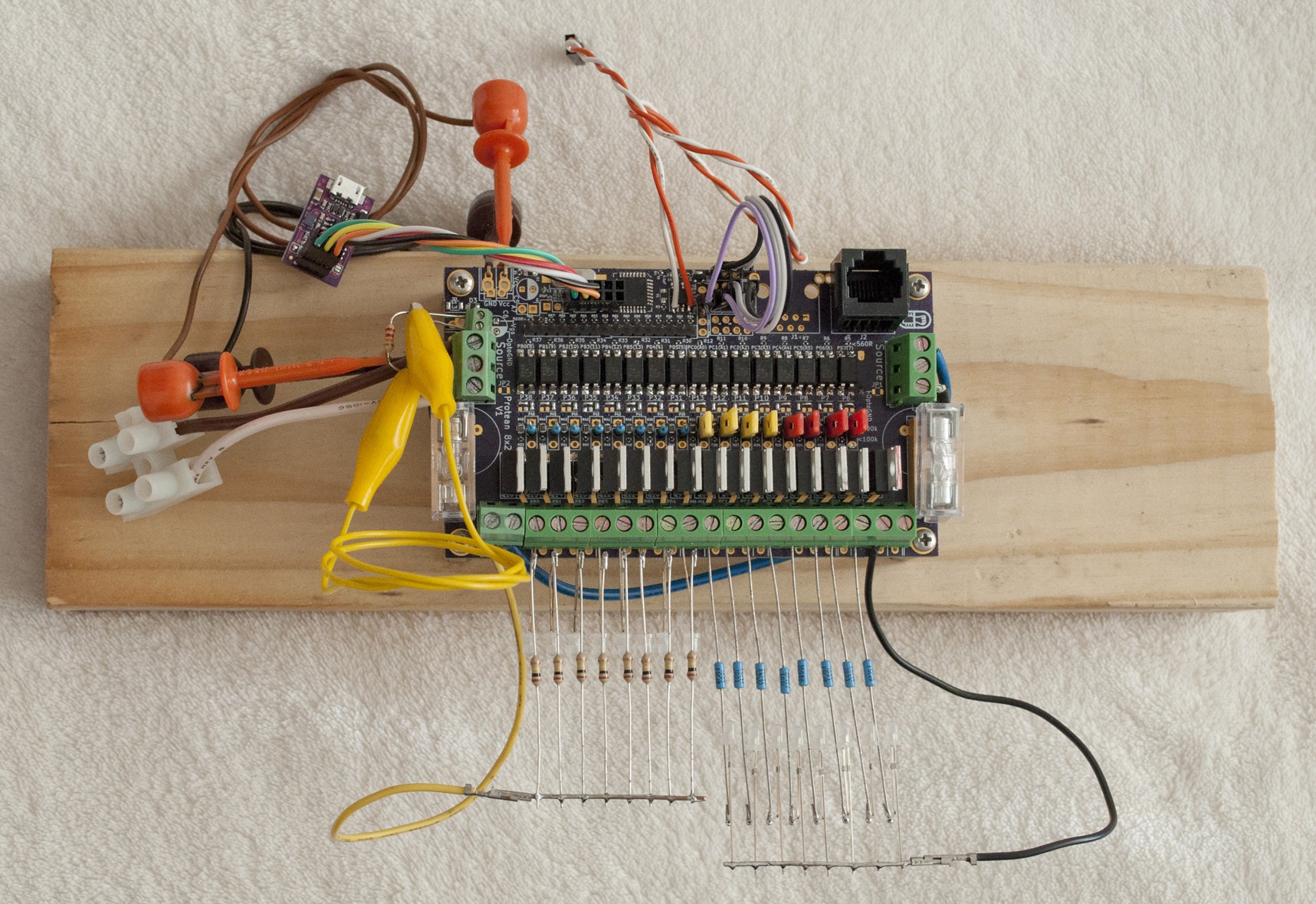 With an abundance of processor and IoT devices out there, it’s my hope to bring the power hardware side of things more up to speed in versatility and flexibility, filling the void between power control and microcontrollers. While I won’t dare claim the Protean 8x2 completely fills that void, I honestly think it greatly helps!

Nice idea with this project, I like especialy that this board has support for Wi-FI ESP8266.

Open Questions for the Kickstarter!

• You can always change it, but what should be the default baud rate? Right now I’ve been testing it at 2Mbps.

• Should I include optocouplers on the board as a stretch goal, and if so, how many? Board variants? I ask this because if anyone intended to use the header pins as inputs, the optocoupler would be reduced to a pull-down resistor, also meaning the input could only be active high unless the optocoupler or series resistor was removed.

I'm trying to resurrect a 1990's Greenspring VME SBC based on the MC68000, with OS/9 roms.
Project Owner Contributor