The size of the V2 frame were conservative, mostly dictated by the ATX PSU sitting in the base. Seeing V2 in reality made me realize I'm going to need more room, I just wasn't sure how much more. To explore the upper bound of what I can build with materials already on hand (the 18-inch long threaded rods) I pushed the corners out to the maximum for Easel Frame V3.

The screen support assembly was recycled from V2, which meant it was not optimal but serviceable for the purpose of iterating on this idea. The ATX PSU is still sitting in the base, but no longer the focus of the base as it once were. Now it's just sitting on a little tray across the bottom of the frame.

The focus for V3 is the full-ATX motherboard and the GPU sitting in it, which are the final major components to be integrated into the design. Frame V3 placed each of them on an independent sub-assembly that I could move around and adjust to explore the positioning and layout of the major components.

Happily there is more than enough room this time around, which means we've bracketed the range of solutions. V2 proved "too small", V3 proved "too big", so following iterations will narrow down the range until we find "just right".

(Also: I'm getting better at managing the wires.) 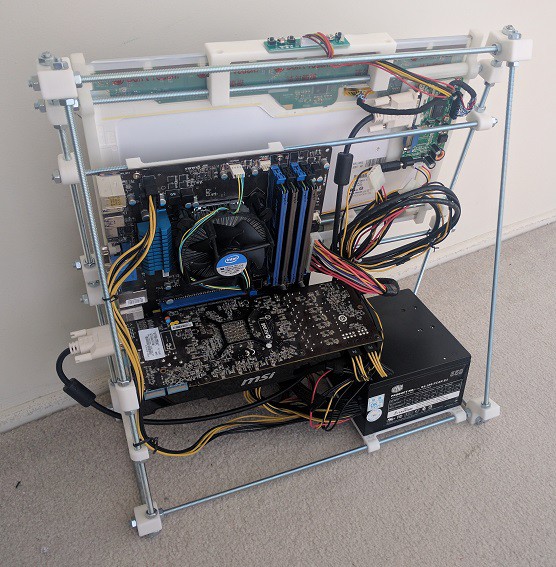 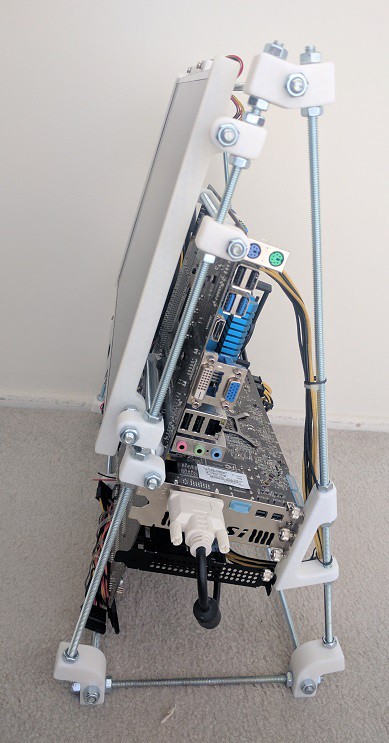