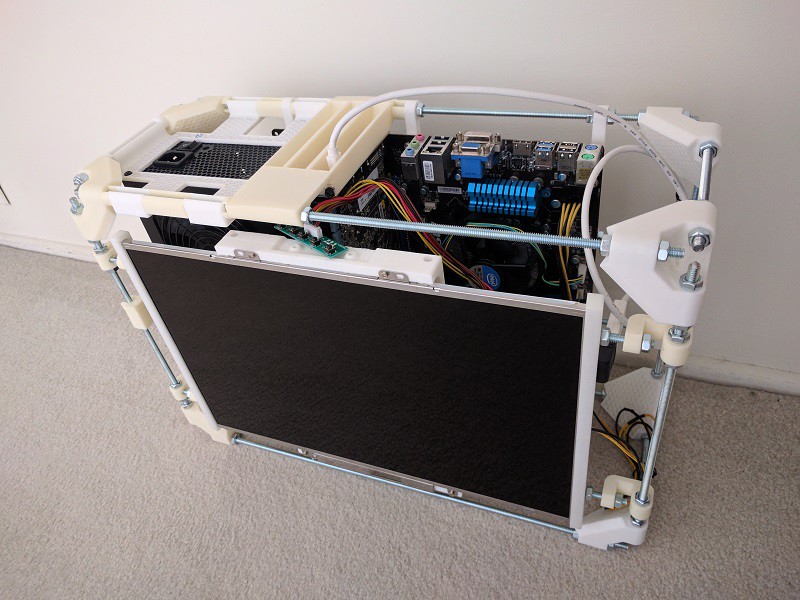 Here's exploration of a more traditional layout, putting everything in at right angles in a box. The hope was that the lack of odd angles means an easier time fitting things together. In CAD, it looked like it could be a win.

Putting things together in the real world showed otherwise. Yes, we gained some volume with some components fitting nice and snug, specifically the PSU hovering over the unused expansion slots of the motherboard. But putting the motherboard and the screen parallel to each other opened up a huge wasted volume in between them. Volume that wasn't wasted with the earlier triangular layout, which had them leaning towards each other. 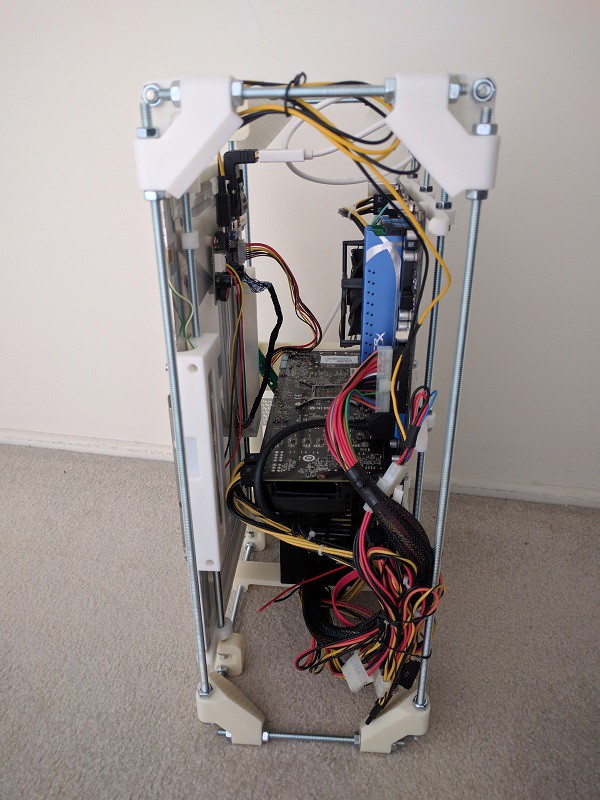 The culprit is, unsurprisingly, the GPU sticking up inconveniently in the middle of everything. This is why several people suggested that I look into PCIe brackets/extension cables. I agree things would be much easier if the GPU can be relocated!

I looked into the boxy layout because I had been evaluating a move to Misumi custom configurable aluminum extrusions and connectors. From what I can see, it would be trivial to bolt together a box with dimensions of my choosing, and stuff it with my parts. Such a switch would be easiest if I can make a simple box work for me, sadly this particular box is not a net win. But hey, it's only the first draft.

I'll do a few more variants of the box idea to see how far I can take it. But if I can't manage to think inside the box, it's not a total loss. Misumi does offer free-angle brackets allowing arbitrary angle on a single axis, which is well worth exploring.