Presenting the second version of the threaded-rod box design!

It advanced on the previous version in several significant ways. The most obvious new feature is the screen hinge mechanism. I've already posted an animated GIF showing it in action at the Feb. Hackaday LA meet, here are higher-resolution stills in the open and closed positions: 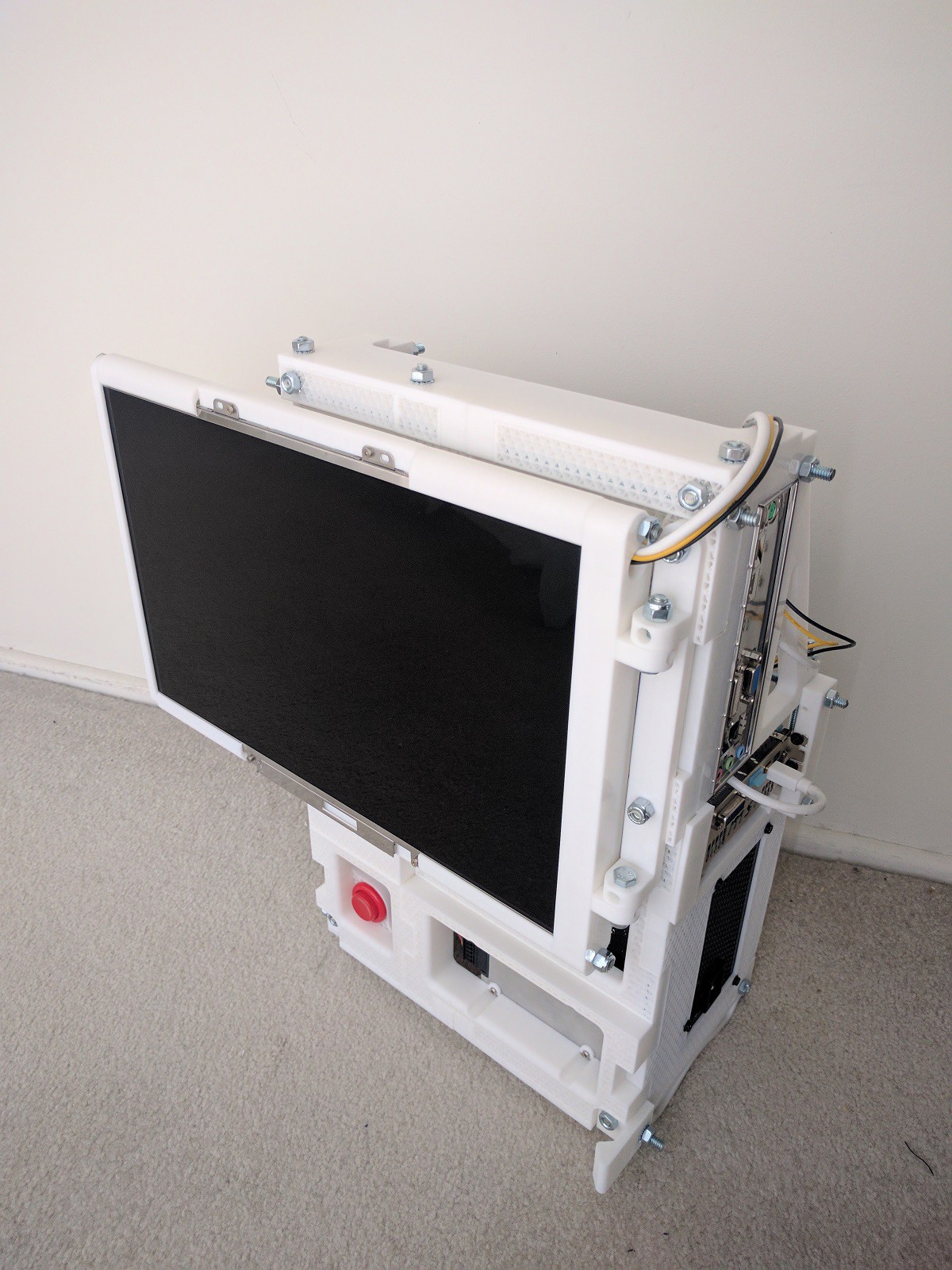 It has the following issues I want to resolve in future iterations:

Inside the box, the component layout is identical to Threaded Rod Box V1 but for one significant difference: the motherboard has been flipped around so the backside of the board faces the screen. The space that was previously enclosed and wasted in the box v1 volume is now opened up to a sloped back. I focused mostly on the front of the box this time around, leaving the back pretty bare and open. I think much of the volume can be reclaimed for productive purposes. Ideas for future iterations include:

Lastly, I also made a significant change in construction technique. In the previous versions, plastic printed pieces are asked to hold together metal pieces several centimeters apart. Given that distance and plastic's flexible nature, the earlier editions would noticeably bend and flex as I moved them around.

The latest design keeps the metal pieces much closer together. This means less plastic to flex in the corners. The resulting box is far more rigid and confidence inspiring to carry around.