As the initial project was a demonstration of my abilities, coupled with my electronics background, I decided to design my own flight computer as well as my own flight software.

The flight computer consists of essential components for autonomous flight.

The MCU used is an Atmega328p, the Arduino bootloader is burnt to memory and Arduino IDE is used for programming via an SPI header. 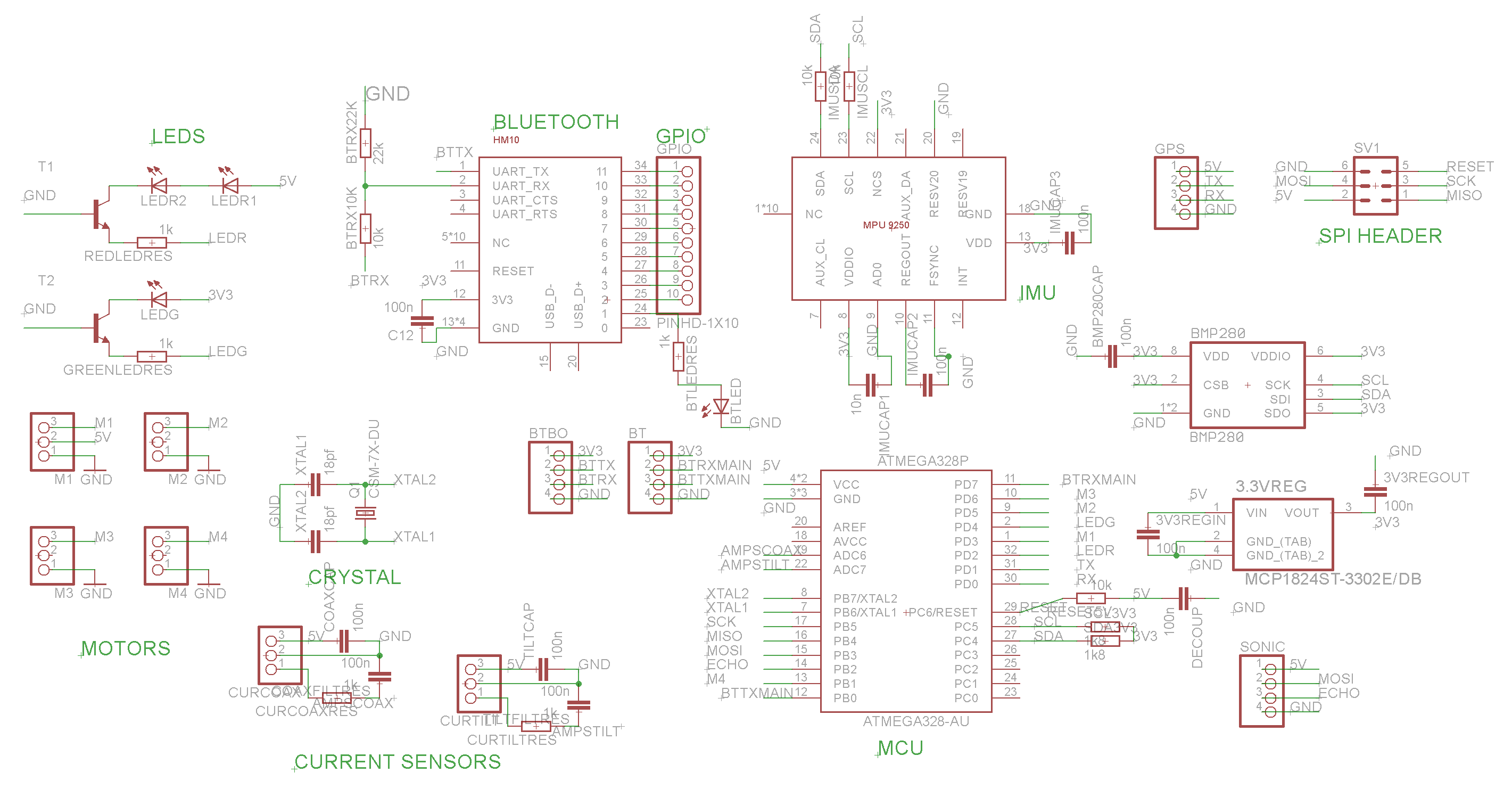 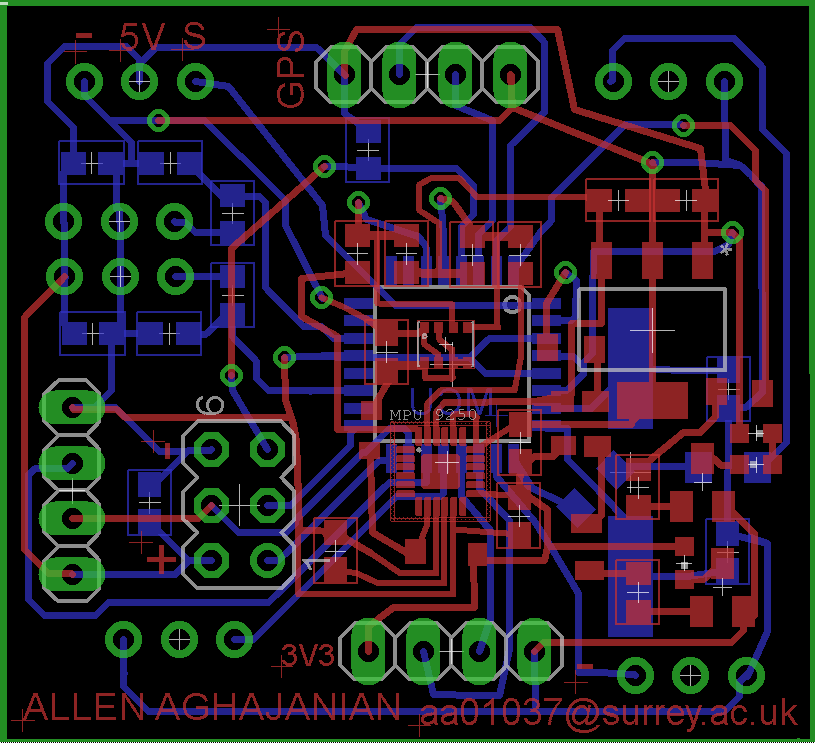 Due too previously stated limited facilities I was not able to use through hole plating and had to drill & solder vias manually which severely reduces the quality and design flexibility of the PCB, I recommend PCB design to be done well in advanced of deadlines & order cheap PCBs from china with cheap shipping postage. 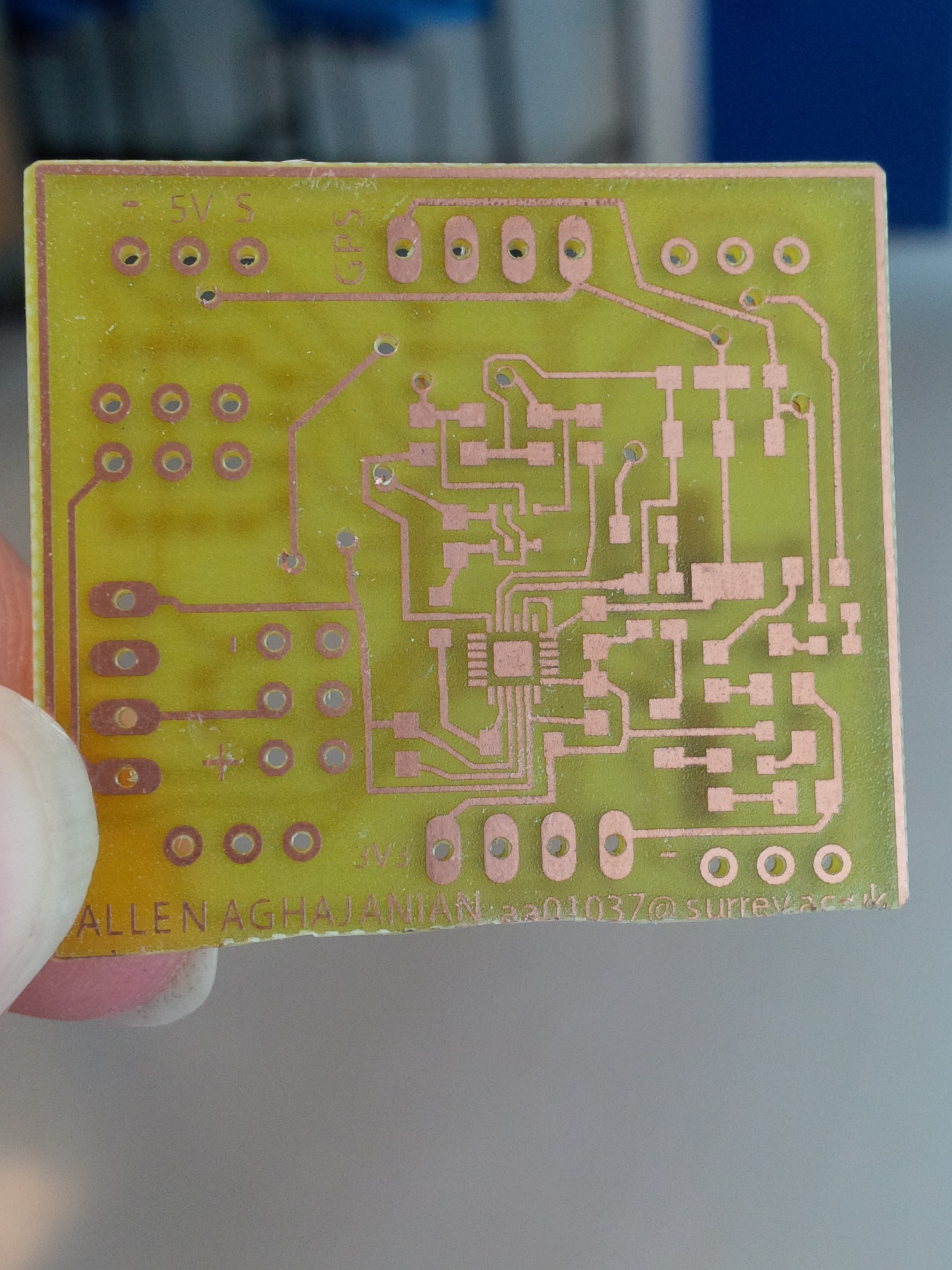