Time for propulsion measurements to define the values for the asymmetry of the thrust produced so that this can be factored into control software for stable flight.

As well as a crude measuring stand setup and a camera recording the displayed values of thrust in grams.

This device was cheap and produced very poor results, after releasing applied force the value displayed would not return to 0 which showed this device was of true Chinese quality and hindered my 'science' 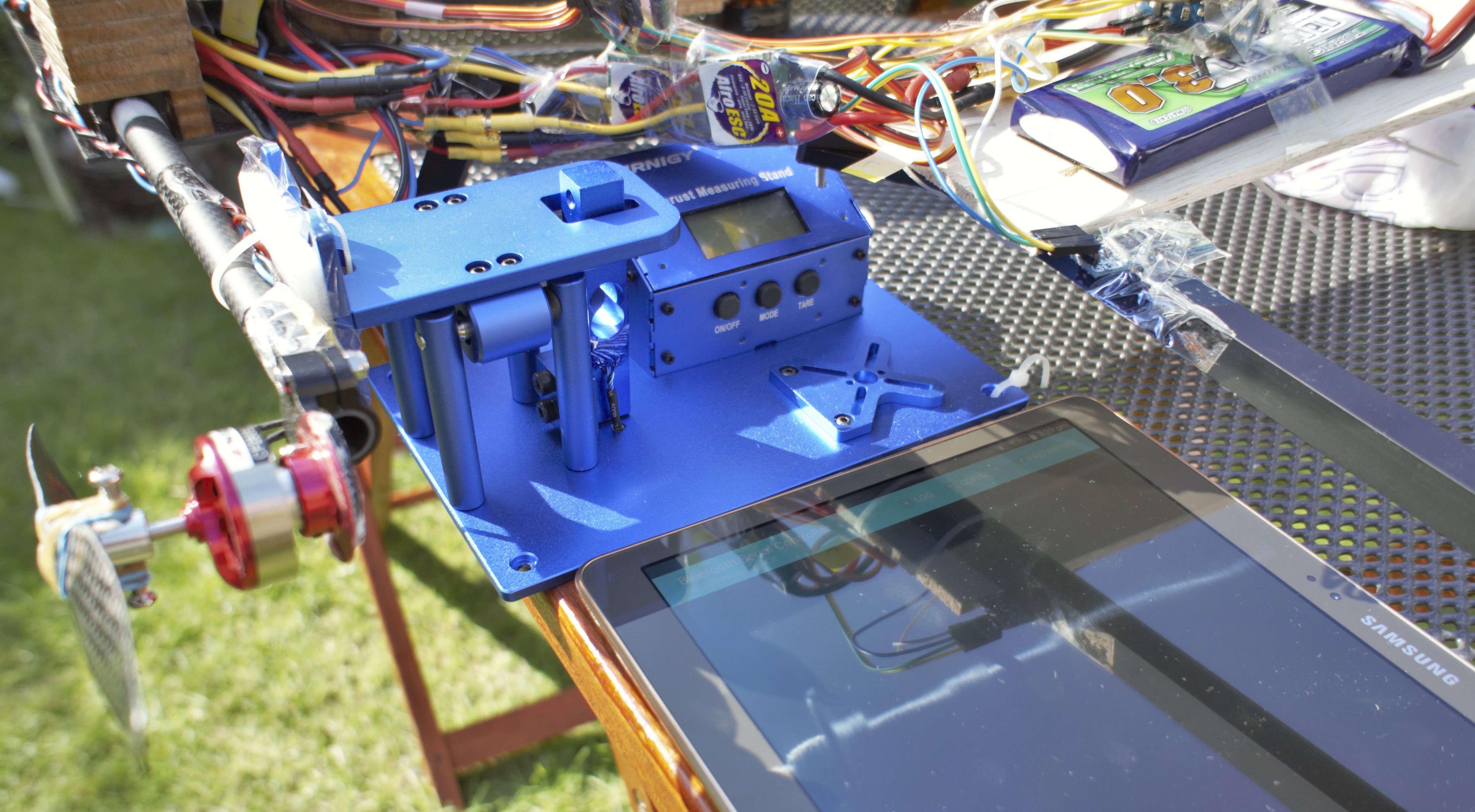 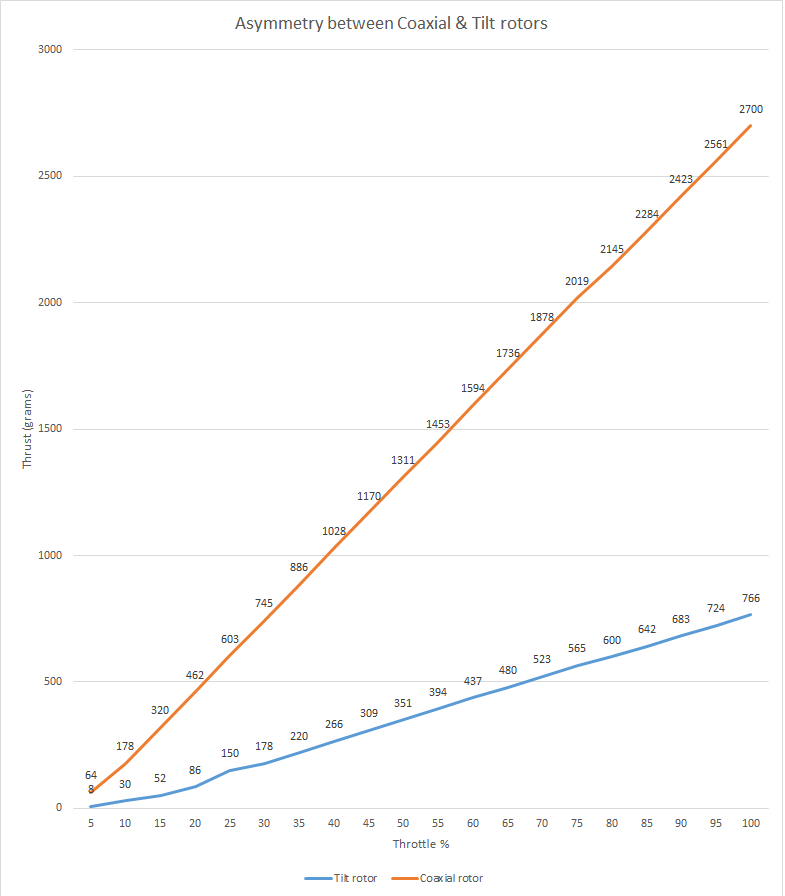 The graph showed a predictable result, as the coaxial rotor was twice the size and consisted of two rotors (2x2=4) the asymmetry was approximately 4 and more importantly it was apparently quite linear. 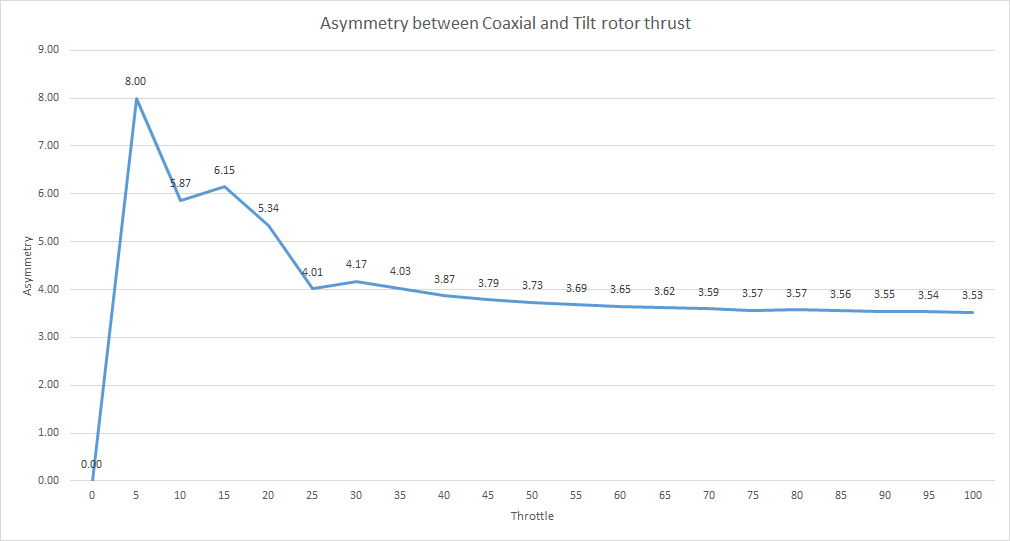 The testing also resulted in structural failure due to the lack of strong coaxial motor mount material. If only I had a workshop where I could machine aluminum..

Since balsa wood was easy to work with it was also easy to quickly make another mount which I used for testing software and concluded this version 1 of project T was not flight capable so my end objective for this version was not to get it to fly and that objective has been pushed to version 2 of project T which will require proper fabrication facilities.