Kit has arrived and Assembly Completed

A low cost smart camera using cognitive programming to see more than what we can perceive. Inspired by RoboCop !

After a delay I received the kit on Wednesday. The kit exceeded my expectations and I was able to put the camera together and install the software in one night. Below is a picture of the box. It also came with a case , face plate and power supply.

I already had a Raspberry Pi 3 but it jumped off the table and the SD card holder broke beyond repair. (RIP) . I have several cameras but this one is V2 and 8 Megapixel ,1080 ! Below is a picture of my assembled camera. I am using Version 1 of the Raspberry Pi . I have a sad history of breaking things and will reserve the new camera for final testing. I also have the case for the camera to protect it from me. The final setup will probably look different but for now happy with the on board WIFI and Bluetooth that comes with the Pi 3. Software installation went really smooth. No major errors or issues at all. I followed Adafruit's comprehensive guide found here. The link should open in a new tab. The type of screen that was sent to me was clearly stated on the box. This is important for the image you download. 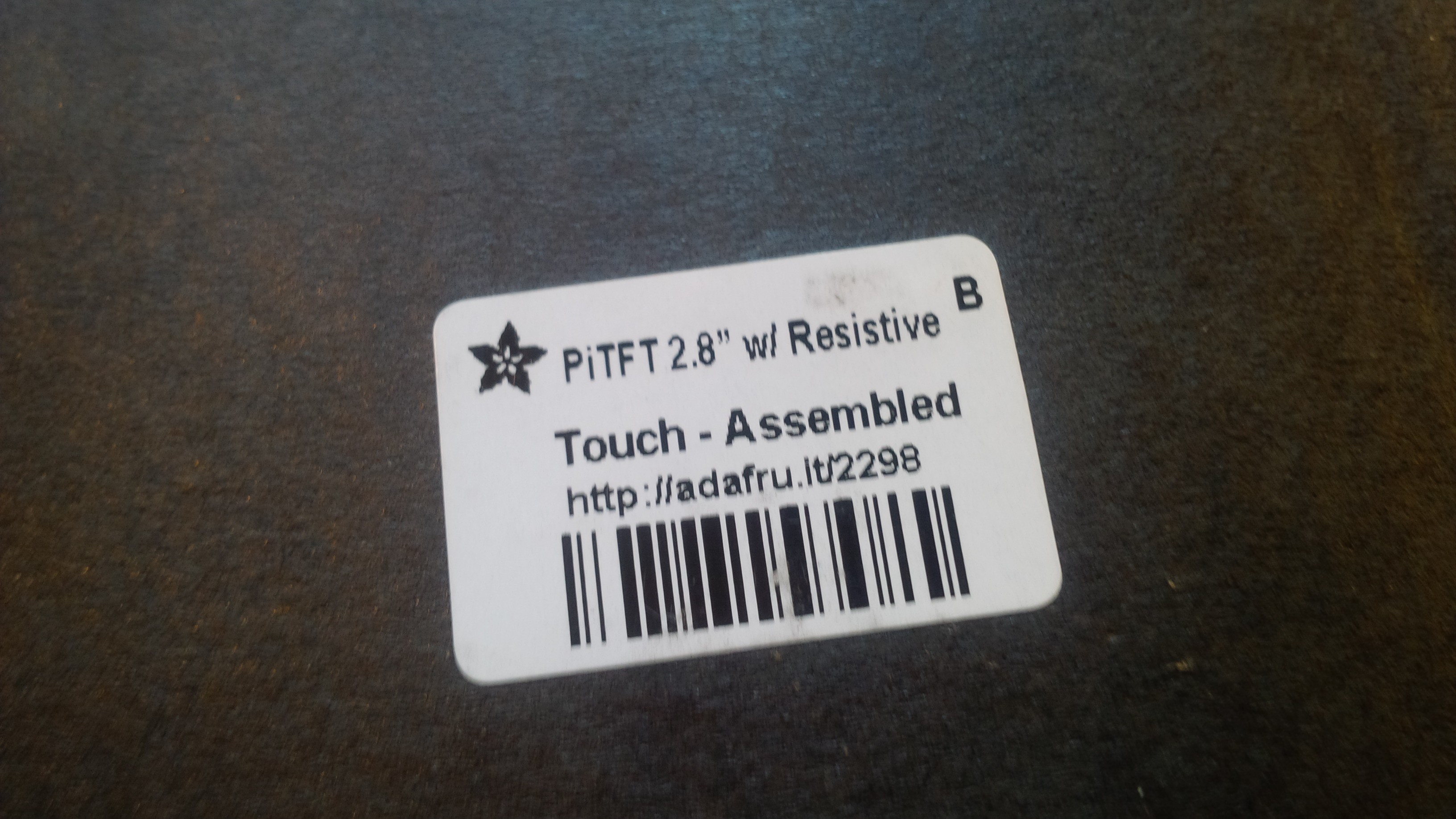 I used the Easy Install method because the complex programming is still ahead of me . The image did boot nicely but for some reason the camera and Dropbox did not install. No problem as the code is included in the guide.

Now my friend laughed when he saw how small the screen was. How are you going to program with that ? Well most of us have a wireless keyboard and mouse. So if you place the dongle in the PI you can use your mouse and keyboard or you can also use the terminal to program. I love using Putty as a terminal. It is free and easy to connect to the Pi on my laptop. You can boot to the command line on the touchscreen by using Ctrl+Alt+F1.

Dropbox will send the pictures to the cloud and the pictures will be accessible on my laptop and Blackberry. This is a free app and Adafruit details how to set up a Dropbox account and program your Pi.

I am happy that I did take time to setup a prototype for the API I will be using. This is my first time using a touchscreen on a Pi but the resolution is awesome. Before I start hacking the camera code I need to do a bit of testing for the camera.