Last time I checked in I was just getting my feet wet with KiCad. Since then I have finished creating the PCB layout to match the schematic and milled the PCB out using one of the othermills here at the design lab. That took a couple of tries as the conceptual electronics tutorial that I was using obviously does not take into account the limitations of the tools we have. Because of this the tutorial suggested trace and via sizes that were far too small. After this problem was taken care of I did manage to successfully mill my first PCB, so feast your eyes; 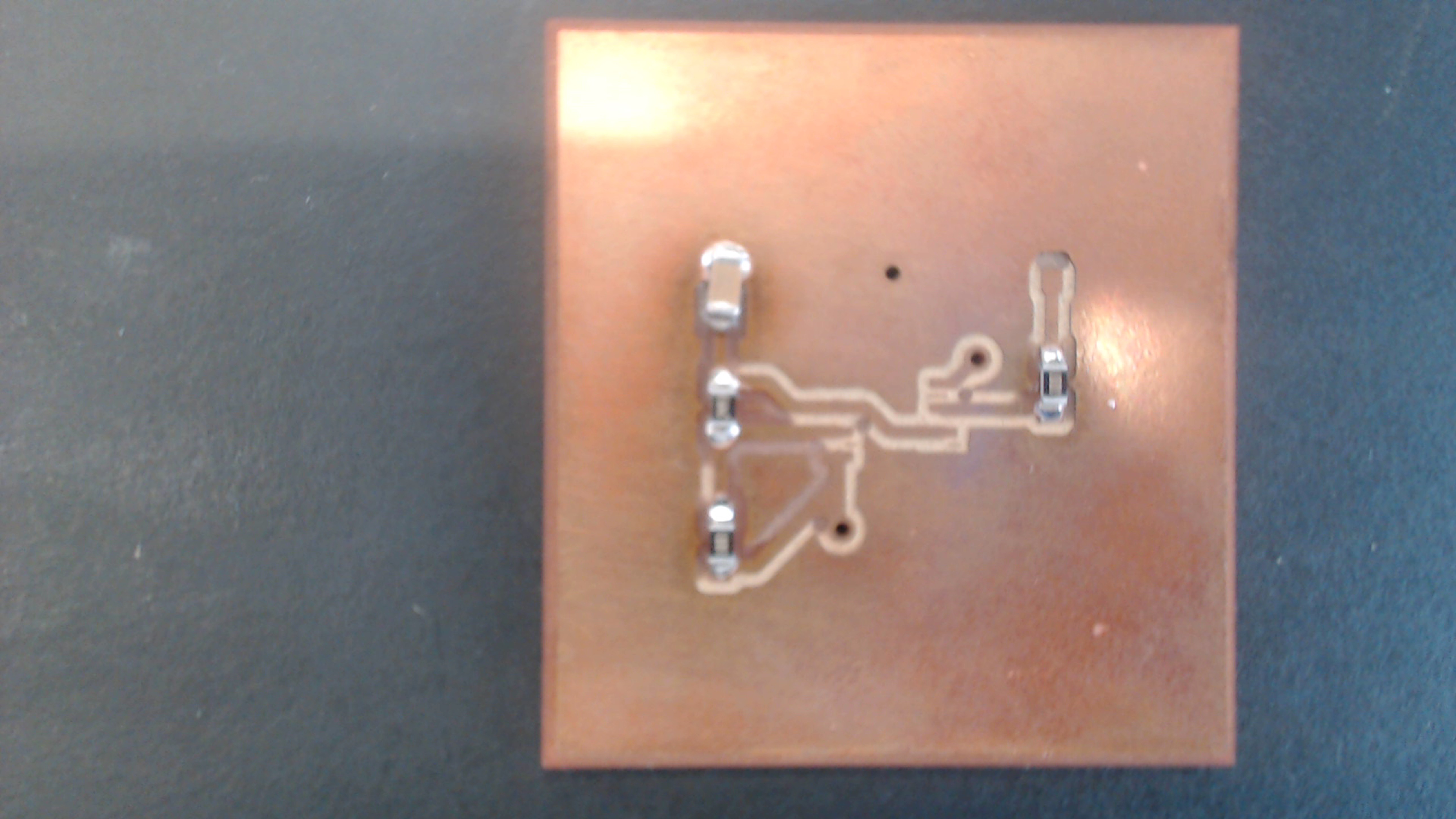 I'm aware that it's not much to look at, considering that it's not even functional at the moment. I am still waiting for the remaining parts to arrive before I can even test it.

I did manage to get a few pieces on the board already, as you can see. I chose not to hand solder them, instead I chose to reflow solder those pieces do to their size. At Barnabas Robotics we have a somewhat hap-hazard way of reflow soldering. We simply have a toaster oven and a thermocouple and we use to monitor the temperature and change it manually as needed. In the future we may get an actual temperature controller, but for now this works just fine.

While I'm waiting for those parts I've decided to dive right into my project at large, creating the next version of the Barnabas Noggin. To do this I must essentially create an Arduino Uno on a PCB of appropriate dimensions with some added functionality. This task is much more complicated than this little board I've made and it's clear that my limited knowledge of KiCad is going to make this difficult. Luckily, once again Dan has given me some direction by pointing me towards his website where he has a much prettier KiCad schematic than the official Arduino Uno datasheet provides; https://rheingoldheavy.com/arduino-from-scratch-part-13-full-arduino-uno-r3-schematic-and-bom/. I've figured out that to emulate Dan's schematics I must learn how to make hierarchical schematics which Conceptual electronics is also helping me with.

Well that's where I'm at right now. You guys will be hearing from me again in about a week, hopefully with more to show for it.