Steady as she goes -Eric

Me again, with another project update. Not much has happened since I checked in with you guys last. I've been at work altering the schematic, primarily switching the ATMEGA16U2 with the FT231xS as the serial to USB chip of choice. Possibly more important though is the addition of a few resettable fuses and zener diodes intended to protect the circuit from mistakes that we can expect, and have witnessed, from 10 year olds. Edward is responsible for most of those changes. He pointed them out in the first place.

In addition to that I have, with the help of Edward, setup github branch libraries for the future, as I will need to make separate versions for each manufacturer. or now I just have a base branch that I am calling the control branch. Just a bit of a safety net incase I need to hit the rest button. Next step for me is creating a prototype board of each subsystem so that I can test each part of the board piece by piece, rather than constructing it all at once then scratching my head when it doesn't work.

For those who are interested here is the current incarnation of the total board hierarchy; 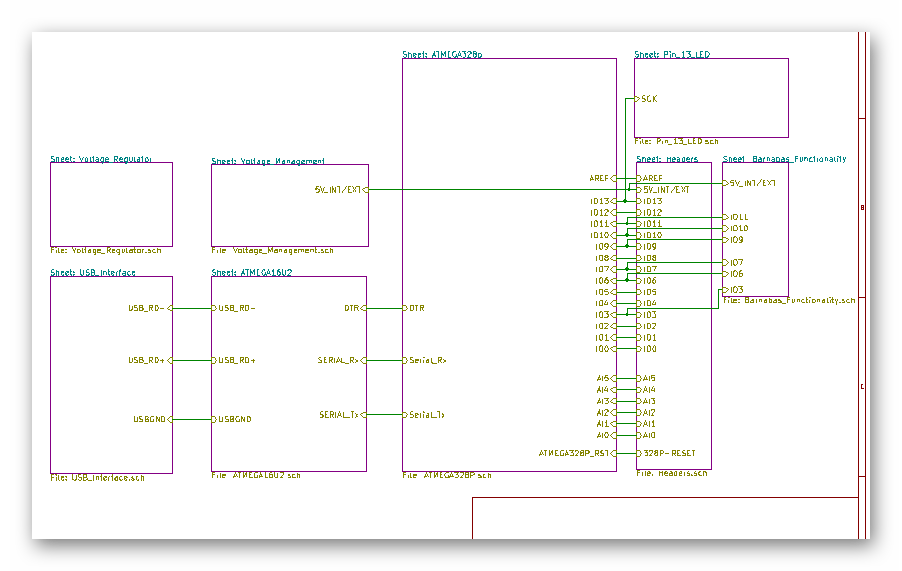