When my mailbox post showed signs of rotting and weathering, I knew I wanted a 4x4 concrete mailbox post. I had seen an MCI fiber marker made from concrete, and that post had stood up to at least 15 years, so why not a mailbox post? A quick google search didn't yield any source for such - so it was a chance to make my own.

I started off by making a form for what I wanted. I failed to take any good pictures, but imagine turning a stack of 2x6's into a fully enclosed form, where the open space in the shape of a typical mailbox post, made from three 4x4 post. I did my design work in inkscape (totally the wrong tool), yielding the following indecipherable template: 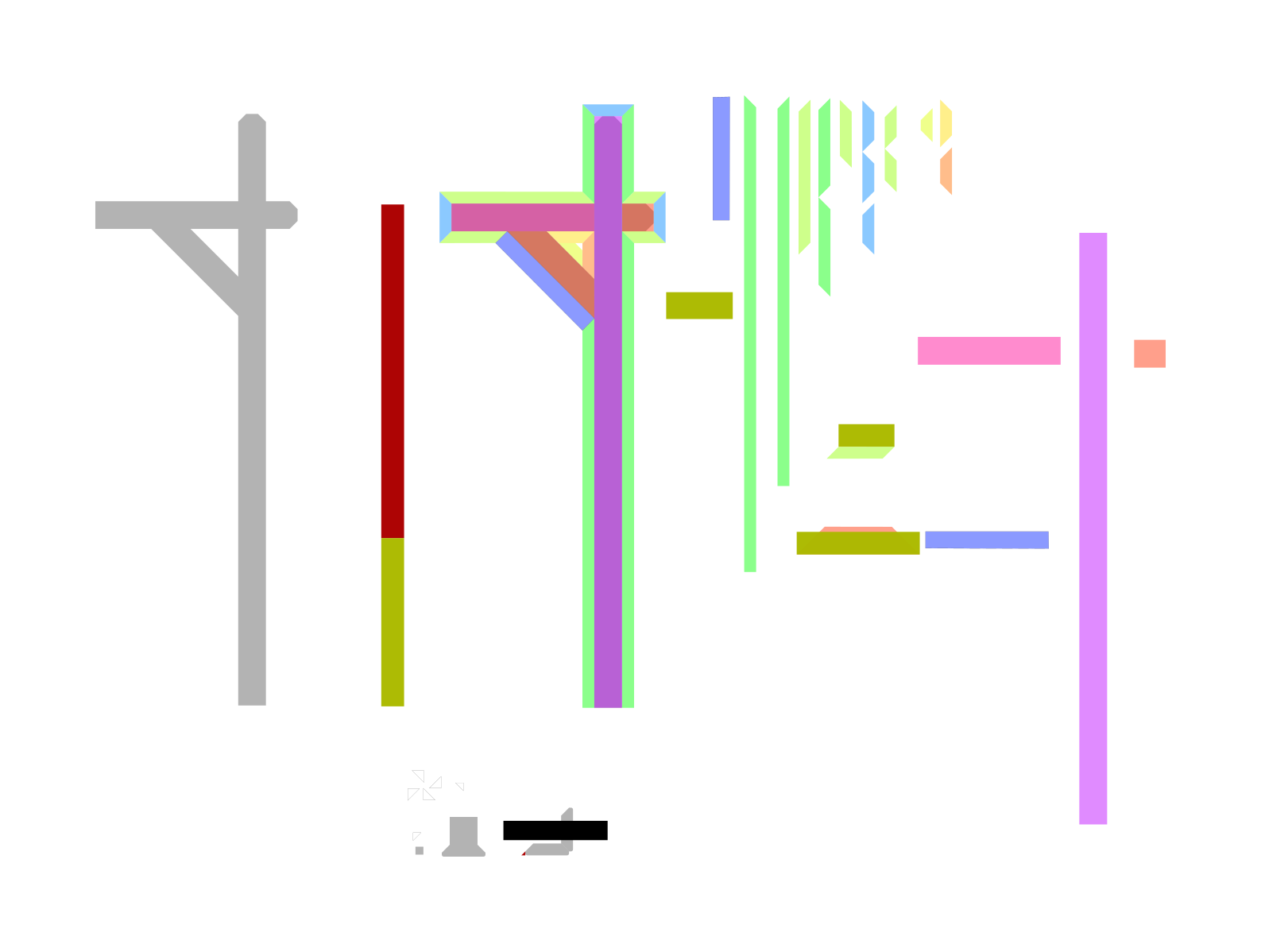 The design included all sides except the bottom, as I had some brilliant plan that I would flip the form upside down, and pour concrete in the bottom. This turned out to be a huge mistake, but you'll see pictures of that soon.

So, I spent several hours with a table saw, cut some crazy 45-degree angles, some even crazier 22.5 degree angles, and had a completed form.

One last detail - I wanted to be able to get my concrete to come out of the form later, so I smeared some grease all over the inside of the form. No idea if that was a good idea or not, but it made sense a the time.

I had also done some reading before all of this, and learned a little bit about concrete. Concrete is great a compressive (squishing) strength, but terrible at tensile (pulling) strength. Since my design was for a thin post, I knew I needed something to help with tensile strength.

The first option is fiber-reinforced concrete, which is basically bits of fibers (fiberglass or something else) mixed into the concrete. The idea is that the concrete grabs onto the fibers, and transfers tensile loads onto them. Unfortunately, looking at the numbers for the fiber-reinforced concrete I could actually buy, it didn't look like enough of an improvement to help me.

The next option is some kind of steel reinforcement. This is the category that rebar is in. You have some metal inside of your concrete, and you make sure the outside of the metal has a shape that the concrete can grab on to (like the ribs on rebar), and you're good to go.

The main drawback of steel reinforcement is that some chemistry has to happen to keep your steel from rusting, and it doesn't work for as long if your concrete gets wet a lot (like a malibox post will) and if the rebar is close to the surface (like in a thin 4x4 post). This ultimately led me to the decision to paint the posts when I was done, to try to slow down the chemistry to make these last longer.

I went ahead and purchased fiber-reinforced concrete (because why not - it's not much more expensive), but got some steel wire mesh from the hardware store, figuring it would be a decent reinforcement. It was something like 18 or 16 gauge steel wire on a 1" grid, and was also galvanized, meaning, I don't know, maybe it will last longer? I bent the wire mesh into a square-ish profile to make straight square tubes, and linked those together. I then used some string to hold the wire mesh in the center of the form. 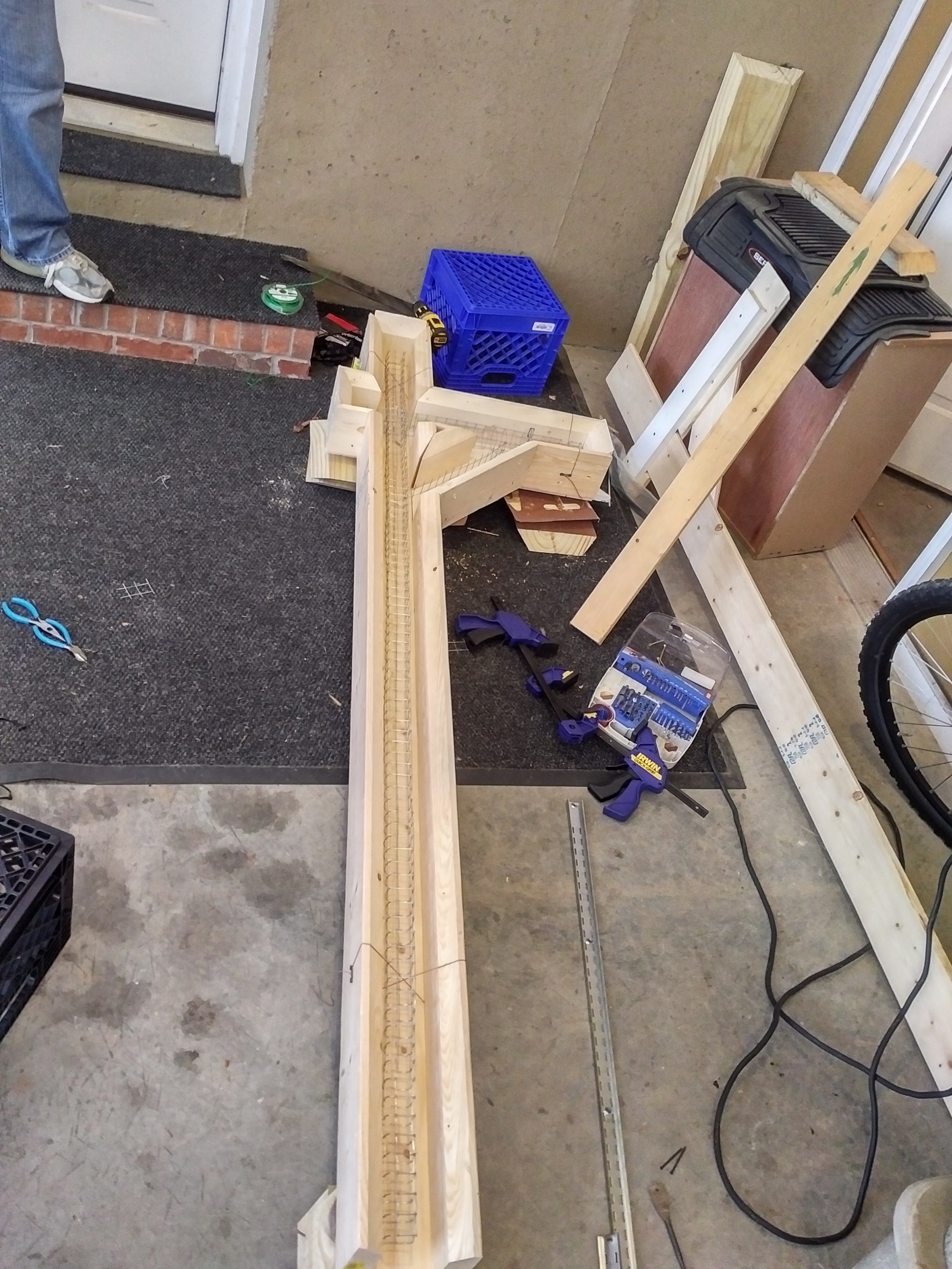 2: A first attempt at concrete