2: A first attempt at concrete

So, the form was ready, and it was time for me try actual pouring concrete.

I pulled out a couple of buckets, and started mixing the concrete at the ratio that they say is recommended. And I'm mixing. And mixing. And it seemed really dry. So I started adding more water, up the maximum amount listed as 'ok' to add. And it was still really dry. It wasn't the liquid-y pour-able concrete I was expecting; it was a thick, chunky mess. I added even more water, trying to salvage the situation, and decided to give this a pour to see what happens. And it was a trainwreck.

I got some concrete into the form, and some all over the outside. It was running down the form, but I had no idea how far. And it started getting stuck in the rebar, and it just got messier and messier. We shook the form, we jiggled the form, we picked up and droped the form repeatedly. We even stared to crack the form. Nothing was working as planned.

I called it after the first 5-gallon bucket's worth, about a third of what it would take to fill the form.

So, what did I learn? That concrete is really thick, and you need to vibrate it to get it to flow at all. And maybe fiber-reinforced concrete is a little thicker.

Once the concrete had cured, we opened the form to get a look at the mess. 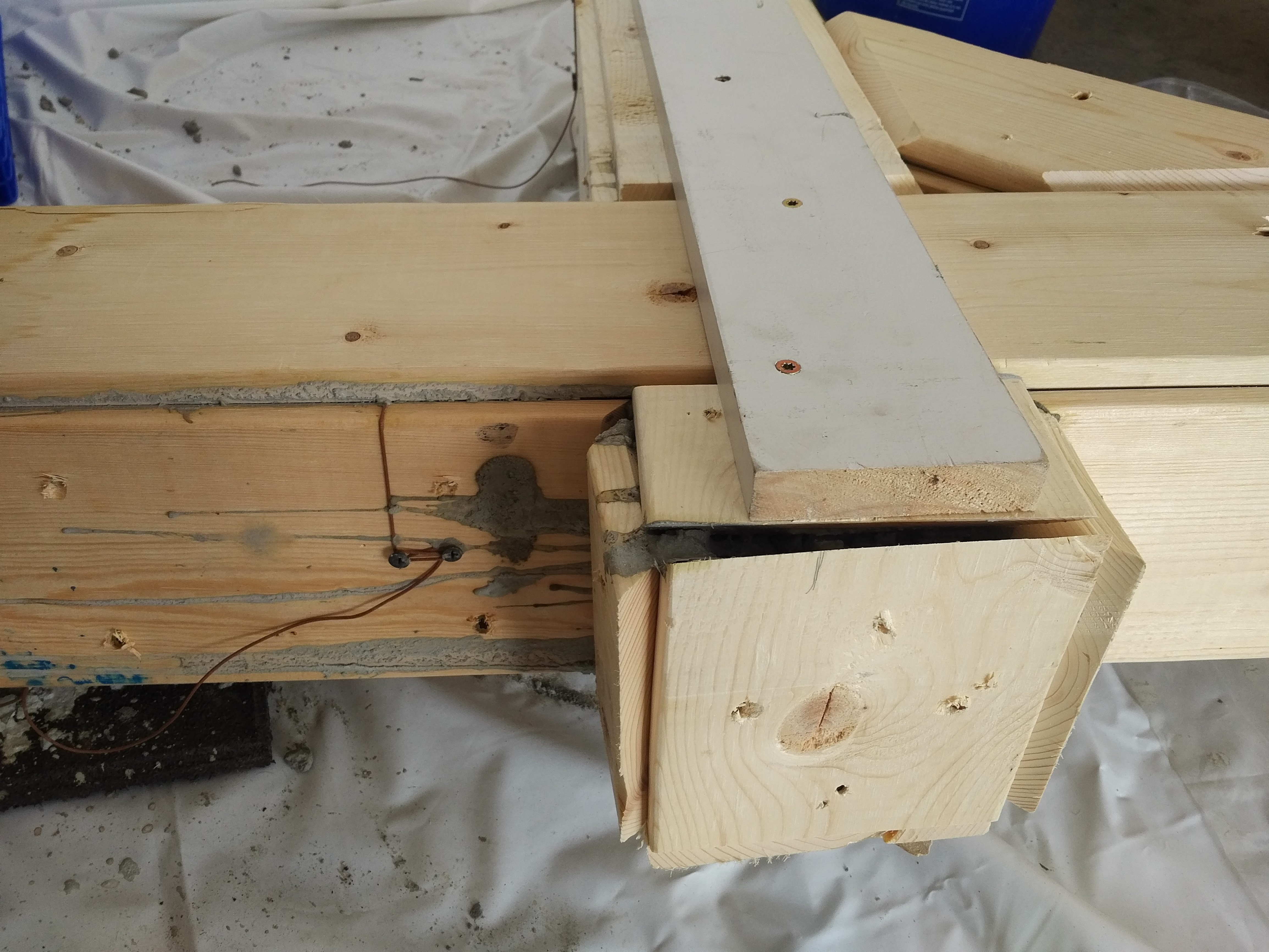 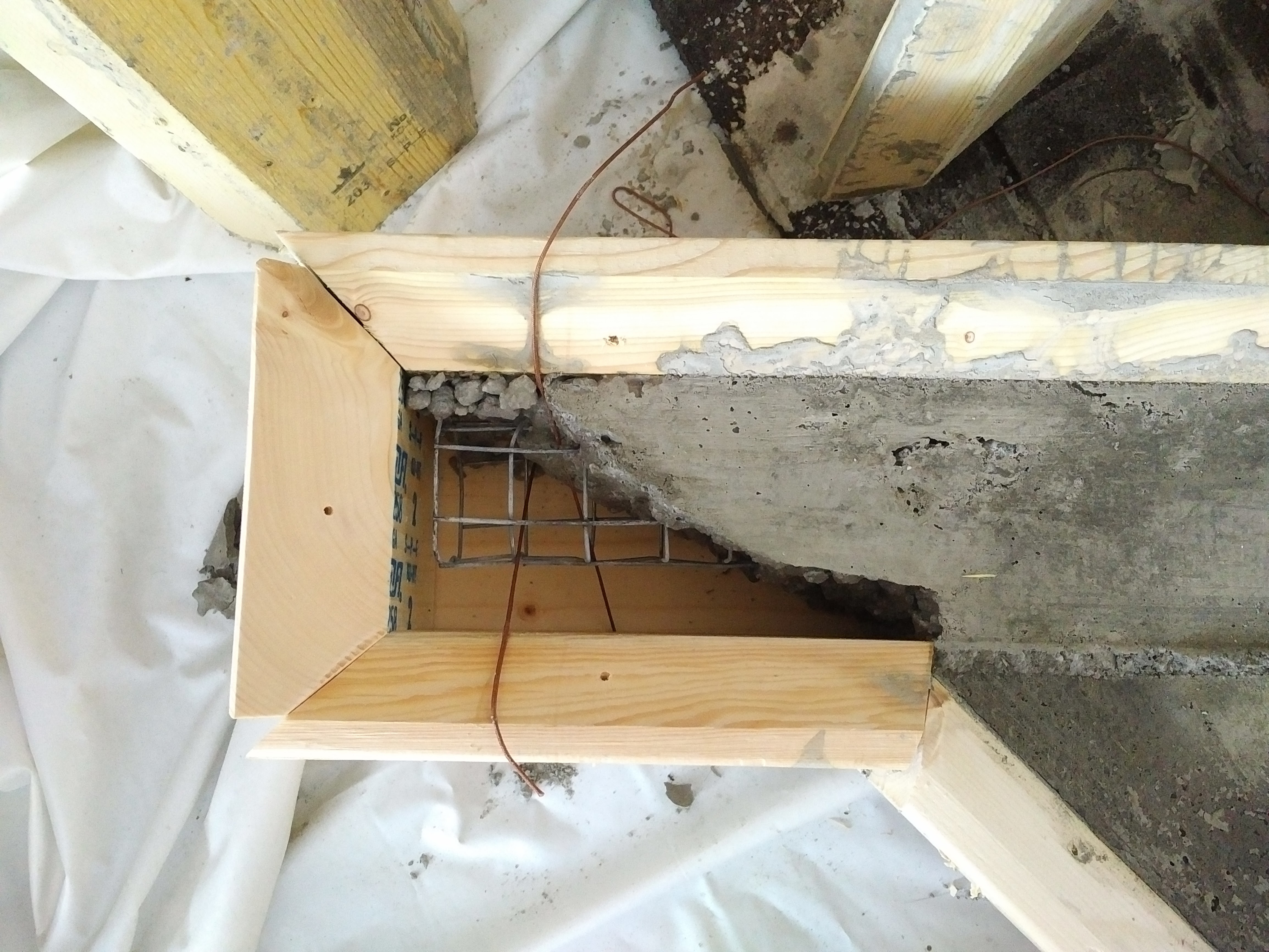 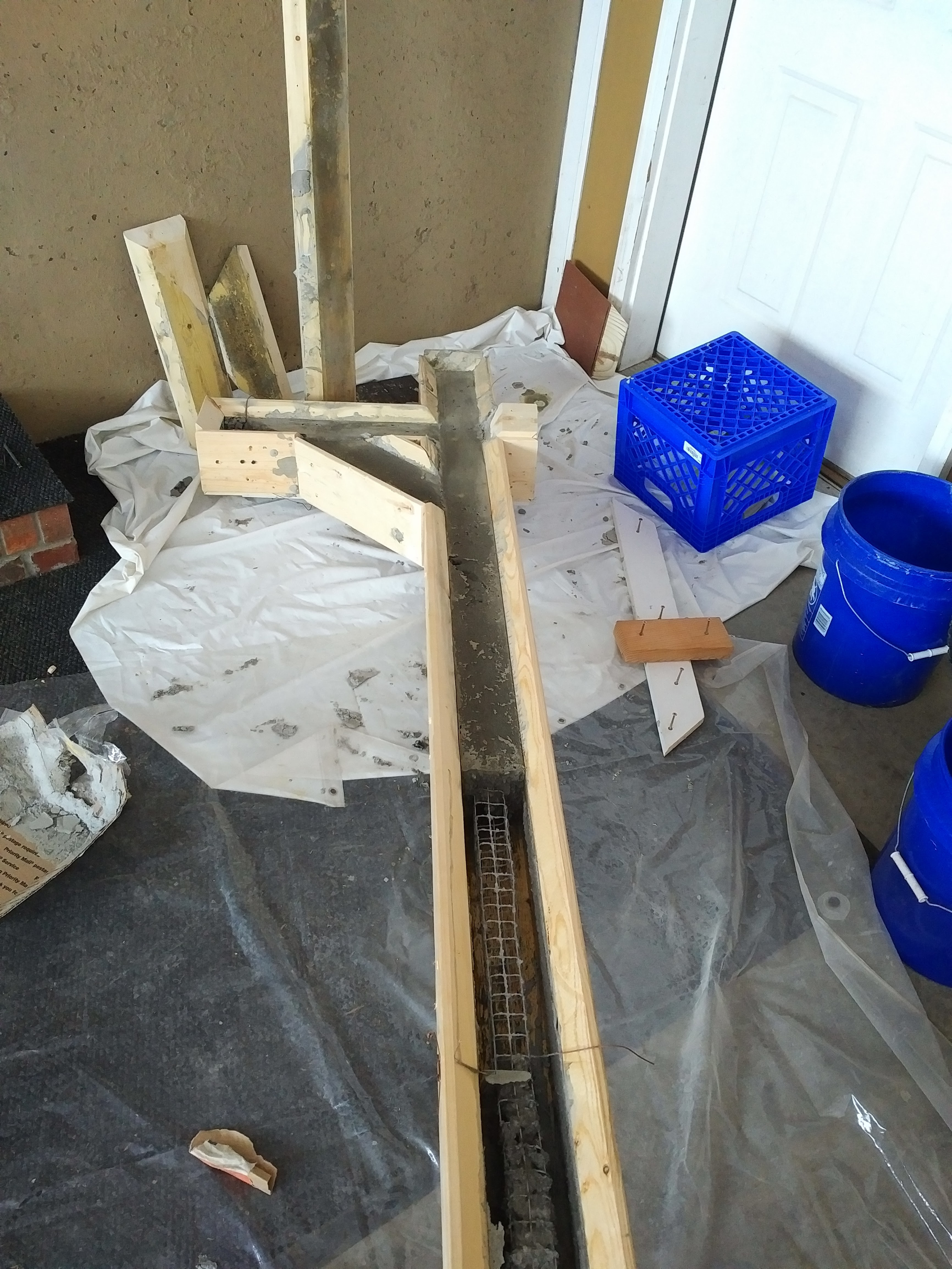 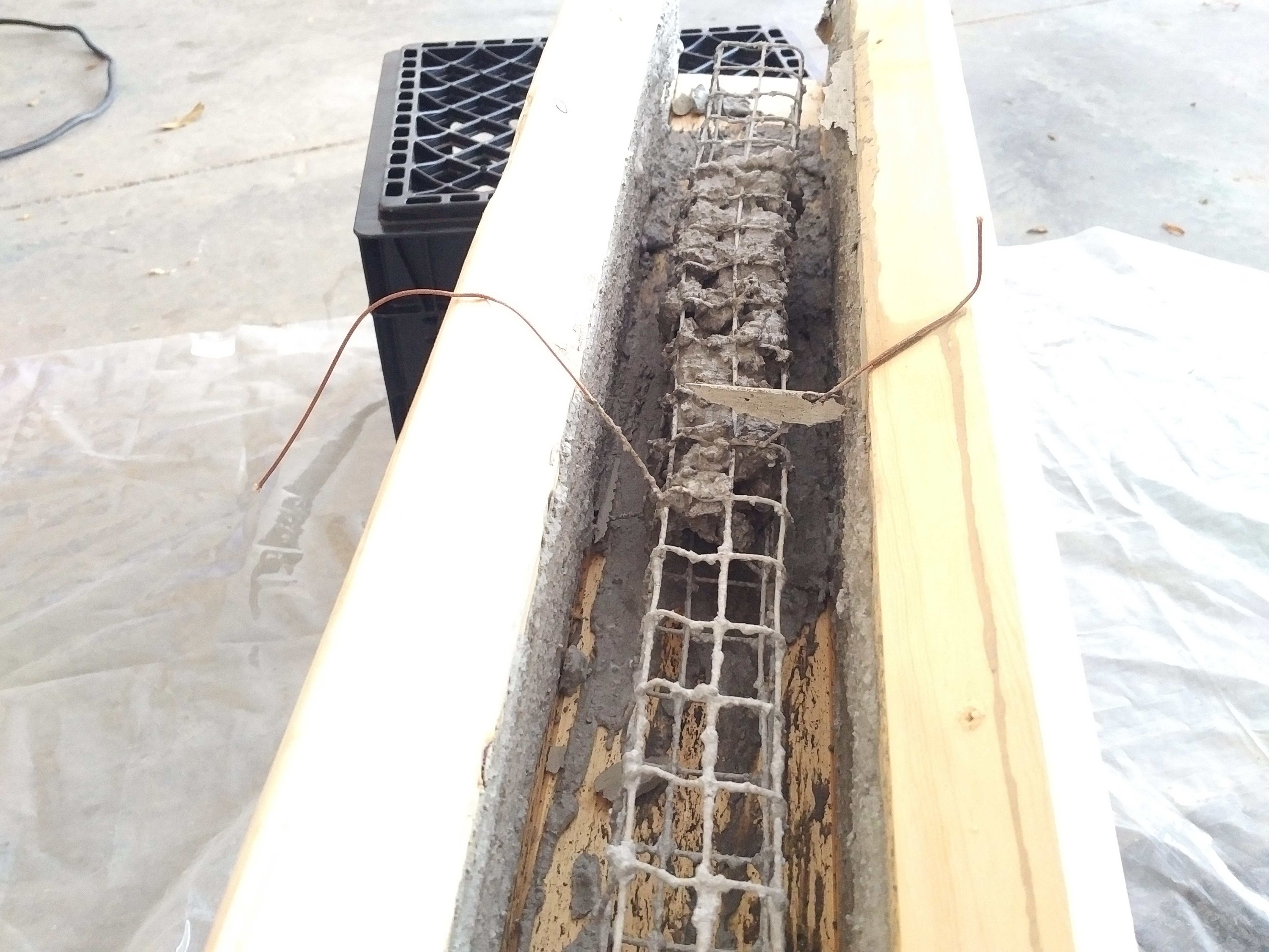 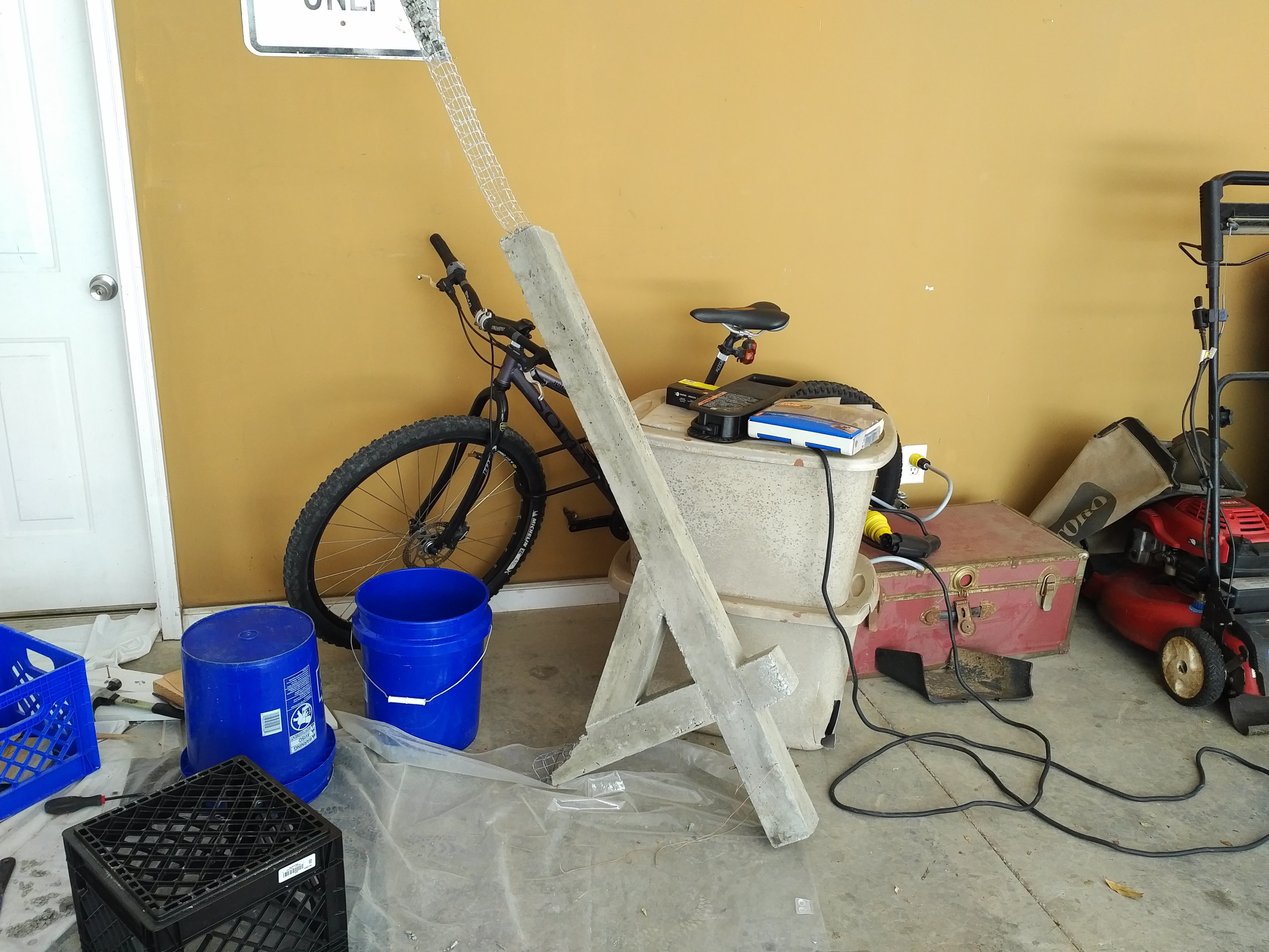 Summary: The form worked, but there was just no reasonable way to pour concrete in the end. The concrete got caught in the rebar, and never had a chance to fill the 'arm' of the mailbox post. The additional water made for a terrible surface finish. Additionally, the rebar didn't make the concrete strong enough - we broke it by propping the ends up and standing in the middle of a three-foot span.

I later ran some actual calculations on the wire mesh, and it's a lot weaker than I thought. It's time to rethink the reinforcement, and rethink the form.