log 2: A little wood shaping and a lot of frustration

A project log for Ma'Tok staff weapon from Stargate

A staff weapon made from wood with actions, lights and projectiles

I'll start with the good news. I roughly made the four segments for the head. I'll show the last picture first.

And here's the process. They were first cut out of a 1x4 using a bandsaw. 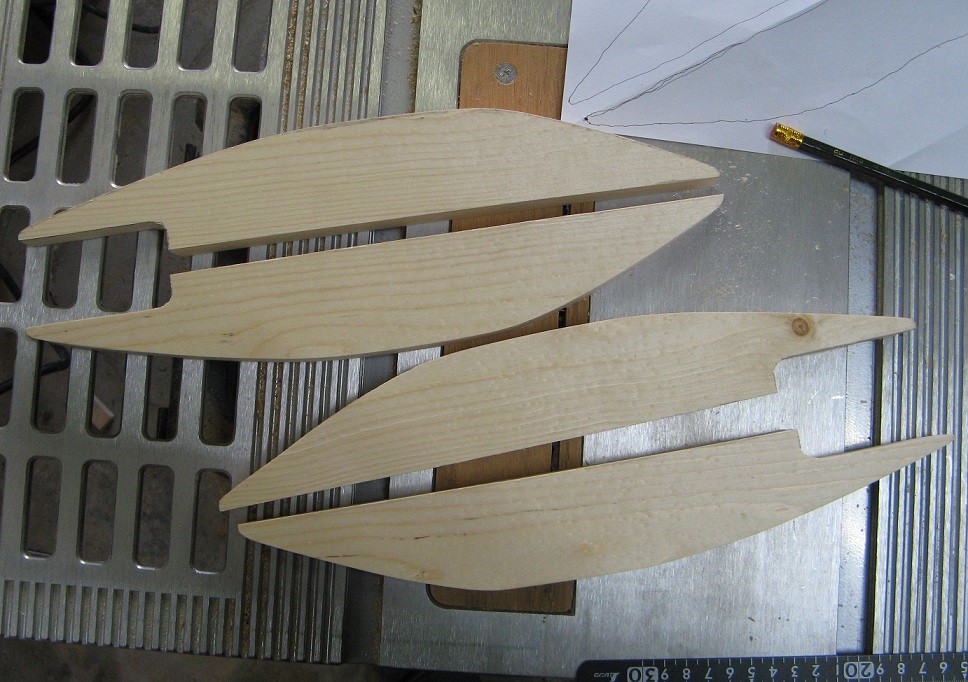 Then the corners were roughly trimmed on the bandsaw before lots of sanding on the belt sander. Here is a before and after pic to show the difference. Well, those turned out pretty well. I've also begun the other parts of the staff like the control section and decorative loop thingy. They will be made out of plastic pipe salvaged from a vacuum.

Now for the bad news. I spent most of the weekend trying to fabricate a head opening mechanism. I tried idea after idea and ended up scrapping each one. The problem is that everything is so much smaller than I had imagined. It's too small for wood to be strong enough. My metalworking skills were clearly not up to the task. I tried a bit of plastic too, but to no avail. If I had a 3D printer I could probably get something to work. So if I win the 3D printer in this contest I'll go back in time and make the parts for this.

The outcome, if I want to get something built by the end of the contest I'm afraid I'll have to simplify things. The head will no longer open and close(unless I win that printer). It will be permanently open, in the armed state. This leaves me a lot more time to focus on the electronic aspect and this week I hope to design the lighting and order some LEDs.

Also, I had an idea for the projectile. AAA battery with LED and spring contact that closes upon firing. Chew on that, safety people.