I should have tested it before, first the kit themself and then the forrest mims version. The matrix is all soldered up and the kits are soldered like I've interpreted it so far. 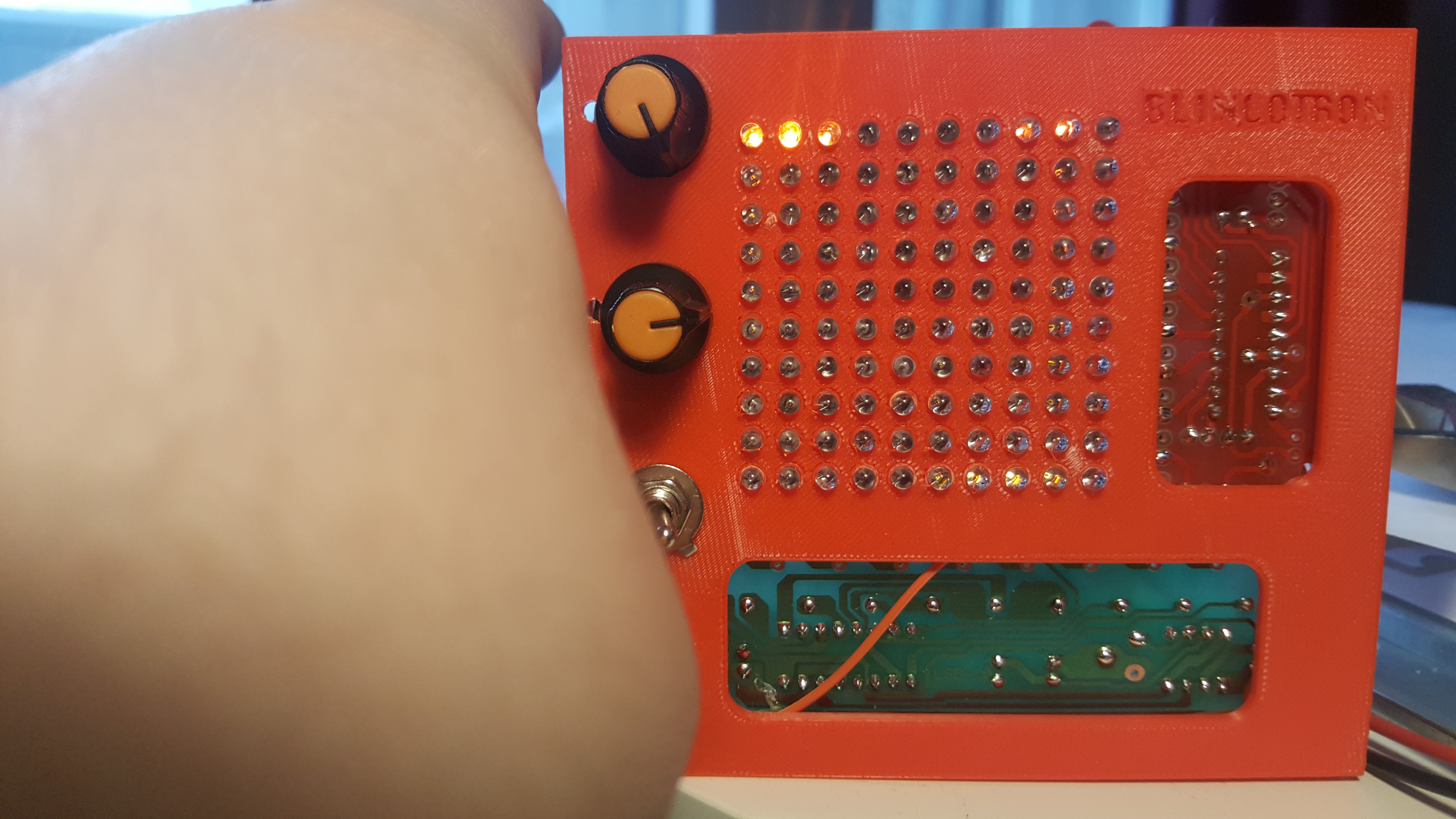 At this point I cant tell what I've captured there, I'm having my thumb on signal ground to produce some jitter.

Hmm, I wonder what's going on with it?

Orange LEDs turn green?  That's a huge wavelength shift - more than I've ever seen on an LED before.  Could they be bi-color LEDs?

Keep at it - I want to see some 50Hz hum sine waves on that that display.  All we have around here is 60 Hz hum - so boring!

sorry for the late response, I was about to reply but this project was bugging me too much to think about it :D definitely no duo/bi colored LEDs, I have some left from another project, but not that much to confuse them ;) the color shift goes away when I speed up the scanning frequency. So I guess the impulses of too much current get shorter, therefor better for the leds.

When the other kits arrive, I will analyze /reverse engineer the boards and compare them to the original mims design and check datasheets etc. It just got a bit more "interesting" this way.

Try reducing the current to the LED.  Real LM3915 has programmable constant current via resistor on reference pin.

>The physics is complex, but in essence, junction temperature alters the chromaticity because the LED's band gap (which determines the wavelength of emitted photons) narrows as the temperature rises.