With this bit of animated art on your wall, it would be illogical if you did not receive extra long life and prosperity. I printed a new bull gear and a new pinion gear to get a better reduction in speed. I took the opportunity to add some flair by putting three little Vulcan Salute cut-outs in the gear. Since the 8-tooth pinion gear was so small, I decided to print it in PETG which is quite a bit stronger than PLA when printed at the correct temperature. I also had to design a smaller gearbox holder so the larger bull gear would fit. 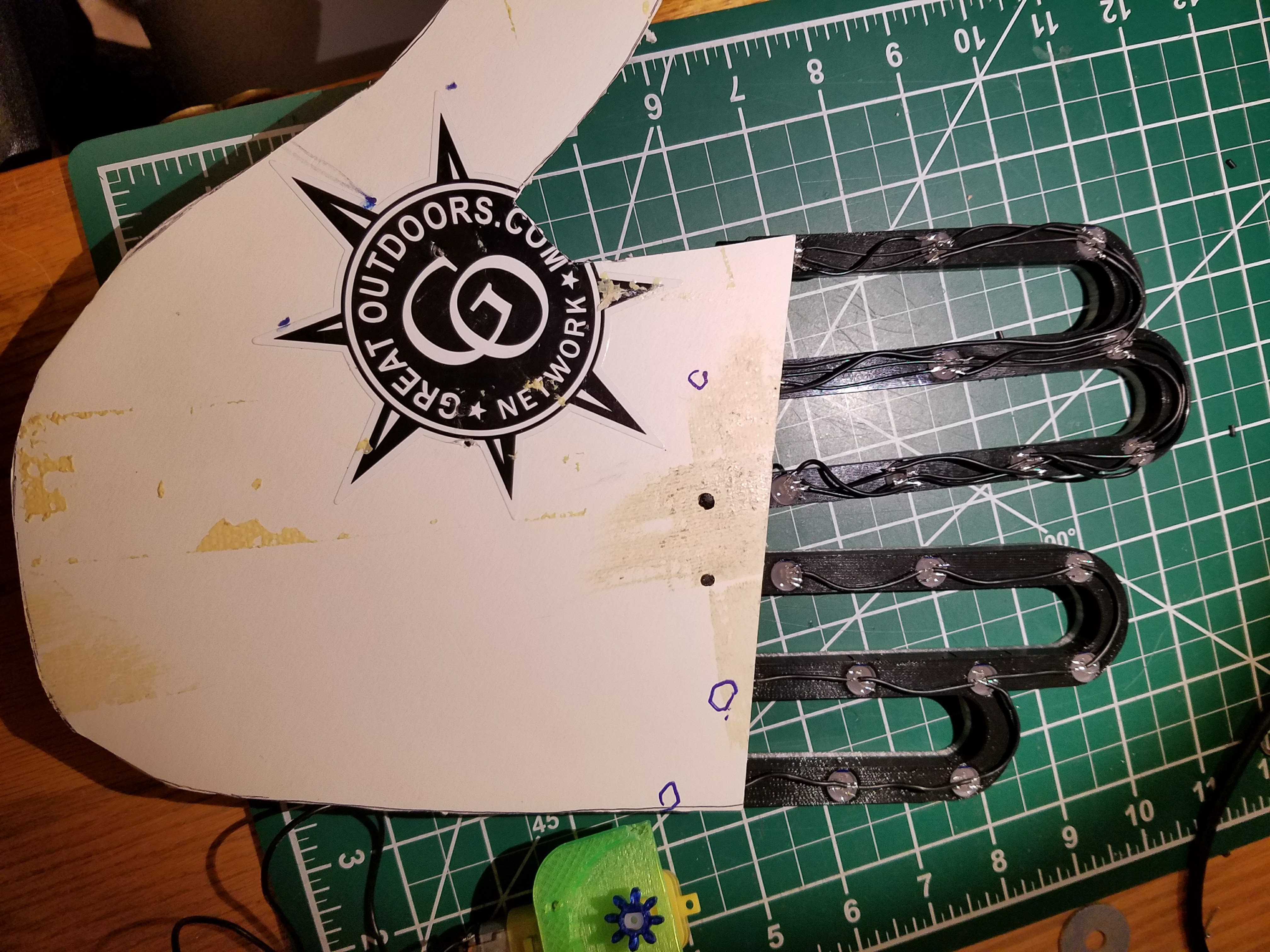 Wiring the 20 PL9823 LEDs is a time consuming task. If I make a second Vulcan Salute, I am considering doing a design that uses strips of WS2812s. The wires coming out of the four LEDs closest to the palm of the hand are making contact with the foamboard, so I either need to cut away those sections of the board or add some spacers under the finger gears to make clearance for the LEDs.