The Good, The Bad and the Adorable

I'm slowly moving along with this robot, despite the long silence. A few iterations of the PCBs, a few changes of direction, a hour of coding here and there, a lot of frustration -- but I finally have the first, very shaky and suboptimal, gait.

You can see in the video that I'm experimenting with different leg proportions -- basically trying to make this robot faster. The SG92R servos seem to be handling the longer legs without problems, even at the standard 50Hz signal. I can always increase the frequency to get some more power from them, since they are underpowered anyways.

Of course a lot remains to be done there, most importantly I want to update the servo positions all the time, controlling their speed and exact path -- and not just give the end position and wait for them to get there, like I'm doing now. This way it should be much less shaky and also able to respond to any sensors faster.

However, I realized there is a fatal flaw in my world domination plans. Those robots are much too unreliable to actually enslave the humanity properly, so I need something to give them an edge over puny humans. My original plan of making them wear hats seemed to be a move in the right direction, so I decided to expand on that and make at least some of the robots as cute as possible -- this way the humans should be less likely to fight back, even if they get a chance due to some miscalculation.

I recently received a pack of new type of servos, SG50. They are not actually new, but I never used them before, so they are new to me. They are in the category of sub-micro servos, smaller than the popular SG90 and other 9g servos. They make nice stubby legs: 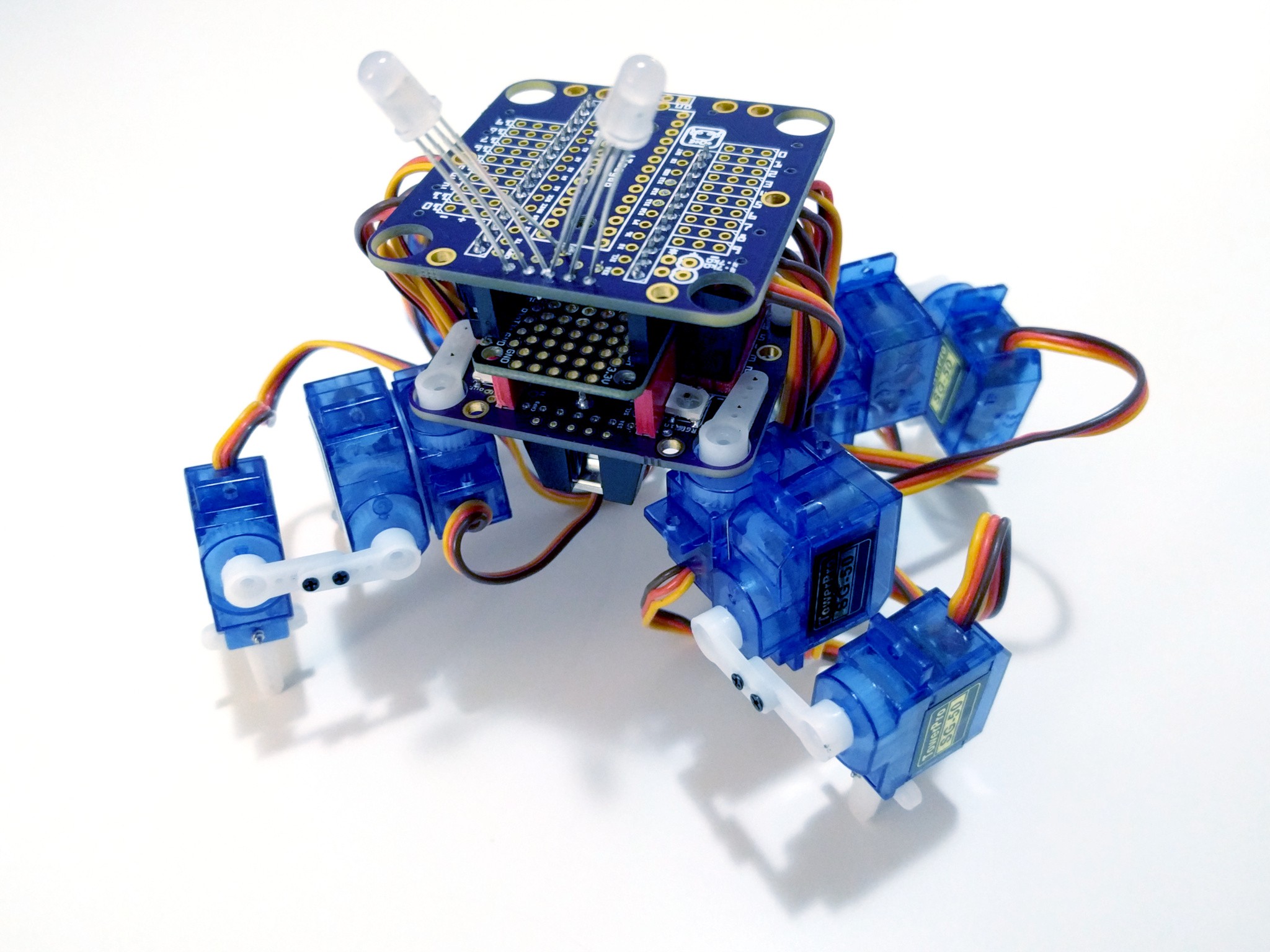 Apart from the childish proportions, I also added a pair of RGB LEDs as "eyes". Of course they will change color according to the status of the robot. I am also using a smaller Feather board here, the M0 Basic, which means it runs on CircuitPython, and not MicroPython.

The plan is to finish it within a week, so that I can take it with me to PyCon.US and show it off there.