I did not like the 7-segment buzzer so I decided to build my own room clock. I like it so much I built another version to my office.

I was really annoyed by the old-fashioned 7-segment buzzer - really small and horrible looking display. I wanted something cool.

The hardware consists of these little LED modules (16x32 LEDs each one): 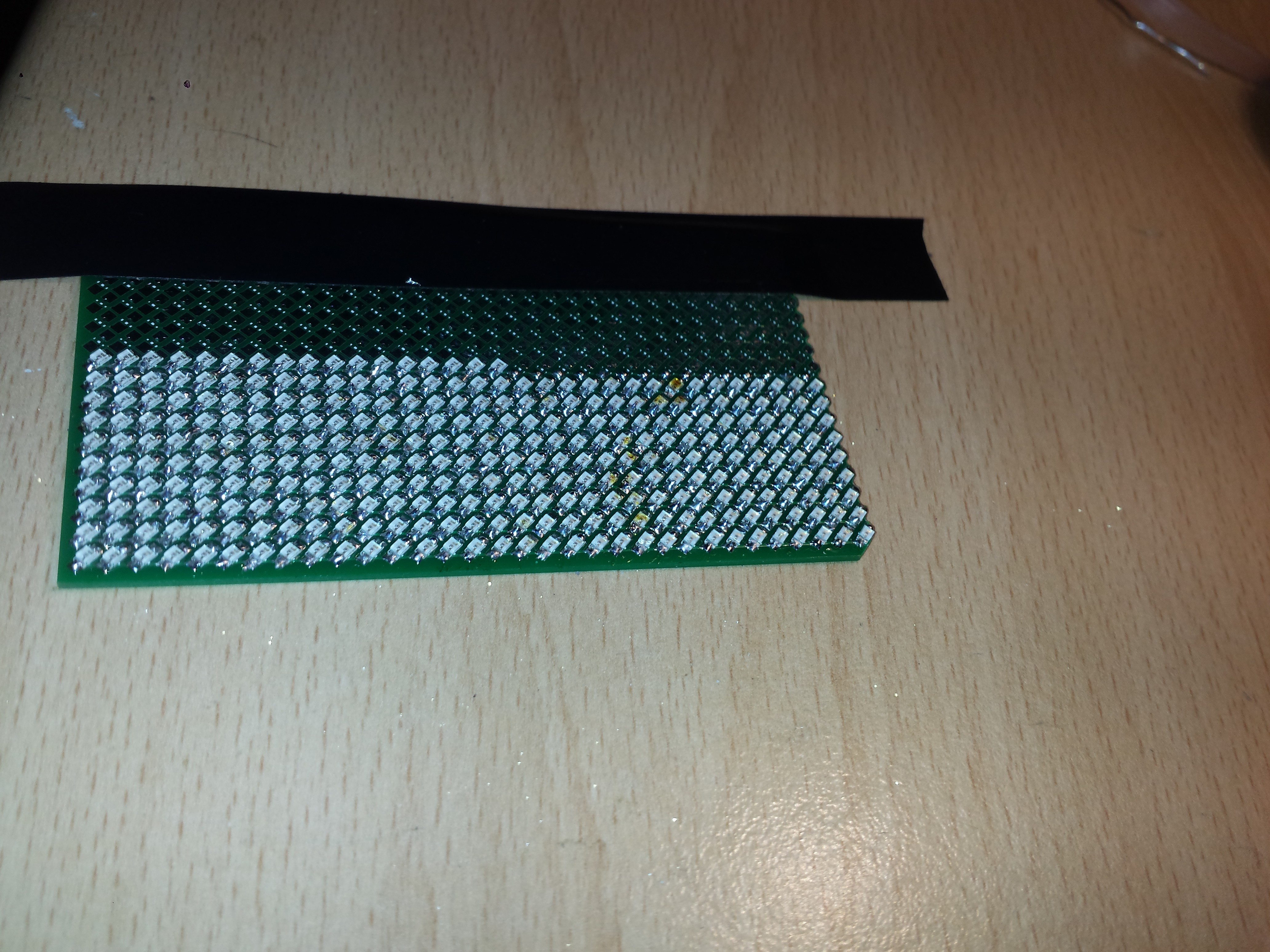 Leds are connected into a matrix - in reality only one line of the display shines. I use two or three of these modules. I have actually made two designs - one is in my room (3 modules) and the second one is in my office at work (2 modules).

I also wanted to try China PCB manufacturer. I have found ITEAD studio (https://www.itead.cc/open-pcb/pcb-prototyping/2layer-green-pcb-5cm-x-10cm-max.html) - They made 10pcs of this design for about 20$ + shipping - really cheap and quality is also really good.

The control board PCB is homemade by direct toner transfer method (version for 3 LED modules): 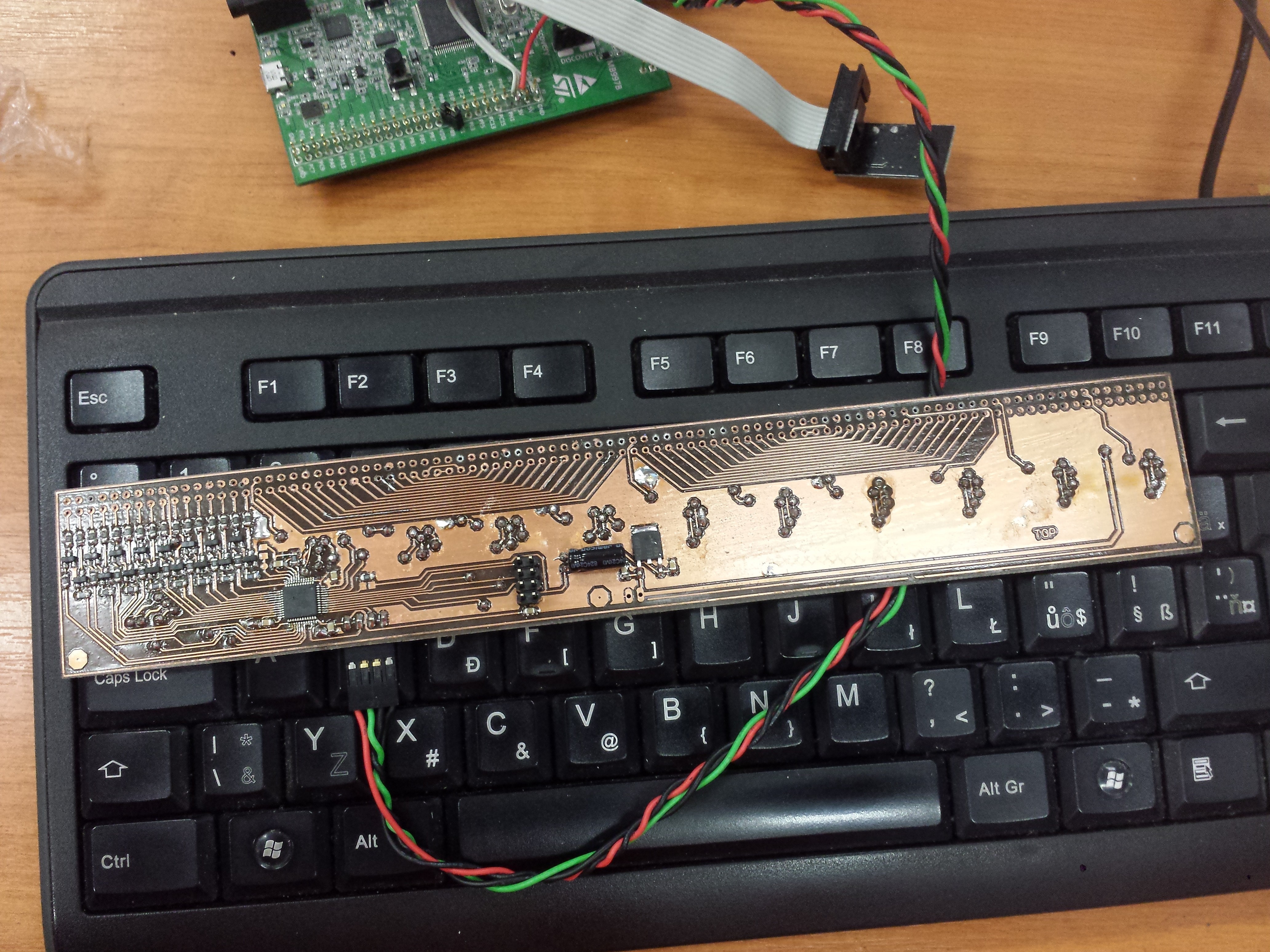 Here is a picture with design version 2 - just two LED modules (the LED in right-down corner means the device is succesfully connected to a wifi. 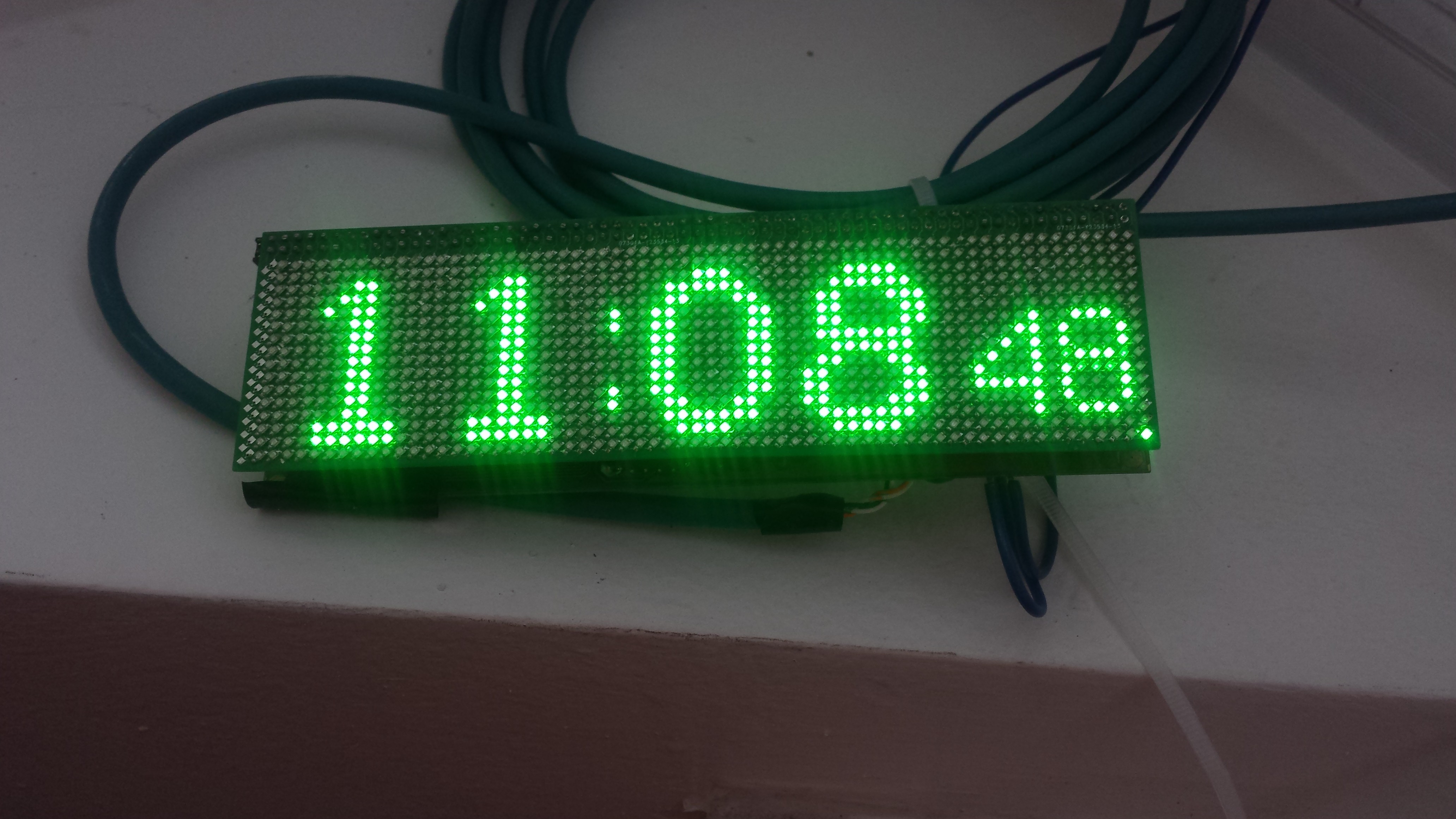 The github actual commit contains the version 2 with hardware design and firmware as well. Firmware can be easily adjusted to use more or less LED modules.

Plans for the future

Yes LEDs are soldered by hand.

nice work, try reflow for soldering, My record is 7 minutes for 110 LEDS

Very nice display.  The LEDs are all hand soldered with an iron?  That's impressive!

This is a realy nice clock!