The expressive push button (aka E-valve) in real

Before we build all 8 expressive button of the final device, we will do some preliminary experiments with a single standalone unit. In this log entry, we present the component choice for our initial version.

We need the expressive button to be responsive and accurate at the same time.

The responsiveness is achived by sprnig loading the button. The spring parameters were chosen by preliminary tests with a kitchen scale. We thus took our weekest finger (for most people its the smallest one) and sqeeezed the scale with a force that we thought would be still comfortable for prolonged play on the final design. The scale displayed 500g which roughly corresponds to 5N. The stronger the spring, the more responsive the button. But the stronger the spring, the more tiresome it will be to actuate the button, too. A maximal spring force of 5N was a first guess and our initial tests show that it was a good initial guess. The buttons feedback is very prompt.

At the end of the bolts we will mount the linear hall effect sensor breakout board. The PCBs have not arrived yet, so we can only dry-test the assembly for now.

The Neodymium magnet is just mounted below the collet at the end of the rod. It's exact size will depend on stroke depth and signal amplification. We will know more once have the breakout boards. 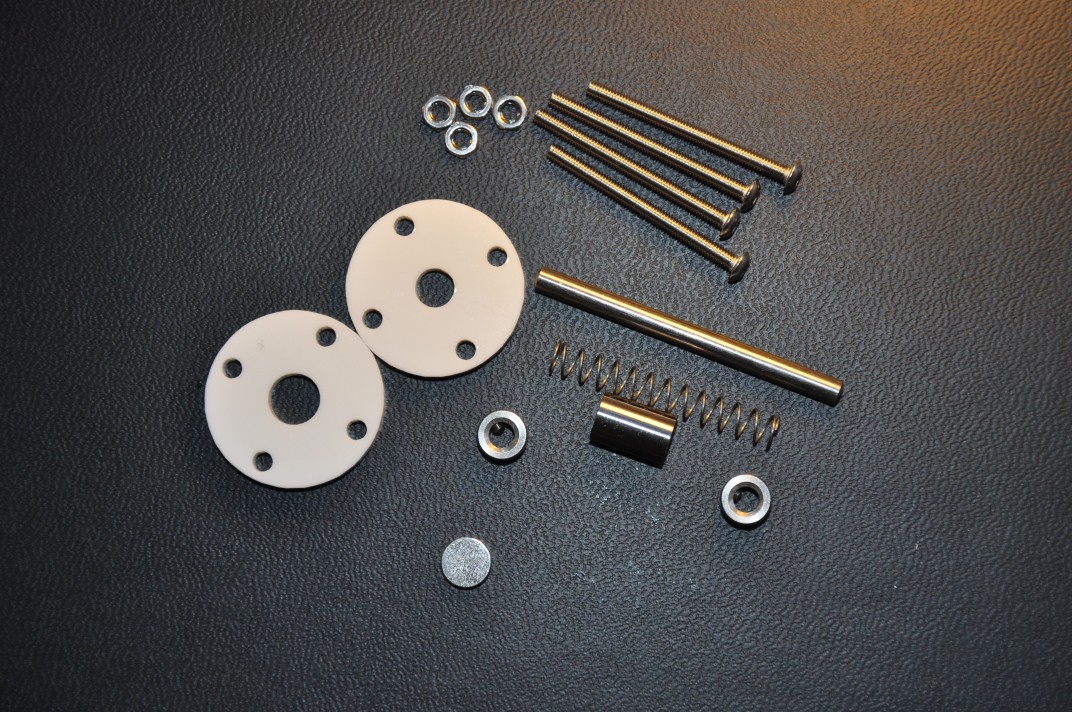 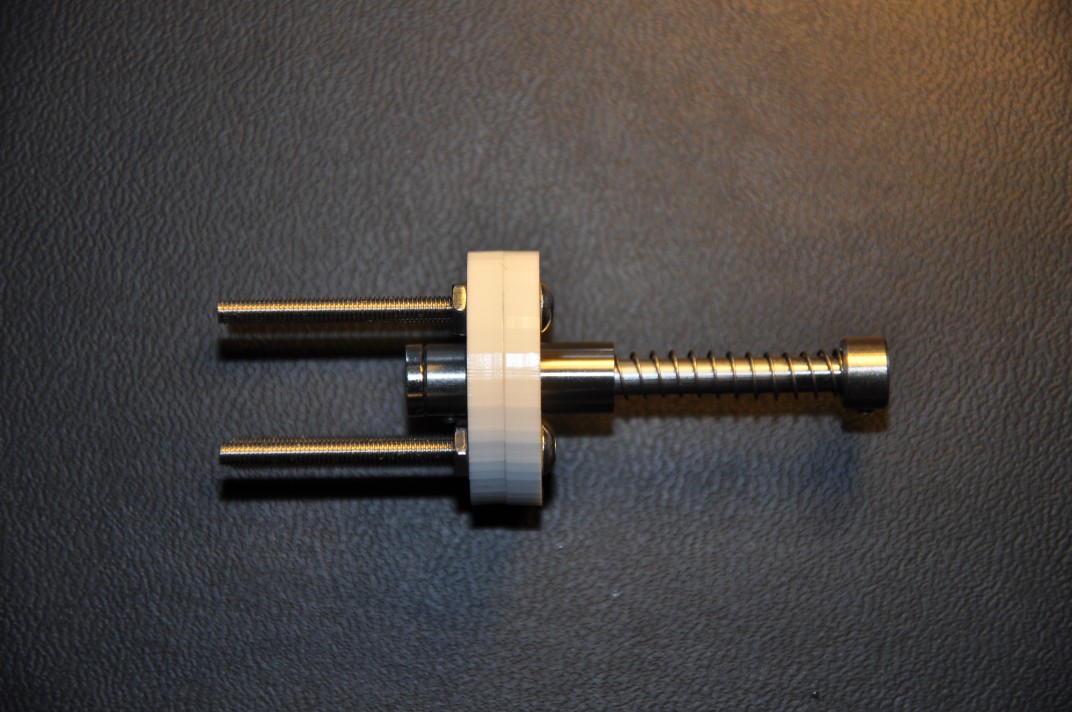