After having this idea so many years ago, I finally have a desktop-sized extant version of it. It's pretty cool. 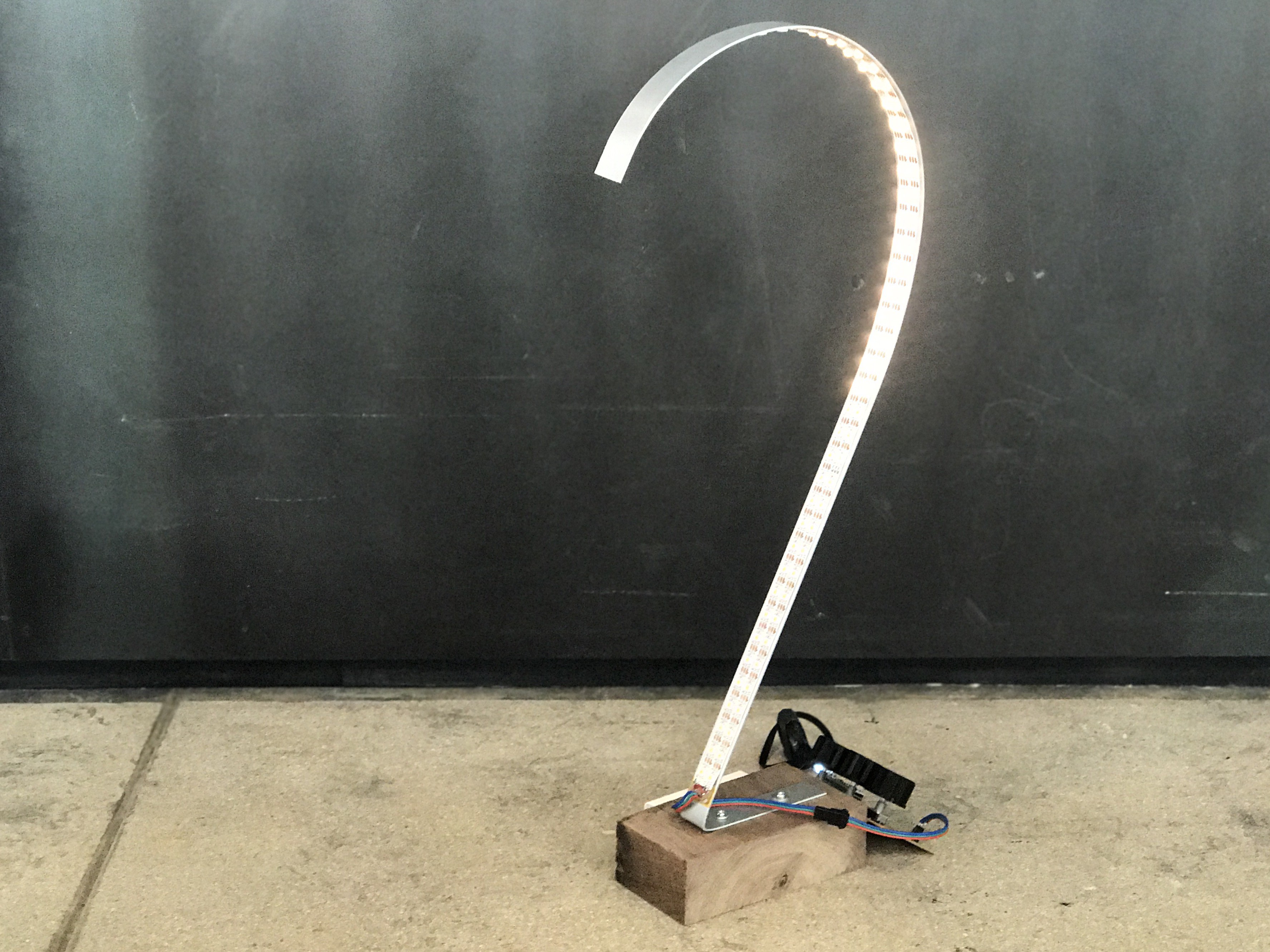 It's made from cheap aluminum extrusion, a chunk of waste walnut, WWA LEDs strip, and my rotary encoder test board. It has several issues but the form exists and I can use it as a platform to bounce future ideas off of. And now I can finally put this idea to bed after having it rattle around in my head for so long.

This prototype uses two strips in parallel, so I needed to wire a cable to two strips. If you've ever soldered up stuff before, then you know wiring to *three* things is frustrating. But since we had an Othermill in the house, I spent 10 minutes designing a custom NeoJoints splitter and cut several out. The resulting solder up was super easy. 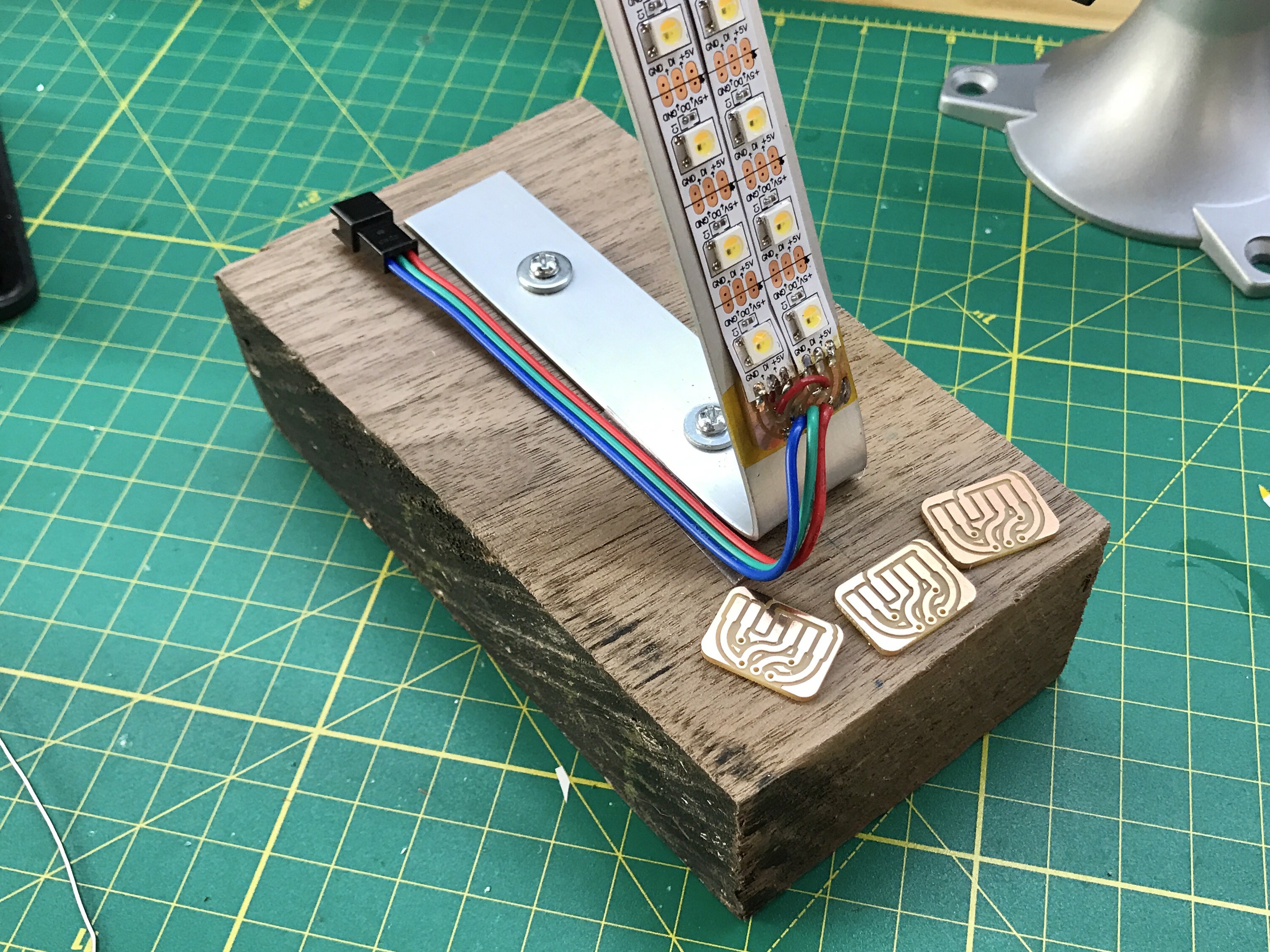 To form the arc, I used an existing MDF form that was laying around the Lab. While its radius was too small, it was actually good to use since the aluminum bar springs back after forming. 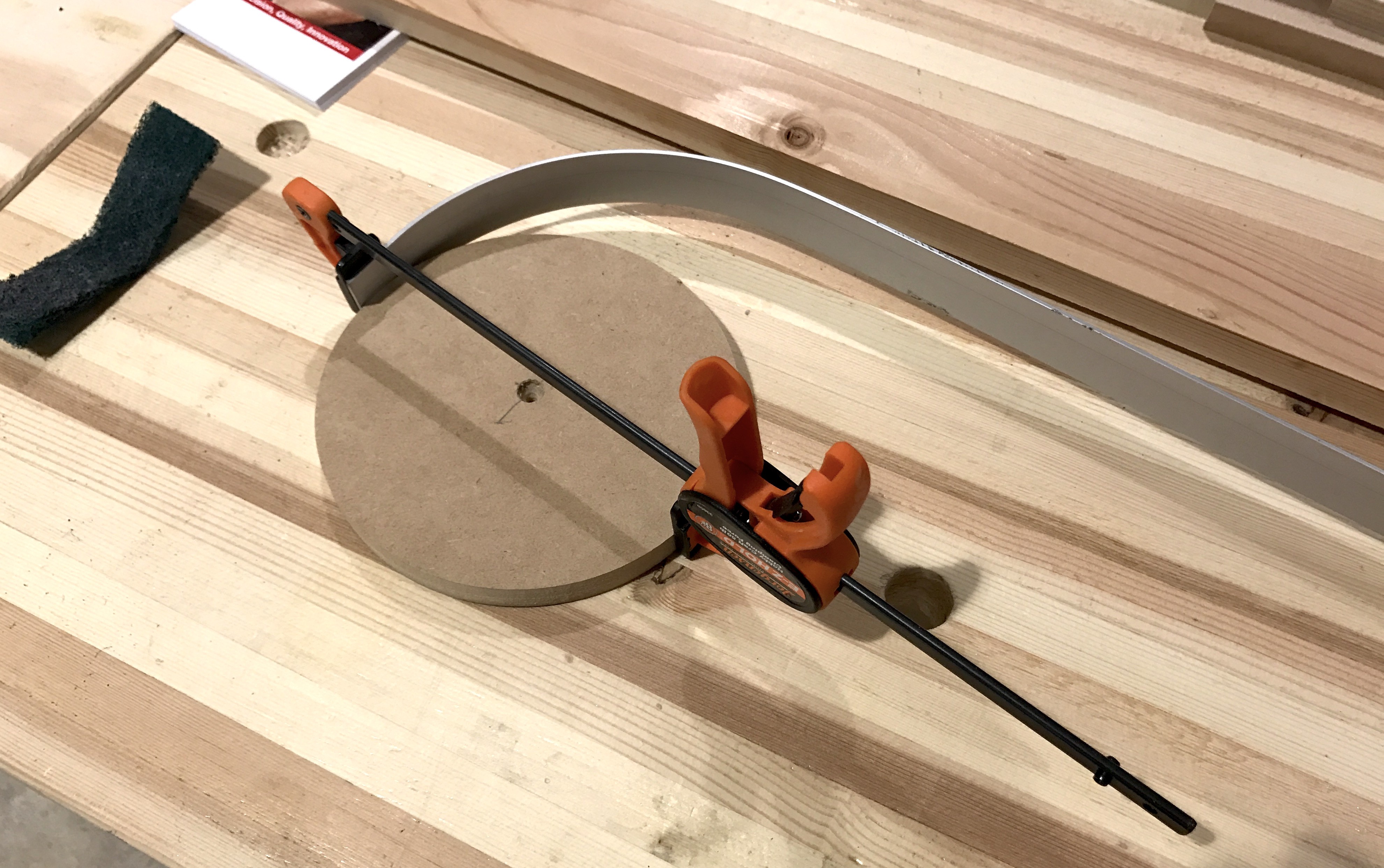 Next week: a different design and diffuser explorations

Looking forward to your diffusor findings. I am doing some diffusor work myself at the moment and it seems that 'space' is the best one :)