In seeking out a power supply, I was more concerned about finding a recently-built power supply with less emphasis on SATA-format plugs and more options in terms of Molex-style connectors, as the majority of components I would be installing in this computer that require a separate power rail utilize Molex/AMP style connectors.

Finding a recent Molex-only supply is difficult in today's part market, but finding one with emphasis on Molex wasn't difficult at all. I opted to use a lower-end Kentec 400W power supply, as it certainly supplied more than enough horsepower to keep this machine running, not to mention it still being used as a field-replacement power supplies in HP and Dell workstations in offices worldwide. 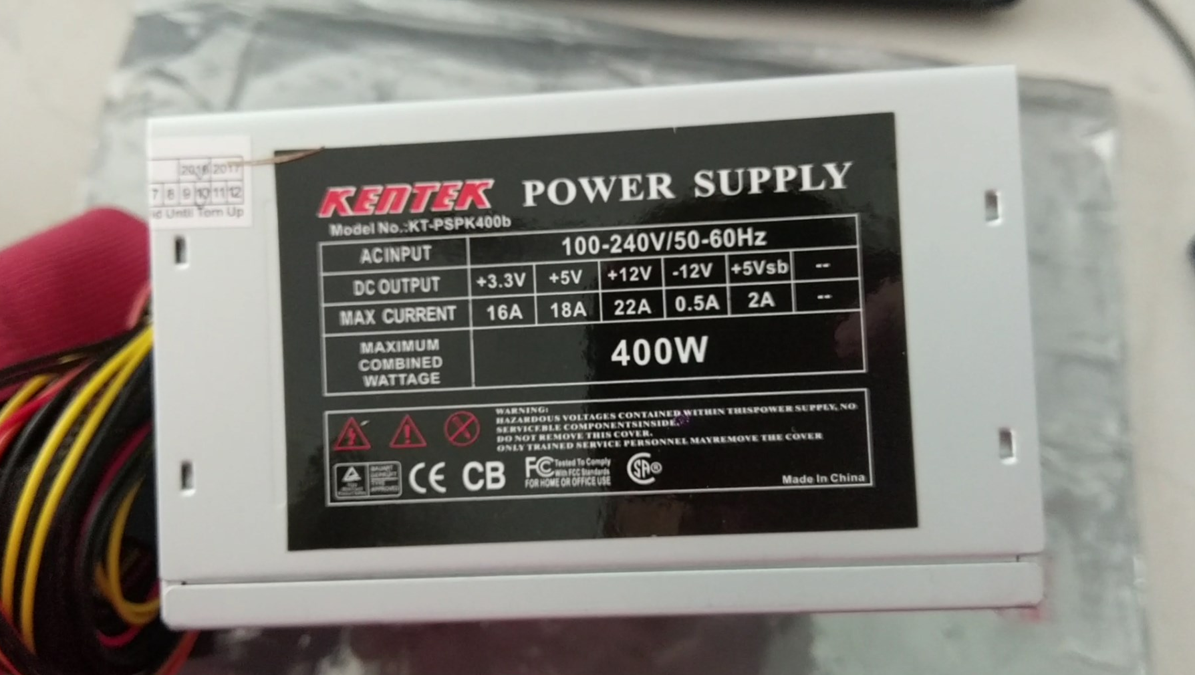 There's not much else to say about this power supply, except for a particular saga of my own impatience. In setting up the machine, I discovered that the supply only contains a single floppy connector. Initially, I didn't find this to be an issue, because even when installing a 5.25" drive (which use standard-size Molex/AMP connectors), there's only one place a floppy connector would be used: the 3.5" drive.

Unfortunately, the CF to IDE adapter uses a floppy connector, so I could only ever have the floppy drive or hard disk connected at any one time.

This was unacceptable, of course, so I stepped out the door to the nearest closing RadioShack to see if they carried a standard Molex to floppy-sized Molex adapter, as they do tend to carry older technology unlike many other electronic stores. They did have well-built Molex splitters and extensions, but unfortunately, not a single floppy connector could be found--not even in their connectors drawer.

I chalked this up to RadioShack having supply problems all the time due to routine bankruptcy, and tried Micro Center instead.

Nope, still nothing. Plenty of Molex to SATA adapters, though--and you know what they say--Molex to SATA, lose all your data. I was fairly discouraged and thought I'd have to stop working mid-test-build because I couldn't run a floppy drive and the CF card at the same time. That is, until I noticed this oddity hanging out behind the power cable extensions (product photo, not my own):

It was two male Molex plugs and a daisy-chained floppy connector, powered by a plastic-molded female SATA power connector. This obviously wasn't ideal, but it was the first floppy connector I'd seen in person since opening my power supply box. I wasn't keen on butchering another computer's power supply in the house just to retrieve the floppy connector from it, but this? This was a cheap adapter, and I felt adventurous that day. I bought the adapter and an additional Molex extender, and went to work with the pliers and soldering iron at home.

For those unaware, the floppy connector is literally just a minified version of the standard plug. Nothing special. No voltage or current difference. 12V/22A for the yellow wire, 5V/18A for the red wire on both ends. Super-simple stuff.

I didn't take photos as I didn't have an extra hand to operate the camera, but I performed a Western Union-style splice between the female end of that extra Molex extender and the floppy connector, which amounts to just hooking the two exposed ends of each wire together and then twisting them against themselves to tighten the bond, as seen in the picture from Appropedia below:

I reinforced each bond with some lead-free solder, sealed the exposed metal with electrical tape, and then taped over the bodge with more electrical tape across the whole assembly. The end result: 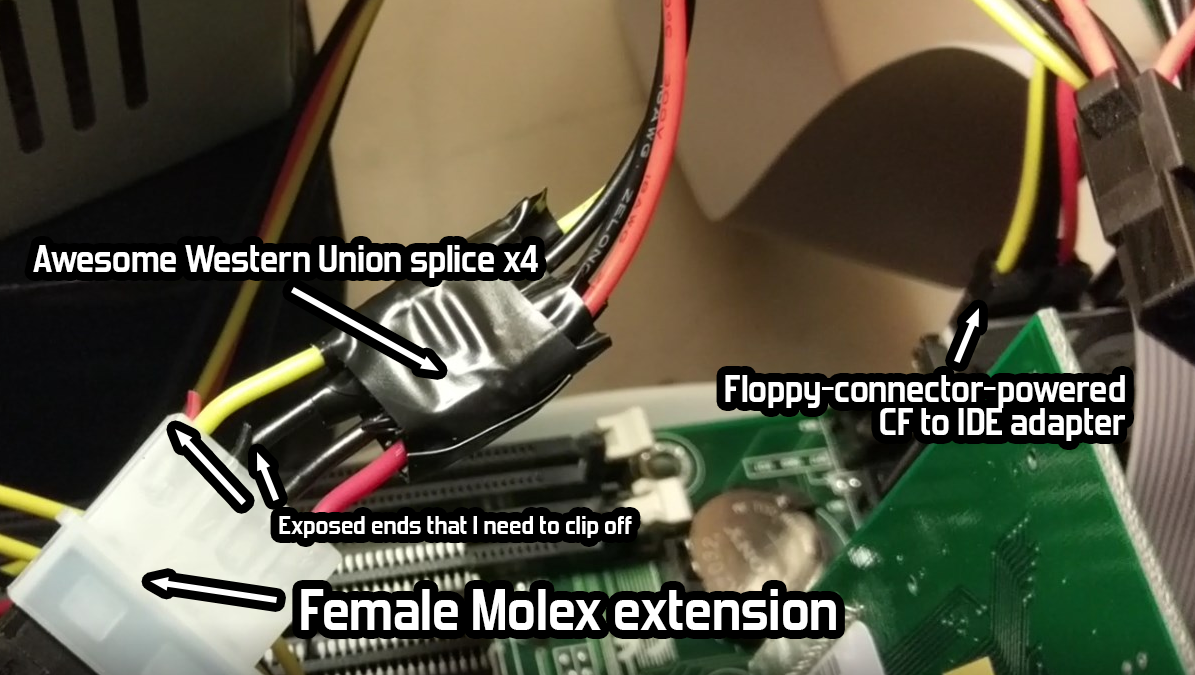 No excess heat, no fires, none of that. If it works and it's stupid, it's not stupid, right?