The CD-ROM drive I ended up using is one I already had on hand. The floppy drive was obtained on March 8th, 2017.

Arguably one of the first things you should do after hooking up a PC's bare necessities--mainboard, power supply, CPU, and RAM--you should get some kind of disk installed so that you can load and test software to actually make meaningful use of the machine. As the motherboard I chose supports PIIX3 (and therefore has integrated IDE and floppy disk controllers, along with some other niceties), I had all I needed to hook up a disk. I started with the 3.5" floppy drive.

At the time of writing, I've not purchased the 5.25" drive yet as finding one with a black bezel (to match the case I'm mounting this in) is proving to be expensive, and I may just end up using a bit of paint to get the result I want out of a beige drive. That'll get its own log post. 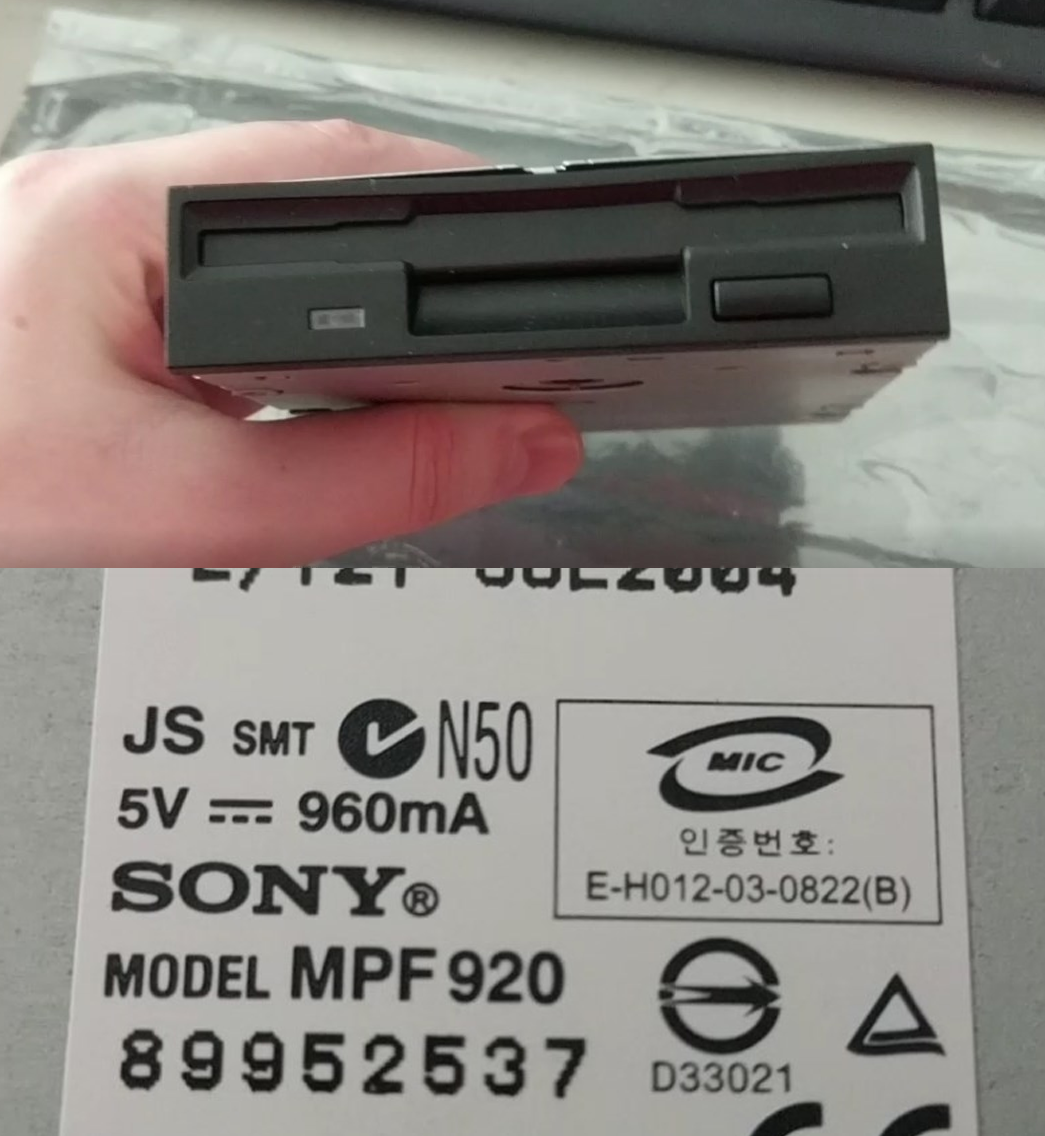 The drive's manufacturing date is in 2004, so it's at the tail end of the floppy drive's relevancy in modern computing, but still old enough to be reasonably good build quality. It took a bit of BIOS tweaking and another floppy drive from a donor machine to verify the cable wasn't malfunctioning, because initially, the motherboard refused to boot from the floppy drive! Nothing catstrophic: its default boot order is counter-intuitively set to hard disk -> cd-rom -> floppy. Once I verified the drive wasn't bad, I reconfigured the BIOS and rebooted, and all was well.

It's a floppy drive. That's really about it, to be honest! Nothing terribly special. I'm sure it'll be more interesting when I get the more antiquated 5.25" drive!

Now for the CD-ROM drive.

Oh boy, the CD-ROM. One of the things I remember from dealing with similarly aged PCs is that the CD-ROM drives they're equipped with are often incapable of reading burned CD-Rs from a modern machine, complicating the matter of sending data to the machine when a network connection is not an option. I wanted to head this off completely, so I started shopping around for a CD-ROM drive that was IDE capable and at least 24-speed, as I've never encountered a drive ≥24x that can't take a CD-R. I also wanted one with a black facade, so that it would match the case as well. While shopping for adapters to pair with the PSU in this build, I stuck my head into the optical drive aisle at Micro Center.

SATA. SATA. SATA. All SATA. It was legitimately just stacks and stacks of SATA drives. Most of them even Blu-Ray capable. A handful of DVD-only. A lot of burn-capable drives. But not a single IDE. We've really come a long way, haven't we?

I knew this meant shopping for one online. I was fine with that, so I ordered what was listed on eBay as a Genuine Dell IDE CD-ROM drive seen in their earlier office-intended OptiPlex models. Having worked on OptiPlexes before for work, this seemed like a straightforward route, as I do recall them having 48x CD-ROM drives in their earlier models.

In the meantime, I actually had an OptiPlex on hand that could donate an IDE CD-ROM drive. I figured I'd put it back when this project was done, and use the one I bought, since it was relatively ($10 or so) cheap to obtain, with free shipping. The donor drive worked well, as did the slim IDE cable that I grabbed for the machine to save space (because I really, truly hate those old ribbon cables and how difficult it was to cable-manage with them).

I waited and waited. A week after purchasing the drive, I contacted the seller, asking where the drive was because I'd sent payment immediately after purchase. 24 hours later, I received a reply that they would be shipping my order within the day, a promise that they did end up keeping.

Another 4 days later, with USPS's tracking being unhelpful and infrequently updated, the drive arrived. I opened it, inspected it, felt satisfied with it... until I turned it over. 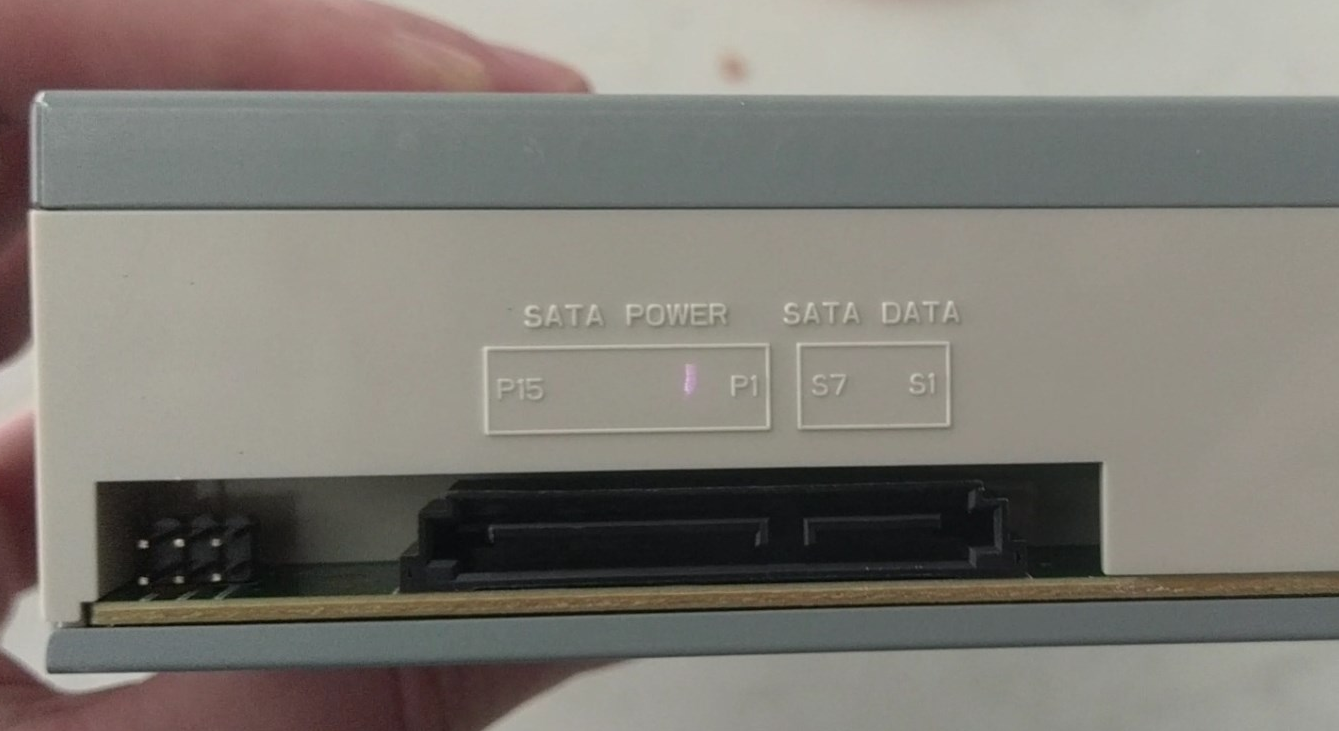 I specifically asked for IDE. The listing was for IDE. It took you a week to ship. I paid you within seconds of pressing that magical Buy It Now! button. I guess in eBay vernacular, this seller gets F---------- WOULD NOT BUY AGAIN.

I ended up just sticking to the old OptiPlex drive, which worked like a charm. Thanks, Dell! Still good for something. 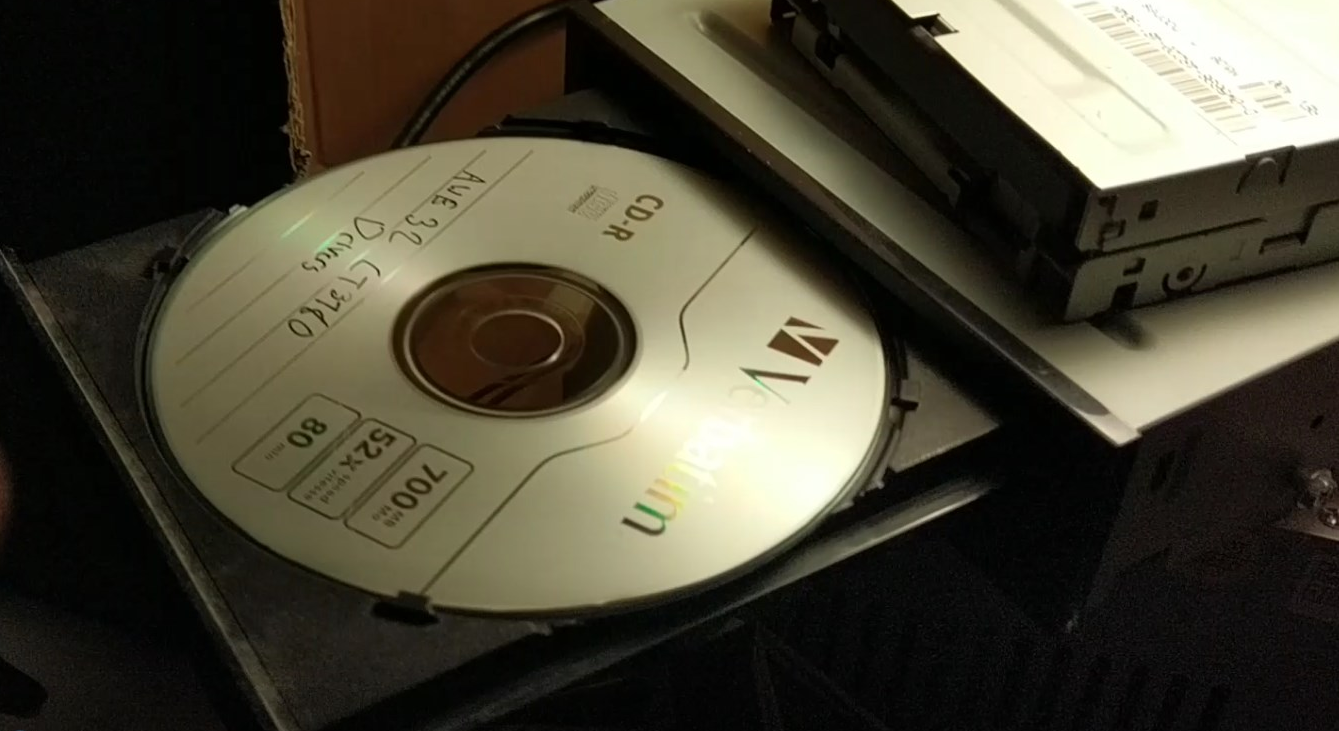 It's nice getting things done.