Testing with a Spectrum Analyzer

It's kinda shame to be RF engineer and not own a decent spectrum analyzer... Well, it's on my Christmas wishlist since I was 10, but noone bothered to buy me one so far. RTL-SDR was interesting tryout, but definitely not satisfying enough. Luckily, my local hackerspace has a nice little Agilent E4411B, 9kHz-1.5GHz spectrum analyzer, so I decided to give it a try. 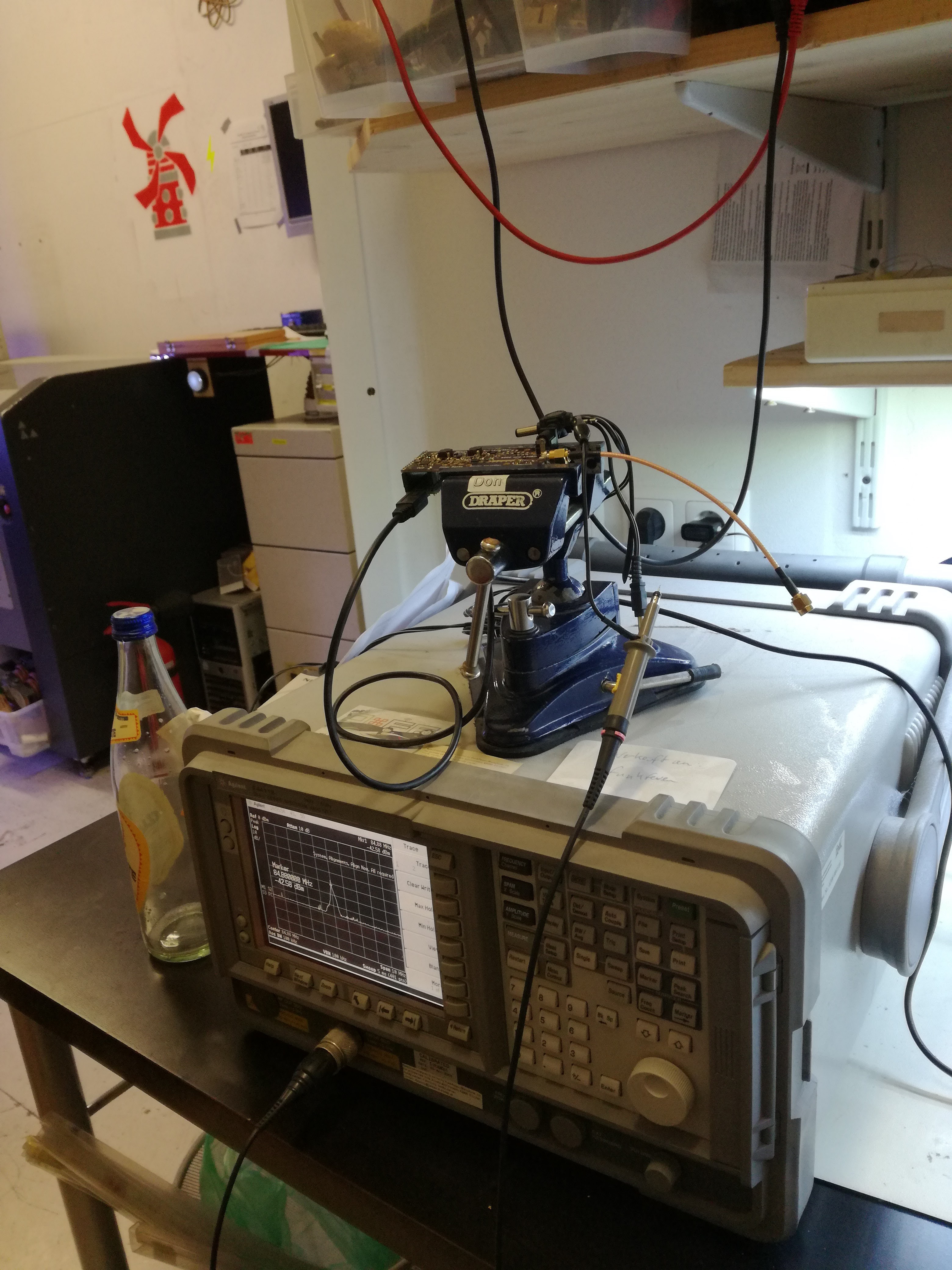 I wanted to see how the signal looks like after every block of the cascade. That's why I used a standard oscilloscope probe instead of SMA cable. Of course, it's a very unprofessional approach in RF engineering, but I needed quick-and-dirty way to investigate my board. Hopefully, if I reduce the frequency low enough, the RF black magic will spare me some meaningful insight. 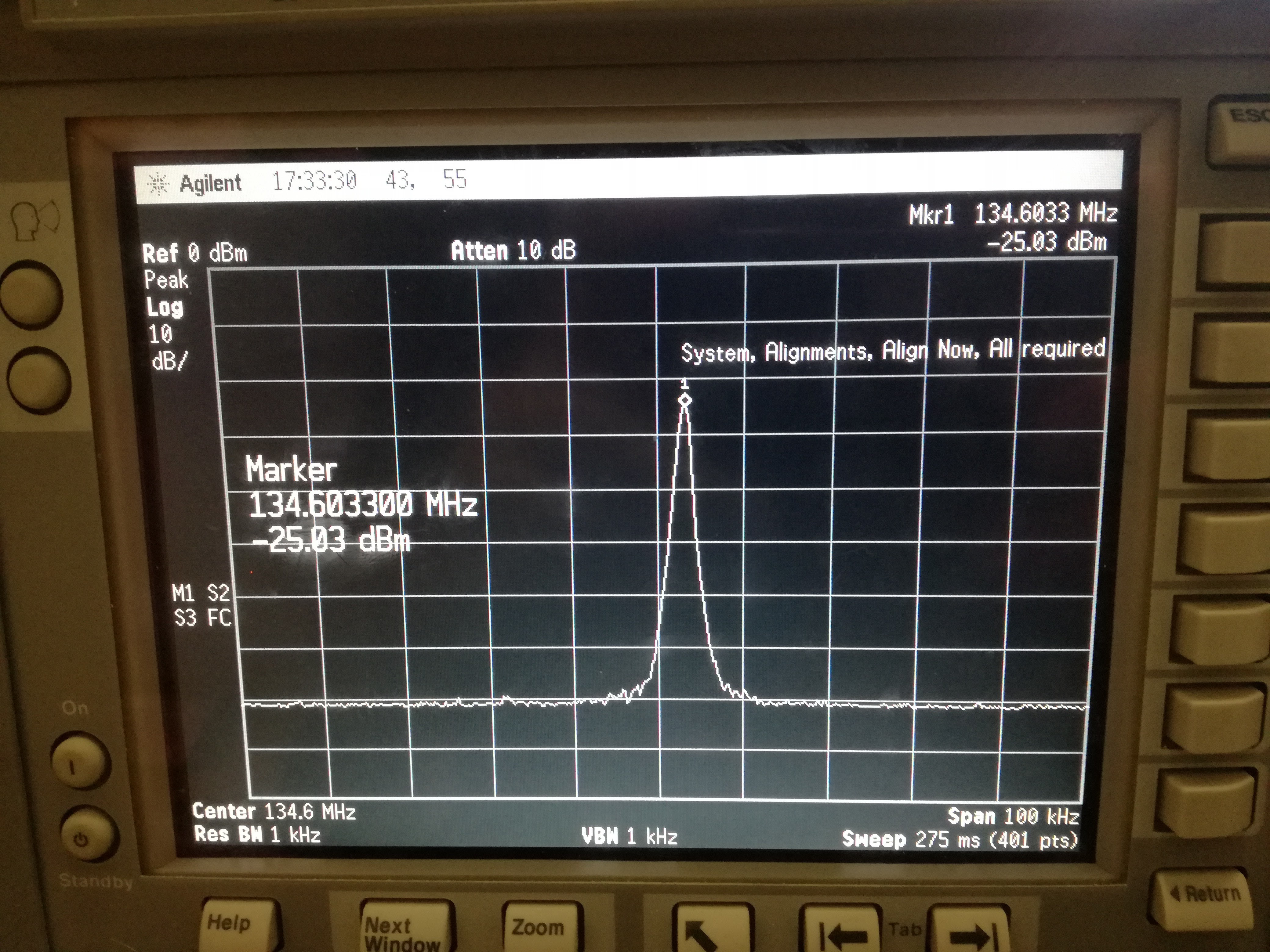 And here's the spectrum of my signal, directly at the MAX2871 output. It doesn't look bad at all! It's very narrow banded and stable over the time. It's only weakness is that it's..er..weak. It peaks to -25 dBm, while the datasheet specifies it should be minimum -5 dBm. What could make it this small? Bad soldering? Some capacitive leakage that I'm not aware of?

The following table shows the signal power after each element in the circuit:

And we have a winner! The biggest damper is, ironically, power amplifier. I assume it's only one more bad soldering job, as many others on board.

So, the next task is, obviously, to rework the power amp. And for the future testing, stay out of RTL-SDR based spectrum analyzers.