A project that documents the installation, preparation and testing of the DesignLab's new Injection Molder

Scheduled maintenance on the compressor says that after one hour of operation, you check the belt tension and verify the cylinder head bolt torque.

Not sure if it was the torque wrench (not likely), the bolt (even less likely) or the operator (highly likely) that failed, but this was the end result after the first bolt... 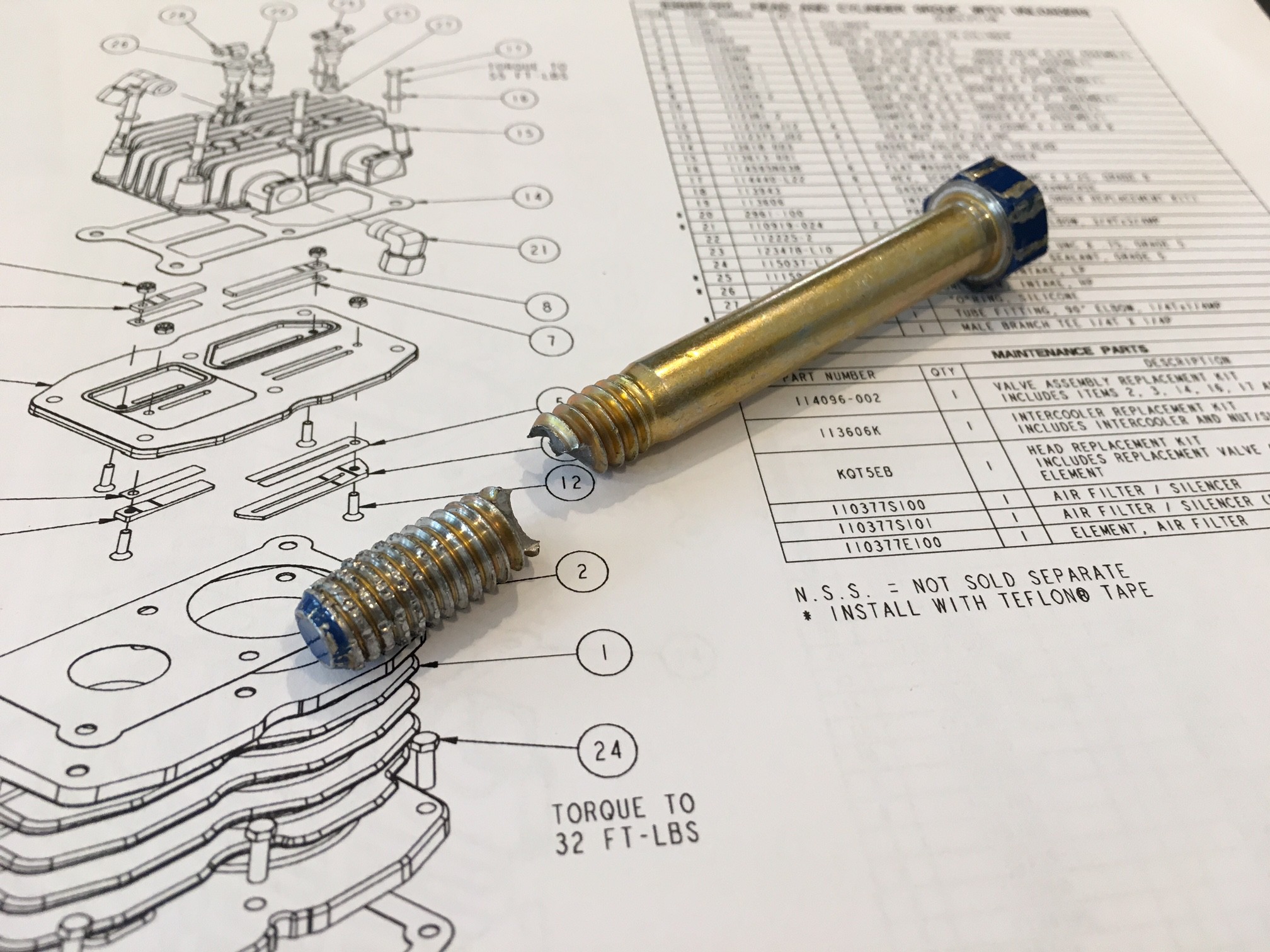 Fortunately, the parts lists and maintenance drawings from Quincy are immaculate, so I know exactly what needs to be replaced: Grade 9, 3/8-16 UNC hex bolt, 3 1/4" long. Should be a quick fix...

Credit where credit's due, DesignLab intern @Trey Weber did the torquing and let me know as soon as I got in this morning. So I went down there to see for myself what happened. Honestly? I gotta think it's a defective bolt. It's impossible to not-notice a 55ftlb click on a torque wrench, since it's more of a jarring snap than a regular click.

Class 9 is a little baffling to me, because my Machinery's Handbook doesn't list it as either an ASTM or SAE standard. In fact, it seems like "Class 9" is a way for manufacturers to make a bolt that they can say is "stronger than any regular bolt" or something like that. For examples, google the "L9 Fastening System". Basically, this bolt is rated at having 180,000 psi of tensile strength. Essentially, the cast iron head should have stripped out waaaaaay before this bolt snaps.

I torqued the next bolt over in the pattern and it clicked at 50ftlbs, but required another 1/8 of a turn at 55ftlbs. So the wrench is working right. I suspect, ultimately, this was just a crap bolt.

Replacement ordered from McMaster-Carr... should be able to swap it out this afternoon.