This is the point where the signal chain splits into four separate elements for the four control channels. The output from the 4066 described in the previous step goes to four buttons. These buttons allow the analog voltage from the zapper sampled sawtooth to be sent to one of the four individual capacitor demultiplexers or none at all if no buttons are being pressed. 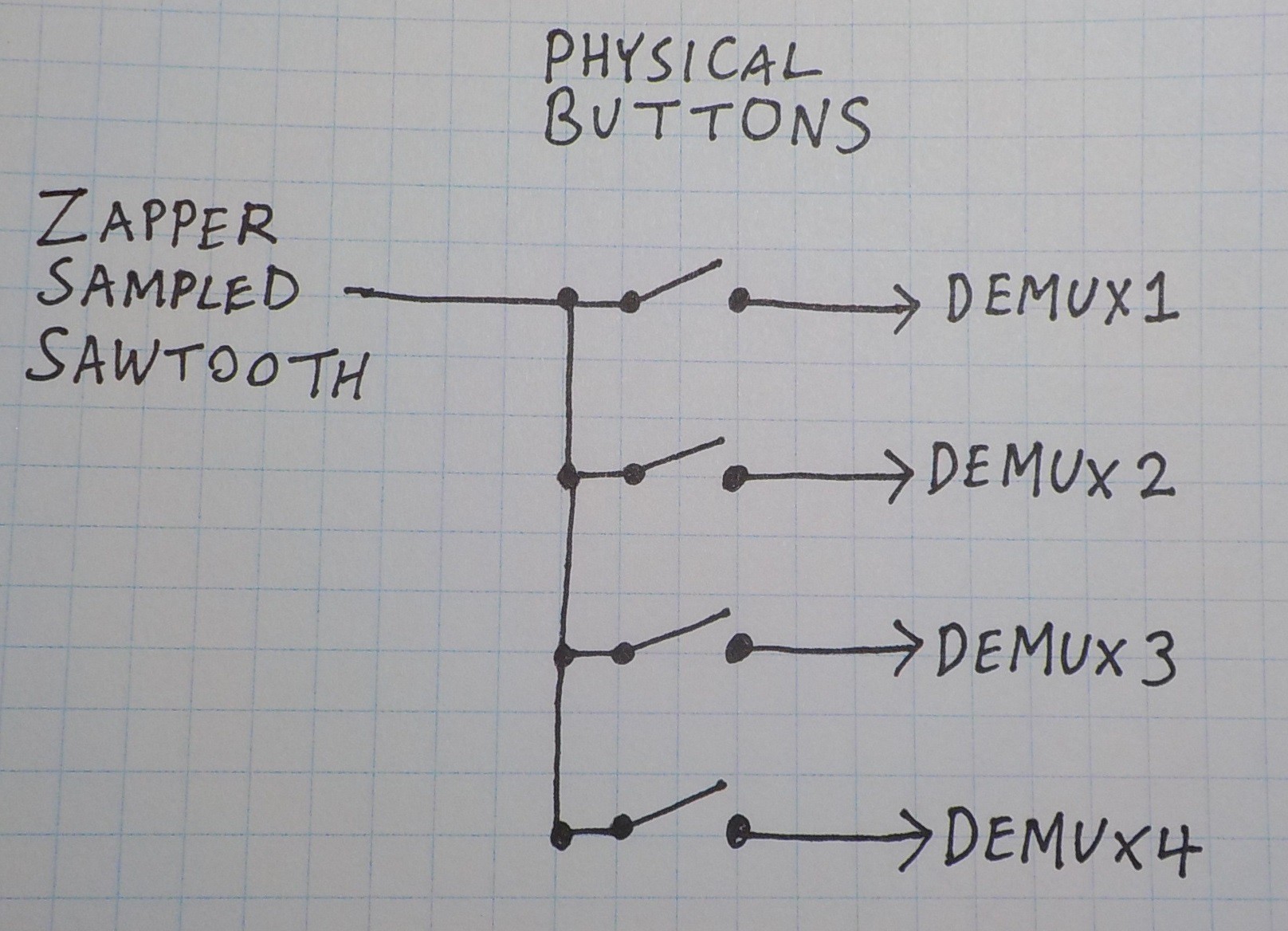 The buttons themselves are salvaged from an old keyboard. That keyboard was also the source of most of the wire and some of the resistors used for this project. 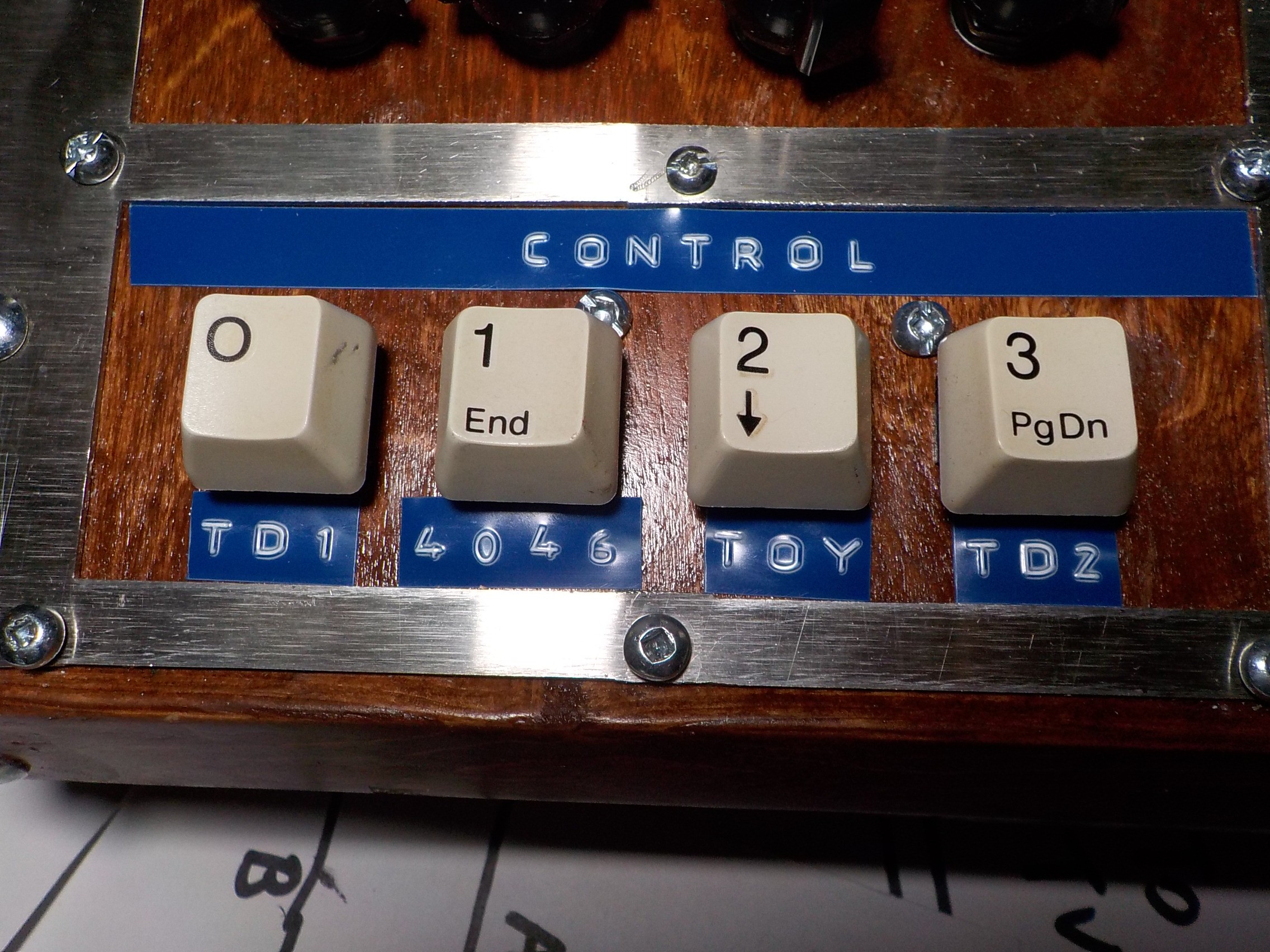