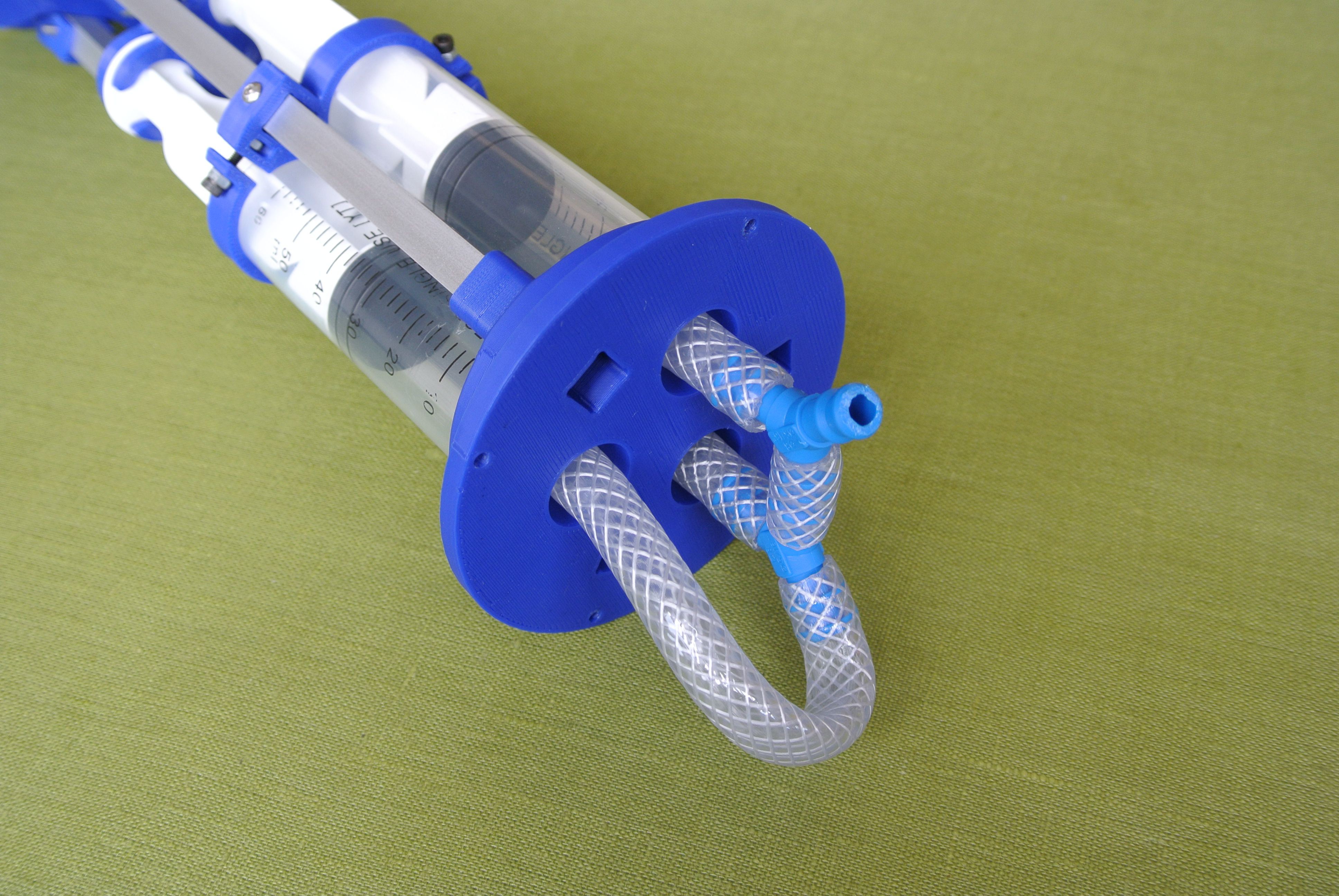 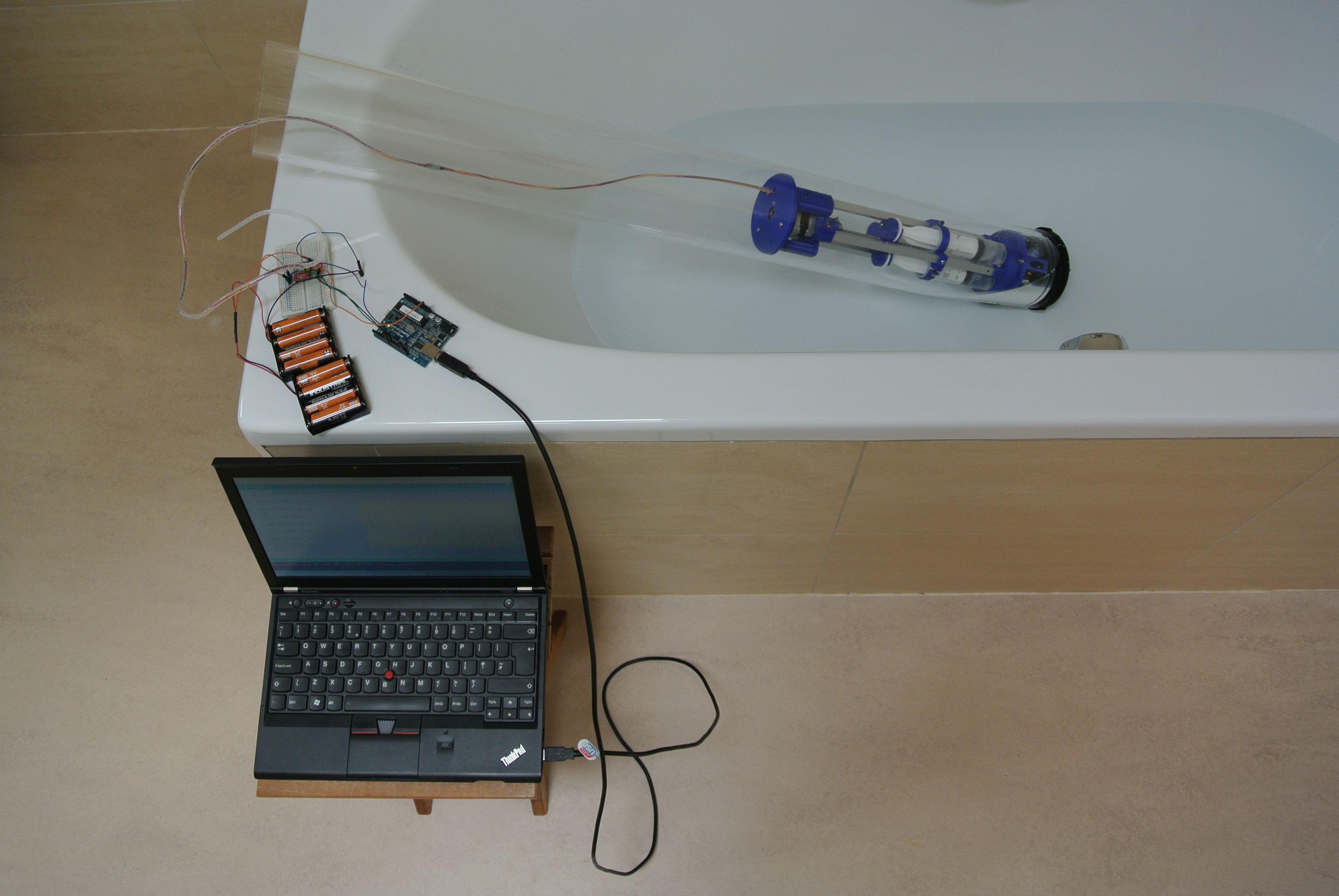 Testing of the buoyancy engine running underwater, first pushing out air and then taking in water:

The current buoyancy engine has a couple of potential downsides. The current rate of change is approximately 3 grams per second with a total mass change of about 160 grams. The new tubing requires a total glider mass of approximately 11kg, so a mass change of 0.16kg gives the buoyancy engine little control authority over the glider and a greater variable mass will be more effective.

Using a larger syringe is not possible as larger medical syringes are not produced, so a custom syringe would have to be made which would introduce the problems associated with dynamic seals. Alternatively a peristaltic pump could be used to move liquid (oil/water) from an internal bladder to an external bladder and the variable mass amount would be dictated by the bag size. A peristaltic pump based buoyancy engine would also reduce the length of the engine so it would be more compact. In order to increase the rate of change of mass on the current buoyancy engine (so the glider is more effective at shallower depths as it can transition between ascending/descending states more quickly), the motor has to rotate more quickly or the threads on the screw have to be larger, but both of these options will slightly reduce torque. I will explore the option of a peristaltic pump based buoyancy engine in the near future.