Whilst the first generation of the glider was beneficial as a design concept, it was not designed to be functional (there was design flaws which prevented it from being watertight etc)

The endstops are now implemented and here is a short demonstration of the glider homing itself once turned on, without an external power source:

The control software for the homing of the glider can be found in the GitHub repository along with a python script that allows the user to control the glider via key presses. The python script first initialises a connection with the glider using the serial port, then it uses the tkinter library to detect key presses and sends the command across the serial port. The arduino detects these and moves the servos as requested. This allows for a more streamlined interface with the glider compared to the Arduino serial monitor.

The original printed wings have been replaced with stainless steel wings as I did not originally understand the hydrodynamics of the wings. An additional benefit is that the steel wings are heavier and so act as ballast. 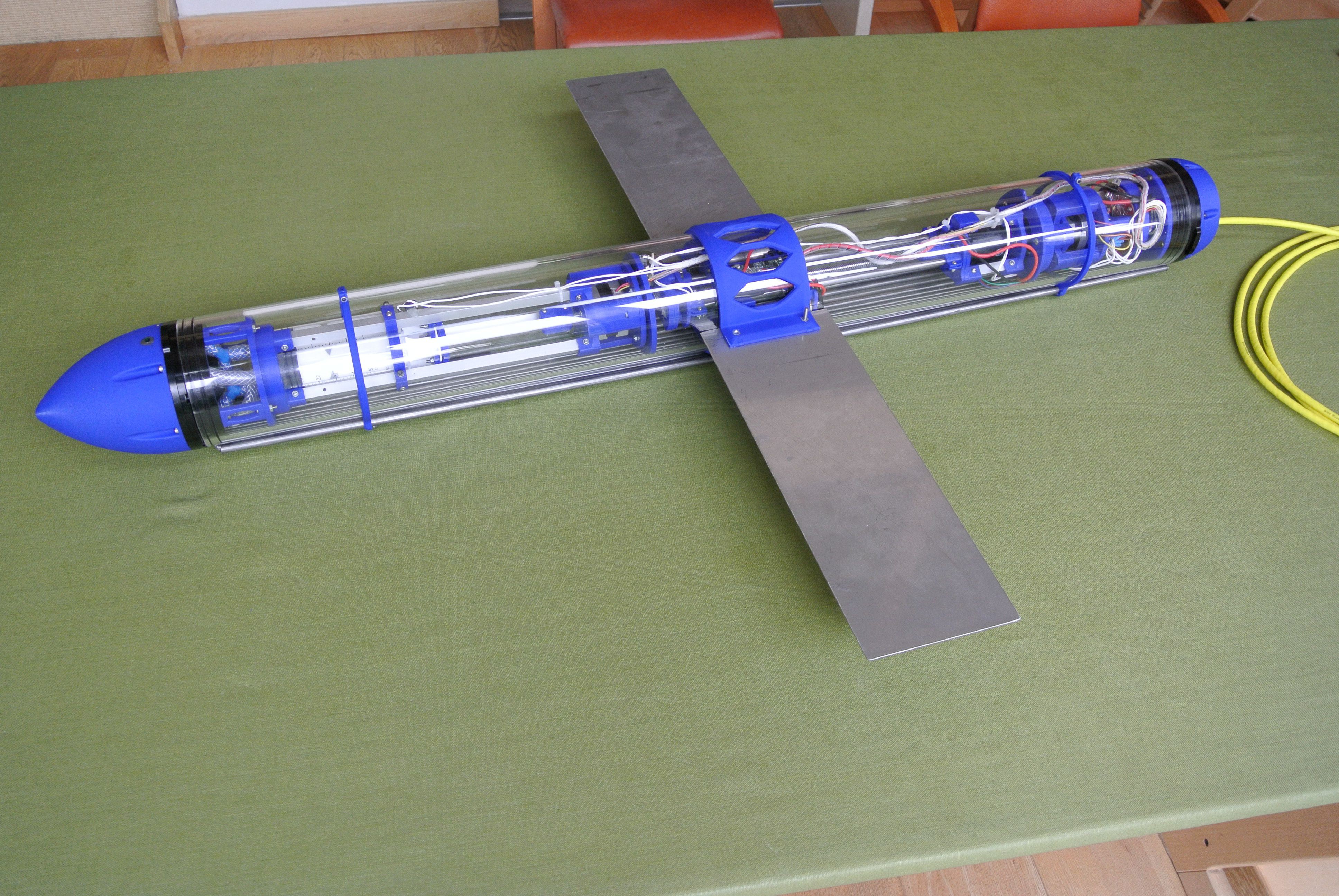 A nosecone was printed for the frontend to streamline the glider slightly. The nosecone bolts onto the front endcap, after the endplate, so the nosecone does not need to be watertight. A piece of gauze was added to the water inlet to minimise fouling. 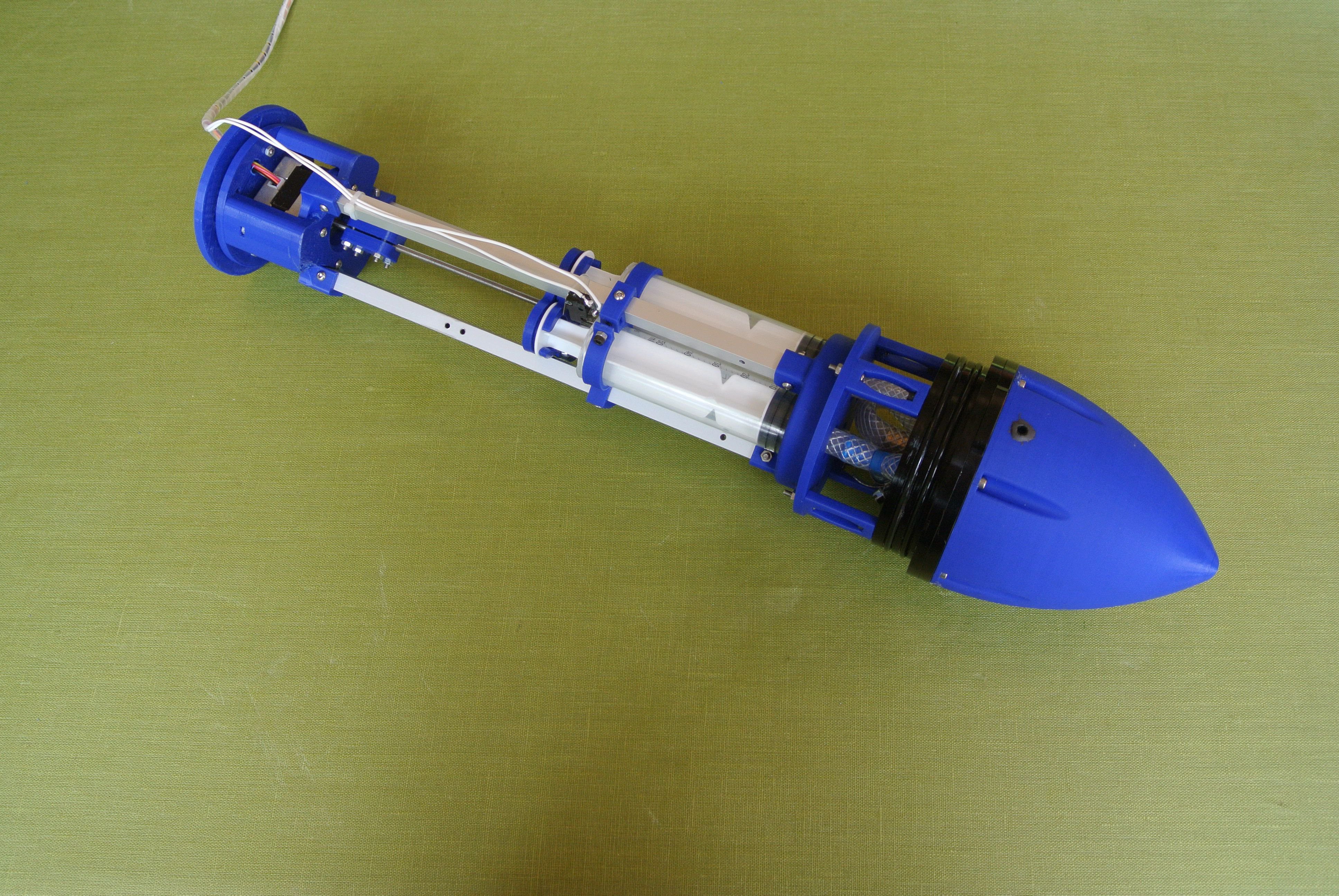 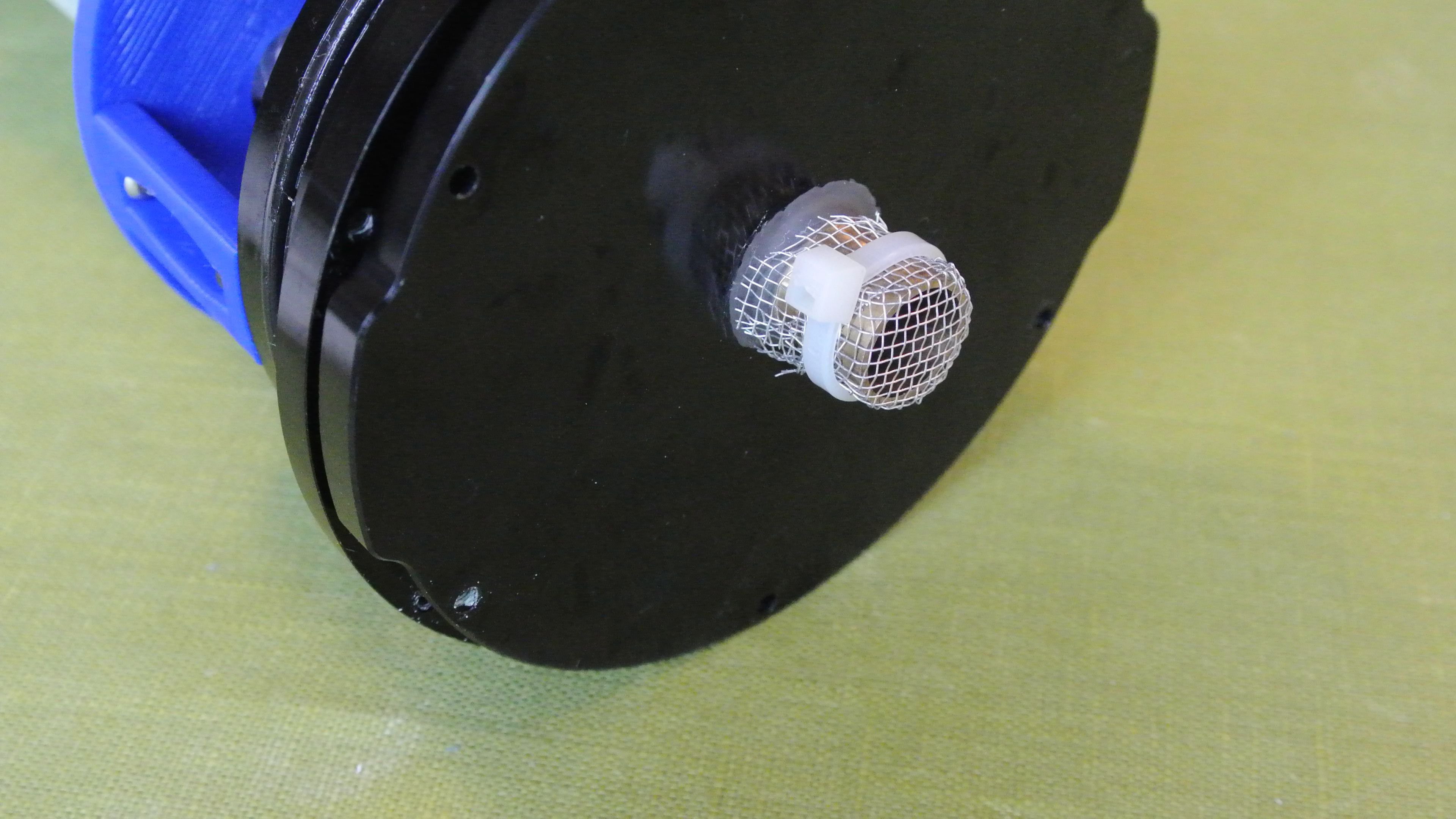 The batteries have been hooked up to the control board and the glider is able to run without external power. The batteries charge through the communication/power cable and the battery protection circuit prevents overcharging/overdischarging/shorting etc. 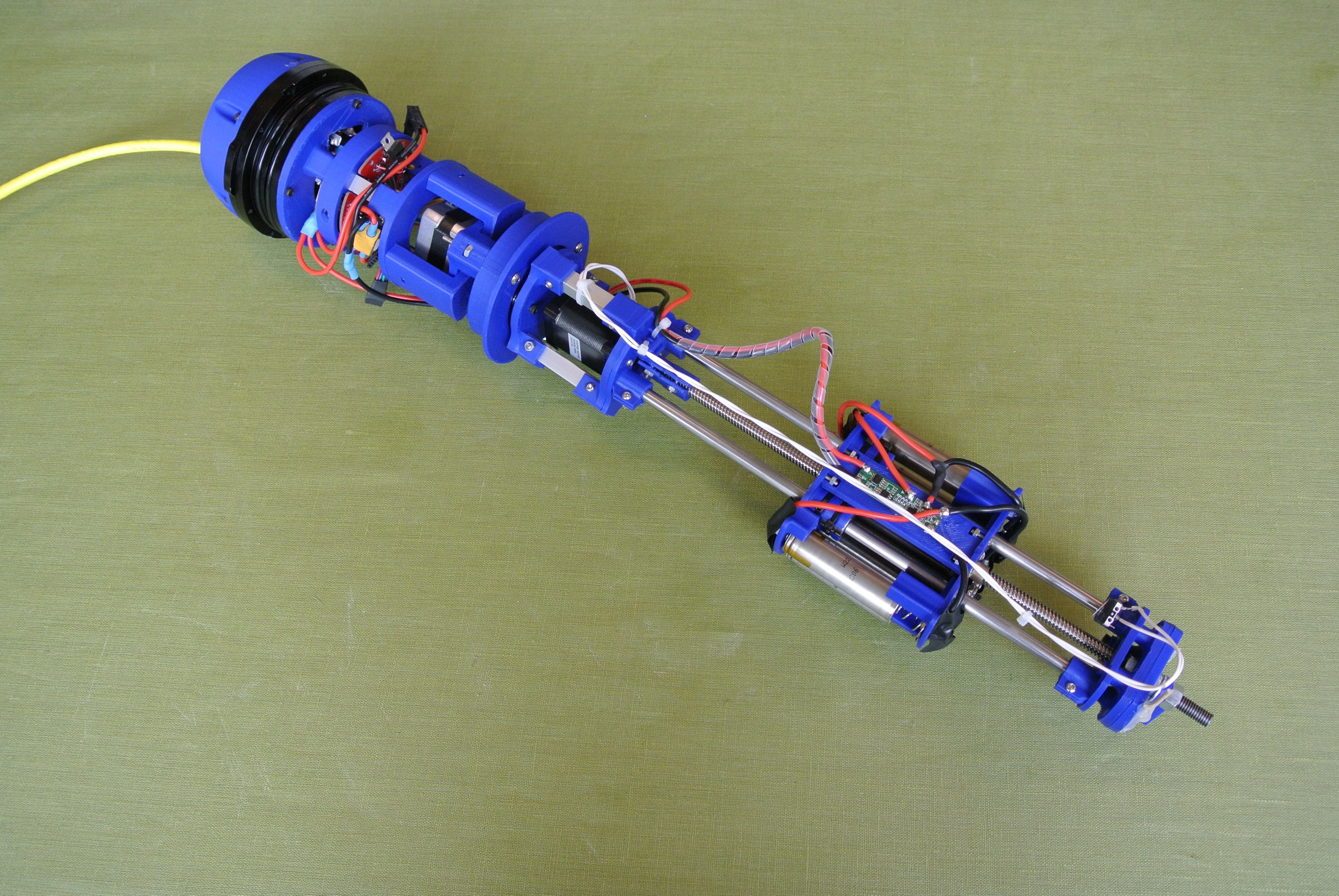 The back endcap has a pressure equalisation inlet, power switch, communication/power cable and a blank (will be replaced with a pressure sensor), A printed shroud was added to protect the connectors on the endcap (and to prevent something from turning off power to the glider). 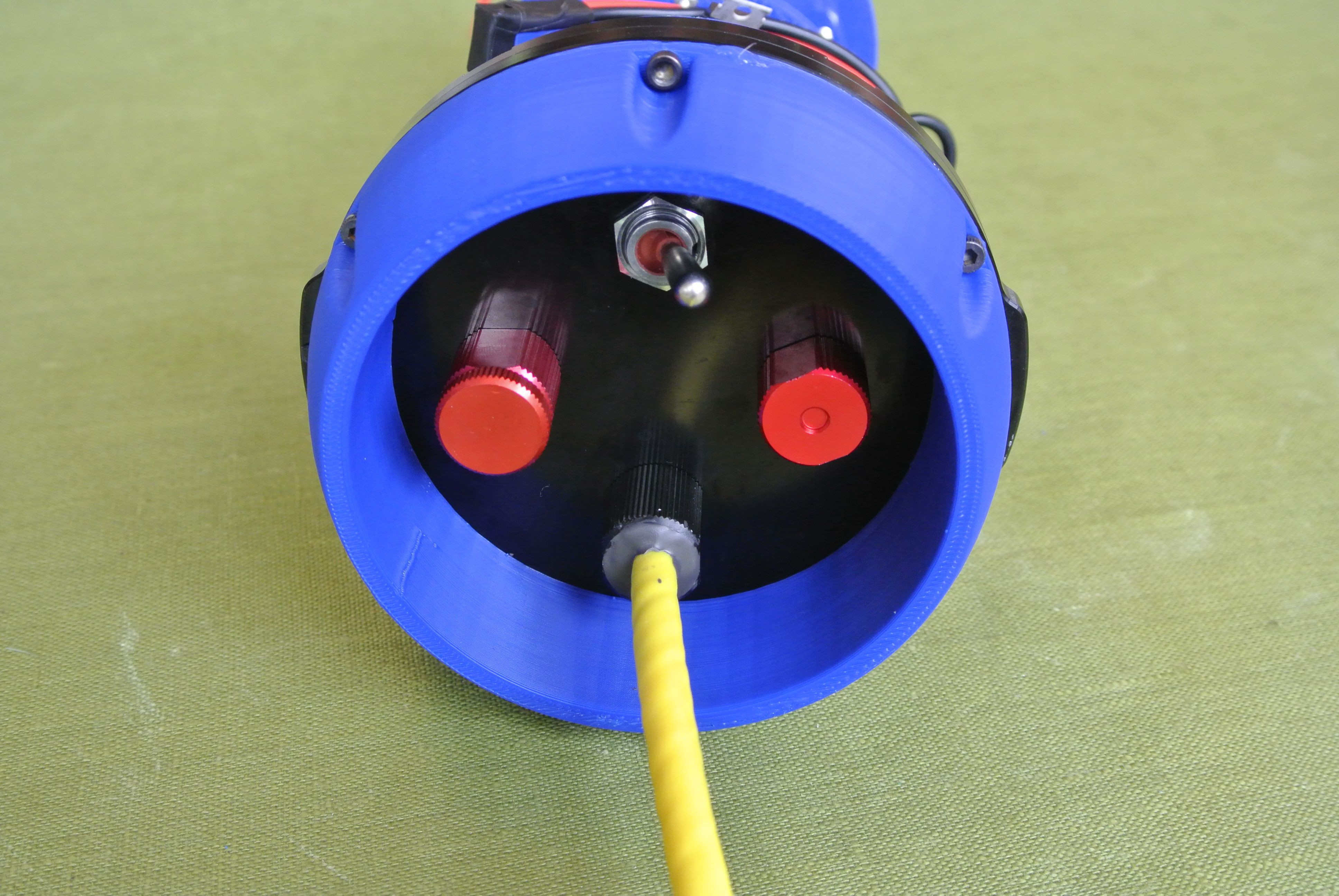 Mild steel rods were used on the underside of the glider to act as ballast and will be used to trim the glider so that it is neutrally buoyant when the buoyancy engine is half full. 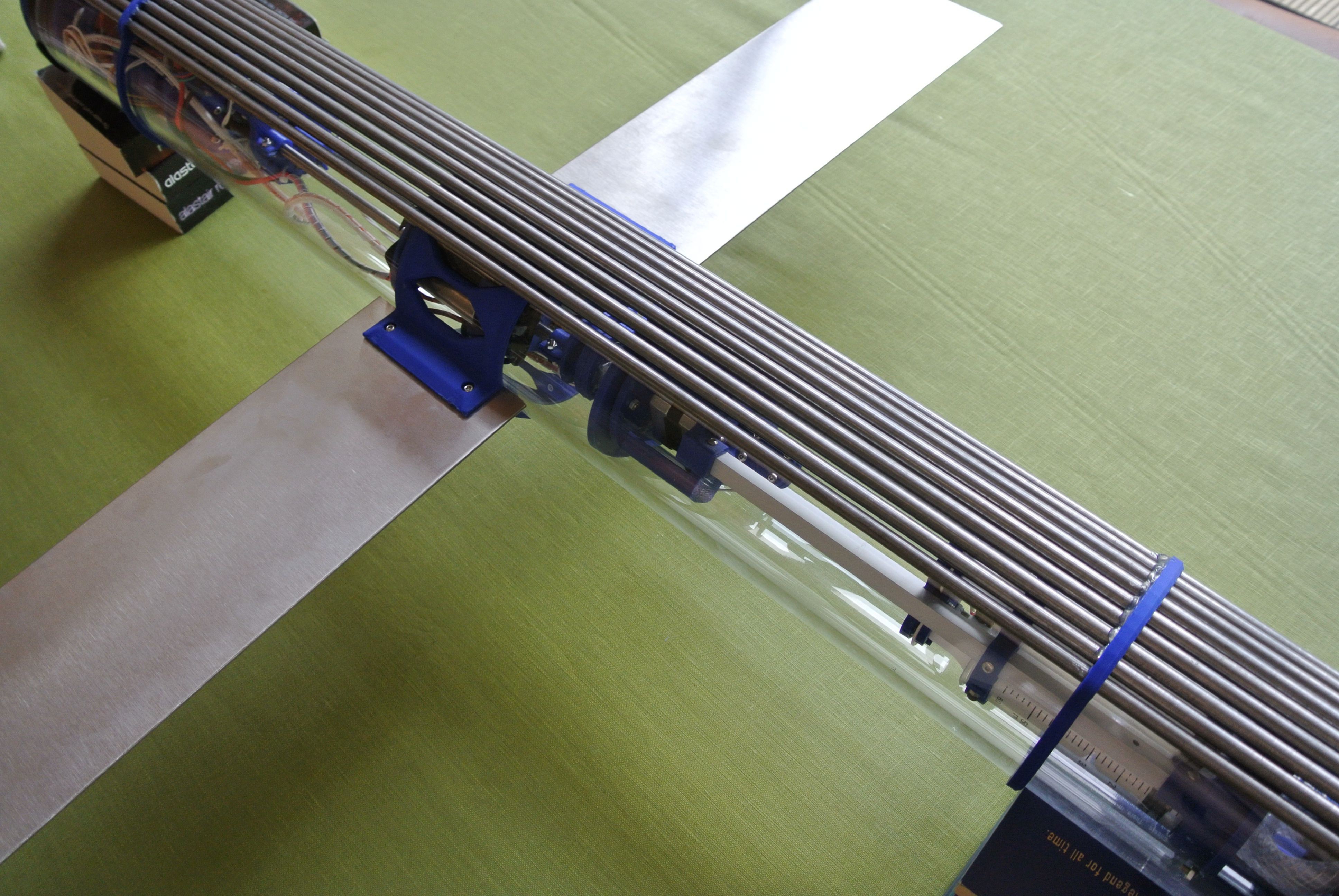 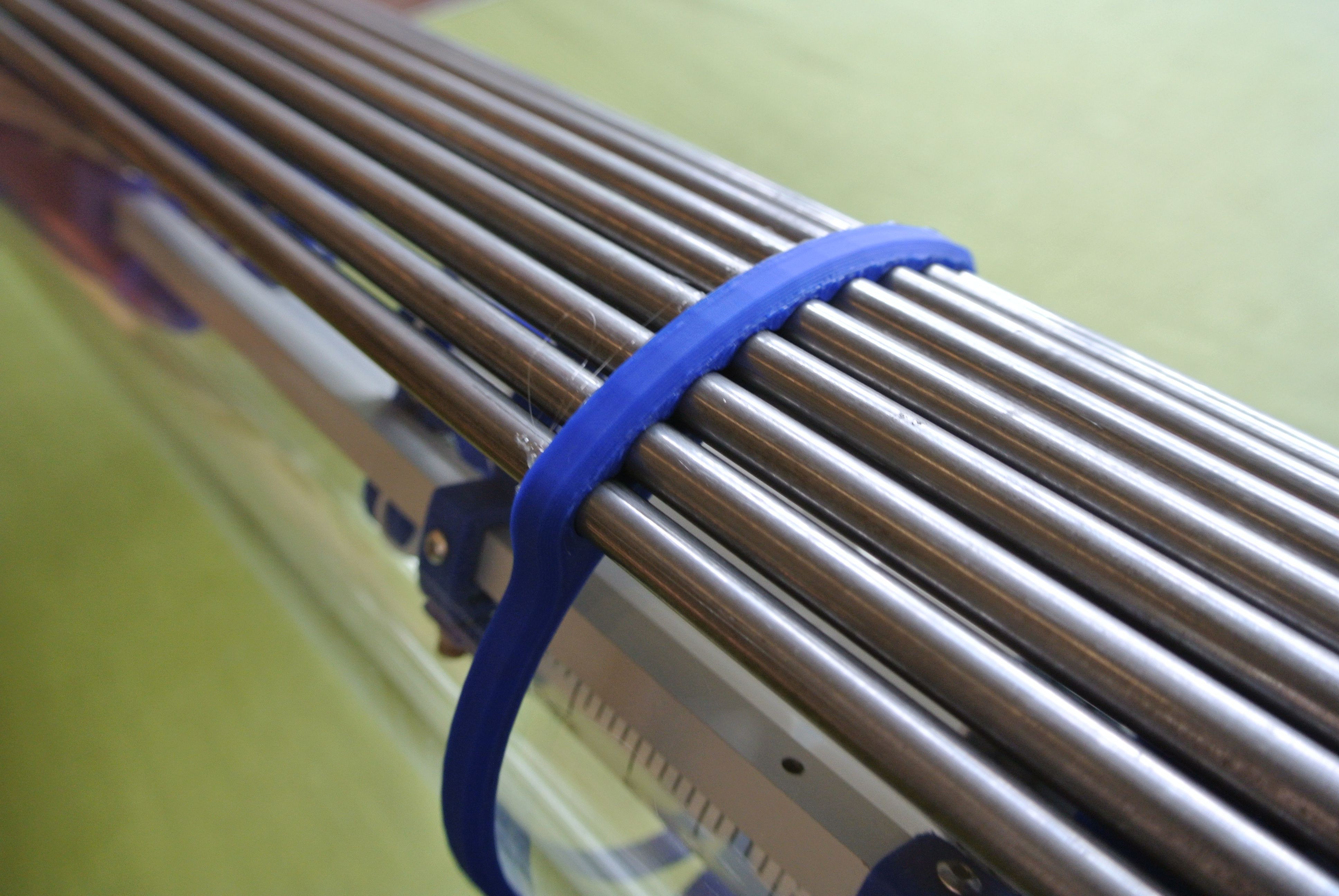