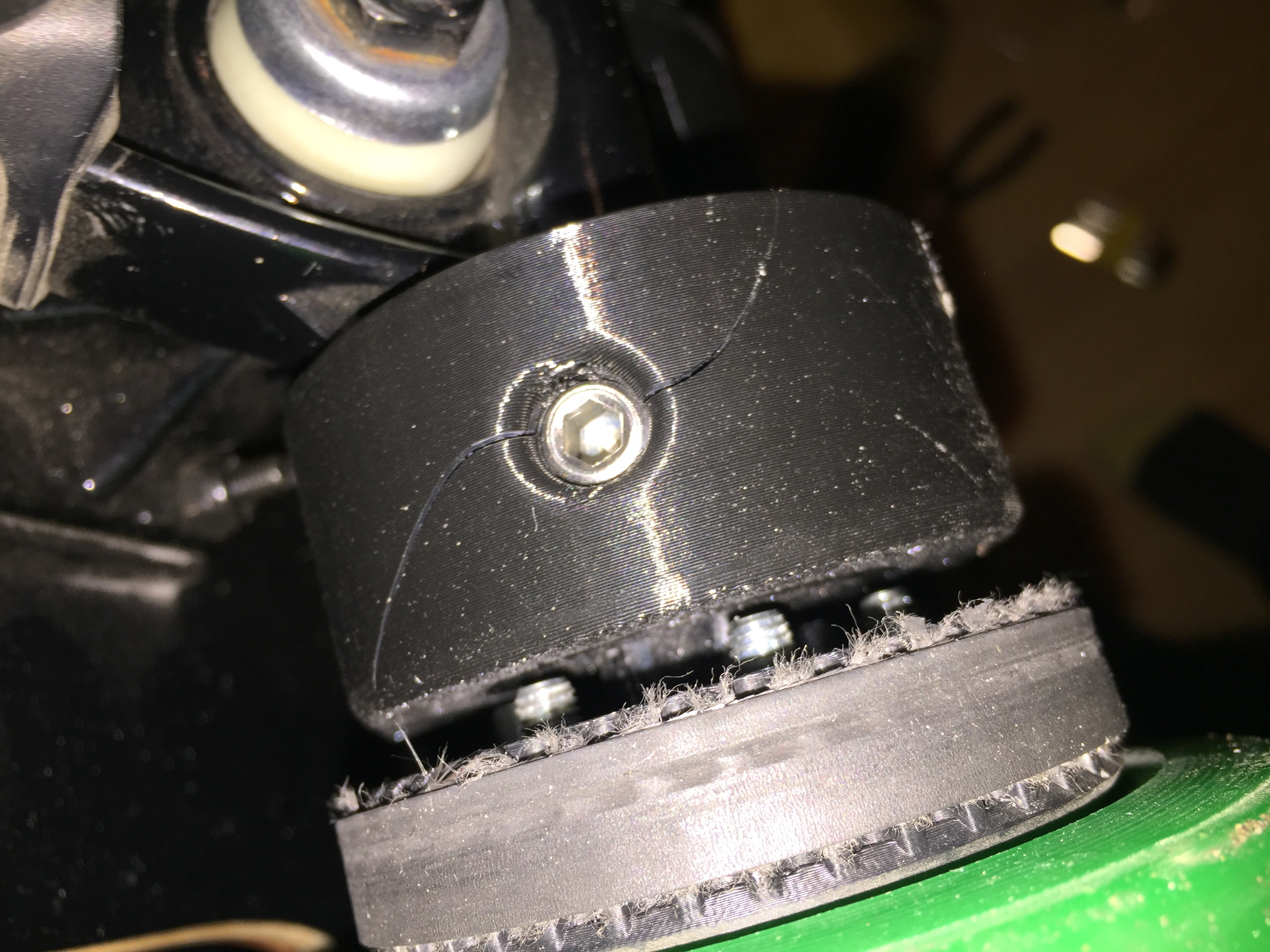 The motor mount is under a lot of stress during braking and the motor side will tend to flex towards the outer side of the board. I looked into two different polymers commonly used in 3D-printing that has relatively good stiffness and weather resistance. PETG was stiffer than ABS and in that case was a suitable candidate for the motor mount. After testing however, the dynamic forces acting upon the mount caused the PETG mount to crack. It was stiff but it was also too brittle. In the end, ABS was the suitable choice as it offers sufficient rigidity as well as flex during dynamic loads.