Hoverlay II is a low-cost, interactive, scaleable, open source vapor screen. It allows projection of images, videos and games right into midair and comes with it's own selection of interactive applications.

Short explained, the device creates a thin, stable film of vaporized water, continuously travelling upwards in midair, which then acts as a floating rear projection canvas.

It works great with Microsoft Kinect and we've also successfully tested it as a telepresence display device using Skype.

Even though one Hoverlay II unit is still quite handy (326 mm wide), up to 5 units can be plugged together to form a badass big 1630 mm wide, floating screen of >1 m height. Bigger screens are possible by choosing more high-end components. 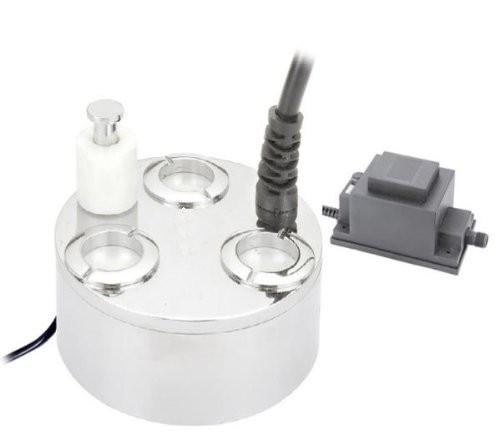 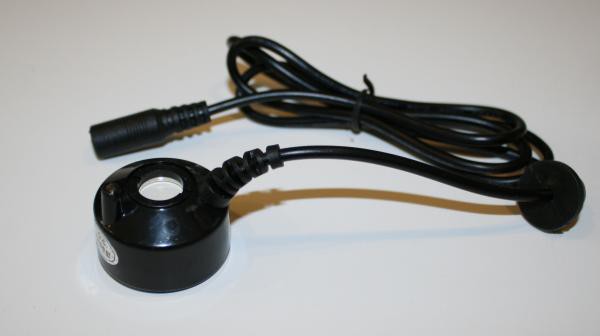 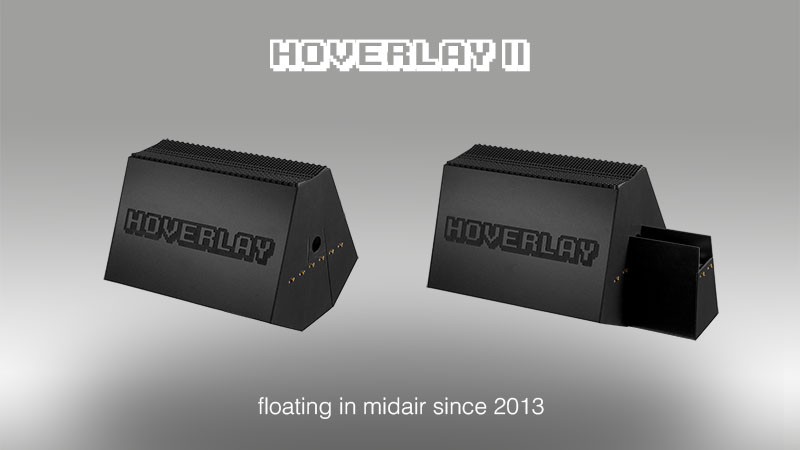 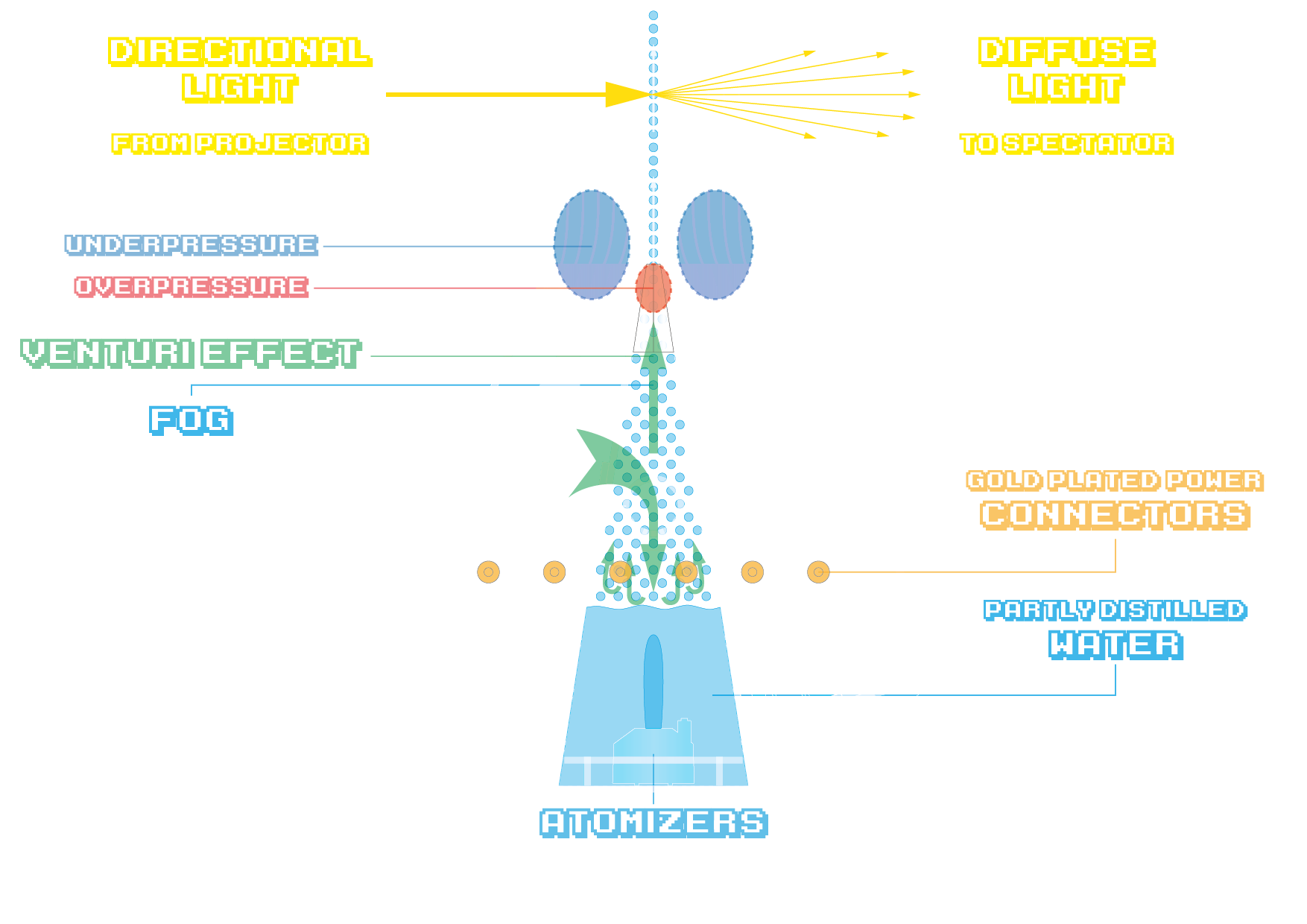 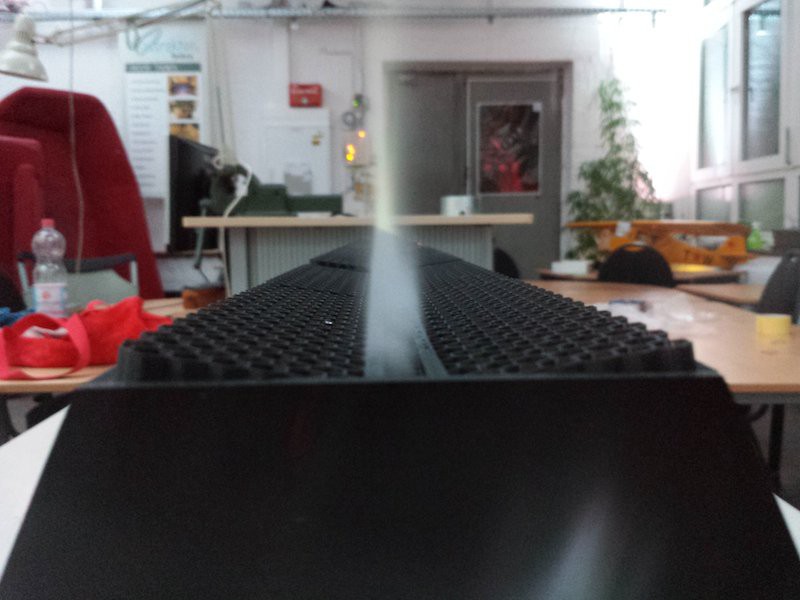 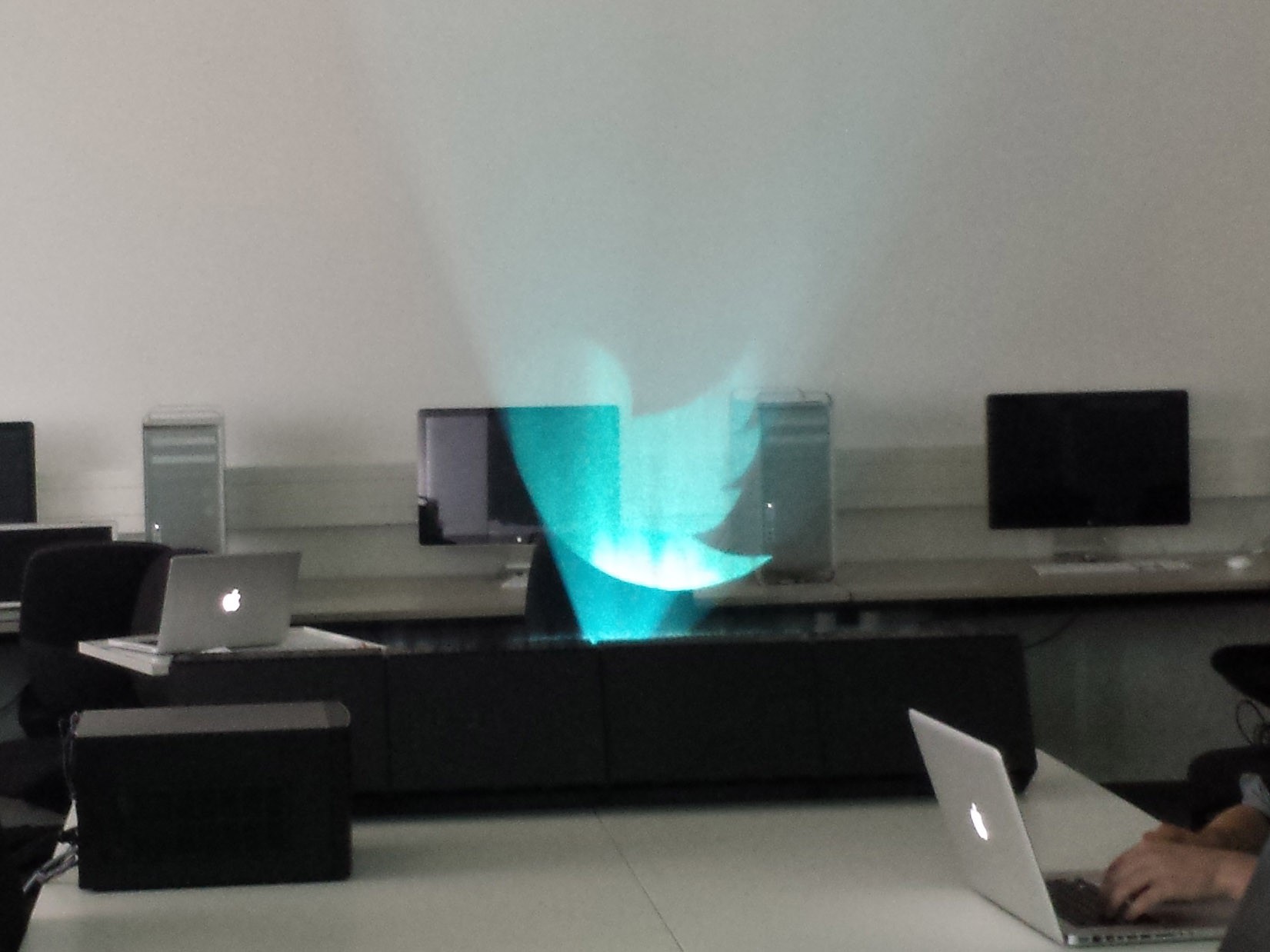 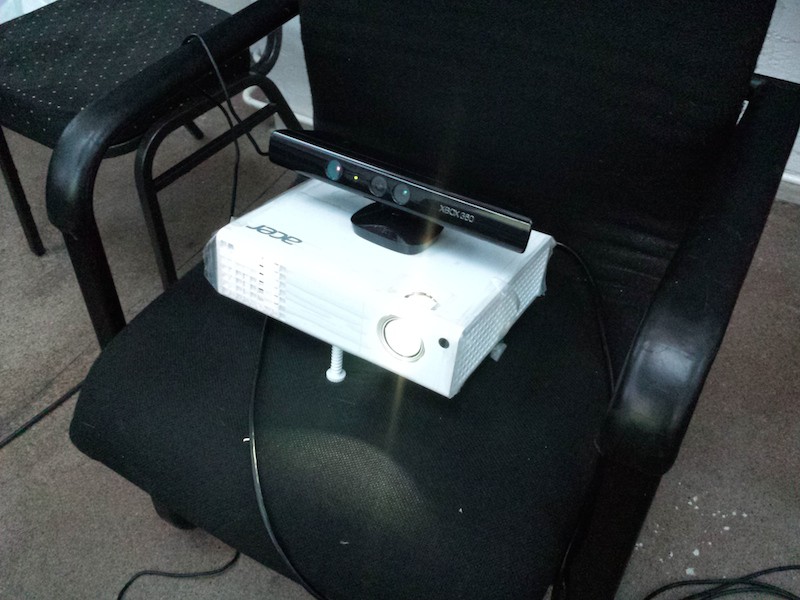 I spent a lot of time on optimizing the printing process of the flow...

Hi little Question, where can i get the files

Hi, thanks! Yes, that is exactly the power class that gives good results.

@Sergio I don't think 6 l/h is too much, but 3 l/h will certainly suffice. I'm not manufacturing these, but I'm currently willing to sell my ready assembled Hoverlay as a whole, including foggers and power supply, because I'm moving to Canada and transport is tedious.. Just send me a PM me if you're interested!

Hi,  Great project.  I was wondering the max height you have achieved for projection and noise levels.

I'm looking for something to have in a classical concert hall with just one piano.

The useable height is about 1 m with a 7000 ansi lumen event projector.

Analog wrote 09/03/2014 at 20:07 • point
While I'd personally like to see the laminar sheet have a smoother flow- the project is still quite well done. I liked version 1 and I'm happy to see you've made some great improvements with version 2. Keep up the great work, I'm looking forward to a version 3 =)

Moritz Walter wrote 09/28/2014 at 14:47 • point
Hey! Thanks for the feedback! A smoother fog layer can be achieved, by increasing the width of the flow formers. This will basically increase the width of the buffer air flow, which makes it less prone to turbulences created in the interaction with the ambient air. However, you'd at least need to double it, and doubling that means also doubling the flow rate in general, so you either double the number of fans or you'll need 80mm fans with ~100 CFM which would be very loud and also don't really exist I think.

Jasmine Brackett wrote 08/06/2014 at 20:59 • point
Hello iamnotachoice, this looks really impressive. We'd love it if you could add a few more details to your project to give it the best chance of going through to the next round of The Hackaday Prize.

By August 20th you must have the following:
- A video. You've got several, so pick the one (or make a new one) which best describes your project. It should be less than 2 minutes long. Put it on YouTube (or Youku), and make it the only video in the 'External Links' section on your project page.
- At least 4 Project Logs
- A system design document
- Links to code repositories, and remember to mention any licenses or permissions needed for your project. For example, if you are using software libraries you need to document that information.

Jared Sanson wrote 08/05/2014 at 06:39 • point
Wow pretty cool!
Do you have problems with things getting damp in your room after running it for a while? I would assume spraying water mist into the air can't be that great for computers in the room!

Moritz Walter wrote 08/05/2014 at 07:57 • point
Thanks! This is dry fog, so your hand does not get wet when you touch it. However, it does increase overall humidity in a (fully closed) room with about 250 ml per hour. That seems to be less than if you'd fill the room with transpirating programmers. So far no computers near it have failed, even after 20 hours of continuous operation.

Moritz Walter wrote 07/23/2014 at 22:11 • point
I tested different flow rates by pwm'ing the fans down, finding out that a high flow rate of air results in a better image. Though, increasing the flow rate means decreasing the fog density (thus perceived brighness of the image) and needs to be compensated by adding more foggers (increasing fog density again).

Moritz Walter wrote 07/23/2014 at 18:03 • point
Thanks! My recommendation would be: use the strongest and most rugged foggers you can find or afford for this application. I honestly cannot recommend the ones I used, still looking for better ones. Will be glad to see another build, feel free to contact me if something's unclear.

Adam Fabio wrote 07/15/2014 at 05:20 • point
Hoverlay is looking better and better every time I see it! Thanks for submitting it to The Hackaday Prize! Your superstring video is just incredible! Don't forget to keep the updates rolling in for the contest - you might just find out how well hoverlay works in space!

Moritz Walter wrote 06/01/2014 at 22:35 • point
There is a nice effect you can get with this by shooting onto the screen with two projectors from back and front. That setup could at least show you an object from --- wait for it :) -- back and front. I also tested shooting in there with two projectors from slightly different angles. That however does not yield good R/L channel separation for the spectator (actually you wouldn't call that "channel separation" anymore), the fog is just too diffusing. Using a regular 3D projector with active shutter glasses gives good results though.

Mike Szczys wrote 03/29/2014 at 18:29 • point
Early prototype is fantastic! Can the ultrasonic atomizers be used continuously for long periods of time?

Moritz Walter wrote 06/01/2014 at 22:38 • point
Depends on your definition of "long periods of time". It works for many hours (gets warm though). The membrane wears out due to mechanical stress and scale sooner or later, but can be replaced in most foggers.

akohlsmith wrote 03/02/2014 at 22:06 • point
Trèz cool. Is the top of the laminar flow distorting due to the ambient air not being still? I don't know enough about laminar flow to know the limitations.

Moritz Walter wrote 03/02/2014 at 23:25 • point
Thanks! The quality of the fog wall is best in still air. Though the laminar flow is quite robust against slight ambient air streams, it's steadiness will decrease a little, but it still works good enough for getting a picture.

The 2015 Hackaday Prize
Preterm infants come in lots of different sizes. Nasal CPAP cannula come in few sizes. Read on to see if we can 3D print a solution.
Project Owner Contributor