The current prototype allows for one of the LNA amps to be bypassed, which seems to be good news for testing the high power part of the circuit where we take the high powered phone signal and transmit it out through the external antenna. With the phone uploading more video to YouTube, the RSSI was recorded on my homemade data capture rig with the antenna about 3 metres in front of the Yagi antenna: 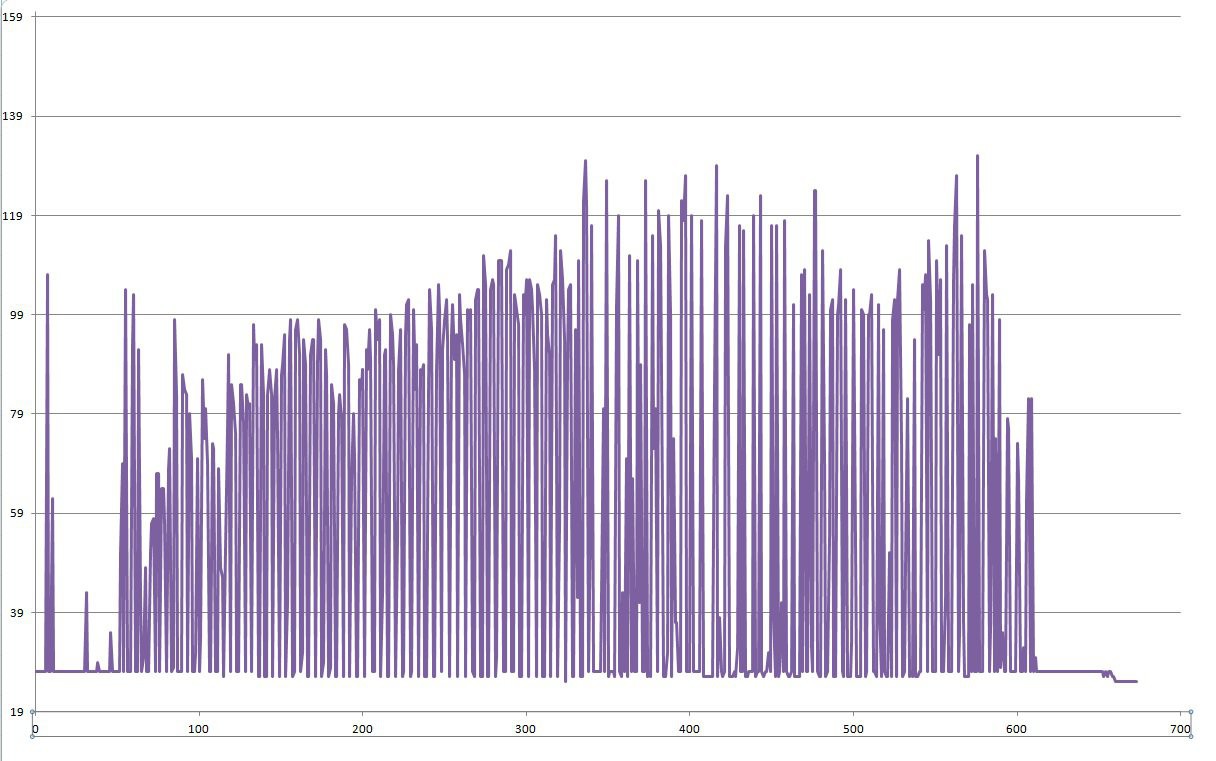 After a few initial spikes, the graph shows a gradual increase in signal strength as the VGA is turned up, reaching something of a plateaux where, presumably, the base station starts telling the phone itself to reduce it's power output.