Yet Another Robot aRM - where I develop a low-cost compliant robot arm with a 1meter reach, 1KG payload.

The original goal of the robot arm was to have a high-accuracy 4-DOF palletizing robot.

However over the last few months I have been working on something far more adaptable - a 1meter reach collaborative robot arm with 7 DOF. The arm should be just as accurate when combined with visual servoing with a camera on a stick above the robot and one on the wrist.

The main design architecture of the arm is a NEMA17 stepper on the base to rotate it, and differential drives on each pair of joint DOFs after that - NEMA34 on the base, NEMA23 on the first arm and extra-large size servos (~30 kmcm) on the last arm.

The end-effector connector is an ISO-standard mount (same as on the Universal Robot UR3/UR5/UR10 robots).

On the github project link you can find the files in STL (3d printed parts) and SLDPRT for the metal parts (Solidworks design but I'll try redesigning them in Solvespace). The issue tracker there is also live. 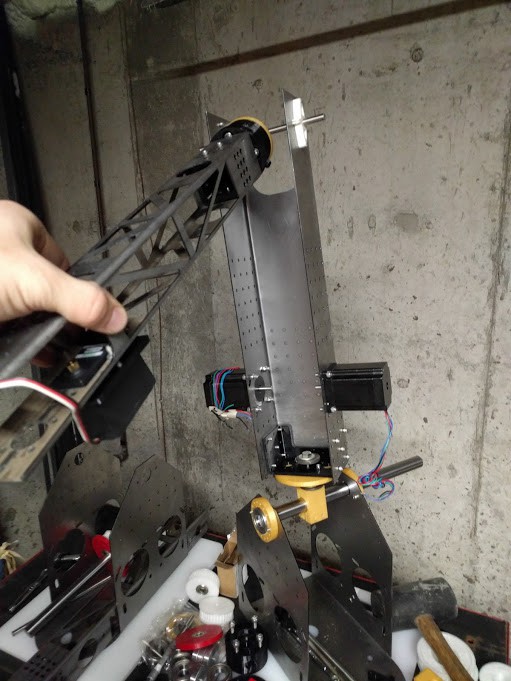 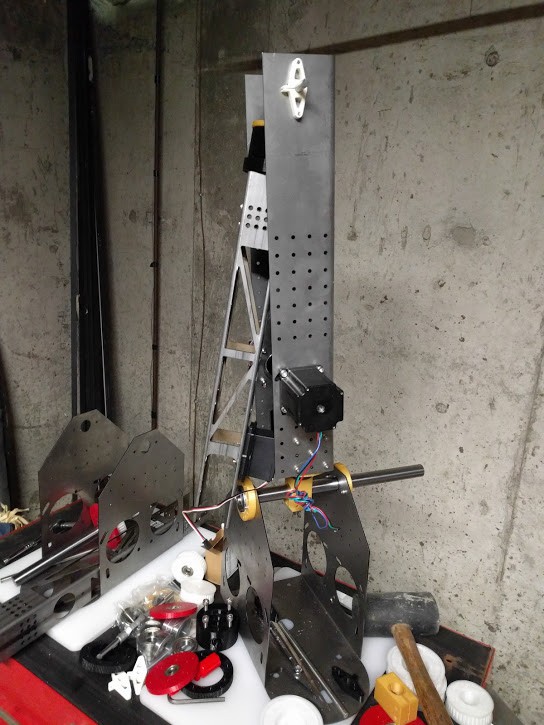