A coworker named Kevin recently started making homemade PC boards with a mill, and was going around the office to everyone he knows who does hobby electronics asking for work. I showed him this project, said I might try to do a layout soon and will be bugging him to waste some copper for me. To my surprise, a couple of days later he came back with a kicad layout. After a couple virtual iterations, a nearly fully assembled CAT-644 appeared on my desk wrapped in an anti-static bag.

Tonight I pulled all the ICs out, and started testing connections, voltages, etc. I got brave enough to put my already programmed atmega I pulled out of the prototype, and plopped it in. I found one issue so far: Two traces were too close, shorting together two of the data lines to RAM. I found this with a little 'memory test' app I have. The app prompts over the serial port for a start address and a count. It will write 'count' number of pseudorandom bytes to ram starting at the specified address, and then read it back and display the XOR. This is how I found my troubles: The XOR value was sometimes 2 or 4, not the expected 0. This told me something was wrong with pins PORTC.1 and PORTC.2, and an ohmmeter told me they were stuck together!

VGA output also works: I am running the 'simple' VGA loop, which just continuously displays the first 60k of RAM on the monitor. It's great for debugging RAM addressing issues: Pixels will be stuck, floating, or otherwise repeated. This with the above RAM test program makes it easy to diagnose connection problems.

I have not tested:

audio output (it's just one trace, so it's pretty foolproof)

memory bank switching (again, its just one trace to do this. I know this pin isn't floating, since that would result in the screen unstably switching between the two ram banks.)

SD card: I need to do a little careful probing here with my meter, but once I'm sure it's safe, I'll just have to plug a sd card in and see what happens. 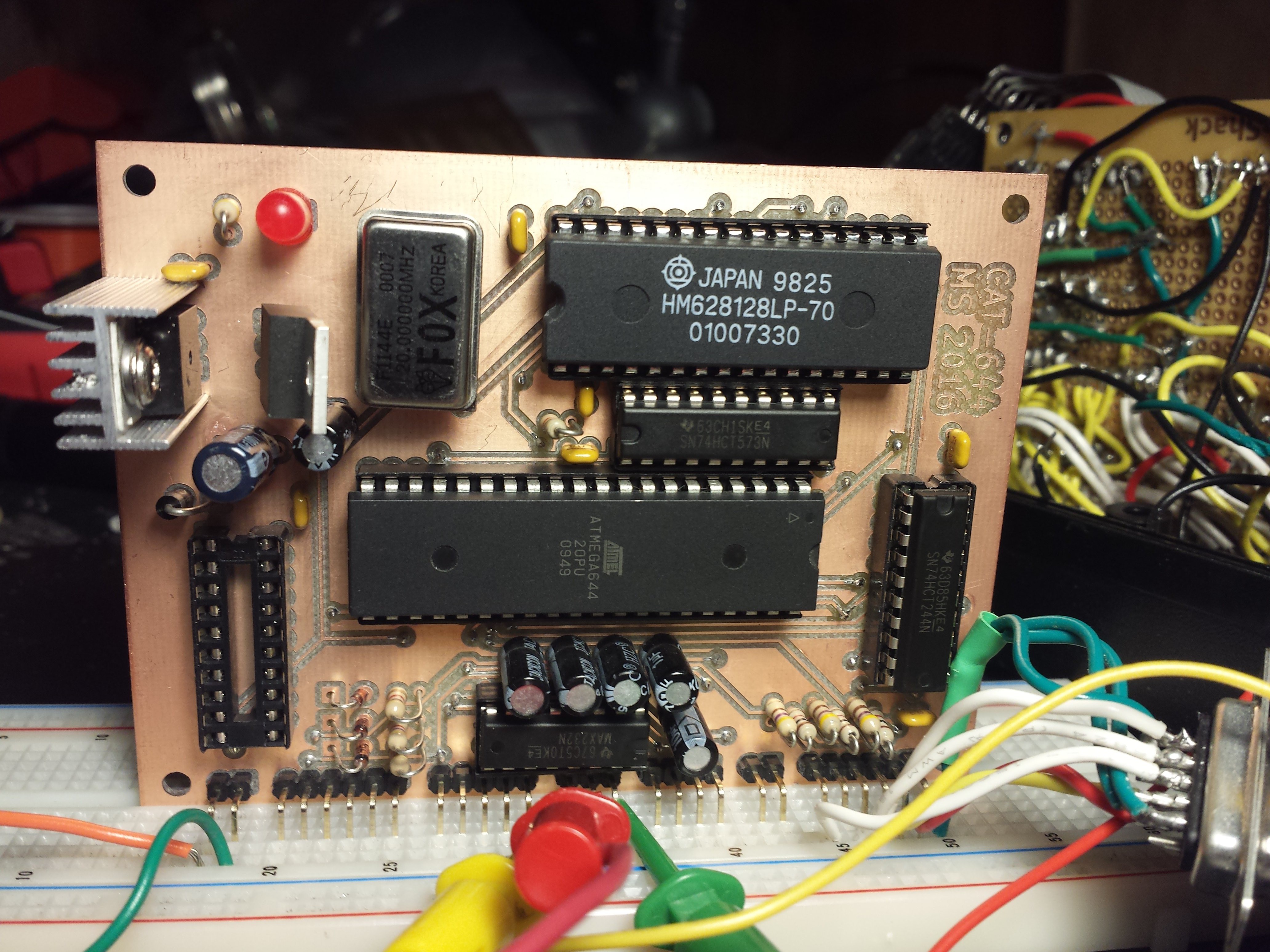 This is the board by Kevin. All the connections are on a right angle connector, and it happens to fit pretty much perfectly in a center groove of my breadboard. 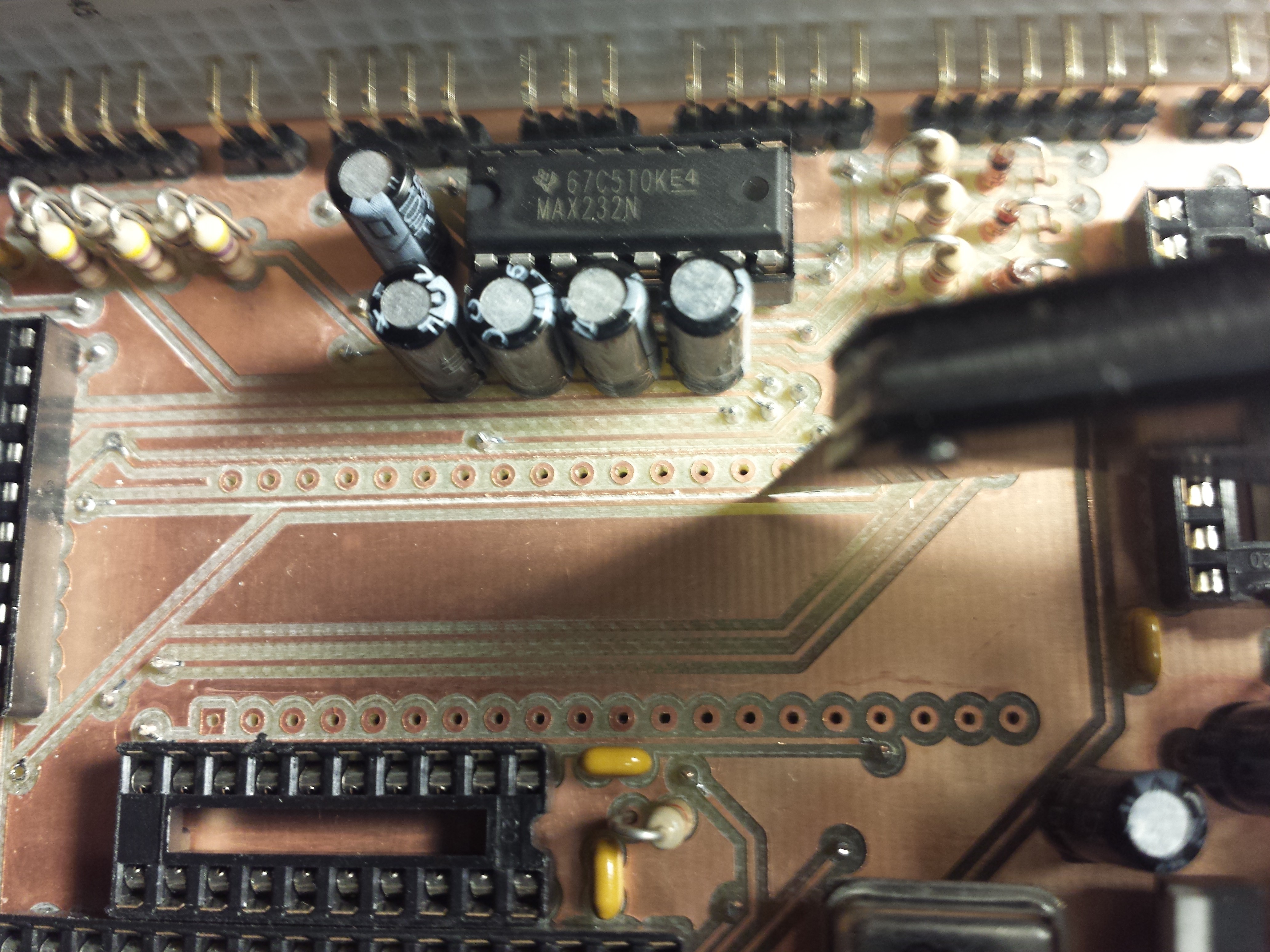 Yep, the shorted traces were in the most annoying place possible: under the socket. Separating these two traces are on the top of the kicad todo list.

Note, a homemade board is actually what made removing this socket easy: This board was intentionally designed so that all IC pins connected to the circuit ONLY on the bottom layer, because you don't have plated-thru holes, and the tops of sockets are inaccessible. Also, because there's no plated thru holes, the pin can't stick to the inside of the hold. If you use a solder sucker, it all comes out super clean and super easy. Of course a professionally made board with plated thru holes wouldn't have had shorted traces!