Many of you have built a little CNC plotter from scrap parts. I know because I've seen countless examples on Youtube. But once you draw a few line images, some hollow text, and perhaps some rasterized black and white pictures, the machine gathers dust on ye olde projects of yore shelf until it's dismembered for parts.
But wait! What if you could draw greyscale images? What if you could draw in color?
How? you ask. The answer is cross hatching my friend. And I shall give it to you.

What this project consists of: 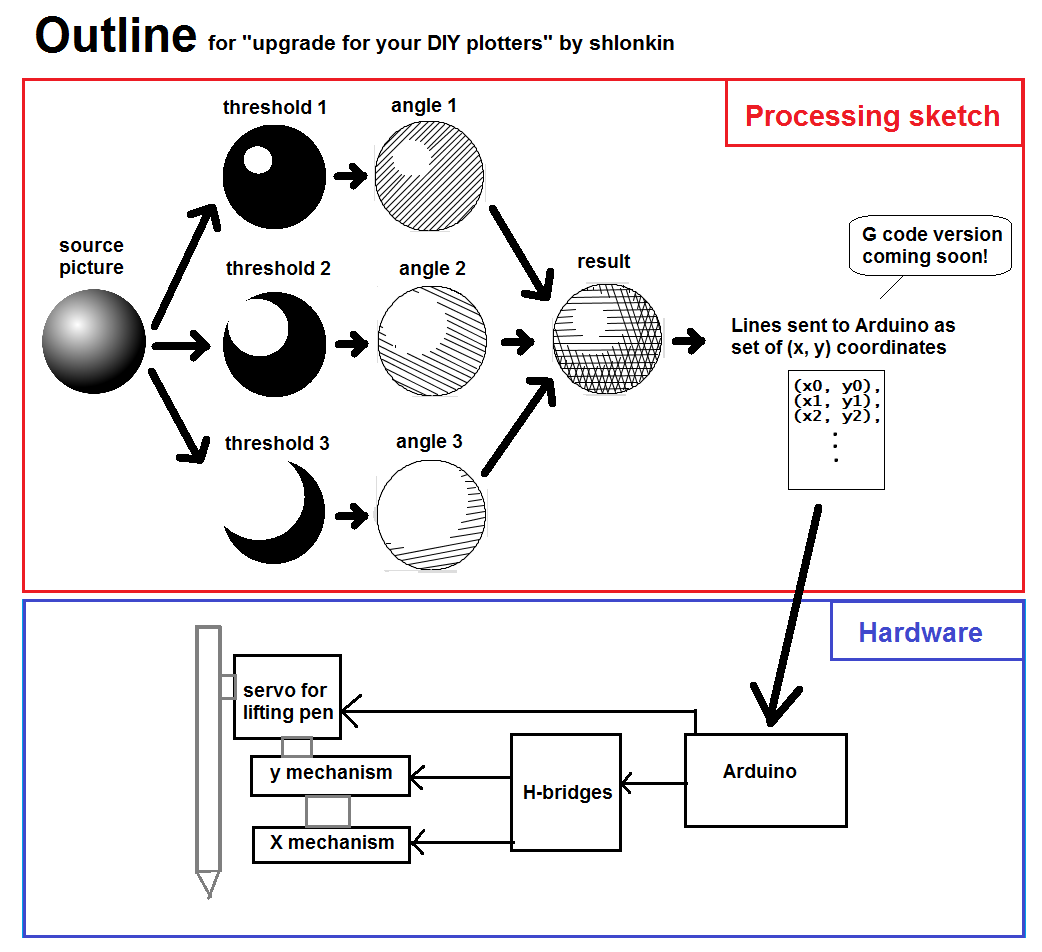 Why this project matters: It provides the hacker community with a tool to get more out of their cnc drawing creations. On a greater scale, it may inspire more beginners to jump into the hardware making world by making simple cnc plotter projects much more fun and rewarding. And since everything will be open source with no restrictions, anyone can build upon this and make it their own.

Following this, because, if it can also output as several 1-bit bitmaps, it should be ideal for PCBs,  too. You have 5 solid colours, no shading, like so:

I also wrote a converter to get bitmaps into Eagle, Altium, or CircuitMaker, so I'd definitely be curious to play around with this. In my five minutes of searching online, I couldn't find any decent pure B&W crosshatching plugins/tools.

Cubes made from two-way mirrors and custom LEDs that allow you to create models, forests, and galaxies that seem to go on forever!
Project Owner Contributor

Hackaday Prize 2020
This is a robotic arm that will be able to paint paintings, it is made from cardboard, scraps, and Servos (quarantine project).
Project Owner Contributor

Robotic Painting Arm (made from cardboard)