In this log, we will capture some of the background research we have done so far to think about this project.

We first researched a little whether Newton had created devices himself to help him conceptualize, since he was known as a tinkerer. We have not come across any yet, but we hope to find more as we research more deeply in parallel with our experiments. There is some historic material online, but a trip to the Pasadena Public Library was required (and a bit of Amazon browsing, of course.)

Before we started creating the next hands-on calculus devices, we wanted to look into whether anyone had done this already. After all, for the first 200+ years of calculus' existence, there weren't any general-purpose computers. We thought we could re-create calculation aids from the 1700s or 1800s using open-source hardware and the occasional 3D printed part.

The first thing of this type we wanted to create is a device that would let the user follow a curve by hand while the device drew the derivative curve, or a mechanical differentiator. We thought there must have been mechanical devices to draw the line of the derivative of a curve, sort of the calculus equivalent of a slide rule. Surprisingly, we did not find many, or much written about using that type of device.

Here are a couple pictures of early experiments in our development of a mechanical differentiator, with 3D printed parts and pieces that will be familiar to 3D printer developers. 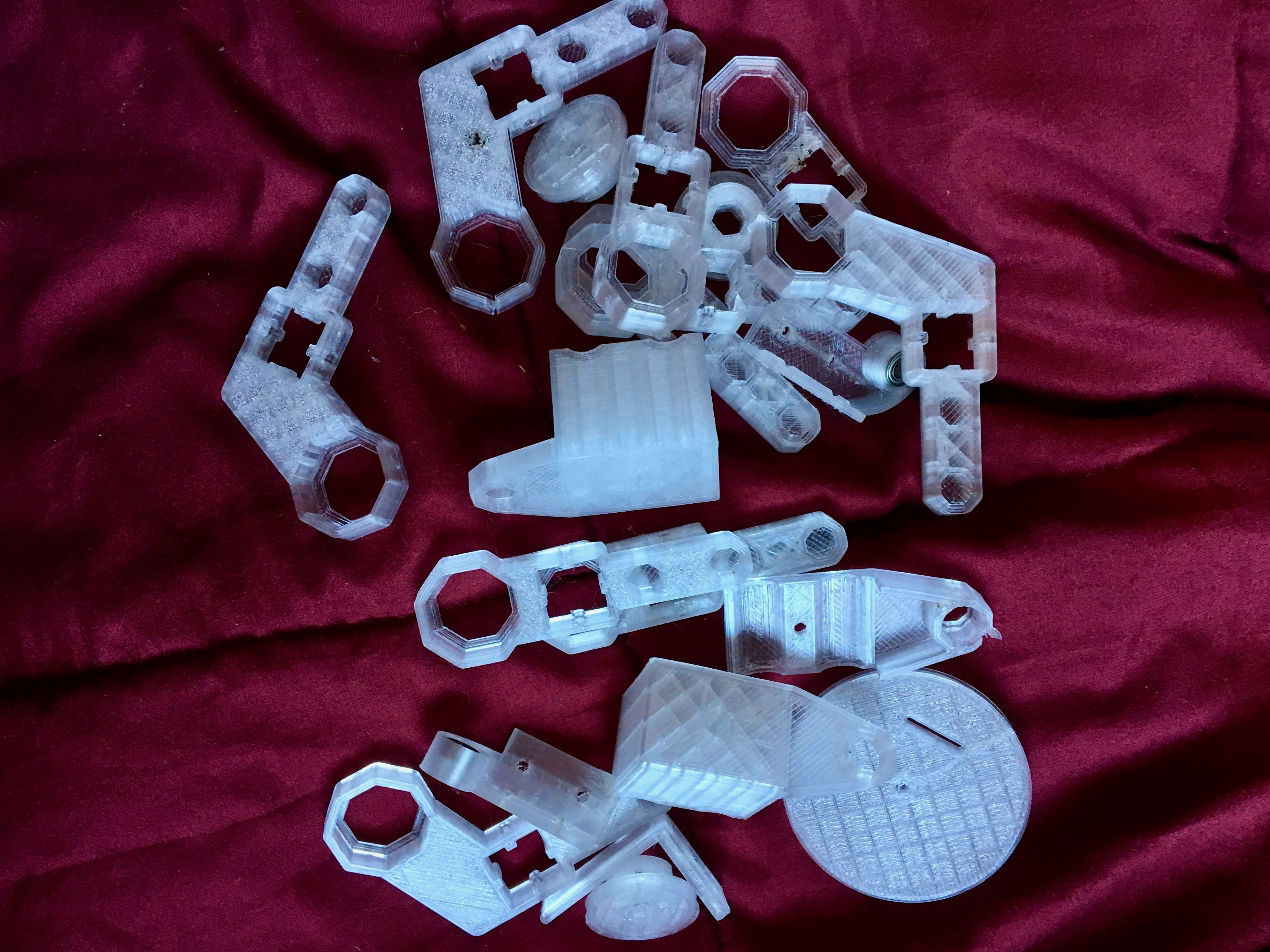 Initially we thought the device would have mostly 3D printed parts, but as it evolved it has started to look more like a chunk of a 3D printer than a 3D-printable device. As with many things, it also turned out to be harder than it looks. We will be evolving this and other devices this summer as we continue to build out this project.We'll start giving details and build instructions when our path is a little clearer - stay tuned! 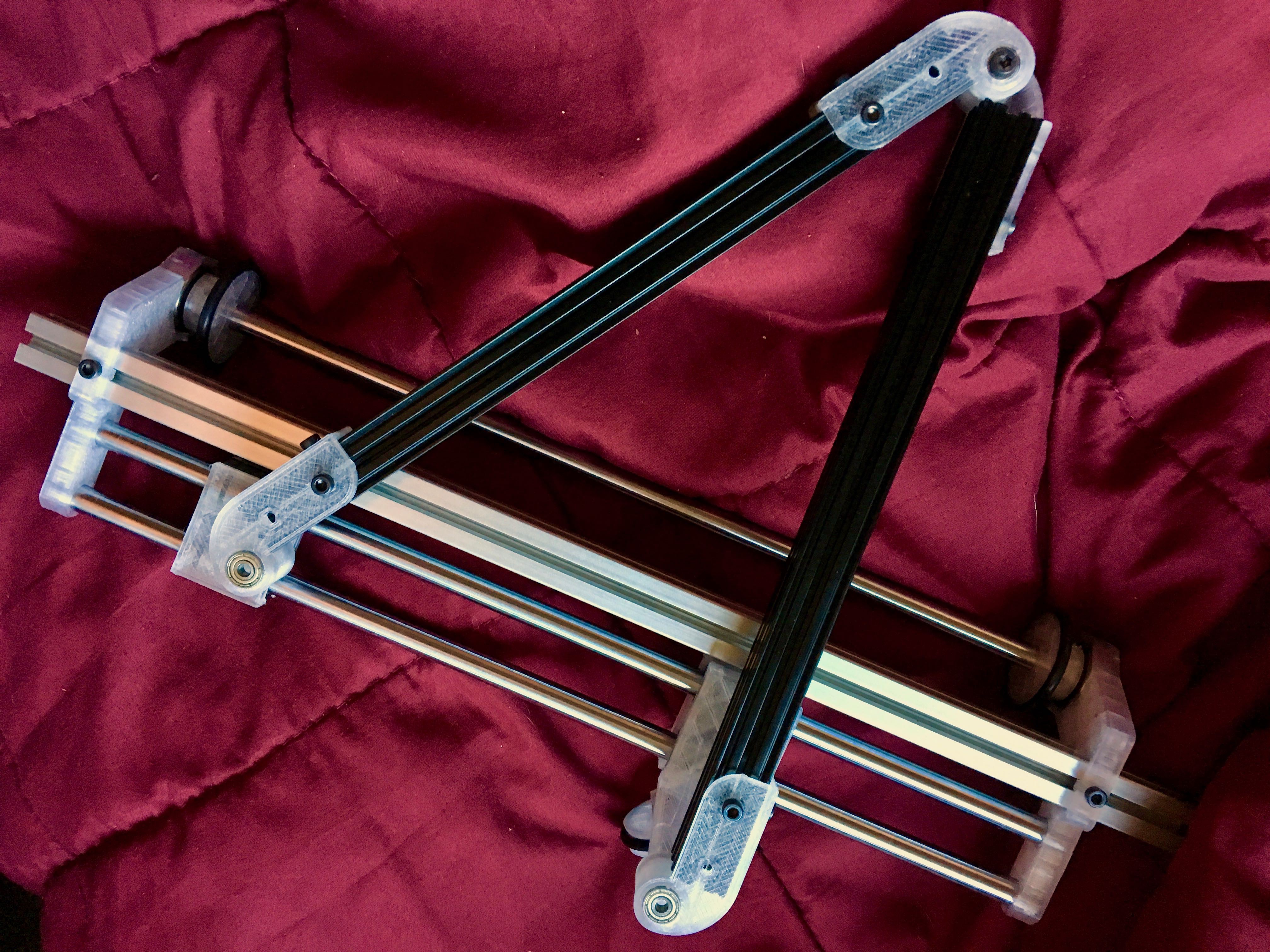 We found 1921 and 1967 patents and some descriptions in the math literature, and some interesting linkages from the late 1800s by the French mechanical designer Myard that people mentioned as a good basis for such a device, but very little about the devices.

Our conclusion is that people probably solved the problems by finding the equations for the derivative and then calculating with whatever the tools of the day were. The availability of low-cost, general-purpose computers rendered most mechanical calculating tools obsolete. But doing it that way requires you have to do the algebra before you get the intuition, which we are trying to avoid. For our purposes of building intuition, though, we think this will be the way to go, if the build doesn't get too complicated for a lot of people to make on their own.

We found a version of Principia translated into modern English with commentary on what Newton would have been aware of at the time. This translation is by I.B. Cohen and A. Whitman, listing Newton as the author (University of California Press, 1999.)

Next we did some browsing to find physics or calculus taught in a similar way to what we had in mind. Not surprisingly Caltech's master physics teacher, Richard Feynman, did some lectures in the mid-1960s which were captured by the BBC and then later republished as a small book entitled The Character of Physical Law. We used the MIT Press, 24th printing in 2001, but it is available in many versions including an audiobook. It has little hand-drawn sketches and almost no algebra, and focuses mostly on gravitation. It is in many ways a modern descendant of Principia.

There is a movement generally to re-think math education in the United States. A book laying out an approach that is broadly similar to the one we suggest here is Stanford professor Jo Boaler's Mathematical Mindsets (Jossey-Bass, 2016, and summarized on the linked website.)

We are also grateful for the encouragement and ideas we're getting informally through various channels - all ideas are appreciated!