We discovered that people were quite intrigued by our Fundamental Theorem models (Log #5) and decided we would make some more. We're going to be taking these to some events during the summer and getting more feedback, too.

For now, we are just figuring out what a curve's derivative function is by calculating it using the algebra techniques taught in standard calculus, and then printing out the curve and its derivative at right angles to each other. But we're trying to figure out some good ways to derive some of these geometrically, too.

What happens when you want to take the derivative of something more complicated than a function you can look up in a table of derivatives? The "chain rule" It more or less lets you break down a complicated function into a series of simpler ones.

We will use ^ in what follows to show raising something to a power. 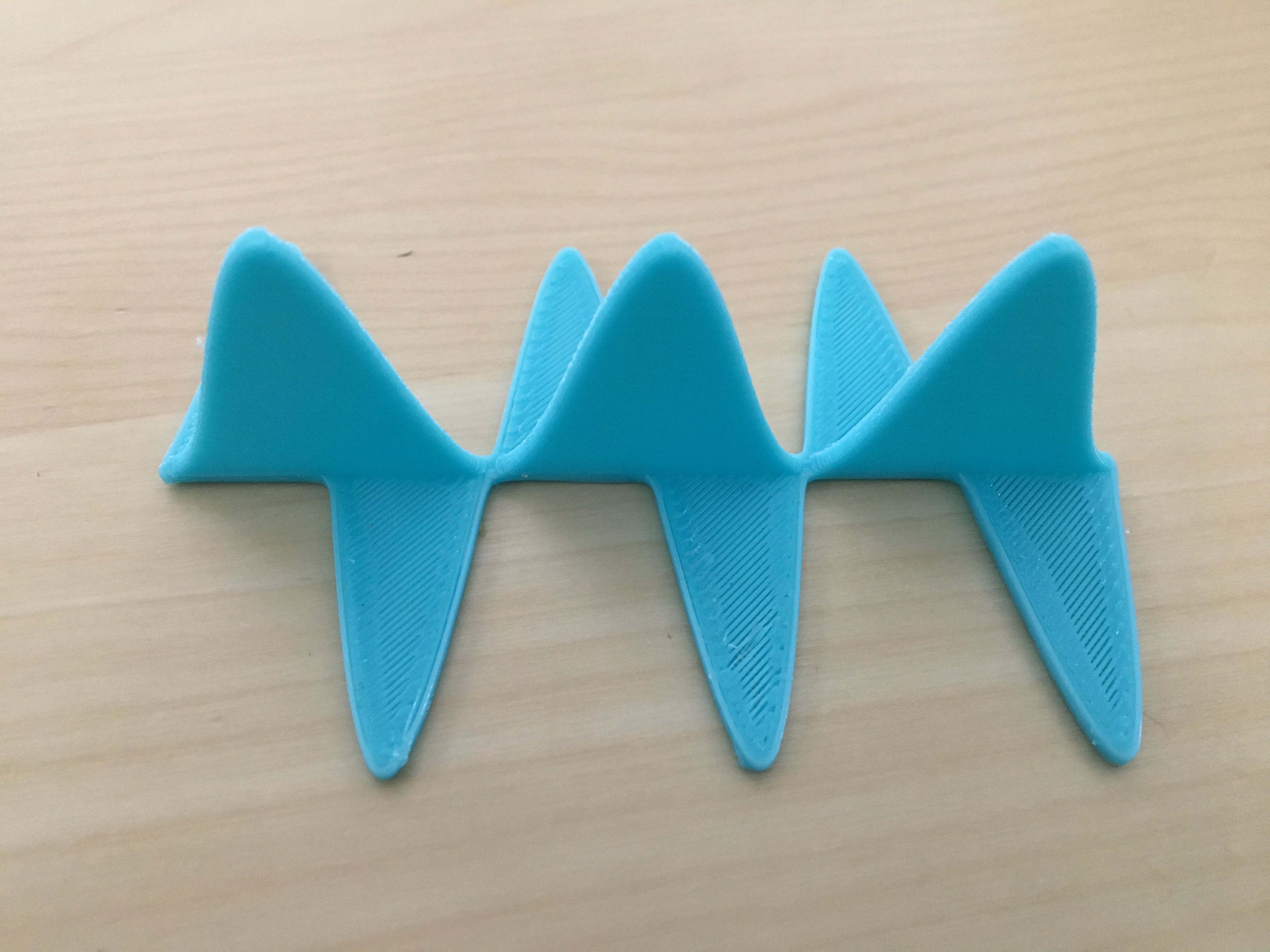 What the chain rule says is:

We are thinking about a good way to show the steps of this process physically. Stay tuned! We've found that the chain rule inis credited to Leibnitz. Newton and Leibnitz created calculus at the same time, more or less, and fought over credit as long as Leibnitz was alive (Newton outlived him by quite a bit.)

Newton developed the concepts geometrically, but Leibnitz came up with ways to use algebra to be able to do a lot of things faster. We think though that people can learn it in the first place better with geometrical reasoning. Can we reverse-engineer Leibnitz ideas to make them into geometry? That's our next project- wish us luck!

Meanwhile, we also did a few more pairs so we could more to play with and think about. 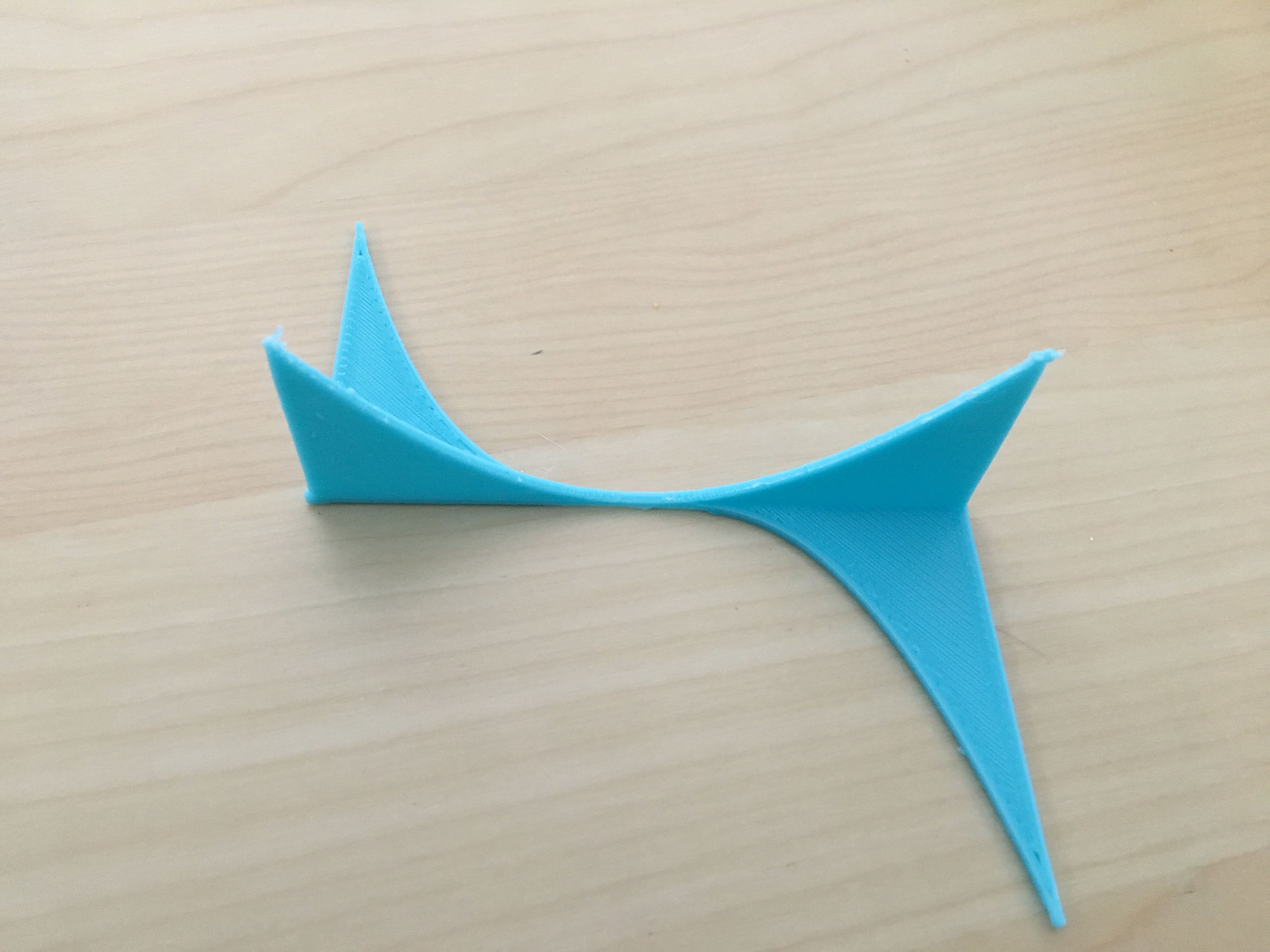 And here is the curve of ln(x) (facing you) and its derivative, 1/x. 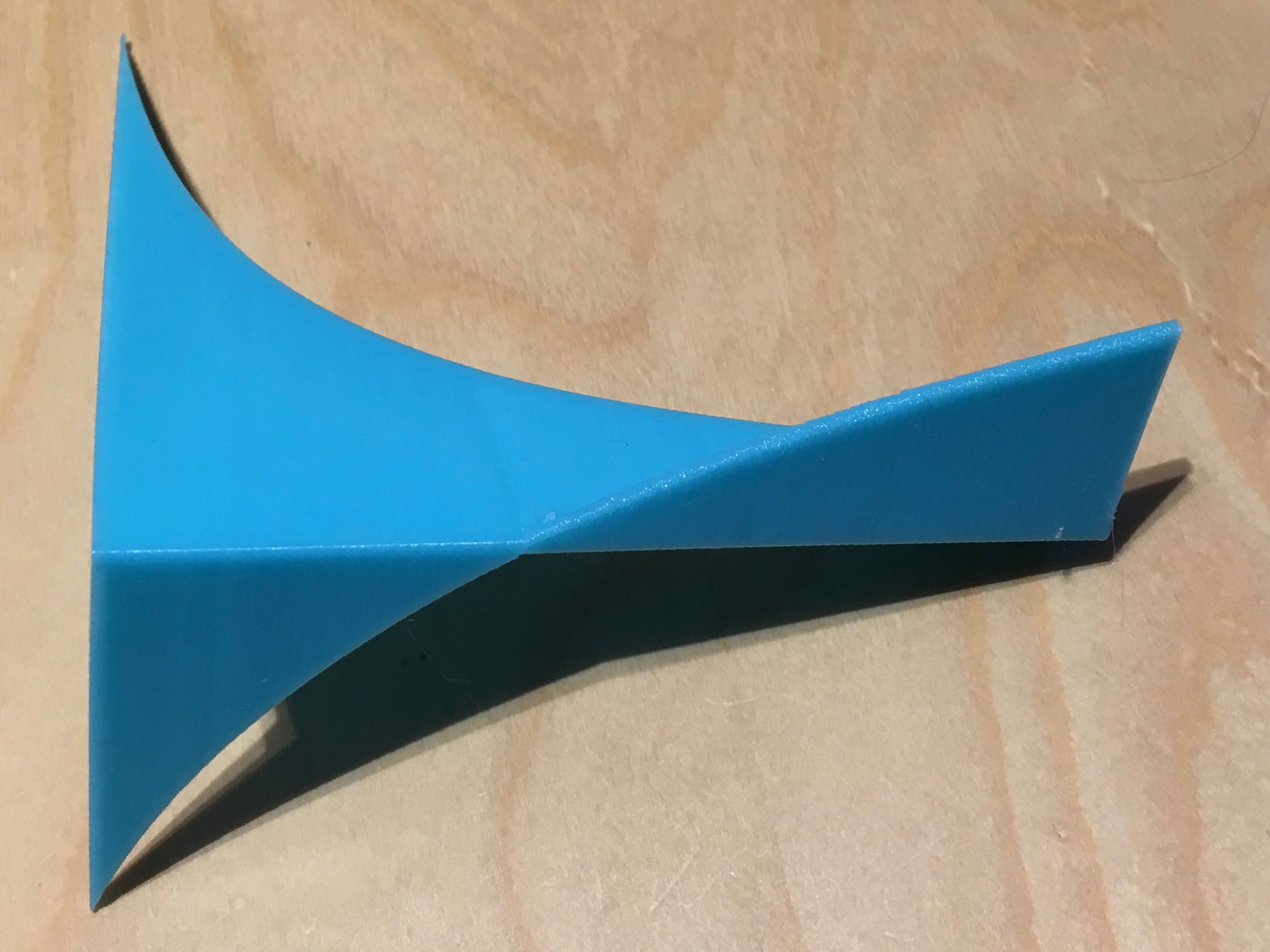 We have had to take some care with scaling and where to start some of these curves. Obviously 1/x can't get too close to x=0, for example. And we've had a lot of experiments where we pushed it a bit too much. Here's an earlier example of the ln(x) and 1/x print. It was a little interesting to get this one off the platform. (Surface on the left was the bottom of the print.) 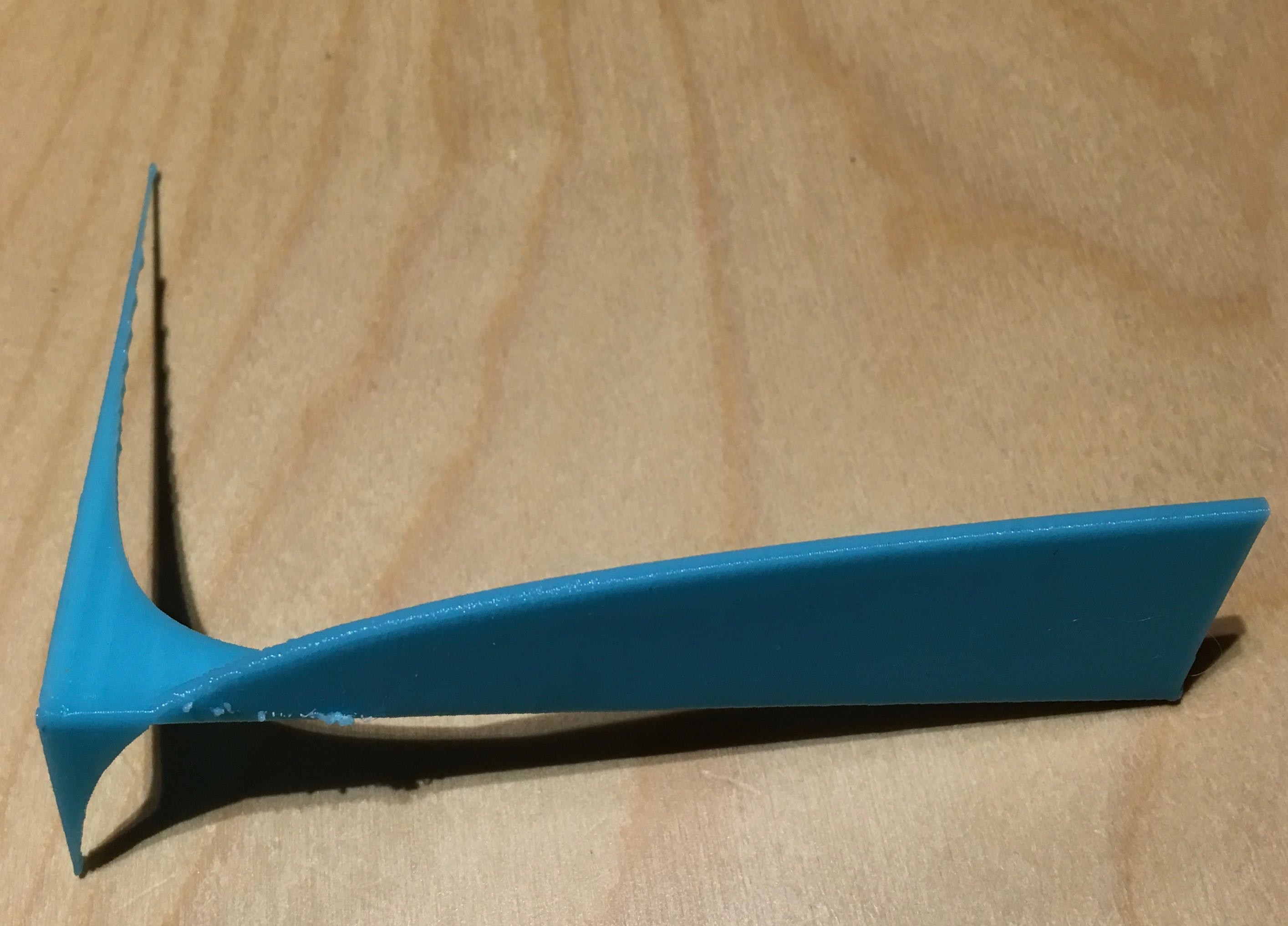 We've been really pleased by all the energy we've seen around this idea, and we're working hard to figure out how much geometry-oriented material is needed to really jump-start someone into calculus, and whether some things (like the chain rule) should stay in algebraic form. Lots to think about!