Final Board Version and some new thermal tests

I received my final boards a week ago. I didn't change much, I added an inline resistor to the PWM signal line to limit the current that can flow through the LED driver during a short circuit condition. The VCC line is protected by a Schottky diode but the PWM line was a potential hazard as the ESD protection diodes in the IC would form a direct short through PWM line if two modules were mounted on a rail in reverse orientation to each other. That short can still happen but it wont kill the IC.

The other changes I did were all related to optimizing heat transfer away from the LEDs.

Before the backplane of the module was just one big GND plane. Now it is divided into VCC and GND enabling me to use the VCC metal rod as a heatsink as well. I also increased the amount and density of vias under the LED heatsink pad. I also reflow soldered the LEDs this time, also soldering the heatsink and not just using thermal paste.
These changes allow for far greater heat transfer and let the LEDs run a lot cooler.

Here is my test setup. I attached a K type probe to several measuring points like the junction between rod and fuse holder, the backplane, the front side of the LEDs and the vias directly under the LED heatsink pad: 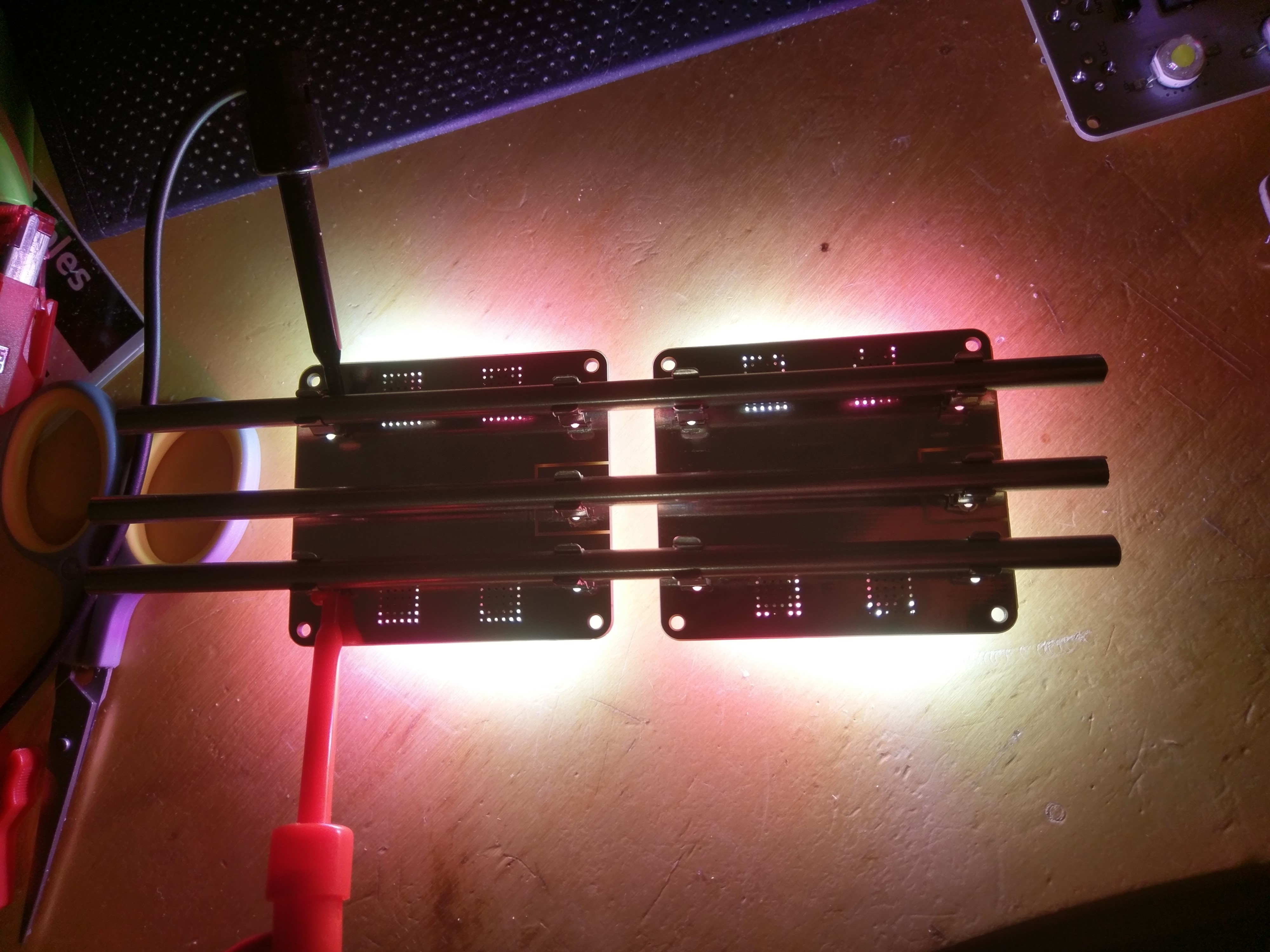 I measured a maximum of 54°c at both rods. Before the VCC rod only got to ~30°c and the GND rod to ~43°c. The backside gets a lot less hot with max 83°c measured at the heatsink, before it was around 90°c. At the front the LEDs got to ~70°c+ before the changes, now they only reach about 60°c.
I will make some direct comparison photos with the thermal camera at work.
I'm very satisfied with the outcome. At these temperatures the LEDs should have a good life span.

And here are two photos of the final board version. Front and back: 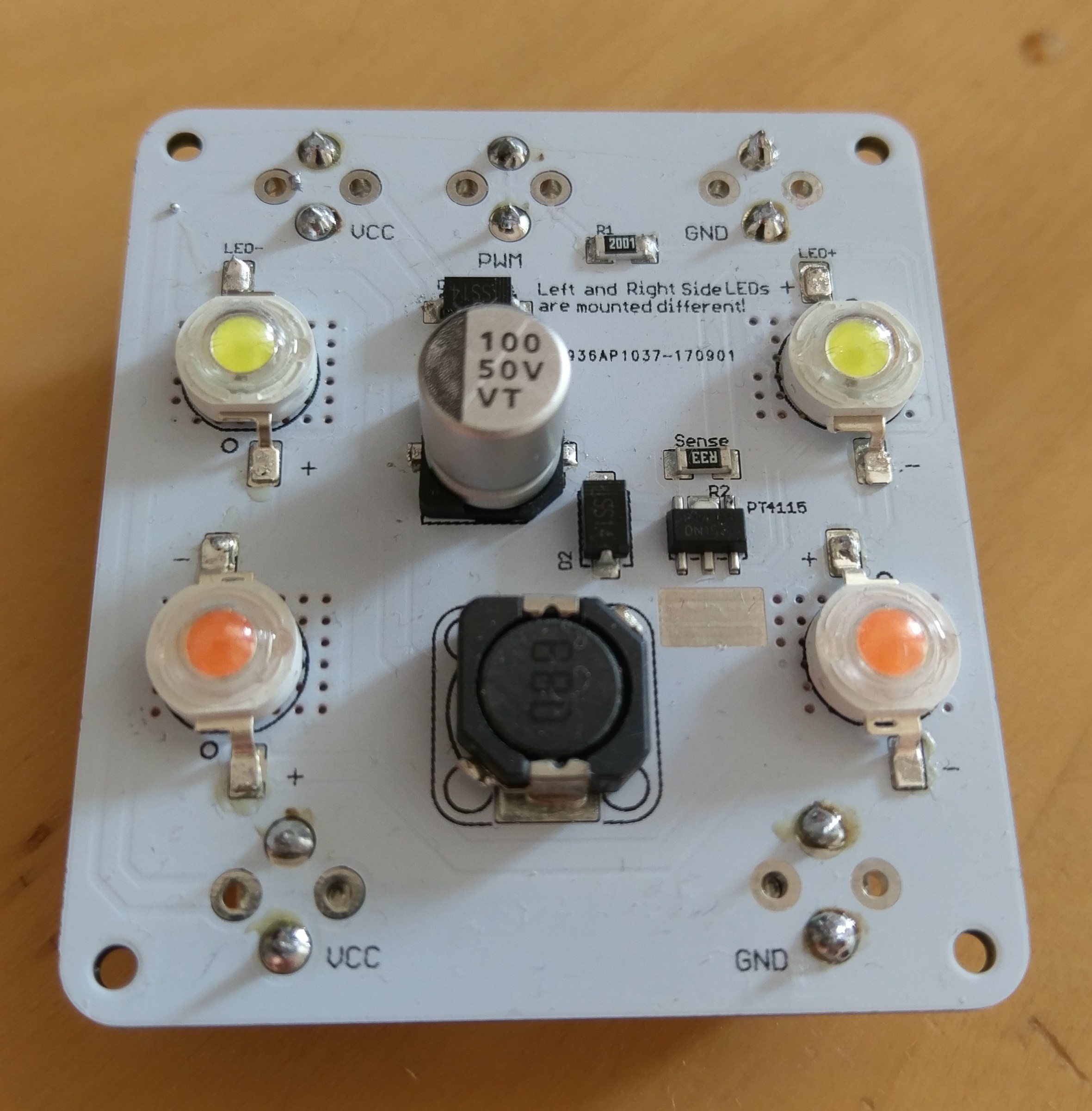 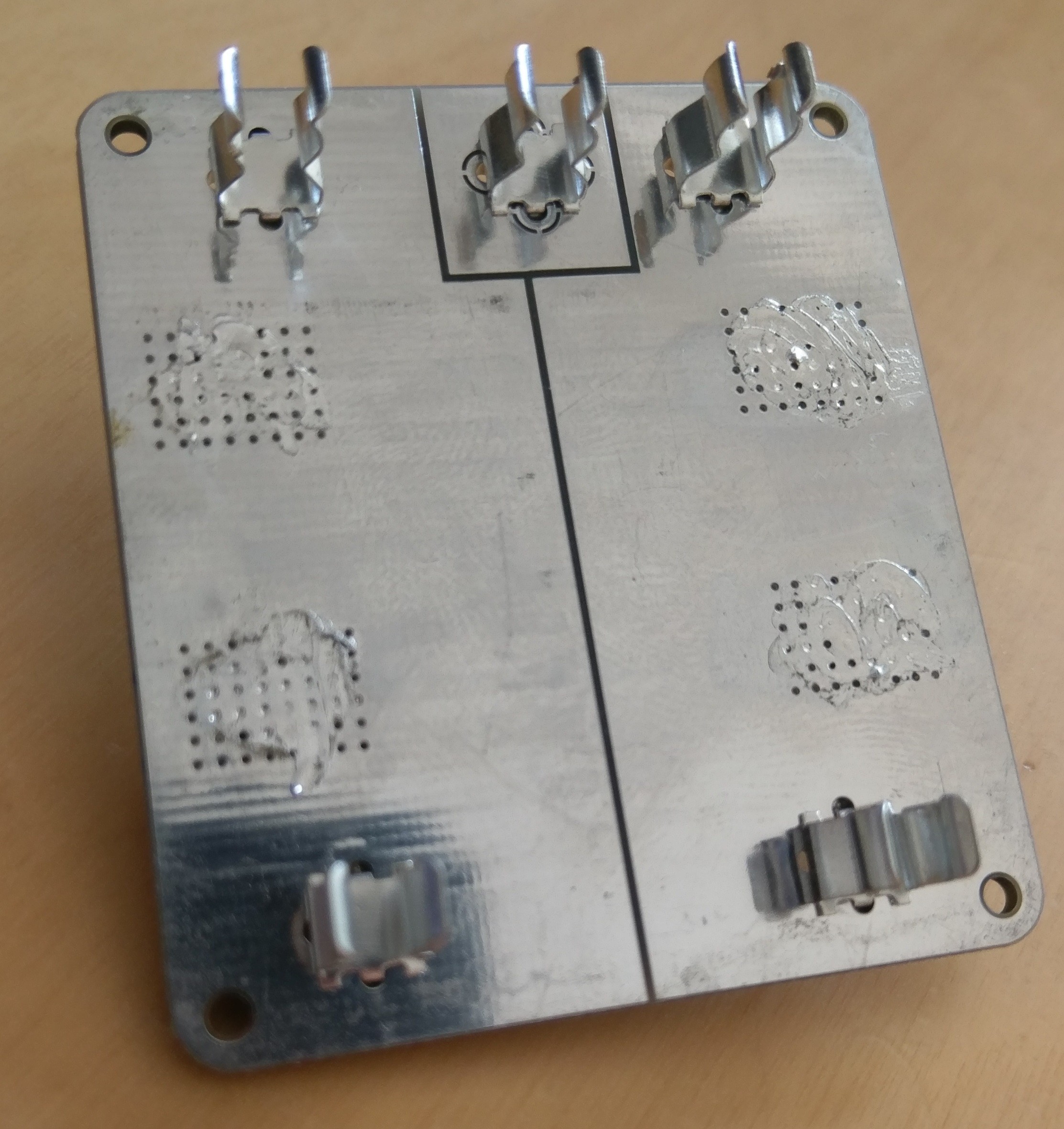