I really wish I had known how to design PCBs when I built this.

Two full adders realized with relay logic gates, switch inputs, and light bulb outputs. Originally intended to be powered by main voltage with a power supply, I ran out of time and simply added two banana jacks for an external power supply to plug into.

This project was displayed at the University of Alberta's 2014 Engineering Art Show. To make it a bit more of a curiosity, none of the switches or light bulbs were labeled. From the people I talked to, anyone who hadn't taken a course in digital electronics had no idea what it was.

I started by looking up the optimized logic functions for a full adder, then designed logic gates with relays. I was pretty sure relay logic gates had already been documented, but I wanted to do it myself. Who knows? I might have come up with something new.

Half way through, I realized that the techniques I was coming up with were mirroring the MOSFET circuit topologies for logic gates that I had learned the previous semester. (Pull down resistors! Pass transistor gates!)

I sorted all the circuits by type, shown below: 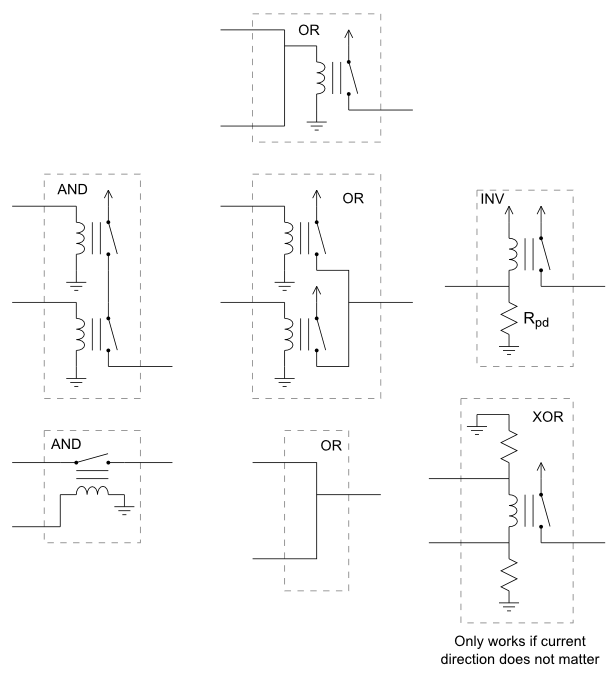 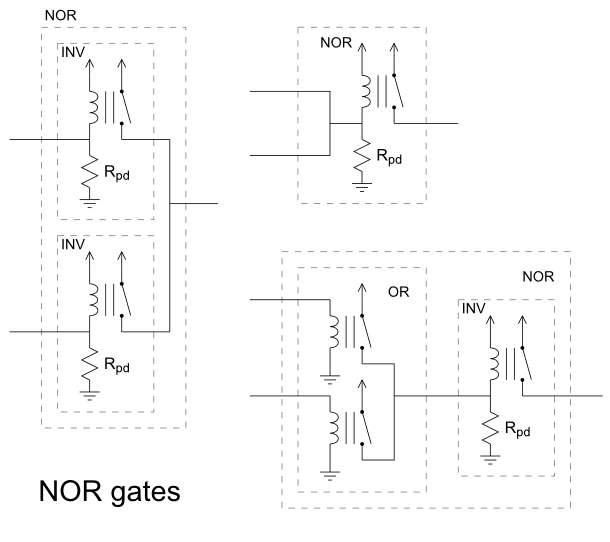 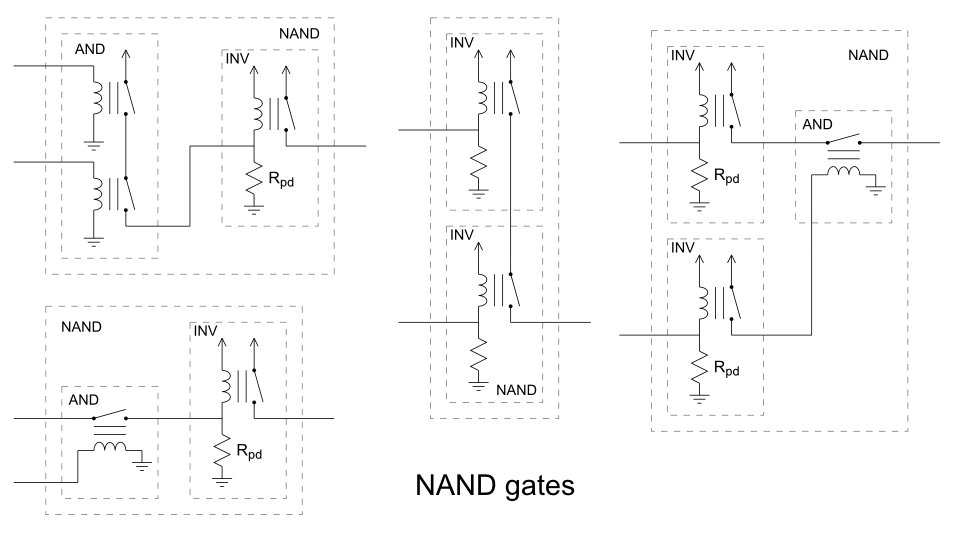 After I had the logic circuits it was simple to chain them together to form the logic functions I wanted.

As it turned out, light L1 and L2 turned out to be directly buffered already. I had to add an extra relay for L3, otherwise input A2 or C2 could have been sent through to power the light. It's probably not a big thing, but I didn't want the power needed for the lightbilb to be flowing through my logic components.

I would have liked to make a pcb for it, but had to go with perfboard due to time constraints. That rat's nest is the result. Luckily, I was careful enough when soldering that it worked the first time. I would have hated to troubleshoot it.

I also didn't get to put in the power supply. I ended up leaving two banana jacks sticking out the back for a bench top power supply.

Injection-Integrated Logic was briefly popular in the 1970s before advances in CMOS technology made it obsolete.
Project Owner Contributor

Computer on Fallout, that'll be big enough to fall in.
Project Owner Contributor