A lightweight and simple devboard for ESP8266-12 with 2.54mm breadboard pinout and works with 1V-5.5V batteries 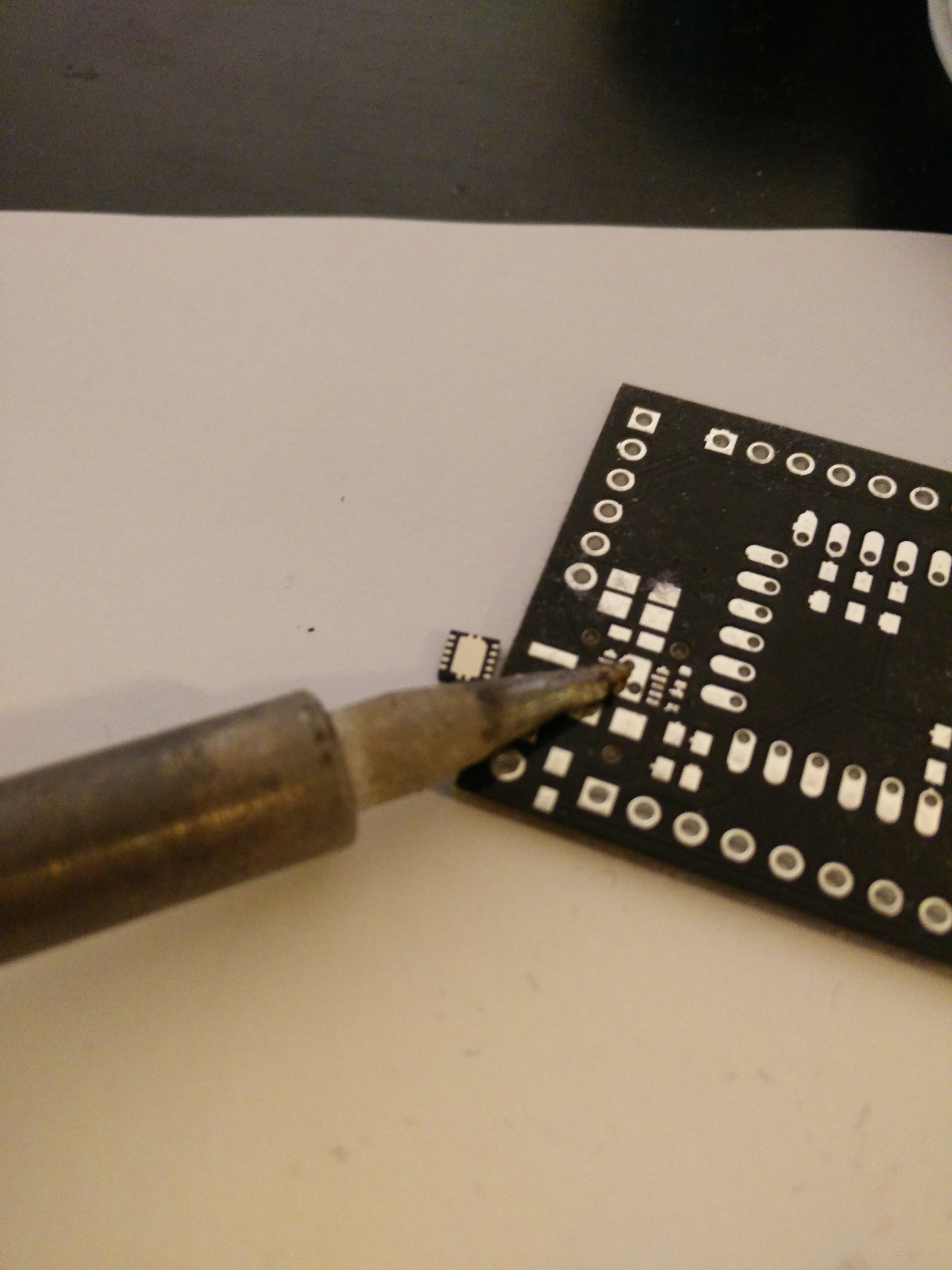 First problem was the tools I had available and the size of the components. To solve it I put on a lot of solder and then removed it again just to get flux on the pads. It really helped in sucking the solder to the pads and component the next time.

I believe that there is some shorts under the QFN on the bad ones. Will look more into it later, but for now the priority is to make 2.0 with fixes and features I really miss in 1.0.

One of the boards was put into use as a wifi thermometer sending data to thingspeak every 10 minutes. It have been running for a week with only missing half a day because the ADSL modem went down. The box haven't been touched after it was closed. 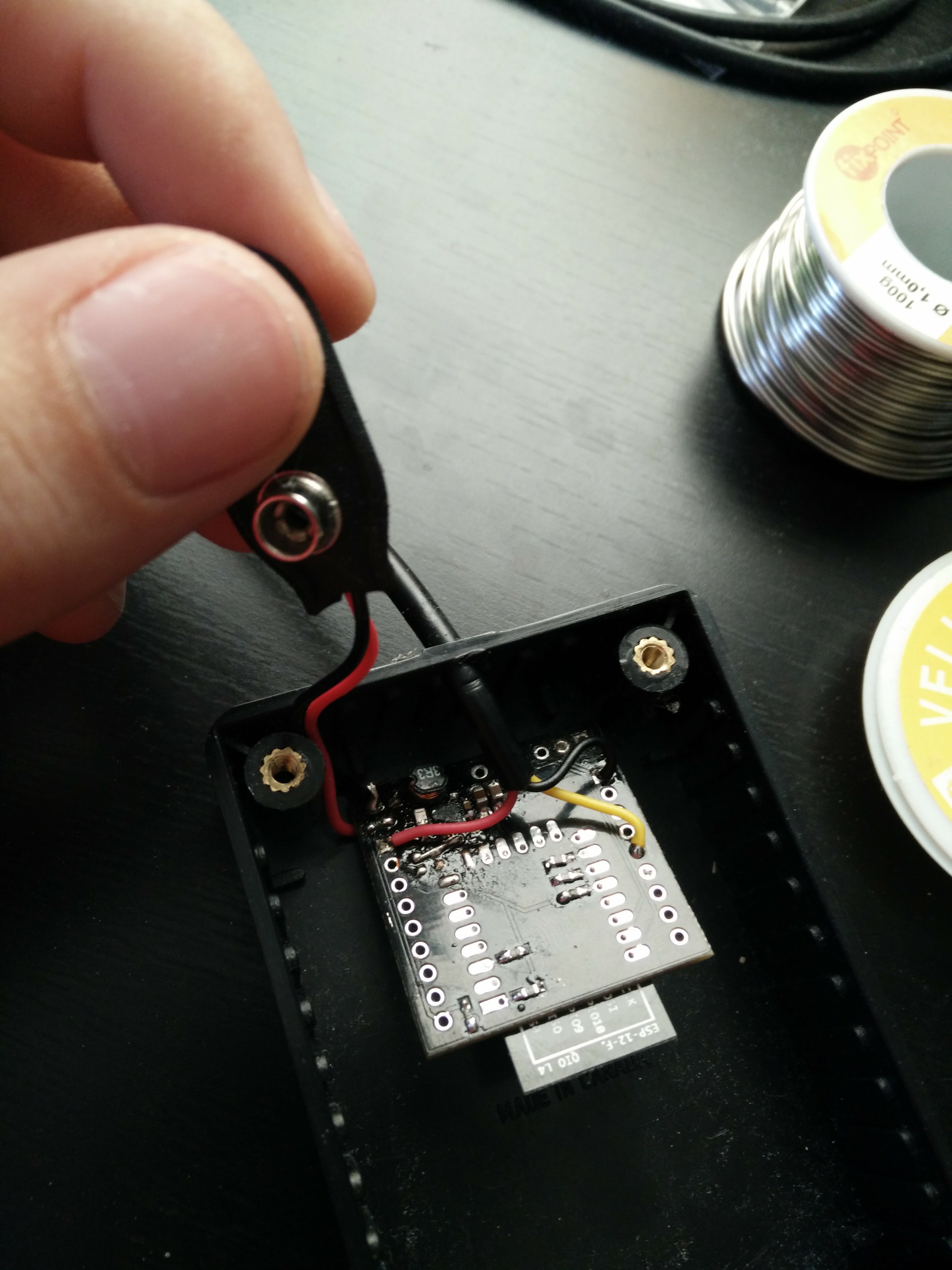 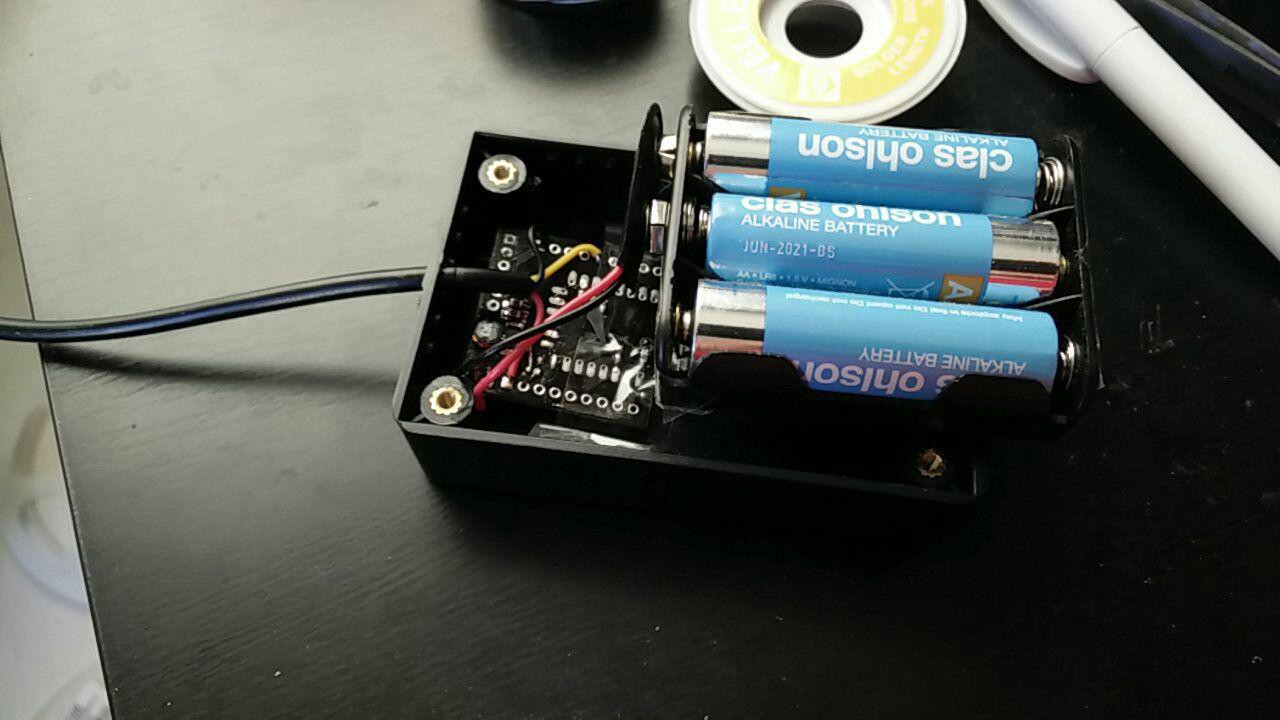 PCB was .1" to big for my breadboard, have to squeeze it a bit for the next one.

The current placement of the temp. sensor makes it a sun detector. xD

If you don't already have one, I would get a cheap hot air station off of Ebay (just be sure to check the wiring before powering it on for the first time.) It might help you get that pesky QFN soldered.  Thanks for the progress report.

I will borrow a hot air station from a friend to see if I can save the boards.  I'm just happy that I got at least one board to test using one my solderpen. Heating up the side of the big GND pad until the chip was in good position and then dragsolder the small pins.