foldable/ stackable wooden table and stools, which at least could have been made with medieval tools.

So the first ideas a scribbled on paper and started on the CAD with that. Main course of action was to thing about the general measurements and then start the design in the assembled stage of the furniture. The next step is scaling the whole thing down by 0.2 (or 1:5) an use some plywood and a lasercutter to get a nice functional model. All parts that interlink an need some milling for that like the crossing beams (common halving/ Überblattung) I simply did in 2 layers and clued them together afterwards. 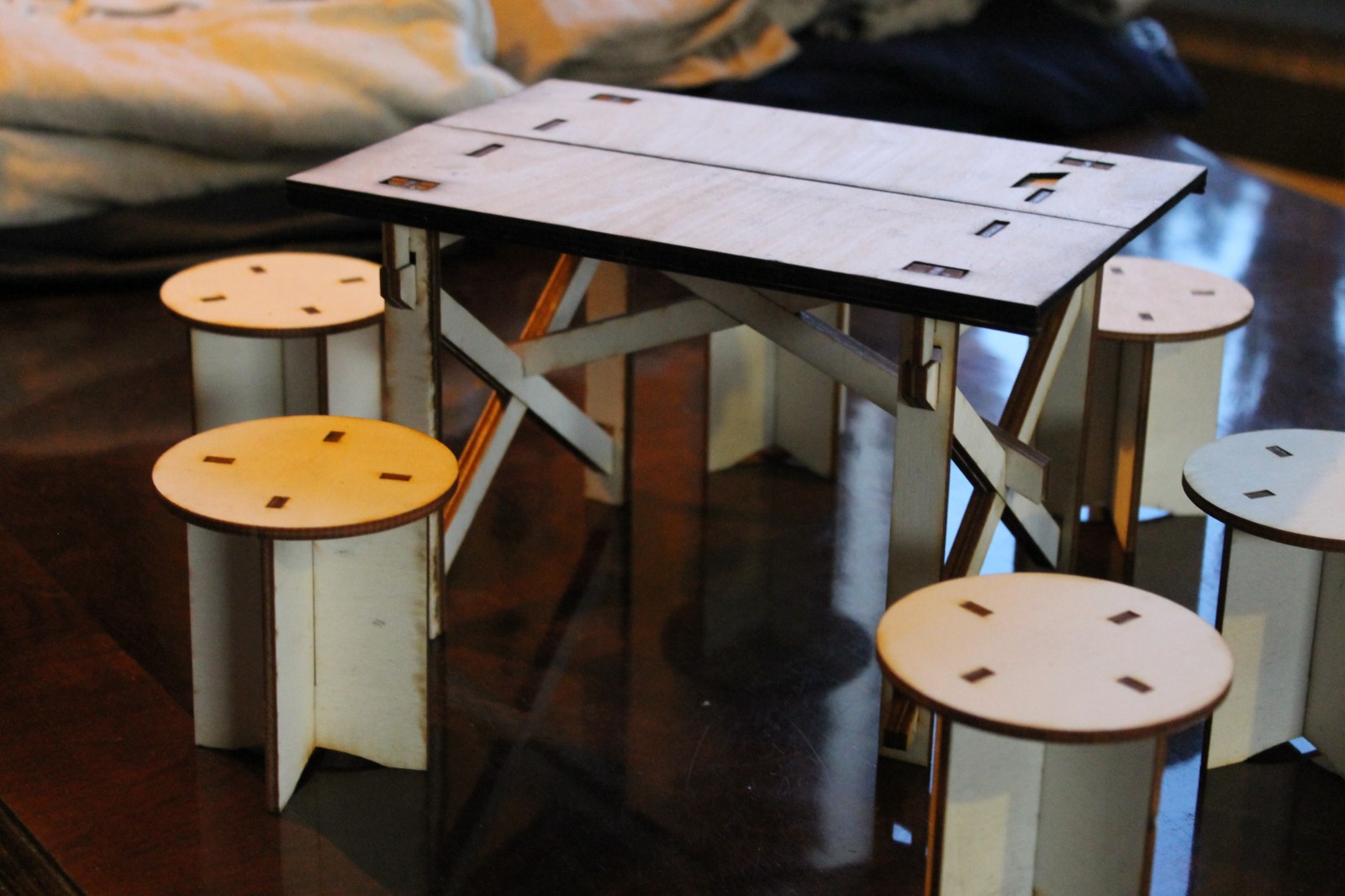 So that worked out nicely and this is how it disassembles: 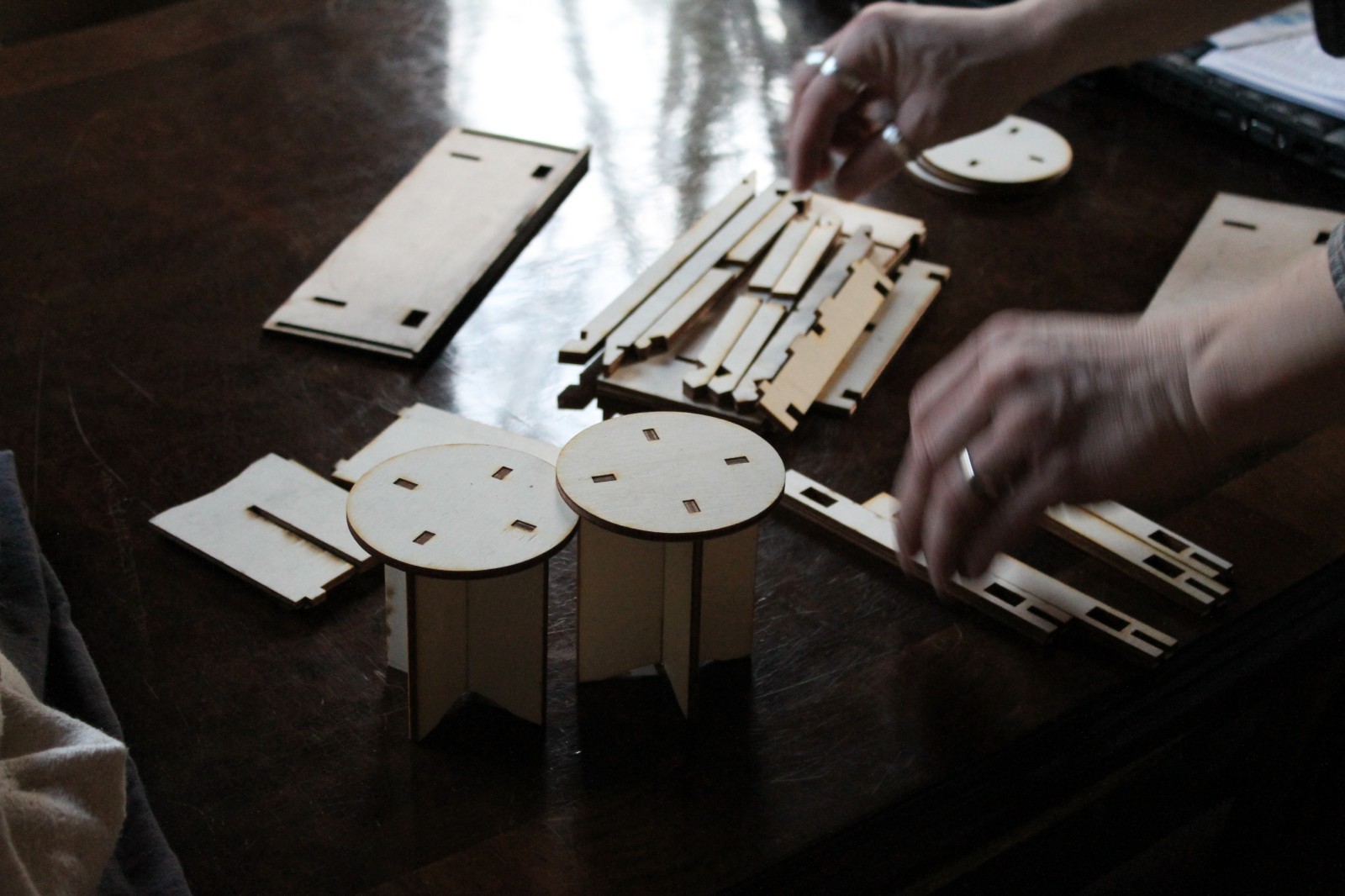 From that point I started to try out how the packaging would work out.After some fiddling I got this: Quite nice so far, but clearly some drawbacks:

- the box is a lot higher than needed, but that was a bit of a given, since I used the parts of a stool to build the small site sf the box.

- the plates to sit from the stools a just a tiny bit to big in diameter to fit 3 of them in one layer.

But not too bad for the first shot.