Foreword: this page led to the creation of #Numitron Hexadecimal display module

I try to stay true to the project's philosophy, which implies the use the technology that was available in the 40's and 50's (or at least, would make sense). Relays, incandescent lamps, carbon resistors, electrolytic capacitors are fair game (even though I use capacitors that are way more sophisticated than what was available then). Good silicon diodes appeared in the 60s-70s but are deemed indispensable so they are OK'd.

Vacuum tubes are in the spirit as well but not my taste : I don't want to have 200V in some wires, or to have to generate any high voltage. 24V is already high enough for me ! So this rules Nixie tubes out (they require 130 to 200V depending on the models). 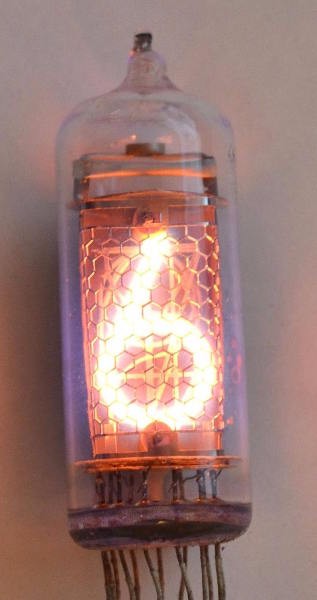 That's sad because Nixies give a really vintage look that adds a lot to the "charater" of the processor as a piece of ... bizarre stuff. And Nixies are interesting because you just need to power one out of 10 electrodes, which fits my decoding system rather well. 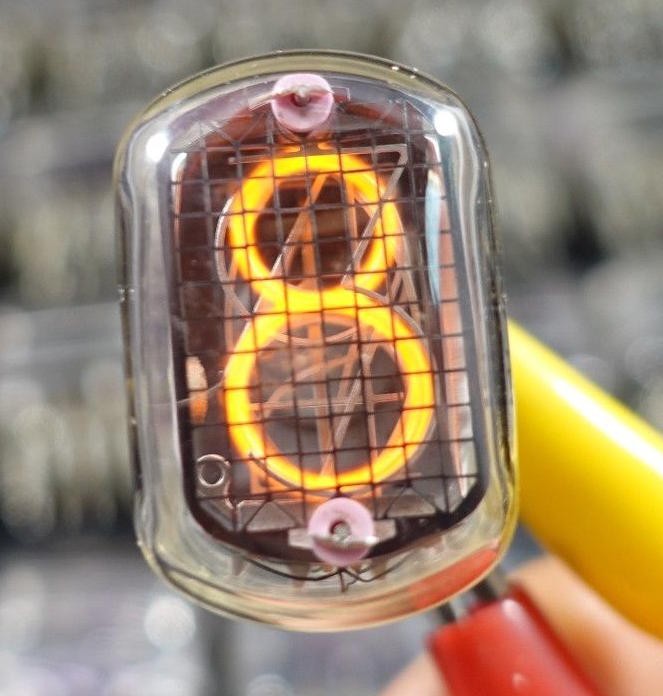 Another kind of Nixie tubes used VFD and work in the 30 to 60V range, which is more acceptable, but they require some power for an electrode (?) and they are organised as 7 segments. The nice side is that they can display hexadecimal digits, but they need a 4->7bits decoder which adds more complexity...

So the digital non-7segments displays are a requirement (at least for the instruction disassembler board). This brings us to the "Edge-Lit Displays" and the #"Lixie", an LED alternative to the Nixie Tube where one (out of ten) panel is turned on.

While searching for different kinds of Nixies, I found this beauty on eBay: 3x IND-1803 Edge Lit Incandescent Displays and 1x IND-1818 nixie tube era (seller boilingflask2426) I guess the "nixie" keyword brought me there... Look at this beauty : 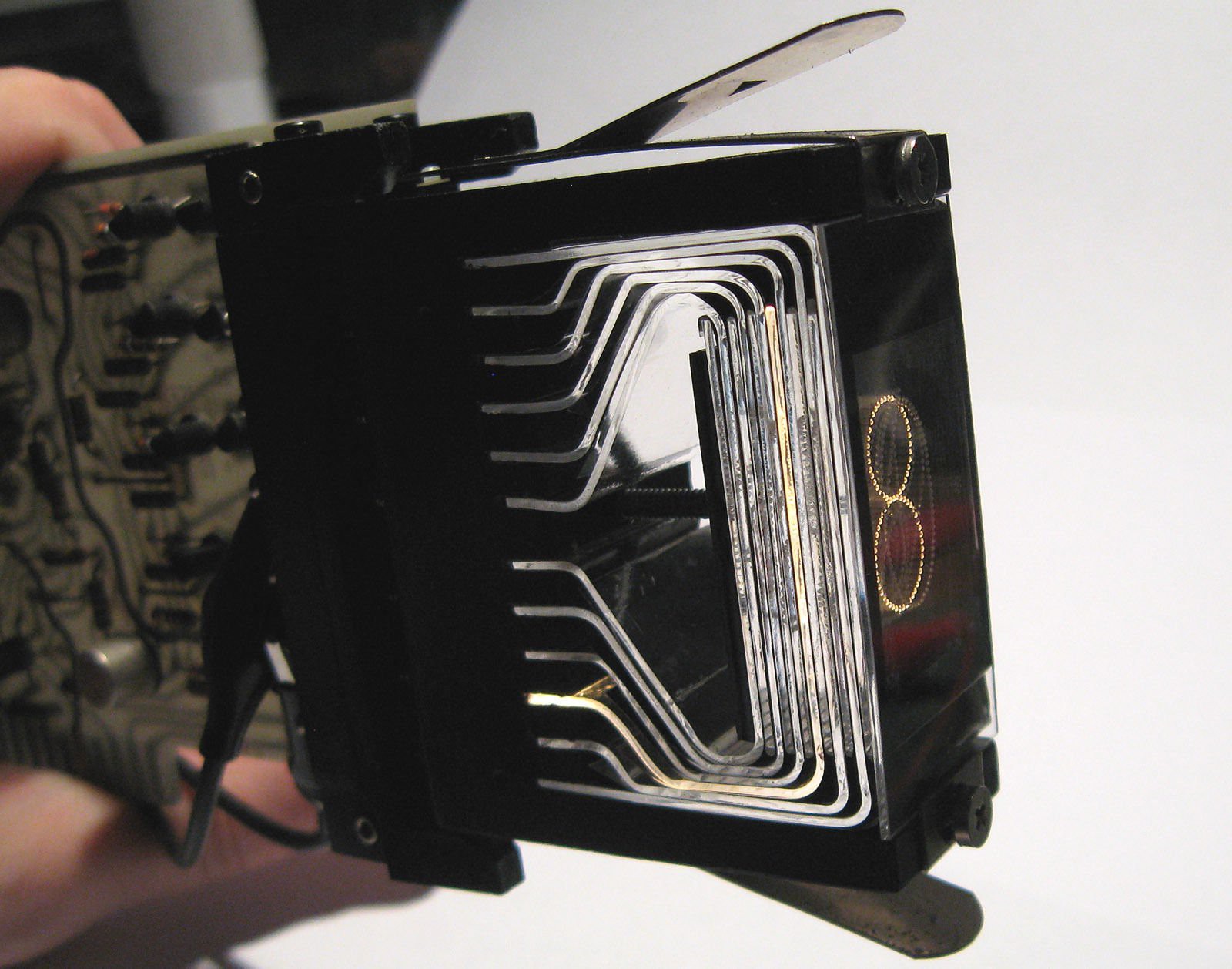 The auction is finished but the page still describes the display modules thusly:

Up for sale is a lot of 3 IND-1803 edge lit displays and 1 IND-1818 display with drivers in good used condition. This is an obscure model of display that has plates with dimples placed in the shape of numbers. The plates are bent back to lightbulbs on the back of the display, when a bulb is lit, the light travels down the plate and lights up the holes. One photo shows the display with the cover removed so the plates can be seen. The IND-1803 displays 0 through 9 and the IND-1818 displays 0 and 1, so there enough displays here to make a 4 digit clock if you can live without 24 hour time. You could also replicate the 3 digit timer from the bomb in the James Bond 'Goldfinger' movie, the prop for which used this style of display. These displays still have their driver cards attached, which includes the hard to find board mount connector for this part. Note that these are the models that have two dots located on either side of the digit instead of a comma, which is good if the buyer intends to use these for a clock. The look of this display with the cover removed can really only be described as "totally awesome".

(note from 20171105: it now occurs to me that these boards are "pulls" from a 50's era early digital voltmeter or something like that... I can't figure which brand or model yet though but look at http://www.hp9825.com/html/dvms.html, or inside this HP3440A

and it looks quite similar to

I'd love to have a similar system for the #Clockwork germanium !

Unfortunately this doesn't look possible at this moment...

And then I stumbled upon another style of "Nixie" tube, I could even qualify as the "poor man's Nixie" but not in the derogatory sense. Let me introduce you to the IV-9, a Soviet-era tube clone of RCA's Numitron, that encloses 8 incandescent filaments to form a lovely, funky 7-segments display. It's not as classy as the usual Nixie but it looks so vintage!

The look is one thing, the electrical characteristics are another : each segment draws 17 to 22mA, under 3.15V to 4.5V. This is totally compatible with the power supplies of the YGREC-РЭС15 ! With the keywords "IV-9" and "Numitron", Google finds enough public informations to get started, such as http://blog.thelifeofkenneth.com/2011/12/numitron-display-tube-tutorial.html

Displaying the digit 8 will draw 22×7=150mA, which is significant but not excessive compared to the power drawn from one relay's coil. That's for one digit and I will install 6 of them. The total consumption could draw up to 1A but certainly less.

I think I'll connect the IV-9s to 3 output ports (3×16 bits) to display numbers or whatnot. The 7-segments decoding will be software-driven with a diode ROM somewhere in the data or instruction space.

This solves one issue I had with how to display data. It's reasonably cost-effective and easy to program, has a great vintage look... But the original concern is still there : how do I display numbers on the instruction disassembler board ?

Of course, let's not forget the flip dots but the assemblies I have are single dots or dot arrays, unsuitable for easy digital display... 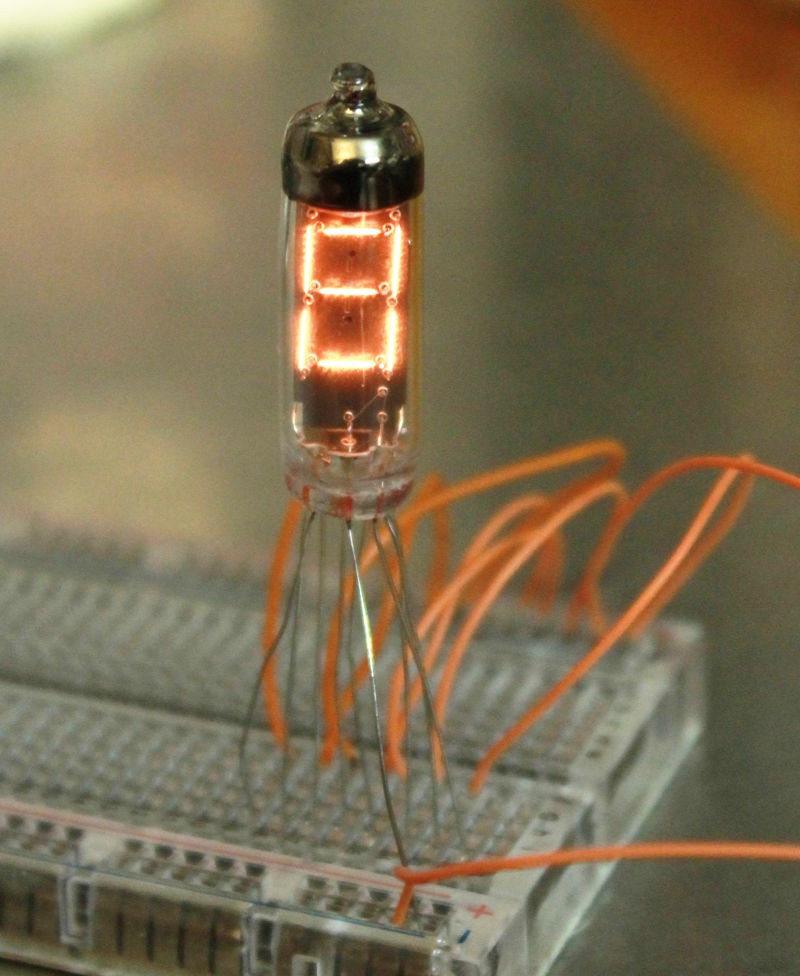 I wonder if the numitrons follow the inverse  power law for lifetime vs applied voltage like other incandescent bulbs? I see it variously quoted as -12 or -16th power, so a very steep curve.

If so, you can greatly extend their lifetime by under-volting them (and they'd look more red, too :) 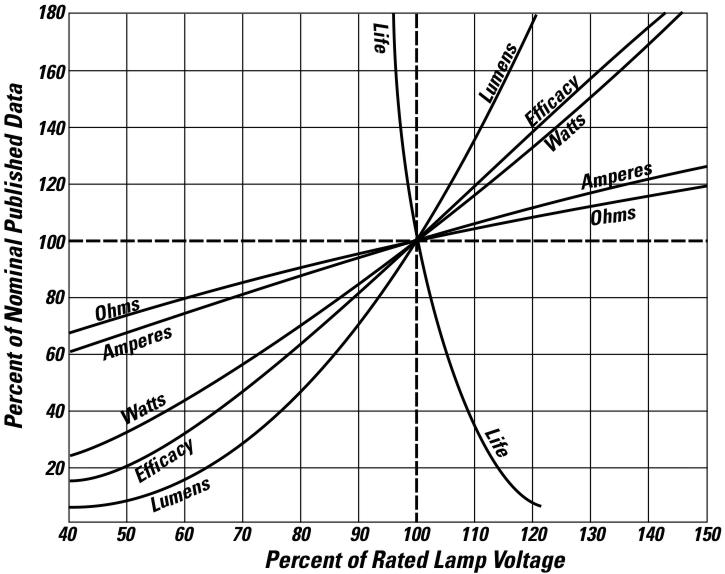 This thought went through my mind of course :-)

For now I power at 3.3V because that's what I have. I don't care much about luminosity so a lower power is nice.

My greatest concern is how to easily decode for 16 segments...