A project log for Networked energy metering and home automation

Networked energy-metering nodes (at 10A 85-265VAC) nodes for home and building automation. And smart capacitive light switches, too!

The wall switch module is fitted into a standard blank wallplate. (The prototype board shown in the photo is slightly smaller than the usable cavity in the plate... I'll make it slightly bigger in the next batch.)

As well as the interface to the microcontroller/RF daughterboard, this board is fairly simple. Most of the usable wallplate area is filled by the two capacitive touch "buttons", which are actuated through the dielectric wallplate.

Two RGB LEDs provide user feedback of the state of the two control "channels", and along with the two Atmel AT42QT1010 touch sensors and pair of LEDs, the power supply components account for essentially everything else on the board. 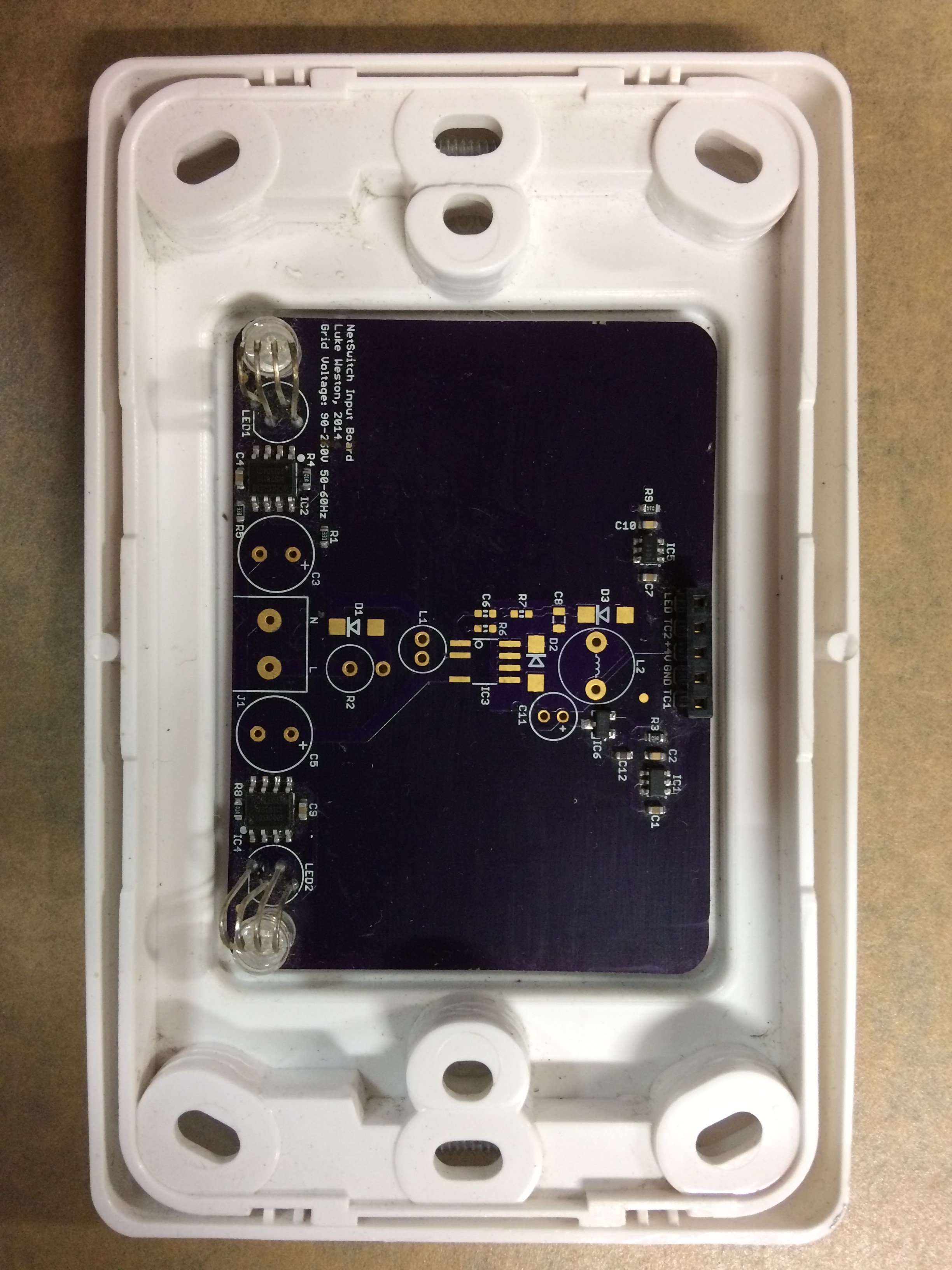 The PCB is glued into place behind the wallplate, and there is no drilling or machining of the wallplate.
This provides easy manufacturing and a sleek, minimalist appearance.

Proximity sensing works straight through the plate, and the plastic wallplate provides a completely enclosed, insulated barrier between the user and the components at AC line potential. This enclosed galvanic isolation barrier removes the need for high-potential galvanic isolation for the line-powered or line-sensing components elsewhere in the system. (The high-voltage buck converter is happy with an input anywhere in the 90-260VAC range, making it worldwide-compatible.)

I couldn't figure out any alternative LED form factor that provides high-brightness RGB in the "flush" form factor desired, but this is simple and cheap, and bending the LED over is not a challenge. A WS2811 serial bus is used to provide control of the RGB LEDs for both sensor channels using only a single pin on the MCU board. (3.3V is passed through to the microcontroller, along with ground, both touch sensor digital channels, and the WS2811 bus.

The high-brightness RGB LEDs are a conventional 5mm form factor, and they're "upside down", through two holes in the PCB, with the protruding top of the LED lens flush with the bottom of the PCB against the white wallplate. These LEDs project a bright spot of light straight through the white plastic - the plastic is translucent enough and the light is bright enough. This means no holes need to be drilled, and no LED mounting hardware is needed.

When the LEDs are off, the system is completely "invisible", with no penetrations or mounting hardware on the plate. 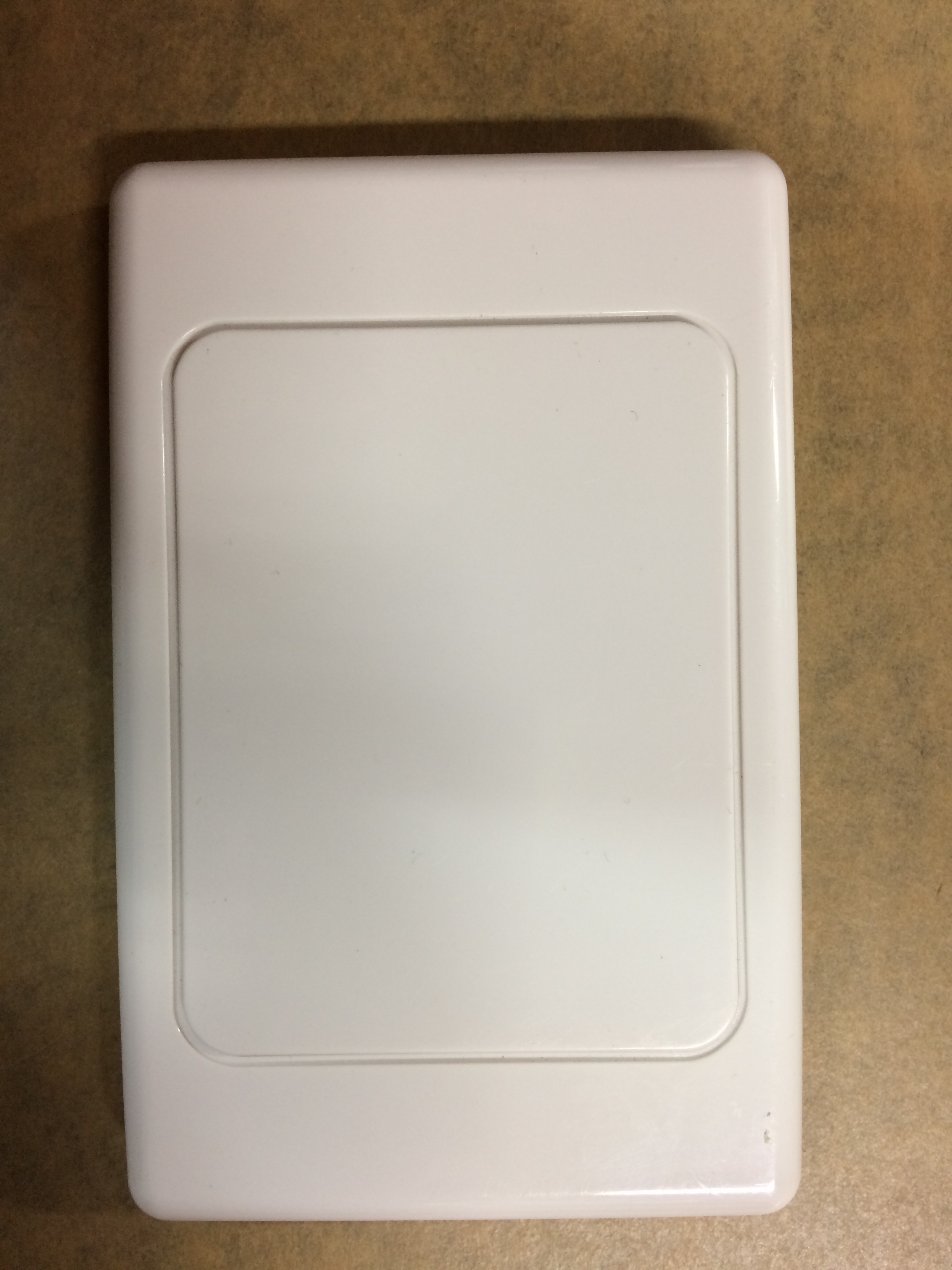 This video shows an older early prototype which is similar, but only has a single touch sensor channel.
Next log