After the Good and the Bad here you are the Ugly USB!

Started to plan the tokens for the translated duckscript file.

The end of line is 0x00, just like the strings.

The end of contents is 0xFF, which will tell the player to stop sending commands.

The remaining keys use their own hid code. 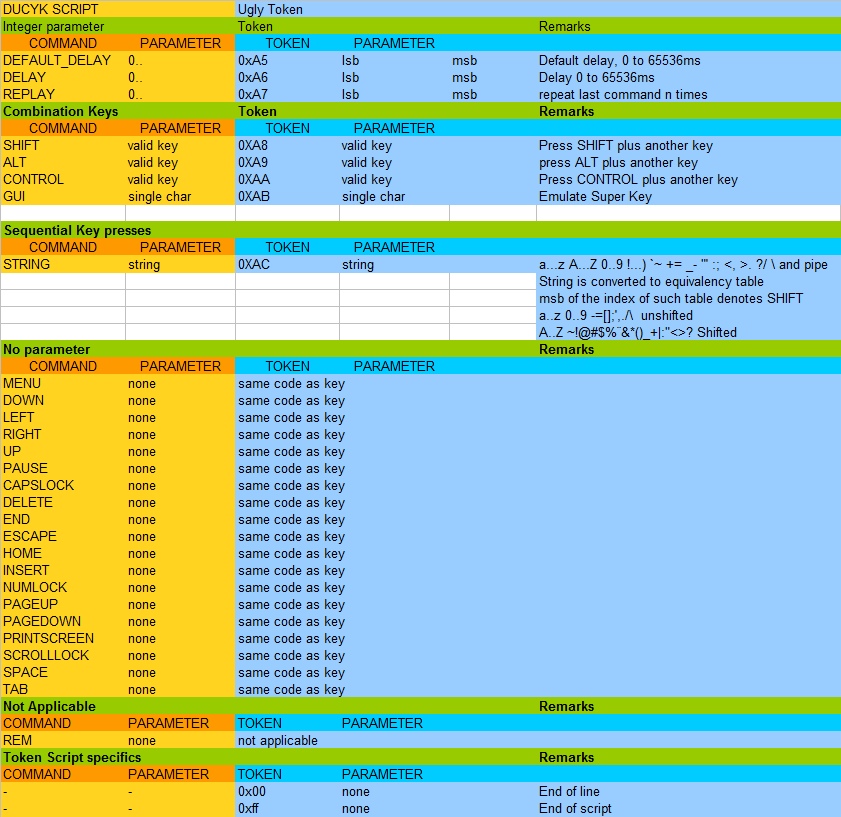 The STRING command parse the following characters up to the next 0x00 (or 0xFF) to differentiate between shifted and unshifted characters.

The REPLAY command uses the saved EEPROM address from the previous command to point to the next instruction to be performed. There is one boolean variable, though, to know when to stop replaying the commands.