After the Good and the Bad here you are the Ugly USB!

During the development of the compiler I realized that some of the definitions could be discarded, leaving room for future improvements in Duckyscript and at the same time added some extensions.

The HOLD token allows a combination of several keys like CONTROL + ALT + T to invoke a terminal on linux systems.

The upper case letters as well as some symbols are preceded by HOLD token plus LSHIFT token in order to produce the desired character, for instance @ is generated by issuing HOLD + LSHIFT + KEY_2 (0xAF, 0xE0, 0x1F)

I suspect that further improvements on the compiler might render this command useless.

The latter two commands are only defined by now and both are yet to be implemented.

The new Token specification can be seen in the table below: 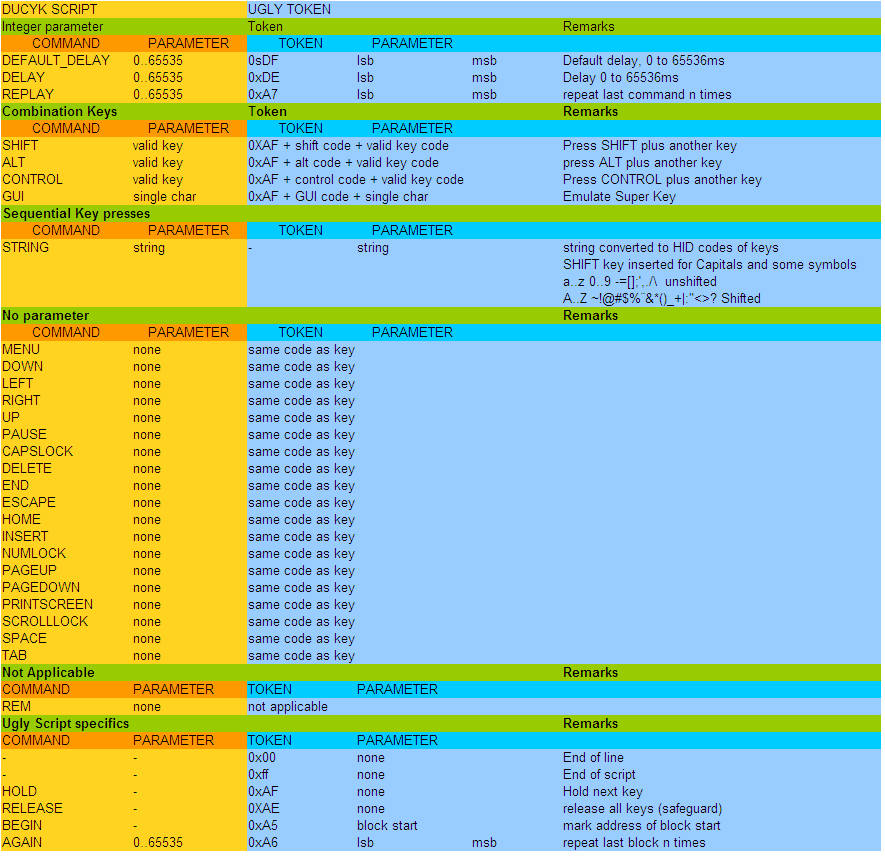 Initial release of the compiler